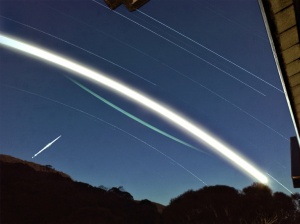 The Systems Engineering class invites you to 2 guest seminars by Prof. Michele Luglio, University of Rome Tor Vergata and the NITEL Consortium. The seminars will focus on Satellite Networks and Telecommunication Systems.

Satellite systems conceived, designed, realized and deployed for telecommunication purposes are complex enough to deserve a systems engineering approach for all their life cycle. In fact, several complex aspects must be considered for the successful implementation of such systems.

Firstly, the mechanical aspects concerning the orbital choice with related implications in terms of coverage, propagation channel, costs of injection in orbit, dimension of the satellite. Secondly,  the platform over which to develop the electronic part of the satellite.Currently available spacecraft are limited and each has its own constraints. Third aspect is the telecommunication, in strict sense, technology developments. They concern the communication standard (modulation, coding, multiple access, network protocols, etc.), the power needed to satisfy Bit Error Rate requirements (primary quality parameter in any telecommunication system), amd the service and user requirements that are then mapped into system requirements.

Last but not least, the ground segment is crucial to identify and satisfy the target market segment both in terms of performance and costs. Definitively, satellite systems can be classified as Systems of Systems because they involve mechanics, electronics, computer science, telecommunications, market and business models.

The seminar will introduce the main characteristics of constellations (GEO, LEO, MEO, HEO) utilized for telecommunications. Then, the system components will be described: Space segment (Payload), Ground segment (NOC, User terminal) and the integration with terrestrial networks will be addressed. Finally, currently operational services and applications will be addressed to approach the requirements definition (Throughput, Quality of Service, BER, etc.) which will be dealt with regard to a specific study case.

Seminar 2 Satellite networks: the skyway to the Internet

Satellite systems can typically play an important role in the information society thanks to their intrinsic capability to serve large areas, to cover where terrestrial systems are not available, to guarantee service continuity in case of disaster, and to even bridge the digital divide. The advent of Internet in daily life in the last decade (social networks, games, shopping, banking, education, medical assistance, etc.) and the challenge of the new requirements (full mobility and ubiquity) and paradigms (Cloud Computing, Software Defined Networks, etc.) increase the importance of this component of the network and challenge researchers to provide improved performance.

The use of P network protocols implies an adaptation to the new paradigms, taking into account the characteristics of the satellite infrastructure.

In particular, the transport protocol TCP (Transmission Control Protocol), which is based on a growing-decreasing window concept to perform congestion control, which is then greatly dependent on the Round Trip Delay (RTT), is negatively affected by a satellite due to the huge delay. Standard TCP over satellite links limits capacity utilization. It is responsible of the difference between the assigned and the experienced capacity.

This protocol is of paramount importance because it is used for almost all Internet applications and recently its use was enlarged to applications traditionally served by UDP (User Datagram Protocol), such as streaming, because it is provided through http protocol.

We can state that the Internet needs satellites to enhance coverage, to guarantee long range mobility, to ensure connection when and where terrestrial facilities are not present or out of order, but also that Satellites need Internet to distribute data efficiently and in standard way, to provide security also to Earth Observation data. Furthermore, satellite systems must tackle new paradigms such as Cloud Computing, Software Defined Network, Network Function Virtualization, Full Mobility, and Security.

Prof. Michele Luglio received the Laurea degree in Electronic Engineering at University of Rome “Tor Vergata”. He received the Ph.D. degree in telecommunications in 1994.

From August to December 1992 he worked, as visiting Staff Engineering at Microwave Technology and Systems Division of Comsat Laboratories (Clarksburg, Maryland, USA).

He received the Young Scientist Award from ISSSE ‘95.

From 1995 to 2004 he was research-teaching assistant at University of Rome “Tor Vergata”.

In 2001 and 2002 he was visiting Professor at the Computer Science department of University of California Los Angeles (UCLA) to teach Satellite Networks class.

He works with ESA, ASI, EC on designing innovative satellite communications systems and coordinates the laboratory of the Satellite Multimedia Group at University of Rome Tor Vergata (www.tlcsat.uniroma2.it).

He is author of more than 130 international publications.