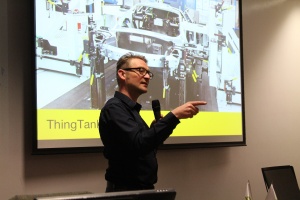 “Would you like to know why we’re wearing a camera and recording everything without your permission?” Professor Chris Speed teased his audience at Skoltech, but only half jokingly. The Design Informatics professor from the University of Edinburgh and his Thing Tank team observe, record and analyze the way we interact with everyday objects .The researchers grapple and tinker with some of the most intriguing questions brought up by the rise the Internet of Things: When everything is connected, can things design things? Can a tea cup go online and decide to interact with a kettle to create a social network of objects? Can a massive data set be mined from a fork and inspire surprising new designs and uses? Yes, yes and – once more – yes.

“Things are not what they used to,” explained Speed, “They are constituted on part data and part materials . In the age of IoT, every object collects and exhausts data. What do you do with the data? Currently data flows linearly from a few superstar designers to the rest of us. Thing Tank is an interdisciplinary team trying to figure out how objects can evolve and contribute to innovation. We think of how to develop the next phase and bring the things around us to become part of the design culture. What would it be like if things themselves become part of design process?” 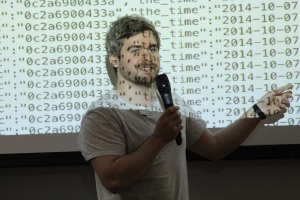 In order to find out, the researchers, whose project was competitively selected for the Skoltech Ideas Lab Program, used  “Thing Centered Inquiry Methods”. One of these is the Autographer Study. A camera and sensors are mounted on an object such as a tea cup. The sensors switch on the camera only when there is a major change in the object’s environment.

In that manner data is collected when the tea cup interacts with us humans, and other objects. It turns out that things have personas. For example: a cup is typically coupled with a computer. It does not just hold tea. It ‘wants’ to be a companion.

Prof Elisa Giaccardi of TU Delft wrapped up the Thing Tank presentation and initiated a discussion about the future of innovation: “Things begin to open up new spaces for innovation. In the past after things were manufactured they couldn’t be changed. Nowadays objects have more possibilities and some of them are totally unexpected . They are invisible to the human eye. Thing tank creates a platform for products and services to reinvent themselves.” 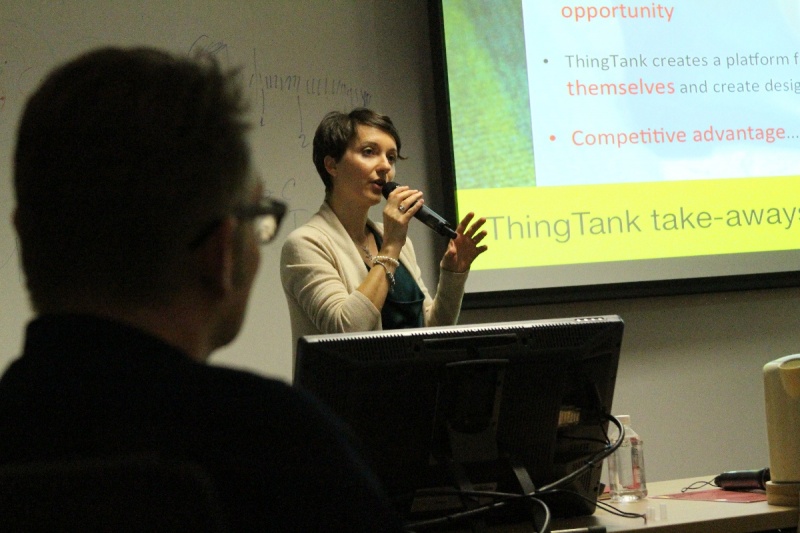 Prof Elisa Giaccardi , TU DELFT at Skoltech: “. Thing tank creates a platforms for products and services to reinvent themselves” 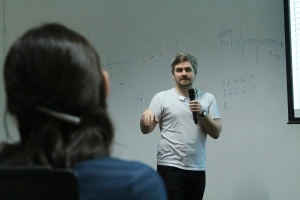 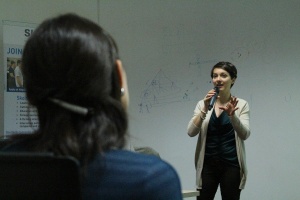 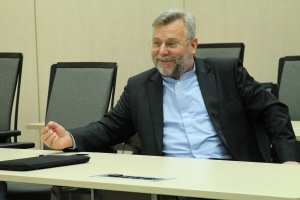 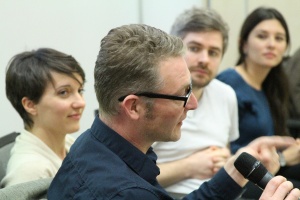 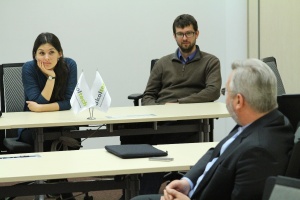 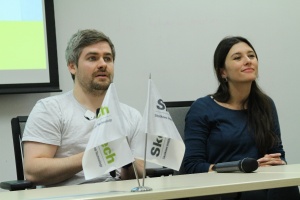 * The Skoltech Ideas Lab Program created by the Skoltech Center for Entrepreneurship and Innovation and MIT. The Skolkovo Institute of Science and Technology (Skoltech) is a private graduate research university in Skolkovo, Russia, a suburb of Moscow. Established in 2011 in collaboration with MIT, Skoltech educates global leaders in innovation, advances scientific knowledge, and fosters new technologies to address critical issues facing Russia and the world. Applying international research and educational models, the university integrates the best Russian scientific traditions with twenty-first century entrepreneurship and innovation.