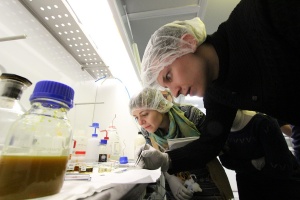 Smartphones with curved screens, super stretchable speakers, and keyboards that can be folded and rolled to a tiny film.

These might all seem futuristic, but such innovative products might soon be available on the market, thanks to nano materials research performed at Skoltech in Moscow and Aalto University in Finland by joint teams of scientists.

The visitors worked along with Finnish colleagues and local instructors to gain hands-on experience of the technologies and methods used to operate a unique gas-phase reactor, synthesize highly conductive nano-carbon tubes utilizing graphene, and test the materials’ characteristics, for example its ability to stretch and fold much more than materials currently used by electronics companies.

The teams then analyzed the results using tools such as electron microscopes and spectrometers. The lab experience is a first step in a long process, as researchers intend to conduct numerous  experiments over the next year or two – until they can produce stretchable and flexible electronics that can be commercialized. 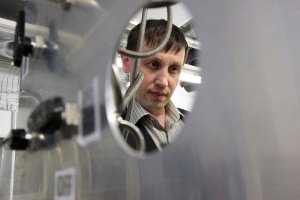 Professor Albert Nasibulin examines a carbon nanotube reactor at the lab he had helped set up at Helsinki University of Technology (nowadays Aalto University) in the early 2000s. Recently, he has moved to Moscow where he leads nanomaterial research and teaches at Skoltech.

The state of the art facility in Finland had been established by Prof Albert Nasibulin in 2000, who later moved to Moscow and now teaches and conducts research at Skoltech. Nasibulin said: “What is being done here is potentially revolutionary.  The next big phase is to enhance the process of carbon nanotube synthesis so that the end result is more conductive and flexible than anything available now.  We are aiming at combining carbon nanotubes and graphene”, he pauses, “like husband and wife”.

This match made in a reactor is the end goal of teams from both universities.

The masters and PhD students also visited the production plant of Canatu, a spin off company established by Nasibulin and three other partners from Aalto a decade ago.

The start-up, which raised 22 million $USD in three rounds of funding, focuses on transparent conductive and programmable films for new applications from car dashboards to tablet screens. Dr David Brown, a shareholder and Canatu’s CTO, presented the company’s development plans and commercialization prospects.

Researchers from Skoltech and Aalto plan to continue the collaboration in the near future and on a long term basis. 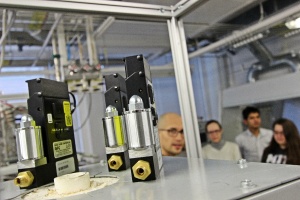 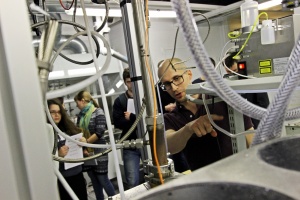 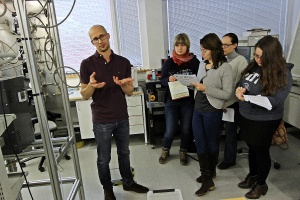 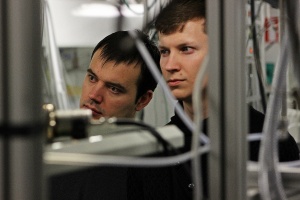 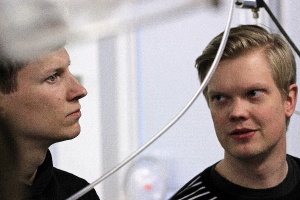 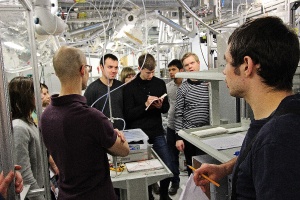 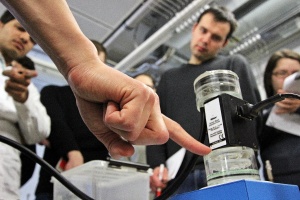 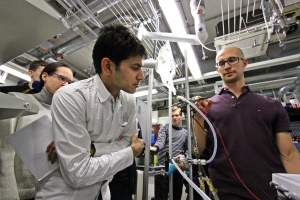 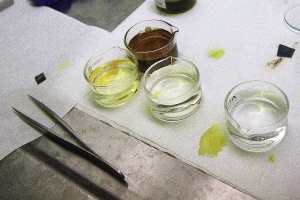 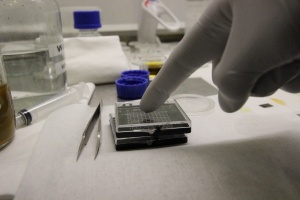 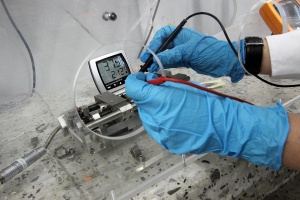 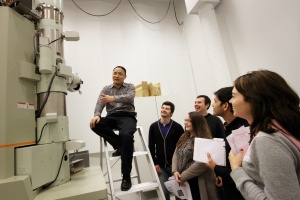