“In fair Verona, where we lay our scene”.  What would happen if the quintessential opening line from Romeo and Juliet, written by William Shakespeare, was read out as “in fair Moscow..”?

Skoltech IT students, with the guidance of Professor Anatole Gershman of the Language Technologies Institute at Carnegie Mellon University, were asked to tackle one of the biggest question in information technology: how can developers harness the immense power of super computers, social networks and sophisticated algorithms to communicate better – not only with the machines but with other people.

The students’ efforts resulted in an array of applications and prototypes, showcased at the Language Technologies final presentations event.

Projects varied from a smart CV writing application that might help you survive the merciless resume screening that companies such as Google or Intel use when they assess job applications; “Moscow Social” – an app that measures the mood in different parts of the city by analyzing emotions expressed in tweets; novelty detection in news articles; an application that recognize’s a film’s name by analyzing one short quote a user might remember (similar to the way the Shazam app identifies whole music tracks from brief samples);  improved text prediction and better ‘auto-correct'; and even poetry reading assistance. Which brings the discussion back to Shakespeare: this app can help people who misread texts by the bard, or any other writer for that matter. 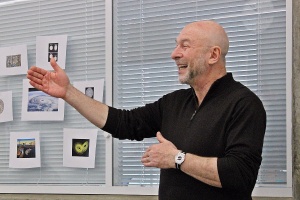 Anatole Gershman who taught the Language Technologies course at Skoltech is a professor at Carnegie Mellon University.

Prof Gershman: “The  whole point is to develop solutions to real world problems. My experience tells me that nobody learns only from listening to lectures – you need to learn by doing. This is what the course was about and this is what Skoltech is about.

“The students were asked to create six mini-projects and then develop a final big project. Some of the things we have seen here today were very impressive so I cannot wait to see these prototypes grow into commercially viable projects.”

Some of the students said they are in talks with leading communications and IT companies. Others have pitched their projects to polling centers and e-commerce operators. 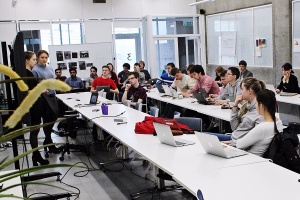 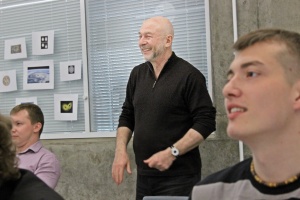 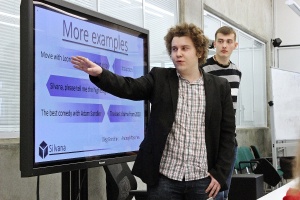 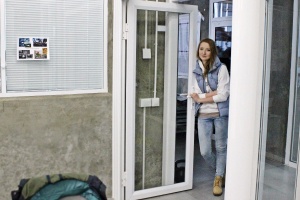 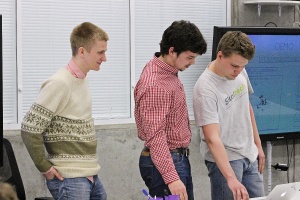 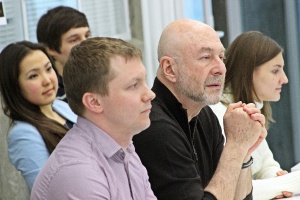 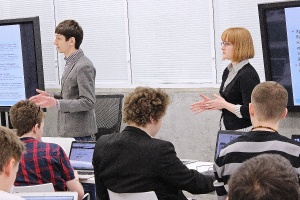 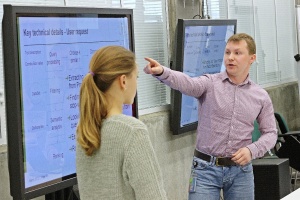 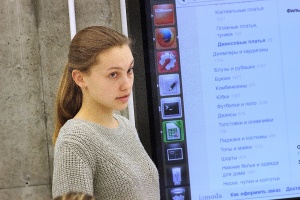 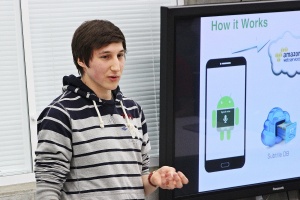 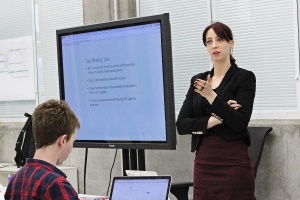 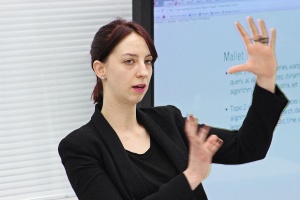