The Scopus Award program, organized annually by Elsevier Publishing, was established in Russia in 2005.

At a ceremony held at the Skolkovo Innovation Center in Moscow, Severinov was awarded for his contribution to the development of science in Russia and around the world. He is the first Skoltech scientist to be bestowed with the honor.

The Scopus Award program is organized annually by Elsevier Publishing, a leading provider of scientific information. It was first introduced in Russia in 2005 with the aim of supporting scientific research and honoring the country’s outstanding scientists.

Severinov, a biomedicine researcher whose work focuses on RNA transcription, bacteriophage development and interaction with bacterial hosts and structure-activity analysis of peptide antibiotics, commented on the award’s significance: “Getting an award is undoubtedly a pleasant experience, it is like candy to a baby.

“Knowing that this prize was previously given to no others that Academicians Khokhlov and Archakov makes me so humble: I literally stand on the shoulders of the giants,” the laureate added.

This year’s event was co-hosted by Elsevier and the Russian Ministry of Education and Science. The Scopus Award is supported by the Russian Academy of Sciences, The Russian Foundation for Basic Research, the Skolkovo Foundation and a number of leading universities. 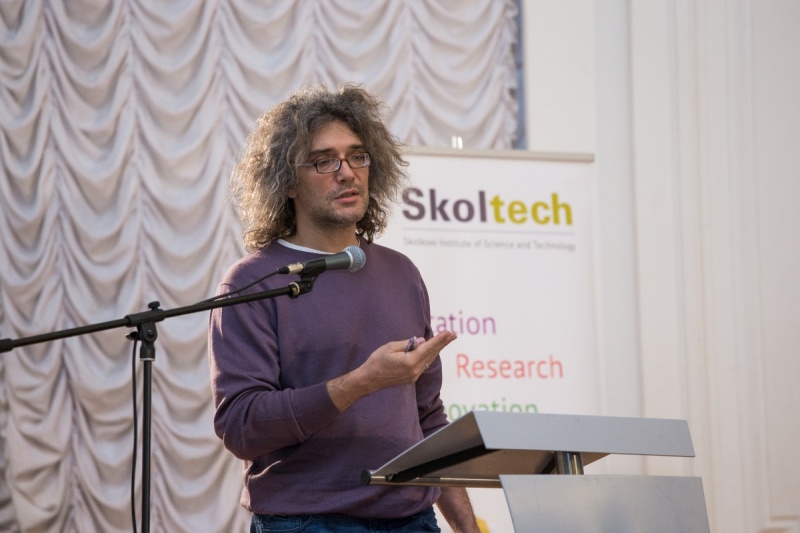