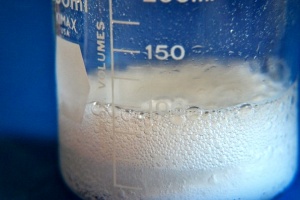 Absolute zero is the point at which the fundamental particles of nature have minimal vibrational motion, retaining only quantum mechanical, zero-point energy-induced particle motion.

Since people carried out the first chemical reactions, they have been asking themselves a whole lot of questions. How exactly do such processes occur? Why do certain substances react with each other in a certain way? How can one control them? The search for answers led to the development of a wide range of methods for analysing chemical reactions at the atomic and molecular level taking into account their quantum nature. One such method was recently developed by Alexey Buchachenko, a professor at Skoltech, Moscow State University and senior researcher at the Institute of Problems of Chemical Physics, RAS. The newly developed method can help predict with high precision at least the upper bound of a chemical reaction rate in ultra-low temperatures. It is also useful for determining the effect of external factors on the reaction behavior. These findings were reported in the New Journal of Physics.

For long, understanding of the chemical reactions, including the most important ones, was rather slow pace. Of course, the scientists realised much more beyond the simple fact that mixing two substances together could cause a chemical reaction and new substances being produced. Already in the 19th century it was already known that external conditions, such as temperature and pressure, influence the reaction yield and rate, and catalysis had become the foundation of the largest-scale industrial chemical processes. Chemical kinetics, the science considering the mechanisms and rates of chemical reactions, experienced a real boom in the first part of the 20th century.

Discovery of quantum mechanics and, to a large extent, developments of experimental and computational capabilities provided the springboard for getting to the next level of understanding chemical reactions – the level of chemical dynamics. Unlike chemical kinetics, which studies specific substances (kinetic equations describe the changes in the concentration of individual chemical species participating in the reaction over time) and is not always capable of identifying the nature of such changes, chemical dynamics studies temporal evolution in the population of quantum states of reagents and resulting products. Chemical dynamics explores these changes on the scale of an elementary act – a single ‘meeting’ of two (much more rarely – three) molecules.

A breakthrough in atomic physics of low temperatures lent new impetus to the development of chemical dynamics. Creation of low temperature ensembles – ‘cold’ and ‘ultracold’ atoms and molecules – enabled the study of chemical reactions at the temperatures that are only millionths or thousandths of a degree higher than the absolute zero. What reactions can happen at the temperatures at which reagents move towards each other extremely slowly? Those where a rupture of one chemical bond and a formation of another bond does not require additional energy input – the so-called ‘barrierless’ reactions that usually involves radicals (systems with unpaired electrons) or ions. If we apply classical mechanics – which describes our macroscopic world – to describe these reactions, we will easily find that the rate of a barrierless reaction at the temperatures approaching absolute zero will increase to infinity!

The reason for such an absurd result lies in the violation of the classical description of translational motion of the reagents. At low temperatures (although it is better use the term ‘low kinetic energy of particles’) quantum effects become important not only for internal degrees of freedom of molecules, but also for its motion as a whole. There is a well-known ‘paradox’ of quantum mechanics – wave-particle duality. As soon as the de Broglie wavelength, which characterises a particle of certain mass and energy, becomes comparable with a characteristic scale of interaction between the particles, the laws of classical mechanics cease to apply. Consistent consideration of the barrierless reactions within quantum mechanics duly provides the right result – the reaction rate at zero temperature limit is finite.

These qualitative conclusions are well-known. However, as is often the case with theory, it is much easier to consider the threshold situations, such as dynamics at absolute zero, than to simulate the conditions of real experiments. This requires numerical methods that help solve quantum mechanics equations with high precision. One of such methods was suggested for the dynamics of barrierless reactions by professor Alexey Buchachenko, who is known for his work in molecular spectroscopy, chemical dynamics and theory of intermolecular forces. 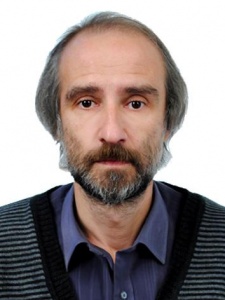 Alexey Buchachenko and Timur Tscherbul from the University of Toronto (Canada) have recently studied the chemical reaction Li + CaH → LiH + Са in the range of temperatures between 10-8 and 100 K and published the results in New Journal of Physics (http://iopscience.iop.org/1367-2630/17/3/035010/). They established the temperature at which the crossover from classical to quantum regime occurs. It turned out that the laws of classical mechanics apply reasonably well at much lower temperatures than previously thought. More importantly, they found that reliable estimate of the reaction rate even close to absolute zero can be made by simple combination of the classical models and known limiting formulas of quantum mechanics. The choice of such an exotic reaction in this research can be easily explained: the methods of forming cold molecular ensembles are rather limited and calcium hydride, along with the dimers of alkaline metals, is one of the few molecules available for experiment. The experiment with Li + CaH → LiH + Са reaction at the temperature of about 1 K was carried out by the group of professor Jonathan Weinstein at the University of Nevada, Reno (USA) three years ago and its results were used by theorists to assess the precision of their models and methods.

Scientists are convinced that the method they suggested can be used to study the effects of intermolecular forces in chemical reactions with other molecular radicals, such as ОН, NH and more complex ones. According to the scientists, the advantage of their method lies in the possibility to consider the influence of external electromagnetic fields on the dynamics. It is well-known that, for instance, magnetic field splits up the degenerate states of atoms and molecules (this principle – also known as Zeeman effect – underlies powerful methods of nuclear magnetic and electronic paramagnetic resonance). This splitting is usually too small compared with the kinetic energy of molecules at normal temperatures. However, at low temperatures, excitation of magnetic sublevels should have as strong an influence on the reactivity as the excitation of reagent’s internal degrees of freedom.

Consequently, professor Buchachenko’s research led to the development of a new theoretical method for studying chemical reactions, which can help scientists explore the interaction between atoms, molecules and ions at low temperatures and, potentially, control chemical reactions with the help of external fields.