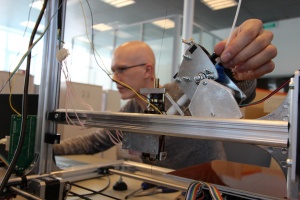 A proposal for a large scale 3D printing project submitted by researchers at Skoltech’s Center for Data Intensive Science (CDISE) was selected by the Russian Science Foundation (RSF).

The proposal, titled “Efficient Methods for Design of Engineering Structures, Products and Meta-Materials“, has been submitted by  Founding Faculty Fellow Prof. Denis Zorin and the Scientific Computing group led by Prof. Ivan Oseledets of CDISE.

The researchers propose to develop new computational techniques and software that can significantly improve industrial scale 3-D printing (also called additive manufacturing).  It is the first time that scientists from the Moscow-based technological and innovation university are awarded funding through this mechanism. Although industrial scale 3D printing is still widely regarded as a novelty, Prof Oseledets believes the technology has the potential revolutionize many more areas of applicable research such as engineering and biomedicine technology. 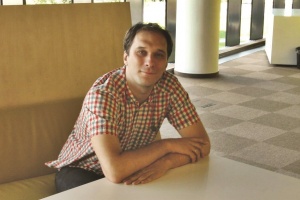 Prof. Ivan Oseleders heads the Scientific Computing Group at Skoltech and is one of the CDISE researchers that won the Russian Science Foundation grant

“Domains that could benefit include customized wearable devices, prostheses and scaffolds for implants” commented Prof Oseledets, “as well as material science, for example functional micro-structured materials, and civil engineering applications like freestanding structures.

The RSF competition is designed to provide support for top-priority research areas. Thousands of proposals were submitted to the competition thie year, with a total of 197 projects winning grants. Funding will amount to six million rubles a year (almost $116 thousand USD) over a period of three years.

The Skoltech CDISE project annotation emphasizes that “one of the key advantages of additive manufacturing, compared to conventional methods, is that cost is mostly unrelated to the complexity of the objects. This enables development of novel structures and meta-materials (materials with properties determined by their mesoscale structure) with unique properties.

“Developing such complex structures requires a new generation of computational tools building on the theoretical foundation of topology and shape optimization developed in the past, while integrating new efficient approaches for solving large-scale problems and the practical constraints resulting from requirements of specific manufacturing processes.”

“The project we propose will lead to the development of novel computational techniques and software that has a significant potential to impact additive manufacturing both for engineering and biomedical applications.”