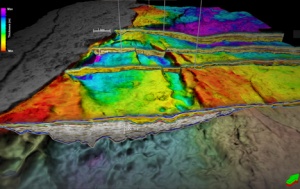 Skoltech is pleased to invite scientists and the public to a seminar on “Novel Geophysical Seismic Imaging Techniques for  Characterizing Earth Formation Properties”. The lecture will be delivered by Dr. Marwan Charara.

The purpose of geophysical seismic imaging is to provide an image of the Earth’s subsurface in a non-destructive way.

Classical seismic imaging techniques, also referred to as “seismic migration”, provide a satisfactory solution for describing the shape of the potential hydrocarbon reservoir but they fail to characterize its physical properties such as the fluid content. To properly characterize the physical properties of Earth formations, we need to take into account all the physics contained in the seismic data.

For that purpose, on one hand, it is necessary to develop accurate forward modeling tools such as high order finite element method (Spectral element method) to describe the seismic wave propagation phenomena in its rheology complexity and properly model the complexity of the geological interfaces and topography. This simulation scheme should also be well suited with the new HPC hardware, i.e., GPU. On the other hand, we should also develop new inversion techniques, such as the “full waveform inversion”, to solve for very large number of parameters. These techniques allow us to retrieve the spatial distribution of the different physical field quantities.

In this presentation, I will start discussing the forward modeling and associated inverse problems in seismic imaging and then I will further elaborate on the more ambitious task of coupling seismic and electromagnetic measurements through the electrokinetic phenomena. The latter is related to characterizing the fluid flow in the reservoir and in turn is used to evaluate the key parameter for oil production, the permeability of a hydrocarbon reservoir. 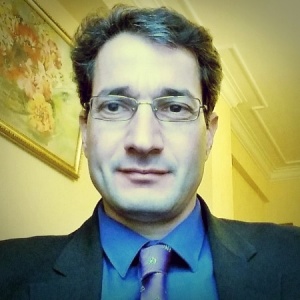 He received his MS and PhD degrees in geophysics from the Institut de Physique du Globe de Paris in 1996 under the supervision of Prof. Albert Tarantola. After his PhD, he joined Schlumberger Riboud Product center (France) where he worked and supervised various research projects: borehole seismic interpretation, reservoir monitoring and control, permeability logging and wireless telemetry.

While in Schlumberger, from 2003 to 2004, he was in secondment at the Institut de Physique du Globe de Paris in the rock physics department investigating the electrokinetic phenomena on rock samples for logging purposes. He also thought a course on logging and formation evaluation. In 2006, he moved to Schlumberger Moscow Research Center where he was in charge of the research program “Multi-physics numerical modeling and full waveform inversion”.

He actively contributed in the conception of new generation borehole seismic tools and sonic logging tools. He is the inventor of a new logging tool based on the electrokinetic phenomena. In 2014, he was promoted to Schlumberger Scientific Advisor in recognition for his outstanding and leading research role within the organization. He holds more than ten patents and has published over fifty technical papers in leading scientific research journals and proceedings.