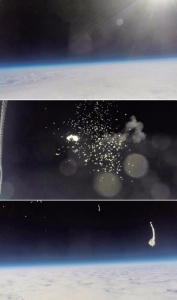 The edge of space (from top): 1. The Earth’s stratosphere, pictured from a platforms launched onto space by the Skoltech / MONSTER team. 2. Stratospheric balloon’s rupture 3. Experimental SDR platform begins its descent to Earth.

“The software defined radio is not responding”, Rustam Akhtyamov whispers, leans forward and fixes his gaze on the laptop screen standing in front of him. And soon it’ll reach the stratosphere. And then…” He lets out a little weary sigh.

The system engineering researcher is hoping to receive a signal from two computer systems launched into near space a few seconds ago. One, fondly called Behemoth, is alive and well, sending a healthy signal. But the other, dubbed Leviathan, has gone mute.

“Come on, transmitter, talk to us”, implores Ignasi Lluch I Cruz, Akhtyamov’s colleague at Skoltech and principal investigator at MONSTER – Mobile Networking for Space Technology Experimental Research. The MONSTER team is taking part in the Global Space Balloons Competition, where 299 teams in 47 countries compete by simultaneously flying high altitude balloons. But the team has even higher aspirations.

Perched on rickety folding chairs in the middle of a semi frozen field 200km east of Moscow, Lluch I Cruz and Akhtyamov lead a group of ten scientists and students conducting a potentially revolutionary experiment. They are striving to demonstrate how space systems such as satellites can not only ‘talk’ to one another but, crucially, share resources and collaborate.

This federated system, envisioned by Skoltech professor Alessandro Golkar, who is also present at the swampy launch site, is fashioned after the most efficient communication network in the world: the internet. 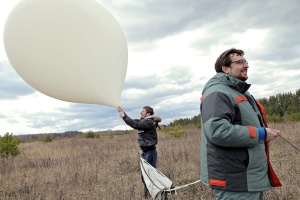 Golkar, who heads Skoltech’s SIRG (Strategic Innovation Research Group) is hovering just behind the research team, letting them tackle the critical problems on their own, while quietly hoping they find a solution within the next few seconds. “The whole idea is to demonstrate that if one transmitter fails to send signals down to earth while floating, say, at a height of 30 km, the other system that we launched can compensate for the breakdown. The mode that does work can receive that crucial data from the malfunctioning one and relay it back to the ground station,” he explains. “So essentially this experiment is meant to provide proof-of-concept of ‘space as a service’ or a ‘satellites on demand’ system.”

While he elaborates PhD student Hripsime Matevosyan fine tunes the direction of the ground station antenna. She hopes to pick up a stronger signal. “Another two degrees to the east, half a degree up”, Lluch I Cruz asks her while monitoring the telemetry data on the laptop screen. A few seconds go by. The cold wind is picking up. Then the usually subdued Akhtyamov waves his hands in the air. “I have it. I see the signals from both systems.” He is shouting and high fives Lluch I Cruz.

“Yes!” says Matevosyan and breathes a sigh of relief. The Armenian born scientist, who has recently won the prestigious Emerging Space Leaders grant, awarded by the International Astronautical Federation, explains that her research focuses on “a kind of opportunistic relay between space systems. It is extremely relevant for science but also for commercial markets.” 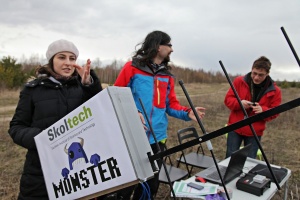 Skoltech / MONSTER team members (from right) Akhtyamov, Lluch I Cruz, Matevosyan. The space researchers attempted to provide a proof-of-concept for a federated Satellites System that will enable small Cube-Sats to share resources in a “space internet” model.

“Federation can help small satellites, including CubeSats”, Golkar adds, referring to one of the latest trends in space research, “because they’re limited in their ability to send data. A federation can make life easier for all its elements, or members. The vision is to need less launches and more results. It can also be useful in the context of recent developments of balloon and UAV provided internet services. Our technical novelty is that we employ SDR in a federated network (that is reconfigurable) and so our system is inter-operable and is able to cope with a wide variety of frequencies, and protocols at the same time.”

Golkar foresees product development and commercialization opportunities but asserts the team needs to first register and disclose a patent.

The data on screen shows that the stratospheric balloons have ruptured at a height of about 32 km. Now the platforms begin their descent back to earth, slowed down by parachutes. The team collects and packs their equipment. 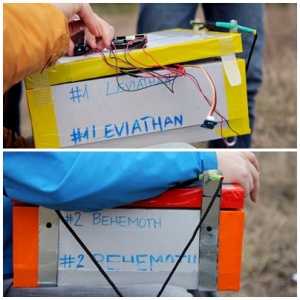 Prof Alessandro Golkar, Skoltech: ““If one transmitter fails to send signals down to earth while floating at a height of 30 km, the other system that we launched can compensate for the breakdown.”

“What happened was not intended” Golkar sums up, “but it actually proved our concept. HAB1 and HAB2 were meant both to be functioning at 100% and provide a proof of concept while working at full capacity. Instead, one of them worked at reduced capacity for some malfunctioning in the system. Yet, we were able to receive all the data throughout the entire duration of the mission, thanks to the federated approach and the ability of the system thus to mitigate such partial failures. Without our federated approach, we would have lost contact with HAB1, and only operated HAB2 (50% mission success). Instead we had 100% mission success. The federated approach made that possible.”

After they will have located the software defined radio systems, their work is to begin in earnest. Data Analysis will be followed by writing and submitting a paper to the 8th International Workshop on Satellite Constellations and Formation Flying in Delft, The Netherlands.

Its title, “An Implementation of Software Defined Radios for Federated Aerospace Networks: Informing Satellite Implementations Using An Inter-Balloon Communications Experiment”, tells a story of high altitude science. But as scientific papers are wont to do, it does not recount the tense moments when ten frozen researchers attempted to use one talkative space system to learn what happened to its reticent sister platform, lost in space. Until they finally succeeded. 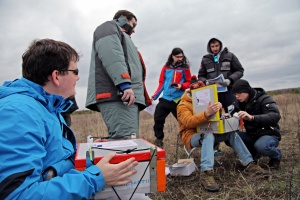 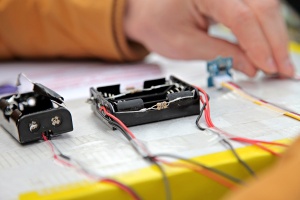 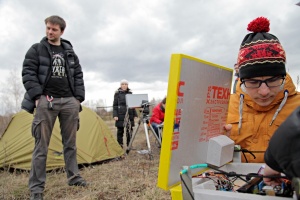 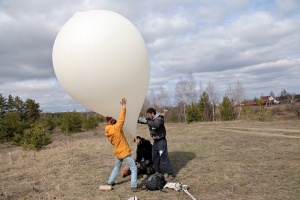 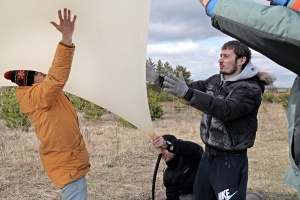 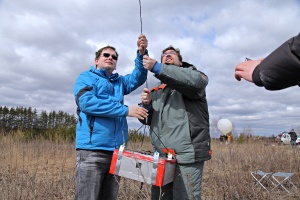 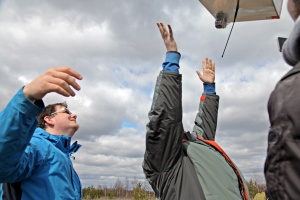 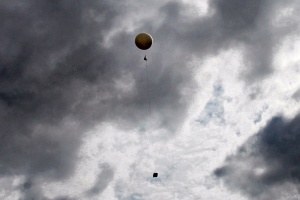 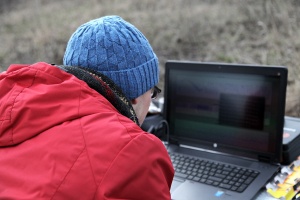 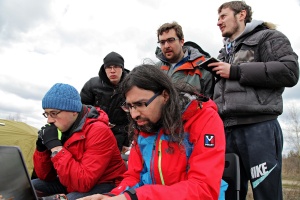 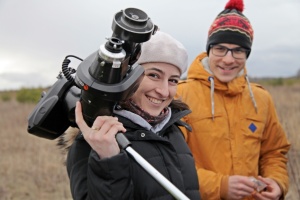 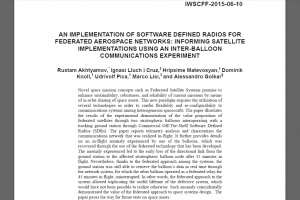