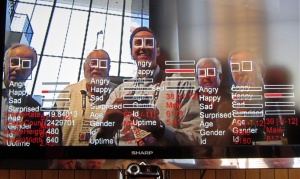 Researchers at Skoltech filed three new patent applications in Russia and internationally through the university’s Knowledge Transfer Office (KTO). The technologies and methods developed relate to fields as diverse as computer vision, DNA editing and calibration systems. The applications reflect the university’s multidisciplinary and cross-cutting nature and its core mission: produce innovative science that impacts society and the economy.

The first application relates to a gaze correction method and machine learning. It was filed in March as a national Russian patent application by Prof Victor Lempitsky, who heads the institute’s computer vision group, and Daniil Kononenko, a PhD student.

Their method addresses the well-known “gaze” problem in videoconferencing. The problem results from the disparity between  a user’s own web camera and the on-screen image of the other person. When you are video-chatting with somebody, you might choose to look straight into the webcam to make an impression of looking into the other person’s eyes, but then you would  miss everything that is happening on screen. On the other hand, you can watch the screen, but then the other side experiences the deeply unnatural feeling of talking to a person who is looking elsewhere.

To address the problem, Lempitsky and Kononenko developed a method that edits webcam images in real-time, ‘redirecting’ the gaze and reestablishing eye-to-eye contact. The method is applicable to previously unseen people and can run on a standard laptop with a standard web camera.

Lempitsky explains that “many people perceive the inability to look ‘eye-to-eye’ during video conferences as a big drawback. For those users, this patent application and subsequent commercialization will make videoconferencing more similar to real offline conversation.” 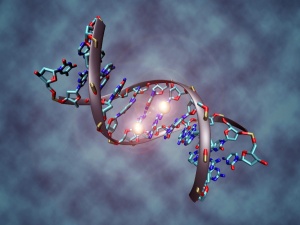 CRISPR, also known as the DNA editor, attracts the attention of many researchers, including Skoltech’s Konstantin Severinov. Image courtesy of Wikipedia, under Creative COmmons license

More recently, Prof Konstantin Severinov of Skoltech’s Data-Intensive Biomedicine and Biotechnology research center and biomed student Sergey Shmakov filed, jointly with MIT professor Feng Zhang, a patent application for a Class 2 CRISPR-Cas system. This work on the so called DNA editor, dubbed ‘the biggest biotech discovery of the century’ by publications such as Quanta Magazine and MIT Technology Review, is a collaboration between Skoltech, MIT, and the US National Institutes of Health (NIH).

Severinov explains that “the CRISPR-Cas9 technology is revolutionizing life sciences and has created a field of genomic editing and engineering. Sergey Shmakov, a graduate student jointly supervised by Eugene Koonin at NIH and myself, has predicted several completely new CRISPR-Cas systems whose biotechnological potential is currently being evaluated in the Zhang lab. Stay tuned for exciting results in the near future!”

Thirdly, a team led by Dmitry Kirsanov (ITMO) and supported by Skoltech’s Translational Research and Innovation Program submitted an international patent application (under PCT) for a calibration system and method. The project involved the development of a multi-sensor device and software for instrumental toxicity assessment in environmental monitoring.

Patent applications are crucial building blocks in Skoltech’s effort to “develop its IP portfolio, attract research sponsorships and become one of the most impactful universities in the world”, says the KTO’s manager Sergey Ulyakhin. “The ultimate goal is to bring more benefit for the general public through licensing the technologies to companies, either startups or industry leaders, for commercialization.” 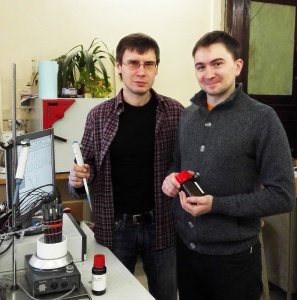