We are glad to invite you to a seminar by Dr. Artem Myasnikov, titled “Colliding Stellar Winds and Unconventional Reservoirs: What is in Between?”

Dr. A. Myasnikov will present his 10 best publications which, being  gathered together, would hopefully let people feel the power of modern continuum mechanics as he understands it himself. Artem spent 30 years in study how to apply continuum mechanics methods to fundamental and applied problems of Fluid mechanics, Hydrodynamic stability, Computational Astrophysics, Wave propagation, Geomechanics, Reservoir testing and Simulation. What he have learned from that study is, while solving a specific problem, one has to identify at first intrinsic interconnection of the phenomenon under consideration with other phenomena, which may be (and it is better if they are) attributed to very different fields of knowledge. Then, to use this interconnection for a selection of a specific solution method from a huge arsenal of modern applied mathematics. Among examples on how its work  Dr. Myasnikov will present:

Development of the REV concept for unconventional reservoirs and others. 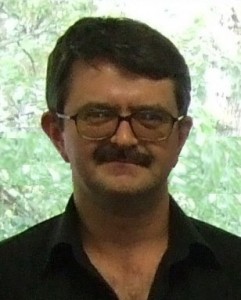 Dr. A. Myasnikov is a Principal scientist at Center for Hydrocarbon Recovery, Skoltech. He graduated from Moscow State University named after M.V. Lomonosov, Mechanical and Mathematical department, in 1986. He was lucky to attend there courses and seminars lead by classics of Russian mathematics and mechanics (A.N. Kolmogorov, P.S. Aleksandrov, L.S. Pontryagin, L.I. Sedov, A.Yu. Ishlinsky, Yu.N. Rabotnov, A.A. Ilyushin) and was afforded a honor of personal communication with them. He defended MSc in mechanics in 1986 (“Transfer equations for fully ionized plasma in strong magnetic fields”); PhD in mechanics (“Interaction of two supersonic radial gas flow”) in 1991 and DSc in mechanics (“Supersonic sources in cosmic gas dynamics”) in 2004. Dr. Myasnikov worked 18 years at Ishlinsky Institute for Problems in Mechanics RAS; also used to work at Keldysh Institute for Applied Mathematics RAS,  Uppsala Observatory, Paris Observatory, Kobe University and in several industrial companies (Spectraseis, Schlumberger, LUKOIL). Awarded by a prize of the National Committee of Theoretical and Applied Mechanics for outstanding works in hydrodynamic stability and turbulence (2000). Complete information on A. Myasnikov (full list of publications, lectures, courses etc.) is available at: http: //istina.msu.ru/profile/AVMyasnikov/