The 6th annual meeting of Russian-American Science Association was held at George Washington University (Washington, DC) between November 7-9, with more than 160 visitors from the US and Russia. This year’s focus was on the prospects for Russian expert communities that involve Russian expatriate scientists. 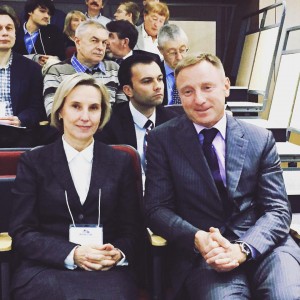 Skoltech continues its partnership with the conference. Edward Crawley, Skoltech President, gave a talk on the issues of complexity. 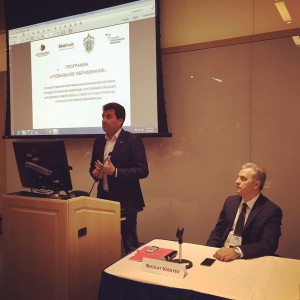 Alexey Sitnikov, VP, Institutional and Resource development, outlined a new Global Education program and possible ways of involvement for the diaspora. He also moderated a panel on the new initiatives for collaboration with Russian scientific diaspora and participated in the discussion of commercial aspects and applications of academic research, where he presented the 5-year results of Skolkovo’s operations, focusing on Skoltech. ‘The project arrived at qualitative development phase with an innovative ecosystem,’ — said Mr. Sitnikov. Furthermore, he presented Skoltech’s operational metrics that demonstrated a higher growth rate as that of most young and developing universities. ‘Top defining factor for Skoltech are its international nature and its focus on industry,’ — said Sitnikov. ‘Skoltech considers Russian scientific diaspora as the main resource base for its body of staff. Most new universities around the world are built with international scientific diasporas’ active involvement. Many prolific Russian researchers currently working in the US still maintain ties to Russia, to their labs and coauthors.’ Many participants were actively interested in collaboration with Skolkovo and Skoltech, and also in the Global Education program.

Irina Dezhina, Head of Skoltech scientific and industrial policy group, reported on the development of ties with Russian-speaking scientists, building upon a poll of more than 150 researchers and representatives of 35 Russian universities that work with their fellow nationals abroad. The talk sparked interest with the audience. ‘The report is rather timely,’ — said Dezhina, — ‘We aim to continue gaining insights on further ways of collaboration with Russians working abroad, both in academia and industry.’ 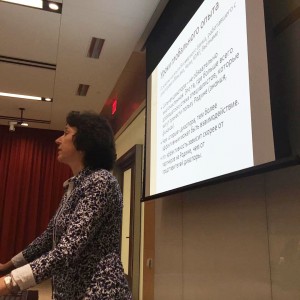 Russian scientists, working in the leading research and educational colleges of the USA (including Stanford University, Harvard University, University of Southern California, and University of Pennsylvania), are willing to work with Russian institutions, teach in Russian colleges, cooperate in research and academia, invite Russian students and postgraduates, and build mirroring labs.

Russian-American Science Association (RASA-USA) is an NGO aimed to unite Russian scientific diaspora in the United States of America, founded 6 years ago. Its members can be found at almost every leading US research lab. Moreover, they provide expertise for Skolkovo Foundation, Skoltech and Ministry of Education and Science.