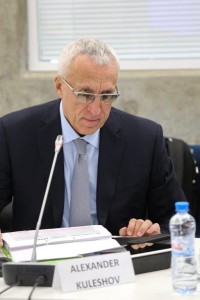 The next president of Skoltech, Dr. Alexander Kuleshov. Photo: Sk.ru

The founders of Skolkovo Institute of Science and Technology (Skoltech) approved the recommendation of the Board of Trustees on the appointment of Dr. Alexander Kuleshov as the new President of the Institute.

On December 22 the founders of Skoltech approved the recommendation of the Board of Trustees of the Institutes on the appointment of Academician Alexander Kuleshov, Director of the Kharkevich Institute for Information Transmission Problems of the RAS, to the position Skoltech second President.

Dr. Kuleshov will succeed in the position the first President of Skoltech, Dr. Edward Crawley. Edward Crawley is Skoltech’s Founding President since 2011. Crawley announced his departure in September of 2015. The search committee has conducted extensive search and entered the recommendation of Kuleshov for Institute’s Presidency during the Board of Trustees meeting in December. Prior to the Founders meeting the Prime Minister of the Russian Federation received Kuleshov and discussed the plans for Skoltech’s development.

Chairman of the Board of Skoltech Arkady Dvorkovich praized Crawley’s work as President as noted in the address to the Skoltech community. Dvorkovich emphasized that “over the past several years, under Dr. Crawley’s leadership, Skoltech has grown to become a fully-fledged capable young university, which has already achieved measures of performance comparable to leading world universities… Edward has brought to Skoltech the wealth of experience in creating new educational and innovation projects”.
After his departure Dr. Crawley will remain connected to Skoltech in the honorary position of Founding President. 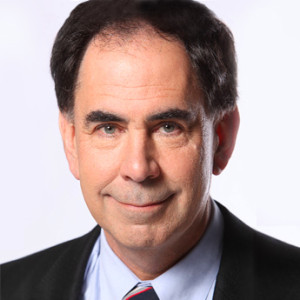 President Crawley supported the appointment of Kuleshov and noted that “Alexander is one of worlds leading scholars, he enjoys the highest level of academic reputation and respect of his peers. For over 4 years he has been serving on the Board of Skoltech and carries the deepest knowledge of all aspects of Institute’s development, shares our goals and priorities”

Alexander Kuleshov is an expert in information technologies and mathematical modeling. In 2006 he has been appointed Director of Kharkevich Institute for Information Transmition Problems (RAS). He chairs the Insitute’s Scientific Council and Dissertation Committee. Kuleshov also has a chair at the Moscow’s Institute of Physics and Technology (Phystech). He is the author of numerous articles and 4 monographs, a member of the editorial board at the journal “Problems in theory and practice of management”. Dr. Kuleshov is the member of coordinating council for innovation and intellectual property of the Russian Academty of Science.