We are glad to invite you to a seminar by Dr. Yuri Kotelevtsev, titled “Through Functional Genomics to Drug Discovery”

Understanding of human hereditary diseases was a one of the key drivers for Human Genome Project. Investigation of monogenic and poloygenic disorders significantly influensed the process of drug discovery. Our work in modelling of human mutations associated with hormone dependant hypertention in apparent mineralocorticoid excess syndrome identified 11 beta hydroxysteroid dehydrogenase (11 -HSD 1 ) as a drug target for treatment of metabolic syndrome. Knockout of  11 -HSD 2 provided an animal model for fulminant atherosclerosis and cardiac hypertrophy leading to heart failure. Investigation of mice with conditional tissue specific knock out of endothelin receptors A and B was essential for the development of new generation of endothelin antagonists for treatment of pulmonary hypertension. At present RNAi and CRISPR/Cas9 technologies opens new fascinating opportunity for intervening in essential pathways involved in systemic disorders. The field of drug targets was expanded from merely proteins to mRNA and non coding RNAs including abundant class of long non coding lncRNA. Current research on functional genomics of lncRNA and selected signalling pathways in the liver will be presented. 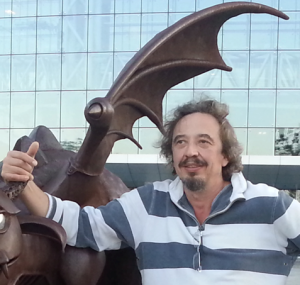 Yuri Kotelevtsev graduated from Biology department of MSU in 1978. Soon after getting his PhD in bio-organic chemistry he studied genetics and cellular mechanisms of cardiovascular disease. While working in College de France in 1990-92 he discovered the first genetic linkage in human essential hypertension with angiotensinogen gene.
From1992 till 2014 he conducted his research in the University of Edinburgh, Scotland, where he generated several transgenic mouse models which not only contributed to understanding of hormone dependent hypertension and metabolic syndrome, but also led to the development of a new drug for treatment of type 2 diabetes, based on 11 -HSD1 inhibitors. In 2010 he was awarded a prestigious Megagrant by Russian Government and since 2014 he is Associate Director of Functional Genomics Centre for Research Education and Innovation, Skoltech, Moscow. His research interests are in animal models of hypertension, atherosclerosis and metabolic syndrome.