We are glad to invite you to a seminar by Dr. Vsevolod Makeev, titled “Bioinformatics of Non-Coding Elements Responsible for Cell Identity Formation and Cancer”

One of the surprises of genome sequencing projects is the number of genes in multicellular organisms, which proved to be much smaller than expected and poorly correlated with organism “complexity”.  Particularly, the human lineage is a general gene loser through at least last 70 millions of years.  With human gene arsenal of less than 20.000, which is only 4-fold greater than the number of genes in some bacteria, human genome can determine one of ~200 types of each of about 10 trillion cells in the human body. This coding efficiency is explained by a complex regulatory elements controlling gene expression in each of the cell of a multicellular organism.   Cell identity formation involves the orchestrated activity of a plethora of genes at different stages of development.  To an extent sequence analysis can identify common DNA motifs responsible for controlled promoter activity. Although most of the human cells have roughly identical genomes, mutations happen as cells divide; such mutations can disrupt gene regulation.  Mutation density is tissue specific, and probably controlled by epigenetic modifications.      In my talk I will focus upon how statistical machine learning approaches applied to deep-sequencing data can unravel gene regulatory circuits controlling cell identity formation. I outline challenges in algorithm and database development still needed to harness the results of recent large-scale gene regulation projects.  Additionally, I will discuss how regulatory motifs withstand the omnipresent pressure of somatic mutations and what happens when a tissue loses its identity at cancer transformation. 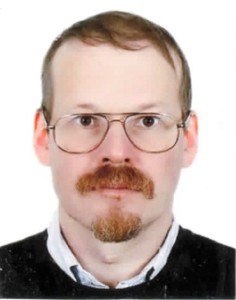 Vsevolod Makeev is a leading scientist in the field of analysis of next generation sequencing data, particularly in the field of transcription regulation.  His main results were in development of algorithms for sequence analysis and databases of sequence motifs. Among other resources and tools he developed a Bayesian sequence segmenter Basio; ChIPmunk motif finder, one of the most powerful tools for ChIP-seq data analysis; and two databases of DNA motifs recognized by transcription factors: iDMMPMM for Drosophila melanogaster, HOCOMOCO for mouse and human. He took part in the analysis of human promoter tissue activity data as a member of FANTOM5 international consortium. Prof. Makeev teaches a course in Advanced Algorithms of Bioinformatics in Moscow Institute of Physics and Technology. He currently works in Vavilov Institute of General Genetics, Russian Academy of Sciences.