Who rules in space?

We are glad to invite you to a seminar by Prof. Dmitri Papatsenko, titled “Feedback Control of Self-Renewal and Memory of Pluripotent Stem Cells”

Embryonic stem cells (ESC) can remain in the pluripotent state and propagate or differentiate towards a certain cell lineage. It remains largely unknown how the ESCs maintain the meta-stable self-renewing pluripotency states and why ESC may eventually commit differentiation.

Based on single cell data and previously published data we have reconstructed pluripotency gene regulatory network (PGRN), and suggested a model for dynamic exchange between two identified pluripotency states in mouse ESCs. The dynamic exchange between the states suggested a mechanism of self-renewal, involving feedback control loops present in the PGRN.

During reprogramming from somatic cells, the resulting induced pluripotent stem cells (iPSC) can “remember” their original source cell type, as well as the reprogramming method or protocol.

Analysis of PGRN at many levels revealed multiple feedback control loops, suggesting that the PGRN architecture may resemble an architecture of a recurrent neural network (RNN). RNN is an artificial network used to model human memory. In the case of ESCs and iPSCs, the RNN-like network architecture may explain memory properties of the cells, emerging from reprogramming studies. 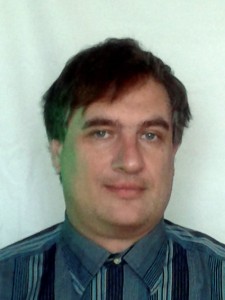 In 2004 Prof. Papatsenko accepted position of a scientist at The University of California, Berkeley, where he developed an integrated  quantitative model explaining progressive spatial patterning of fly embryo from maternal gradients (determinants) to zygotic stripe expression patterns.