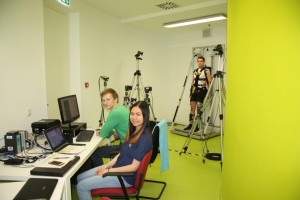 Yuri Gagarin’s first flight to space was a great pride for the Soviet Union. In the days of the cold war between America and the Soviets, the space race was the most prestigious court, on which the two super-powers competed, and any advantage was priceless. But Gagarin’s flight aroused immense interest all over the world. Mankind was fantasizing about travelling up, away and beyond for many centuries, and suddenly it became a reality. Gagarin’s achievement and attractive character captured the imagination of many around the world, even years and decades after he landed.

One of those many, who was influenced by Gagarin, is Punyapat Saksupapchon from Thailand. Punyapat is a second year master’s degree student at Skoltech’s Space Center. “Yuri A. Gagarin is my hero,” she says, ”He inspired me to dream big and work hard to pursue the dream. I have been passionate in science and technology, especially space and astronomy, since I was young.  My ambition to work in the human spaceflight field has driven me to be part of the space Center at Skoltech, Russia. I feel extremely proud to study in the country that successfully sent the first human into space”. 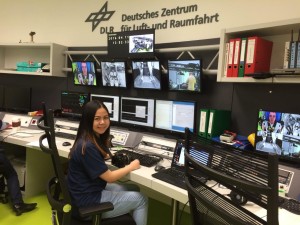 Punyapat is indeed working in the human spaceflight field. She is currently working on her master’s thesis titled “Inverse Dynamics Analysis for Squat Exercise on a Human Centrifuge” at the Institute of Aerospace Medicine, German Aerospace Center (DLR) in Cologne, Germany. Her thesis advisor is Prof. Dr. med. Rupert Gerzer, Skoltech provost and a professor at the Space Center. Punyapat’s thesis is a part of the ExRoTe study at DLR (Exercise Performance with the Body Mass Accelerated by Rotation Compared with the Acceleration by the Terrestrial Gravitational Field).

Her study aims to investigate, collect data, and develop the biomechanical model and simulation (human body movements) for squat exercise on a short-radius human centrifuge in order to provide safe and effective artificial gravity squat exercise protocols for the future human missions to distant destinations such as the Moon and Mars. “As squat is a resistive exercise that has significant musculoskeletal and cardiovascular benefits when combined with artificial gravity,” she explains, “it is a potential countermeasure to the physiological deconditioning (e.g. bone and muscle loss) that results from long-duration spaceflight”.

Inspired by Gagarin the cosmonaut, a young girl goes from Thailand to Russia to study about space and technology, and continues to work on her thesis for the benefit of manned flights – in Germany. Maybe one day Punyapat will inspire young boys and girls in some other parts of the world to follow her footsteps. Maybe to Mars?