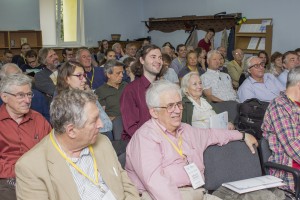 The international conference “Mathematics, theoretical physics and science of data”, dedicated to the anniversaries of prominent Russian-American mathematicians Yakov Sinai and Gregory Margulis, took place these days in the Independent University of Moscow.

The conference was organized by the Kharkevich Institute (IPPI RAS) and Skoltech. The agenda covered a wide range of areas of mathematics and its applications, where Yakov Sinai and Gregory Margulis conduct studies: probability theory and dynamical systems of theoretical and mathematical physics, algebra and theory of numbers, coding theory, geometry, optimization theory, and computer science.

Opening the first session of the conference, the Acting Director of the IPPI RAS, Professor of RAS, Andrey Sobolewski admitted: “As a student of Yakov Sinai, as a teacher, not once I taught a course at the Independent University of Moscow, and as a representative of IPPI, I am very happy myself, that we are all united here to celebrate two wonderful senior colleagues, who largely determined the spirit, style and essence of Moscow School, and through it – the world’s mathematics of the last decades”.

The director of Skoltech Center for Advanced Studies, prof. Igor Krichever, Welcomed the participants: “It is a pleasure for me to congratulate the respected Yakov and Grisha and open this conference. Without them it’s hard to imagine the Independent University of Moscow. I hope that they will have the same effect on Skoltech”.

Yakov Sinai is a professor at Princeton University, Academician, Chief Scientific Officer of two institutes of the Academy – L.D. Landau Institute (ITF) and Kharkevich Institute (IPPI). He won numerous math awards, including the Abel Prize in 2014, awarded to him for his contribution to the study of dynamic systems, ergodic theory and mathematical physics. Every summer, prof. Sinai conducts a series of scientific workshops at IPPI. 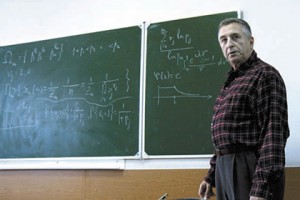 Grigory Margulis is a professor at Yale University, a leading researcher at IITP, winner of the Fields Medal in 1978 for the analysis of the structure of the Li groups and other prestigious awards. 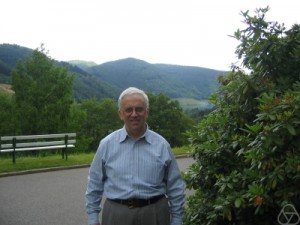