Skoltech students and graduates, AKA “Skoltech Martians 2.0″, are going to defend their project of a two-person flyby past the “Red Planet”, at the international competition of students’ works, organized by The Mars Society. 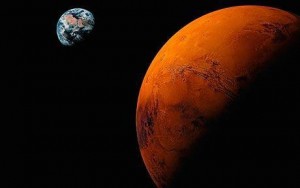 Viewing a lack of direction in the U.S. human spaceflight program, The Mars Society launched the International Gemini Mars Design Competition in August 2015 in an effort to provide focus and encourage a serious humans-to-Mars initiative. The new contest invited U.S. and international engineering students to create a plan for a two-person Mars flyby mission.

According to the Gemini Mars contest rules, the team must develop and present a detailed mission flight plan and description of two man crew spaceship’s design suitable to make the flyby past Mars. The plan should cover all aspects of the interplanetary expedition, including calculated flight path and no less important psychological aspects of the existence of a crew of two people in a confined space of the ship for two years.

The core of Skoltech team – Skoltech Martians 2.0 – consists of members of the “team #161″ – graduates and post-graduates of the Space Center, previously involved in another “Mars Society” project, dedicated to the study of scientific and technical aspects of training in the Martian Desert Research Station in Utah. The four members include: Divya Shankar, Natalia Glazkova, Veronika Shteyngart and Adeniyi Adebayo, all of them graduated just recently as part of Skoltech class of 2016. 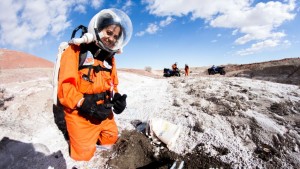 Divya Shankar at the Martian Desert Research Station in Utah.

During the experiment in the desert in Utah, Shankar was the team leader, this time her role is no less important – she is responsible for computing and communication systems. Adebayo, who was a deputy commander and a journalist in Utah, is in charge in the Gemini Mars project of the ship’s power supply system, and on-board experiments. Glazkova, who was the biologist in “Team #161”, is now responsible for crew life support system. Shteyngart, who served as the team astronomer in Utah, now bares on her shoulders the duties of the project leader – the task of analyzing the trajectory of the ship, its construction, as well as rendering and project costs and scheduling.

New members in the Skoltech Martians 2.0 team are Space Center students Daria Stepanova, Alexander Menshchikov, two more recent graduates, and Ph.D. student Mikhail Dobynde. Their inclusion in the team was important because of the new challenges posed by the competition conditions. Dobynde is responsible for the development of radiation protection measures and calculation of potential risks to life, connected with radiation. Stepanova is in charge of calculating the risks and psychological aspects of crew performance. Menshchikov’s responsibility is for a safe return to Earth, landing and propulsion system of the ship. The many months of work made by Skoltech students and graduate students is concentrated in the 35-page document containing detailed description of the project. 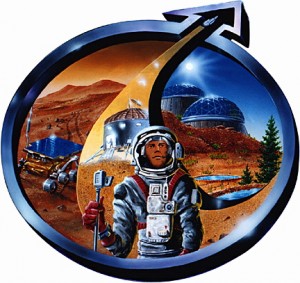 The logo of The Mars Society

Alexander Menshchikov: “Our task was to prepare an absolutely realistic description of manned flight and flyby over Mars. Competition conditions restrict us to the use of existing or projected technologies, but limited to the expected beginning of the program – in 2024. In the preparation procedure we had to choose rocket module, life-support systems. According to the terms, all project equipment has to be as accurately described, with specific characteristics, including one of the most important indicators – how much it will cost.
I think we have a very good chance. We were very lucky that during the StartUp Village, our leader Veronika Shteyngart was able to talk with the head of the “Mars Society” Dr. Robert Zubrin and to get his advice specifically for our project. We were able to plan the mission very well and efficiently, so we finished in the top ten on selection phase. Now we have to protect our project in the US. Our strong side will be the detailed study of a number of systems. For example, Natasha Glazkova, who is responsible for the life support of the crew, offered an original and effective solution to maintaining health during the 500-day flight in zero gravity. She has developed a special centrifuge, which is more efficient than the systems currently used by astronauts to tone of the musculoskeletal system. My solution to the problem of descent when returning to Earth seems quite competitive and efficient. ” 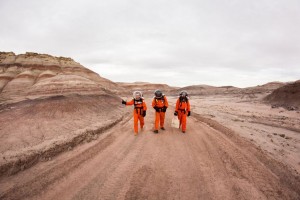 Veronika Shteyngart: “Despite the fact that this is a student competition, the aim of the Gemini Mars project is ambitious enough – the winner will be the project flyby over Mars, which, with minimal changes, will be on the table of the next President of the United States and will serve as a basis for decision-making. This is important for all of humanity. Our project has a number of interesting solutions in the field of ballistics and life support, but we also had some disputes. In the experiment in Utah, a substantial portion of the power consumed in the form of powders, and after two weeks of use it began to resemble a medical procedure. In this project, when we were talking about how to use them as the main type of food the crew, I was objected. As a result, we found a compromise – part of the “food” will be grown on board as an experiment, and measures to alleviate the psychological burden.
There is no doubt about the strong point of our project – the use of a plurality of existing and proven solutions. As a result, we were able not only to issue close to the actual amount of costs, but also to keep the project at a price level of several billion dollars, which makes it feasible from a financial point of view. ”

The ten finalists will present their design proposals in person and in public before a group of judges drawn from NASA, the aerospace industry and the Mars Society during the 19th Annual International Mars Society Convention, scheduled for September 22-25, 2016 at the Catholic University of America in Washington, D.C. The winners will receive a prize of $ 10,000, the team ranked second to fifth will receive prizes of $5,000, $3,000, $2,000 and $1,000, respectively.