We are glad to invite you to a seminar by Dr. Sudipta Ghosh, titled “Advanced Approaches to Renewable Energy Integrated Power System Modeling and Energy Management” 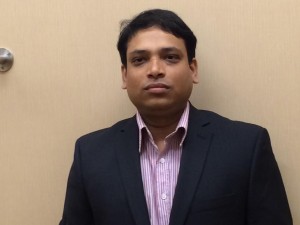 Sudipta Ghosh received his Ph.D. degree from Indian Institute of Technology, Delhi in 2013 in Power Systems. From 2013-2014, he worked as Assistant Professor at IIT, Dhanbad. In 2014 he came to USA as a Research fellow at the University of North Carolina (UNCC), at Charlotte.  He was a lead researcher for the Hybrid real time simulator based advance modeling of the Southern California Edison grid. He also worked as a lead researcher for the NSF funded project on power system on new methods of optimal control designs integrating renewable energy systems research. Next year, he was appointed as Graduate Associate Faculty at UNCC. In this context, he was assisting PhD and Master’s students and working on a NSF project. Currently he is working as an Associate Professor at Adamas University. He has 7 years teaching/research experience and 3 years industrial experiences. He is a member of the IEEE and IEEE PES. His publication record consists of nine journals and seven conference papers (total 277 google scholar citations). He received the National Scholarship in 1995 and POSCO power system Award from Power Grid in 2014.