Shipping snow to Moscow is not like taking coal to Newcastle.

For nearly a decade, Professor Konstantin Severinov, Director of the Skoltech Center for Data-Intensive Biomedicine and Biotechnology, has deployed researchers to the Southernmost reaches of the globe to collect snow.

Each year like clockwork, a carefully packaged shipment of melted, concentrated snow slowly makes its way from the alabaster shores of Antarctica to the concrete jungle of Moscow. 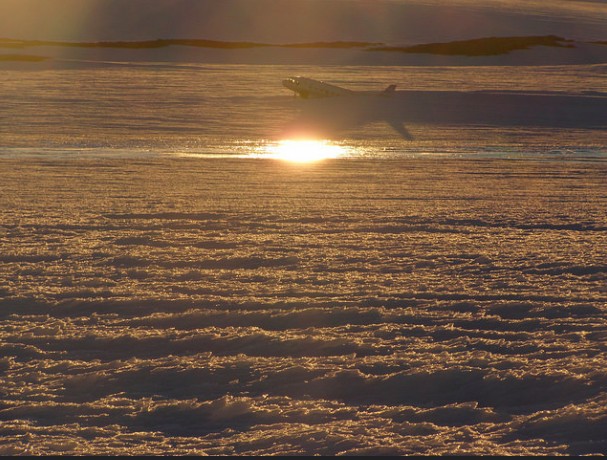 And with each new shipment of samples, Severinov’s team gains a deeper understanding of the microbes that populate Antarctica and the lessons they carry for the rest of the world.

“It is both interesting and important to establish whether there are specific snow communities of microbes that live in Antarctica,” Severinov said during a recent interview. For a microbiologist, the discovery of microbial communities that have evolved to withstand the harsh conditions of Antarctic winters could be the mother lode, carrying boundless potential for developments in fields ranging from genomics and industrial biotechnology to gene editing.

“It could well be there are no particularly adapted snow microbes, but rather microbes that get deposited on the surface of snow from the air,” he added. “This is still interesting because then you can regard Antarctica as an enormous depository of microbes collected over hundreds of thousands of years. When the iceberg breaks down from the continent and goes to South America or Africa it may bring with it as fellow travelers the whole bunch of microbes which may be very, very old.”

So even if there are no snow-adapted microbial communities, Severinov’s findings in Antarctica could lead to invaluable discoveries regarding the global spread of microbes and viruses and their changes over the years.

In addition to studying the continent’s microbial population, Severinov’s group works with the Russian Antarctic Expedition [RAE or expedition]. Since 2012, the RAE, has attracted international headlines for drilling through Antarctica’s frozen crust to reach Lake Vostok, a freshwater lake previously sealed off for millions of years. Professor Severinov’s team serves as part of the expedition’s biomonitoring group, assessing the anthropogenic impact on the continent’s fragile environment. 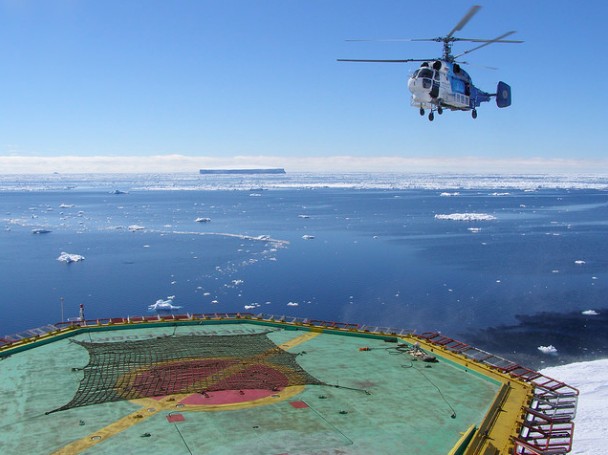 A helicopter hovers over the helipad of the “Academic Fedorov.”

//What does Antarctica have to offer that the researchers couldn’t find in another (more convenient) location?

“In many ways, Antarctica provides unique conditions for the investigation of the behavior of microorganisms in an environment into which they were placed – that is, in an environment that they aren’t native to,” said Viktor Fedorchuk, a geologist interning at Severinov’s center who travelled to Antarctica in late 2016.

Explaining that a portion of his research was devoted to the monitoring of microorganisms that humans introduce, he noted that Antarctica is globally unparalleled in terms of offering an environment that has never been home to permanent human populations or large communities of animals.

“There is practically no life in Antarctica,” Fedorchuk said. “As such, if something is introduced there, it is very easy to register, even if we bring in these microorganisms in very small quantities.” 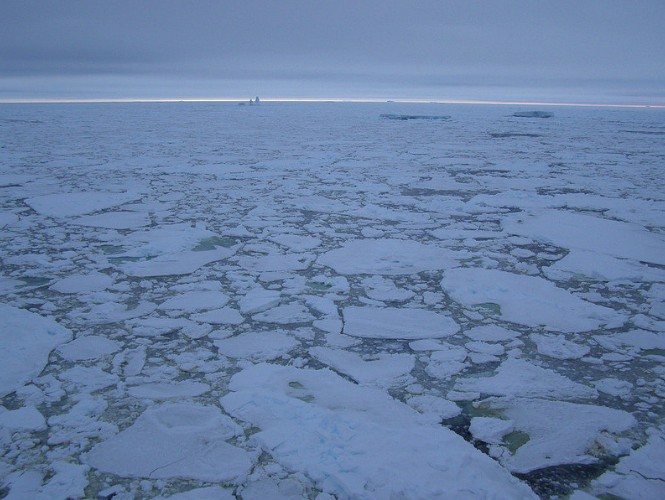 The ship approaches the Antarctic coast

//What does Severinov’s team do each year in Antarctica?

“Before looking at human-induced contamination, it is important to determine the background, that is, the natural level of microbial content and what characterizes the communities in the ice or the snow… where there has been no human influence yet,” Severinov said.

He explained that to accomplish this, it is important to examine geographically remote locations, and to review the same points during different periods of time.

Once researchers collect snow samples from these locations, they ship their boons back to Russia via the RAE vessel to be analyzed. Once the samples arrive, a Moscow-based team of researchers working under Severinov uses state of the art methods to analyze the DNA within the microbes found in the snow samples.

In 2016, for instance, his team found considerable diversity between bacteria collected at four different sites in eastern Antarctica. Their analyses of these bacteria revealed thousands of unique CRISPR spacers – elements of prokaryotic DNA that enable bacteria to fend off viruses. None of these spacers matched those of similar bacteria located in the northern hemisphere. This team included Skoltech students along with researchers from the Russian Academy of Science, Moscow State University, St. Petersburg State University and St. Petersburg State Polytechnic University.

Despite his team’s strong track record, Severinov decided to change course this year, noting the difficulty of circumnavigating Antarctica and re-visiting the same spots time and time again. This inspired the professor to assign a novel means of sample collection to Skotlech intern Fedorchuk.

“In Antarctica, snow only falls in the winter time, and in summer time – which is when people are there on expedition – it’s mostly bright sky,” Severinov explained. “So the snow that fell last year would then be covered by the snow that fell this year, and so on and so forth… So I told [Fedorchuk] to dig. He was digging holes – going down by some 2-3 meters with his shovel, and as he was doing that, because he’s a geologist by training, he easily identified layers of snow and ice from different years, and then he was collecting samples from different layers, travelling back in time by up to about 20 years while being in the same place.”

Fedorchuk noted that the novelty of the technique came with a steep learning curve. “The most challenging part of the expedition probably was working on a job that I had never done, in an environment in which I had never been. And the main difficulty was that no one had done [this type of work] before me. I needed to develop a robust technique from scratch and make sure that I did not contaminate samples such that only resident microbes were present” the geologist said. He then added that he had to tweak the process in progress. 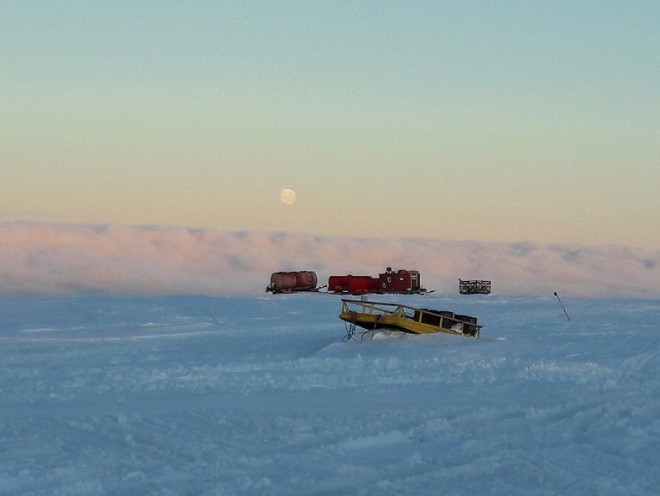 The moon hovers over a glacier; in the foreground, you can see the caravan of vehicles used for expeditions to the Vostok station

When Fedorchuk was asked to travel to Antarctica, the offer caught him totally off guard. A friend of his – a biologist – was supposed to go on the expedition, but in the 11th hour, had to back out. The expedition urgently needed a replacement, and Fedorchuk was recommended. When he first learned about the offer, he said that the paperwork and preparation seemed daunting.

“Then I realized that this is the sort of opportunity that comes once in a lifetime and you have to take hold of it,” he said. “I realized that I couldn’t afford not to get involved in this adventure.”

Some expedition members boarded the RAE vessel – the “Academic Fedorov” – in St. Petersburg, while others flew down to Cape Town to board the ship once it arrived. Fedorchuk was in the latter camp, noting that the voyage from Russia to South Africa would take a month, and because he was invited to join the expedition on such short notice, he needed all the time he could get to prepare.

The sea voyage from Cape Town to the coast where he collected his samples took just over two weeks, with several stops at peripheral stations along the way, Fedorchuk said.

When asked about life on the Academic Fedorov, he explained: “Well on the ship, all life depends on the meal schedule. Between meals, some expedition members had scientific programs and others didn’t. In the latter case, you could sleep, read, watch movies, play table tennis, work out, etc.”

Though he said that the RAE issues all expedition members with a set of gear in order to stay warm, he added that summers in Antarctica are surprisingly mild, noting that the daytime temperatures where he was working typically hovered above zero degrees Celsius. He noted that at the time, back in Moscow – whose winter coincides with Antarctica’s summer – temperatures were sinking to nearly -30; Antarctica was practically toasty by comparison.

The samples Fedorchuk gathered are now on their way back to Moscow on the RAE vessel.

“Once they’re here in June, we will be analyzing them by determining DNA sequences of microbial communities present in the samples collected by Victor and then we will go through an arduous process of bioinformatics analysis of the data to identify differences and commonalities between samples from different years,” Severinov said.

In the absence of conclusive results, asked about his most thrilling takeaway from the expedition, Fedorchuk said: “My personal experience, of course. Because much of what I did there, I had never done before in my life.” 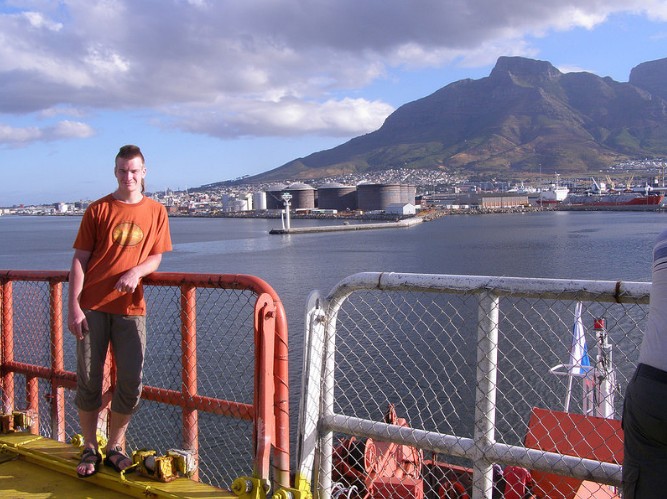 Viktor Fedorchuk bids farewell to Cape Town, preparing for the adventure of a lifetime 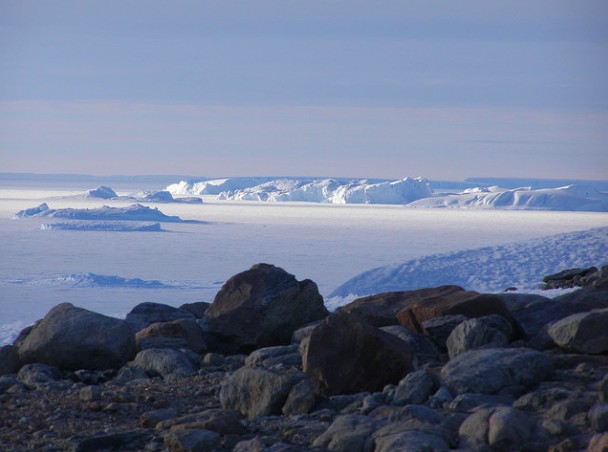 The ice-covered ocean near Molodyezhanya station, where the vessel stopped en route from Cape Town to Viktor’s research destination 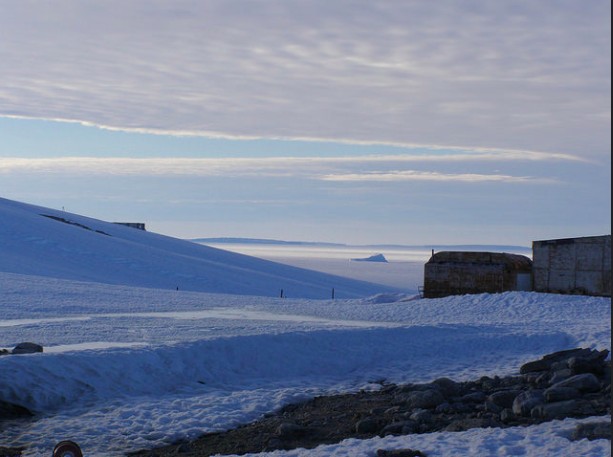 The landscape near Molodyezhnaya station 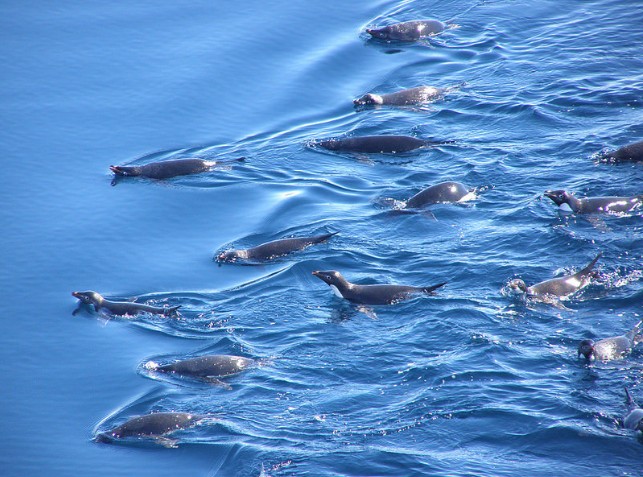 A school of Adélie penguins out for a swim 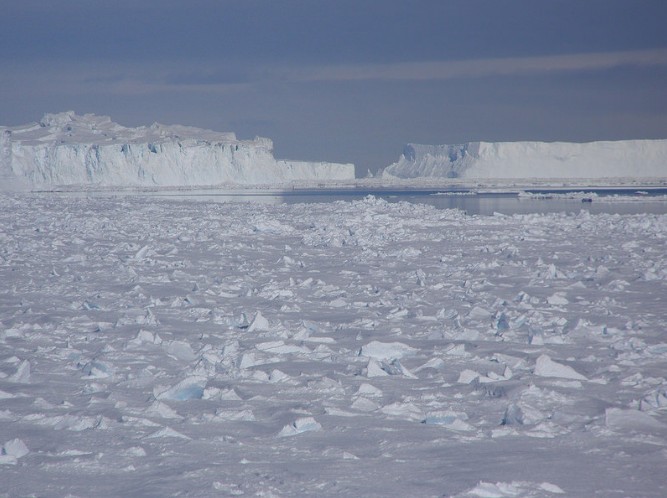 The closer you get to the Antarctic coast, the larger the icebergs