In an effort to expand international cooperation, a Skoltech delegation conducted a visit to top universities and large companies in South Korea on March 29-31, 2017. 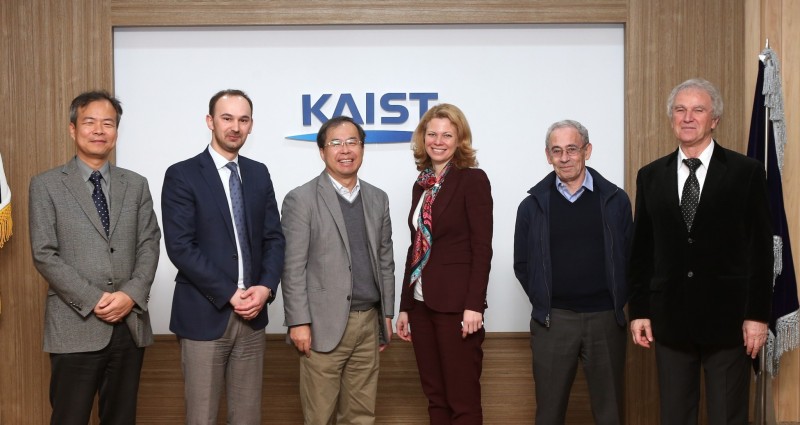 The group visited the Korea Advanced Institute of Science and Technology (KAIST) and Pohang University of Science and Technology (POSTECH). Both of these universities share a great deal in common with Skoltech in terms of their missions, organizational models and operations. These similarities include such indicators as amount of funding per faculty member, the faculty-to-student ratio and the ratio of international students. To attain success and international recognition, all three of these institutes relied on the attraction of top-notch faculty, governmental support, strong industry connections, a focus on cutting-edge research and advanced educational practices.

“For Skoltech, as a young university, it is important to develop ties and learn from its role model universities, as well as to apply best practices in its further development. South Korean universities that hold leading positions in international rankings, especially among young universities, are of high partnership priority,” said Alexander Safonov.

At KAIST, the Skoltech team held in-depth discussions with Prof. Joungho Kim, Associate Vice President for Research, Prof. Hayong Shin, Associate Vice President for Admissions and Prof. Sang Yup Lee, Dean of KAIST Institutes. Among the issues discussed was the governance of KAIST’s research institutes, which are interdisciplinary units similar to Skoltech’s Centers for Research, Education and Innovation. The participants explored the possibilities of developing partnerships, including joint initiatives. Participants proposed initiating a faculty and student exchange program and pursuing joint research projects in the field of artificial intelligence and data science at large. 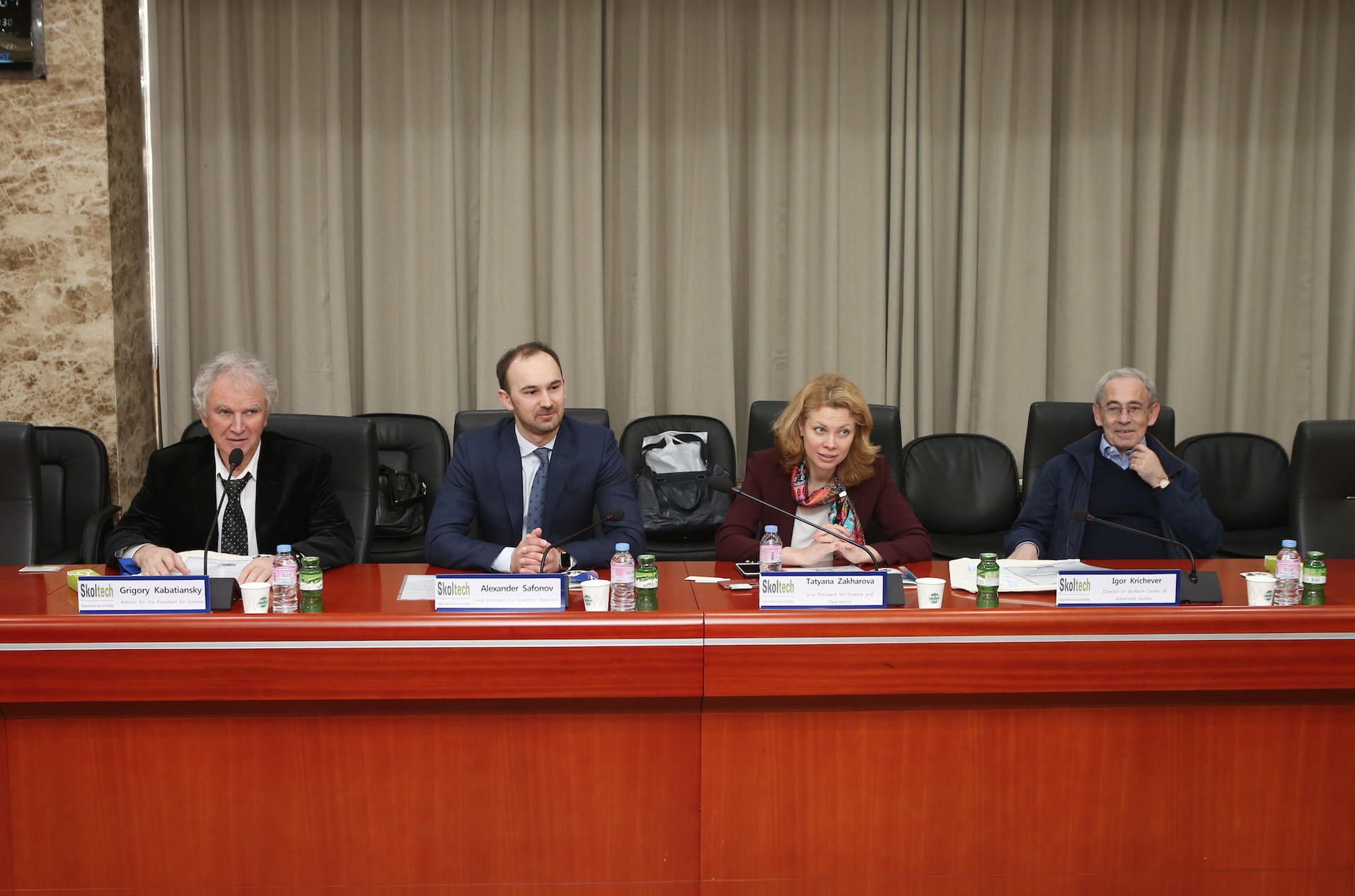 The Skoltech delegation also had the opportunity to visit the Dr. M Mobile Healthcare Showroom, a top notch example of interdisciplinary research applied to medicine. The innovative system implements a wealth of new technologies, including the Internet of Things, which at present is being actively developed at Skoltech.

During the trip, the Skoltech delegates also toured the sites of leading South Korean companies such as InssTek and the R&D Division of Hyundai Motor Group.

The negotiations of the parties

* Korea Advanced Institute of Science and Technology (KAIST) was established in February 1971 as the first Korean research university with a mission to produce well-trained scientists and engineers with advanced degrees. It is ranked #46 in QS World University Ranking and #3 in QS Top 50 Under 50 2016-2017.

Pohang University of Science and Technology is a private university established in 1986 by POSCO Сompany, planned as the first research-oriented university model in Korea with centralized collaboration between academia, research institute and industry. It is ranked #83 in QS World University Ranking and #5 in QS Top 50 Under 50 2016-2017.