We are glad to invite you to a seminar by Prof. Max J Hilz, titled “Autonomic Neurology, Rare Diseases, and Biotechnology – from Bedside to the Bench and Back”

The lecture will address general and sophisticated methods to assess early stages of diseases afflicting the autonomic nervous system, which would compromise quality of life and life expectancy. It will also demonstrate the benefits of advanced autonomic nervous system testing for the identification of incipient but life threatening cardiovascular dysfunction in patients with orphan diseases such as Fabry disease. Examples of specific studies will show how the early diagnosis and subsequent treatment with biotechno-logically engineered therapies can reverse the pathology.

The presentation will show that the close clinical interaction with biotechnology will help refine diagnosis and staging of diseases. Finally, the presentation will address biotechnological treatment perspectives and the value of an early-on interaction between basic scientists and clinical researchers to bring clinically needed basic developments back to the patient. 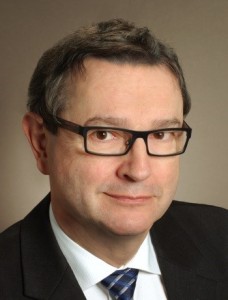 His special expertise is the Autonomic Nervous System (ANS). He contributed to the US American ANS specialty examination and was President of several international ANS societies. Currently, he co-chairs the ANS Subspecialty Panel of the European Academy of Neurology.

He focused on central ANS dysfunction and extensively studied rare hereditary diseases, such as Familial Dysautonomia and Fabry disease.

He is particularly interested in the interaction between basic and clinical science to the benefit of advanced medical care.