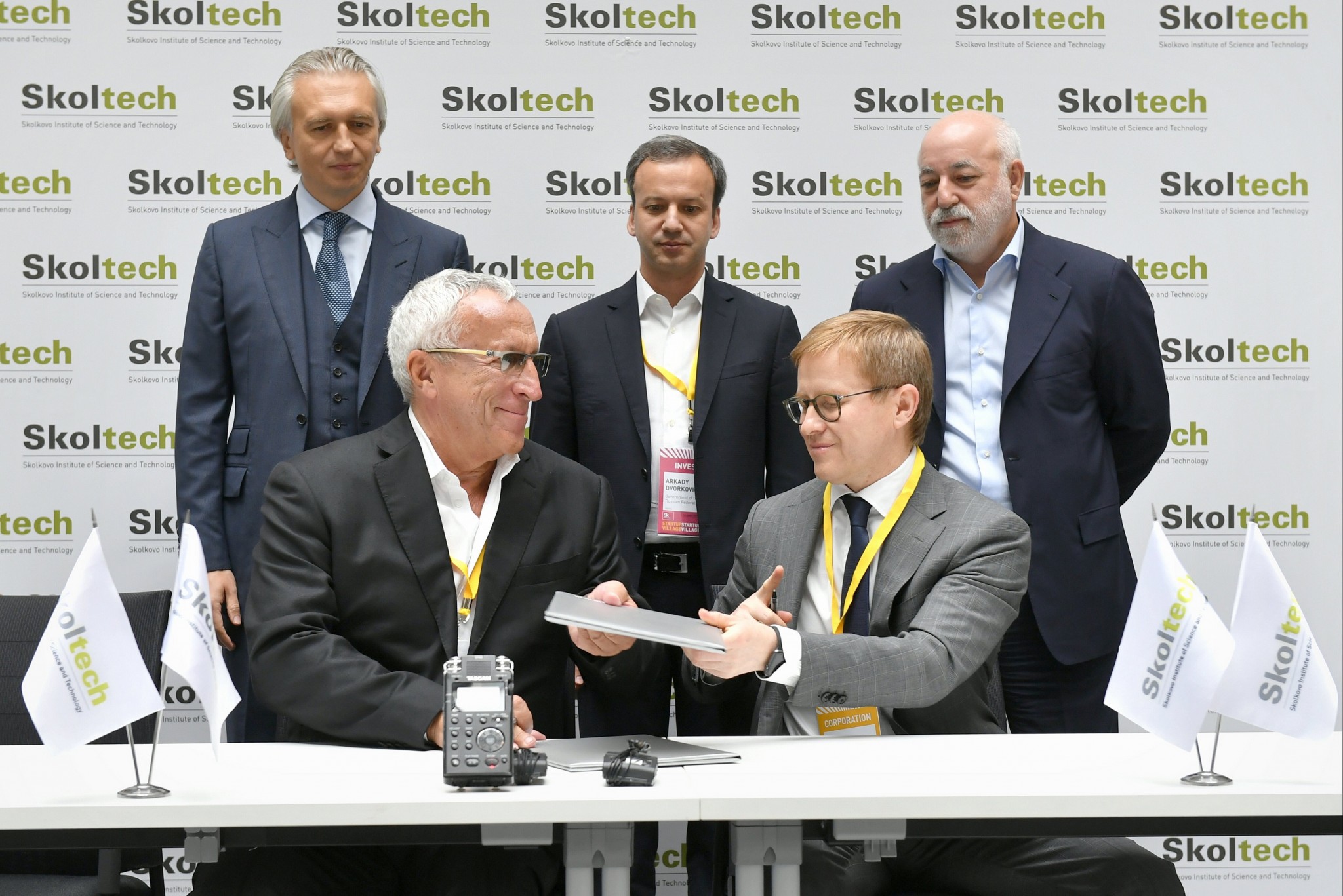 Cooperation with industry leaders is rooted in Skoltech’s educational philosophy. Toward that end, the fifth annual iteration of the Skolkovo Startup Village – a largescale event that draws together thousands of scientists, entrepreneurs and investors for two days of lectures, meetings, panel discussions and festivities – was a resounding success.

The Institute signed cooperation agreements with two industry leaders: Gazprom Neft, Russia’s fourth largest oil producer, and Android Technics, a robotics firm that has garnered international media attention in recent years for its development of a robot named FEDOR that’s capable of shooting guns and working in such extreme conditions as outer space.

On Tuesday, Skoltech President Alexander Kuleshov and Vadim Yakovlev, First Deputy CEO of Gazprom Neft, signed a cooperation agreement aimed at formalizing a long-term partnership between the Institute and the company.

The signing ceremony was attended by Russian Deputy Prime Minister Arkady Dvorkovich, Skolkovo Foundation President Victor Vekselberg and Gazprom Neft CEO Alexander Dyukov. The event was held in a state-of-the-art laboratory unveiled a day earlier by Skoltech’s Center for Hydrocarbon Recovery. Prior to signing the agreement, the delegation toured the new lab.

The agreement symbolizes the willingness of Skoltech and Gazprom Neft to collaborate in identifying new opportunities in the oil and gas sector, as well as developing ongoing projects together.

Among other initiatives, Skoltech and Gazprom Neft are considering joining forces to investigate the use of cognitive technologies for the exploration and production of hydrocarbons, including drilling and well completions.

The two are likewise interested in teaming up to expand their research related to predictive big data analytics, as well as developing technologies for data collection and storage and for modeling and visualizing data generated in geo-technical processes and the processes involved in the transportation and refinement of oil.

In addition to the above, the scope of the agreement will extend to the sharing of scientific and technical information, employee trainings and the arrangement of internships and secondments.

“A very important and key point for us is that the laboratory we are now in is becoming part of the ecosystem of the Skolkovo project,” said Vekselberg. “As a Skoltech laboratory it will be open to students as part of their education, giving us young specialists in possession of the most cutting-edge knowledge, in the greatest demand. At the same time, thanks to Gazprom Neft, this facility will also be open for partnerships with those major companies that are our industrial partners — and today’s agreement will be a good example for them.”

He further voiced optimism with respect to the potential of the agreement to have a favorable economic impact. “I would like to make clear my absolute confidence that, with Skoltech’s and the Skolkovo Foundation’s involvement, we will definitely be able, in the near future, to turn over a new page in developing Russia’s oil reserves. And we will remain competitive in the face of the very difficult situation currently emerging in the international markets.”

Skoltech Assistant Professor Dmitry Koroteev, an author of the agreement, explained that the planned cooperation will help resolve areas of uncertainty that industry professionals have long grappled with.

“The exploration and production of oil and gas is known for generating tons of data – during work flows, technological processes, etc. And the majority of this data isn’t used at all,” he said. “Another problem is that it is common in this industry that the data we get from exploration is very uncertain – lots of errors.”

“The more we utilize the data with modern ML technologies, the more objectively justified their decisions will be,” he said. “So basically this agreement will – I hope – give rise to a series of joint R&D projects that will help with the optimization of the technical side of oil exploration and production, and also this will help to reduce the risk of costly mistakes.”

On Wednesday, Skoltech signed a memorandum of understanding with Android Technics calling for the development and implementation of educational and academic mobility programs and the conducting of joint research activities and conferences.

The memorandum was signed by Kuleshov of Skoltech and Djamilia Chaikina, Deputy General Director for Strategic Projects at Android Technics, during a panel hosted by Skoltech Space Center Professor Dzmitry Tsetserukou on the recent success of his award-winning robotics team reSET.

Tsetserukou, who heads up the Intelligent Space Robotics Lab at Skoltech, said he was thrilled with the prospect of collaborating with Android Technics, which has a reputation for pushing boundaries and testing the future of robotics. He voiced particular enthusiasm with respect to the company’s extraterrestrial ambitions.

“They have a good relationship with [Russian space agency] Roscosmos,” Tsetserukou explained. “They would like to send a robot into space. The goal would be for the humanoid robot to fly a space craft to the International Space Station, without any help from humans. We would definitely like to have a connection with this project, as it relies on a number of areas that are of interest to our lab at Skoltech – automation in space, robotics in space, haptic teleoperations of the robot, and computer vision, so the robot can recognize mechanisms and make decisions.” 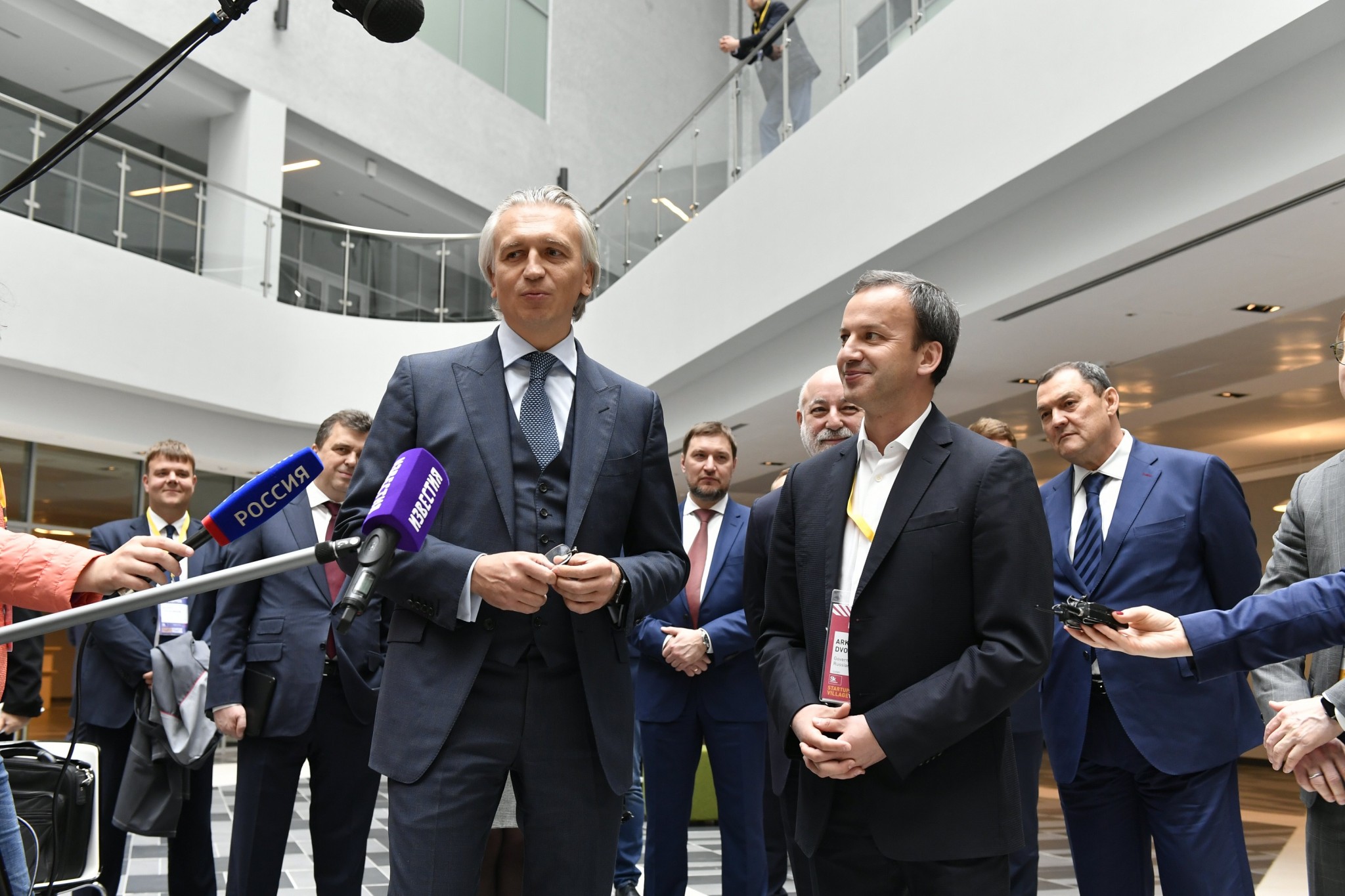 Gazprom Neft CEO Dyukov and Deputy Prime Minister Dvorkovich speak with members of the press after the signing ceremony. 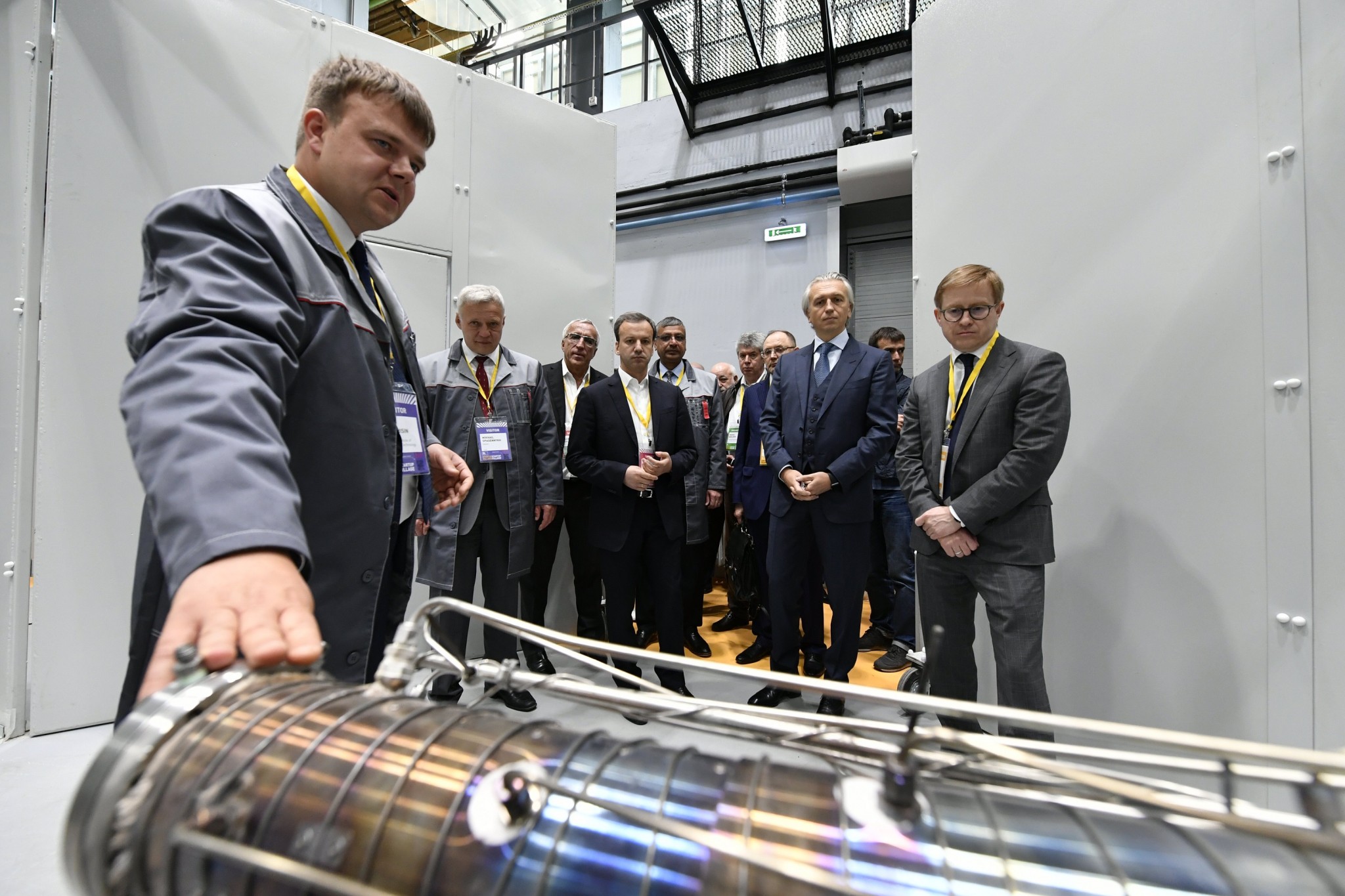 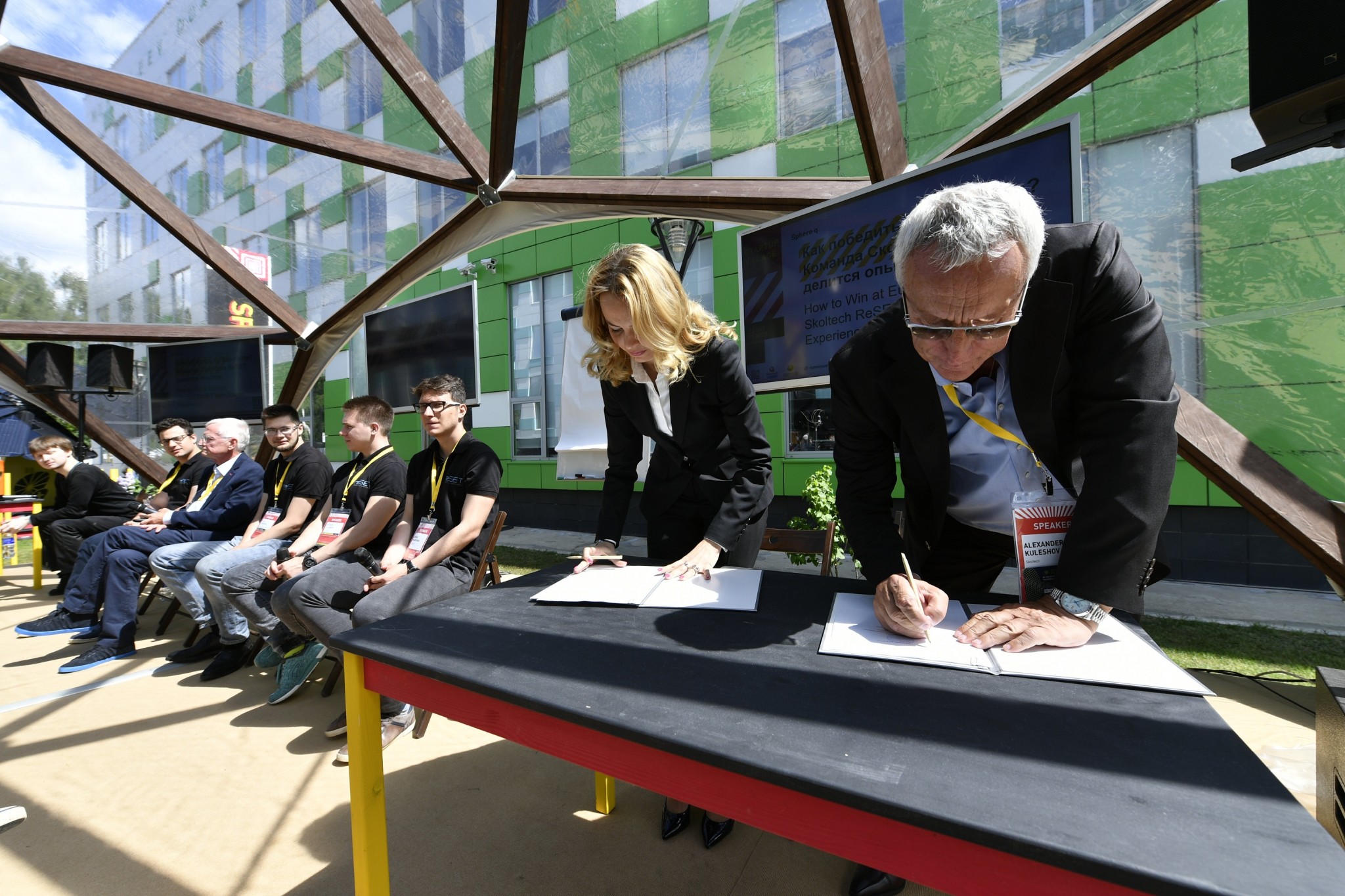 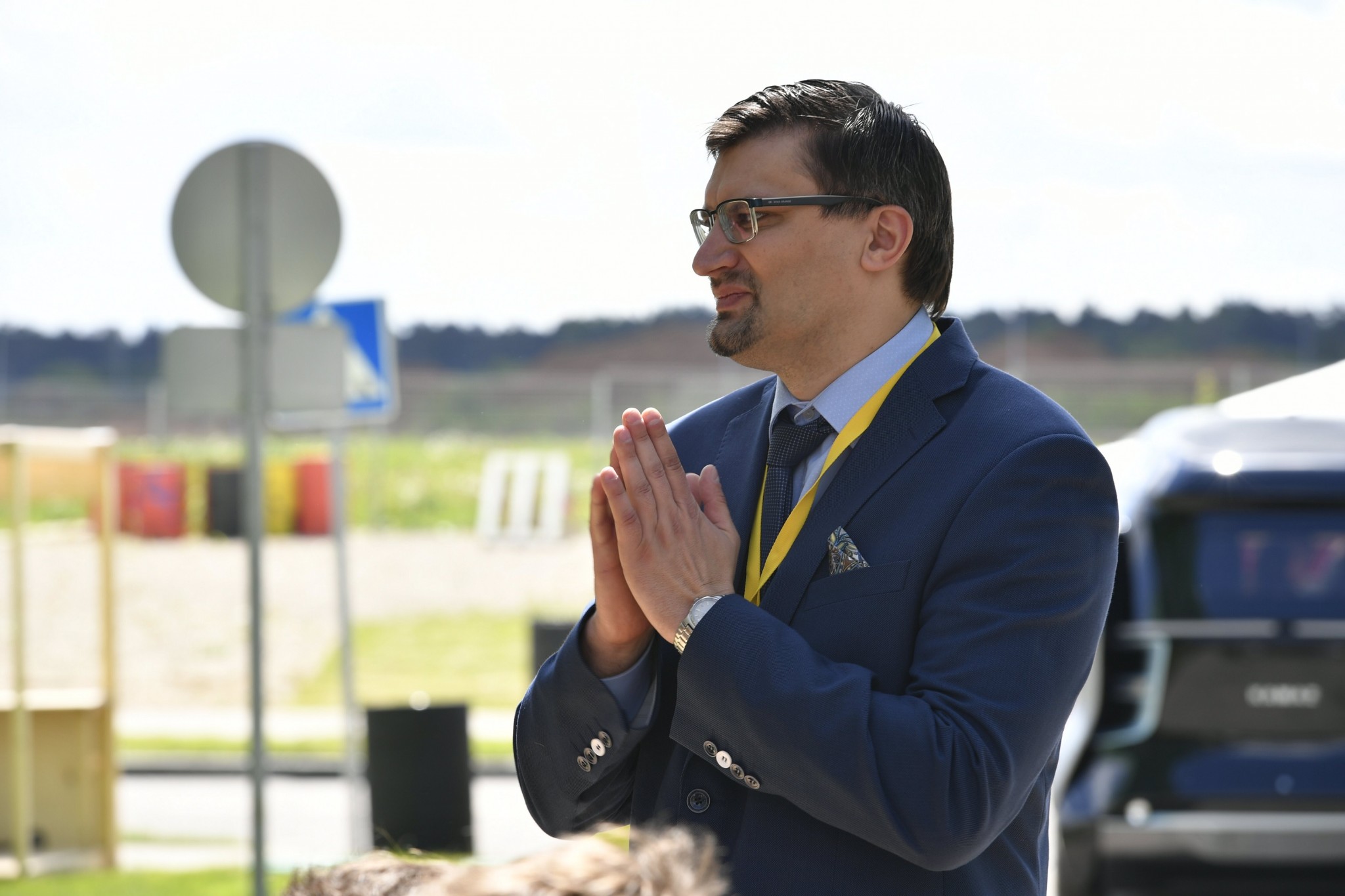 Skoltech Professor Tsetserukou speaks about the importance of the memorandum of understanding Skoltech signed with Android Technics. 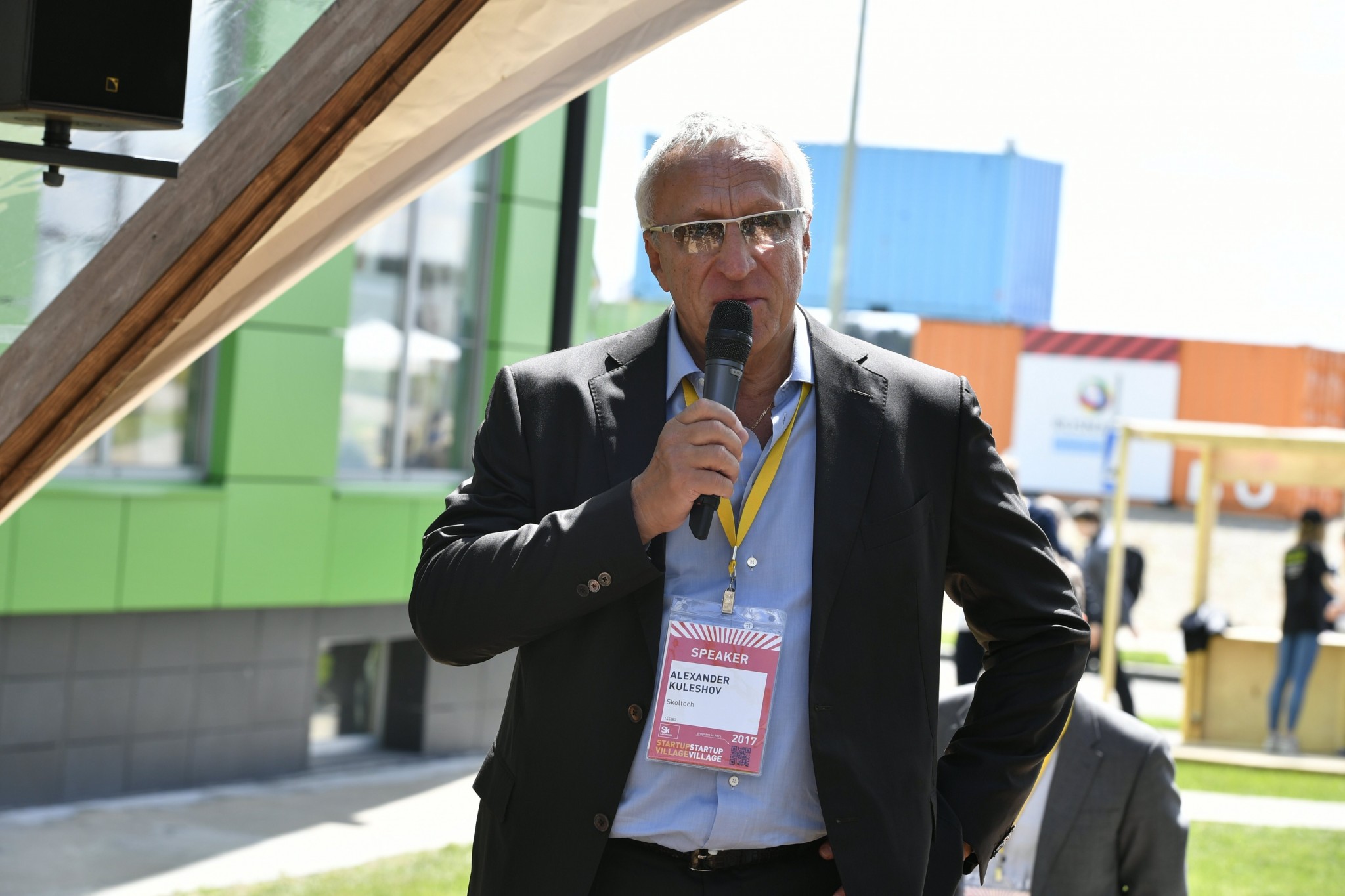 Skoltech President Kuleshov speaks to a crowd of robotics enthusiasts after signing the memorandum.