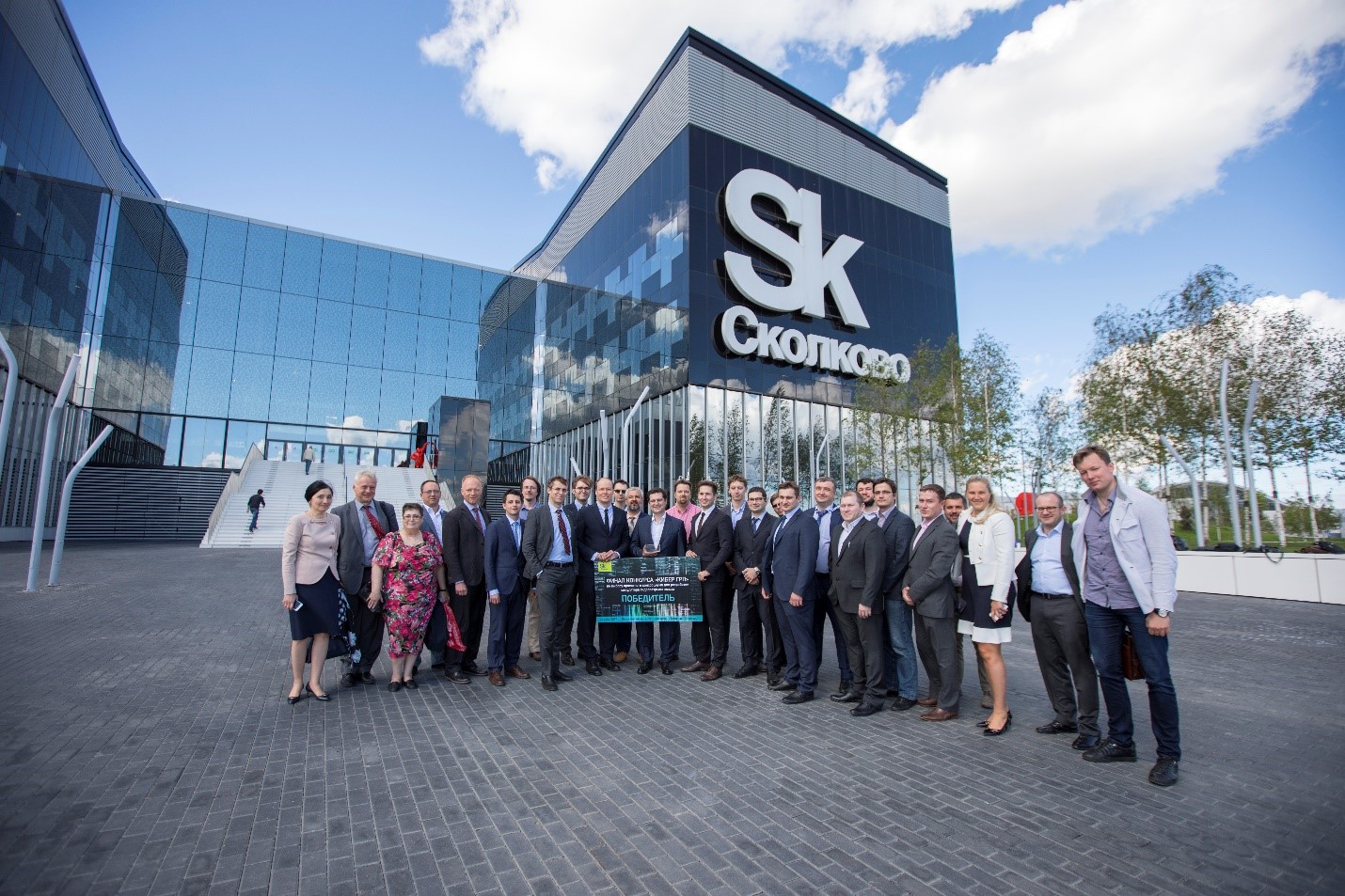 Skoltech and MIPT representatives posing with the members of the jury after their win in the finals of the CyberFrac contest.

A consortium led by Skoltech and the Moscow Institute of Physics and Technology (MIPT) has won first place in the final round of CyberFrac, paving the way for a grant from the Russian government that will cover nearly half of the total ~RUB 500 million (~EUR 7.5 million) project budget.

CyberFrac is a contest that pitted the crème de la crème of the IT world against each other to develop a software application for designing hydraulic fracturing treatments.

Hydraulic fracturing treatments are broadly used to stimulate the productivity of oil and gas wells.

Skoltech is acting as the scientific lead and coordinator of the consortium, with its professors providing expert advice to the project design team throughout the product development lifecycle. MIPT is responsible for the project management office and for the development and integration of the most important modules in a single software product.”

Other members of the consortium include:

The contest, which ran between November 2016 and June 2017, included three phases, culminating in a final on 21 June.

Skoltech Professor Andrei Osiptsov of the Center for Hydrocarbon Recovery and Timur Tavberidze, Director of the MIPT Center for Engineering and Technology, represented the consortium during the CyberFrac panel in the final.

Having won the final, the consortium is eligible to apply for a grant from the Russian government covering nearly a half of the total project budget of ~RUB 500 million (~EUR 7.5 million).

“Our success in the competition stems from the fact that we managed to attract and retain the key scientific groups with the most relevant expertise in the modeling and simulation of hydraulic fracturing. The leading scientific groups from the entities that comprise the consortium possess critical experience in developing prototypes of research codes and commercial software for oilfield application, including the modeling of hydraulic fracture growth, associated proppant transport, and multiphase flows in reservoirs and wells,” said Professor Osiptsov.

“The track record of successfully completed projects for oilfield service companies and Russian oil and gas majors was also a competitive advantage. The software architecture was thoroughly rolled out by a team of experienced software architects from MIPT, the Institute of Hydrodynamics, and Jet Technologies, coordinated by Skoltech. On the implementation side, the project plan was backed up by the leading technology firms in Russia, including GeoSteering Technologies, Jet Technologies and others” he added. 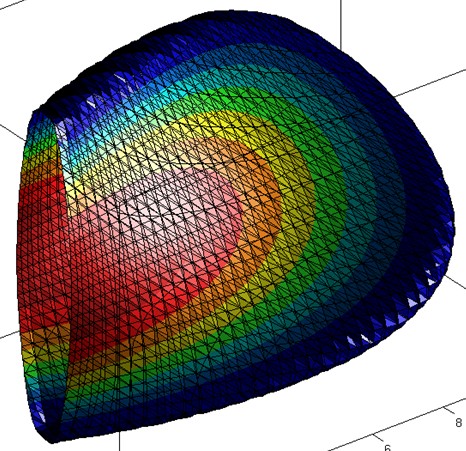 The Full 3D model of fracture growth coupled to the fluid flow inside, developed earlier by the consortium members. 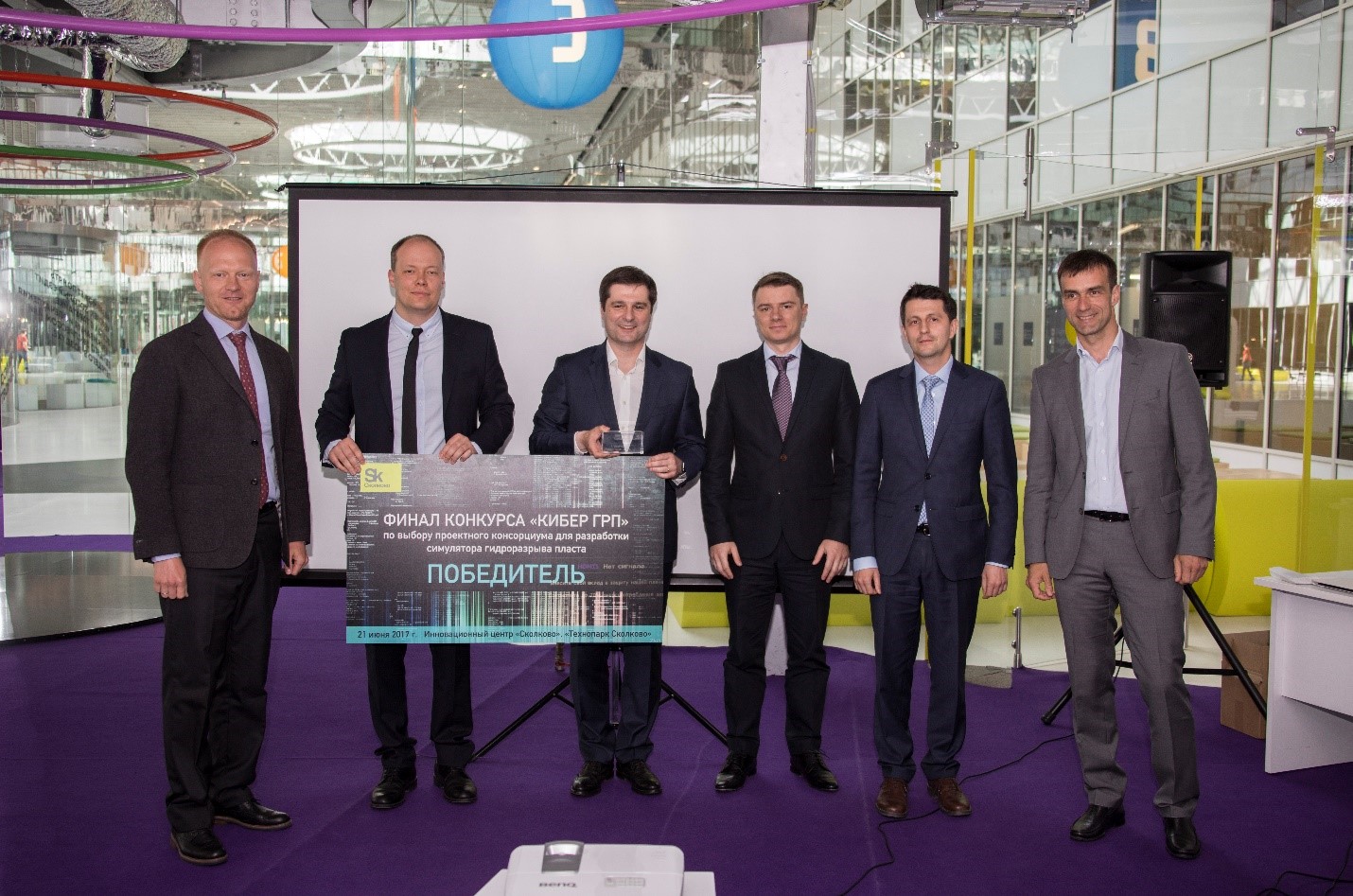 Members of the consortium and the jury, posing after the final. From left to right: Sergey Arkhipov (Head of the Expert Council for CyberFrac competition, Gazpromneft), Professor Andrei Osiptsov (Skoltech), Timur Tavberidze (MD, Eng. Center MIPT), and the members of the jury from the government.