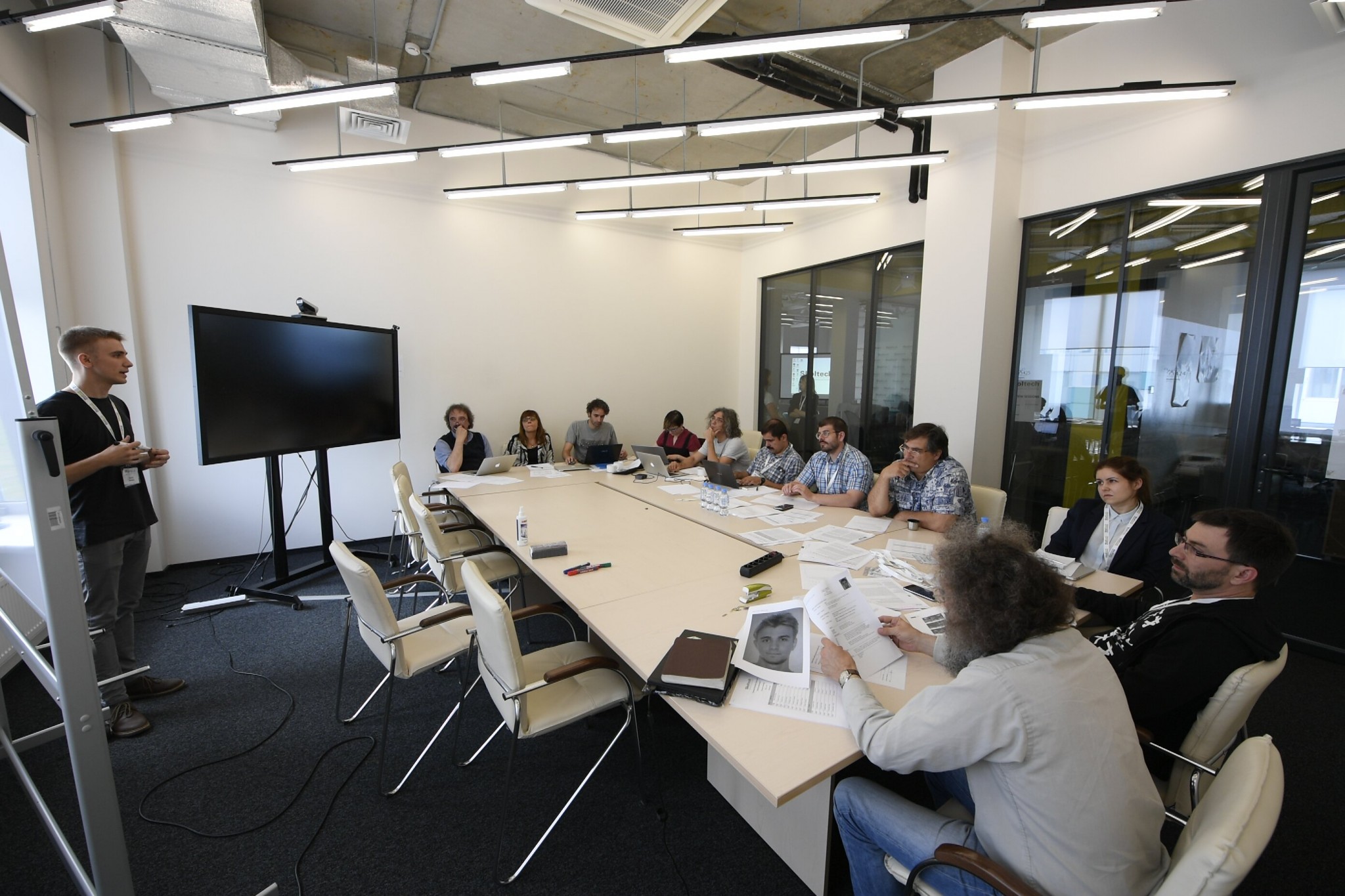 Tough crowd: a biotech MSc hopeful delivers a presentation before a panel of Skoltech professors.

While recent grads the world over swarm beaches and popular tourist destinations to recover from their final gauntlet of university exams, a select few driven young scientists have opted instead to spend their summer vacations competing for coveted positions as MSc students in Skoltech’s biotech track.

“Skoltech offers the best MSc program in wet biology and bioinformatics in the country. And we take special care to offer a balanced and well-rounded education in both areas,” said Professor Konstantin Severinov, Director of Skoltech’s Center for Data-Intensive Biomedicine and Biotechnology (CDIB). The biotech program is run jointly by CDIB and the Center for Translational Biomedical Research.

Dozens of MSc hopefuls who gathered at Skoltech Thursday to deliver presentations before faculty members seemed to agree.

“I see Skoltech as the place where all of the innovation in Russia happens,” said Eldar Yagmurov, a recent graduate of the St. Petersburg State Institute of Technology. “I see it as a good platform for me to become a world-renowned scientist because of the faculty and the world-class professionals that are working here, as well as the abundance of resources.”

According to Skoltech Student Recruitment Manager Natalia Galochkina, the biotech program boasts the institute’s most stringent application process. And that’s saying something; overall, Galochkina said that Skoltech receives about 15 applications for every student slot. 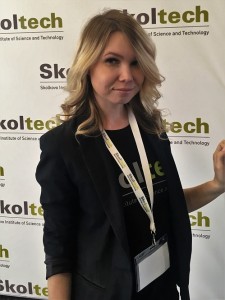 First, students submit their application materials, including a motivation letter, CV and recommendation letters. According to Galochkina, who is responsible for student selection and admissions, about 50% of applicants typically wash out at this phase.

Second, they take written exams. For biotech track students, these include multiple choice tests in General Biology, Chemistry/Molecular Biology and Math/Physics. Students who receive the highest scores are invited to continue to the next stage. Galochkina said that a further 50% of applicants are typically excluded from the process at this point.

Third, students are invited to deliver a presentation in front of a panel of faculty members. Several students that we spoke to for this interview said that this was the most daunting part of the process, given the fact that the professors on the panel include preeminent scientists, known the world over for their research in biomedicine and biotechnology.

Galochkina emphasized this point: “These presentations are known for being particularly stressful due to the fact that the biotech faculty members are ‘rock stars.’” She added that the recruitment team has organized a game session with the specific aim of helping students recover from presentation stress.

Finally, the select few who have persevered through the prior three rounds are invited to take the TOEFL English proficiency exam.

A growing pool of applicants

So far this summer, upwards of 200 candidates have applied for an MSc in biotech. The pool of candidates wasn’t always so deep; Severinov said that application numbers have soared over the past couple of years.

“There are two reasons for this,” he explained. “We are probably one of the longer running programs at Skoltech and we already have a fair amount of graduates who are successful in terms of the work they do and can share their positive experiences at Skoltech with their peers.”

He added that the members of the teaching faculty – the “rock stars” Galochkina referred to – have proven to be a major draw.

“We have a number of illustrious faculty members who are well recognized by prospective students, both from top Moscow schools and further afield in Russia. We have also been aggressive about setting up a number of joint network programs with other Russian universities,” he said.

CDIB Professor Mikhail Gelfand, who runs the biotech MSc program, voiced optimism about the students he has encountered thus far during the application process. “Some of the students are clearly very interesting and I very much look forward to teaching them,” he said.

He added that the recruitment process has improved significantly over the past couple of years, and hopes going forward to attract more and more top-flight international students, and to streamline the application process. 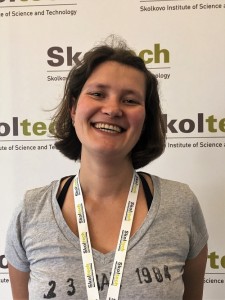 Severinov noted that Skoltech’s biotech track owes a debt of gratitude to its graduates: “We are really grateful and depend on our recent graduates presenting themselves as proof positive that this is a good program.”

One such graduate who he singled out by name is Ksenia Ershova, a medical doctor who earned her MSc degree at Skoltech this past June. Ershova was on hand to help with the selection process.

She experienced the application process first-hand in 2015, but says that it has undergone changes since then.

“Two years ago, we didn’t have to take a Math test or other scientific tests like Chemistry and Biology,” Ershova said. “I wouldn’t have passed a Math test if that had been required,” she said, laughing.

She did, however, have to participate in the infamous presentation phase.

“It was difficult to prepare for,” she said of her own application experience. “It took me about two weeks. I remember a lot of struggles during the process.”

Despite her pre-presentation jitters, she remembers the professors having been very welcoming, and the atmosphere having been friendly.

What she found most challenging at the time was completing all of the application phases in English.

“That was a first for me,” she said. Two years later, after having completed her MSc and having spent several months conducting research at the University of Southern California’s Keck School of Medicine in Los Angeles as part of a Skoltech academic mobility program, she feels completely comfortable speaking and working in English.

Asked why she volunteered her time to help Skoltech select its next batch of biotech students, she said that she felt compelled by a sense of loyalty to the CIDB and to Skoltech’s student affairs department.

In the thick of it

We spoke with a couple of candidates who had made it to the presentation stage of the application process. 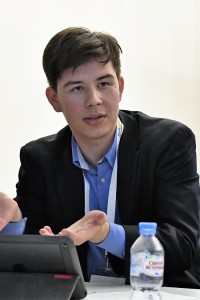 Yagmurov, who was quoted above, earned his diploma from the St. Petersburg State Institute of Technology just one day prior to delivering his Skoltech admissions presentation. He said that he had been cramming for Thursday’s event since the moment he learned he had made it to the third round of admissions.

Though he had been extremely nervous in the hours leading up to the presentation, he quickly regained his composure when it mattered most. “The professors were really friendly, amiable people,” he said. “At the beginning I was very nervous, but after about 30 seconds I pulled myself together and powered through.”

“The most difficult part was to try to explain a subject I wasn’t very confident about to a group of world-renowned scientists. But as I kept going, it became much easier. By the end, I felt pretty confident,” he said.

He lauded the transparency and comprehensiveness of the Skoltech admissions process. “You see that if you get good marks, you go to the next stage, and if you don’t, you don’t,” he said.

Another candidate, Matvey Kolesnik recently graduated with a BS in Molecular Biology from Moscow State University, and now wants to earn an MSc in the same subject. He has applied to two MSc programs: one at his alma mater, and one at Skoltech. 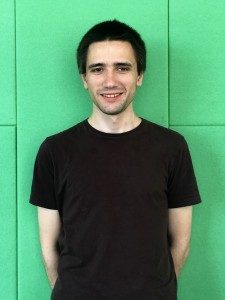 “I am amazed by the teaching staff. This is the main factor,” he said. “I also want to try something new.”

He described the Skoltech application process as a mixed bag of easy and challenging.

He had a jarringly easy time with the written exams, he said, but once he advanced beyond the first stage of the application process, things quickly took a confounding turn.

Like Ershova before him, Kolesnik struggled to prepare his presentation in English and on the basis of complex English-language research. He said he spent significantly more time preparing than would have been required had the process been in Russian.

“The presentation was also challenging because the faculty asked a lot of questions, and I didn’t always have a readily prepared answer, so in several cases I had to come up with an answer on the spot,” he said. “It required a lot of having to think on my feet.” 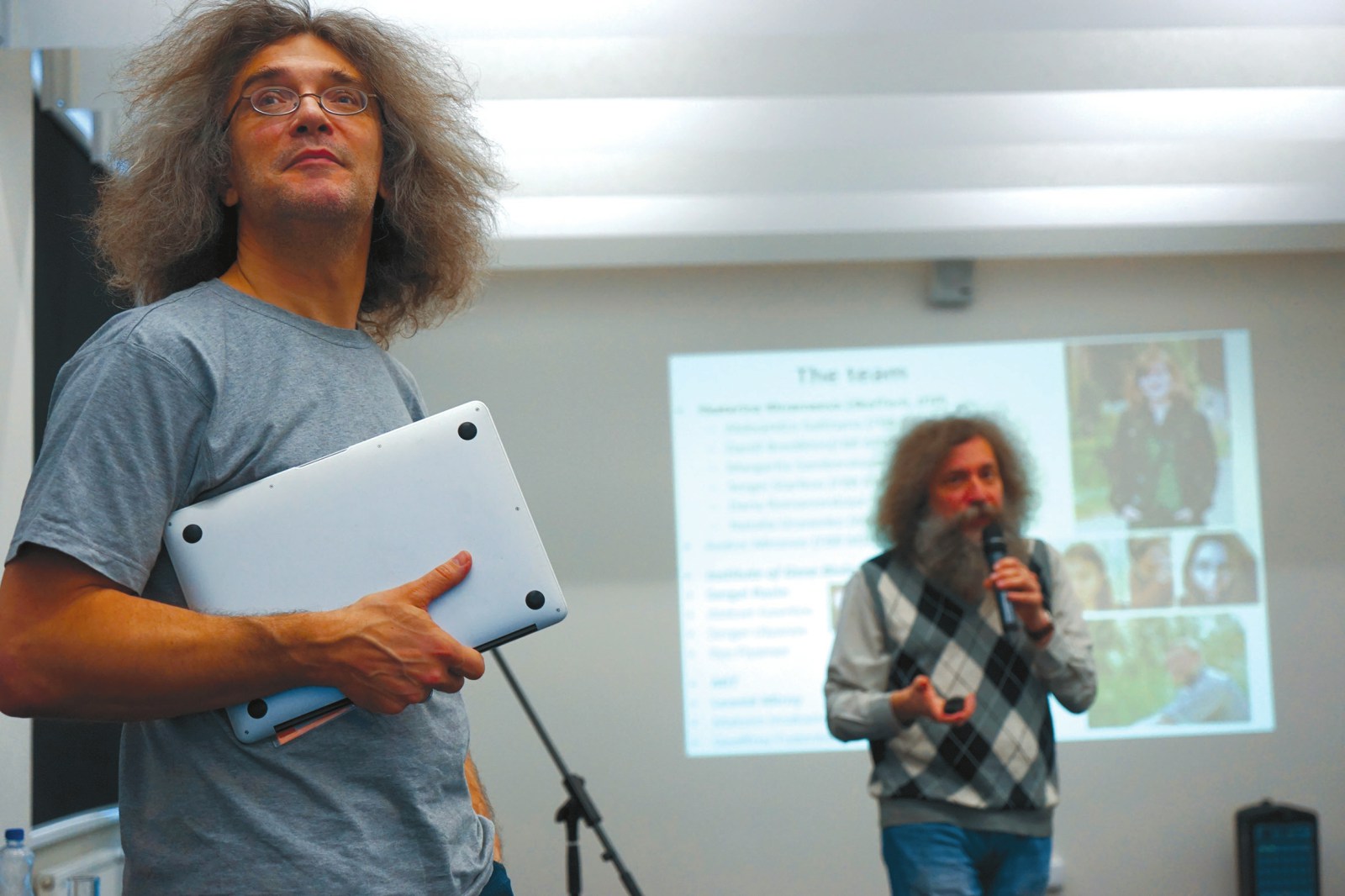 Professors Severinov (left) and Gelfand, pictured together during a recent conference.