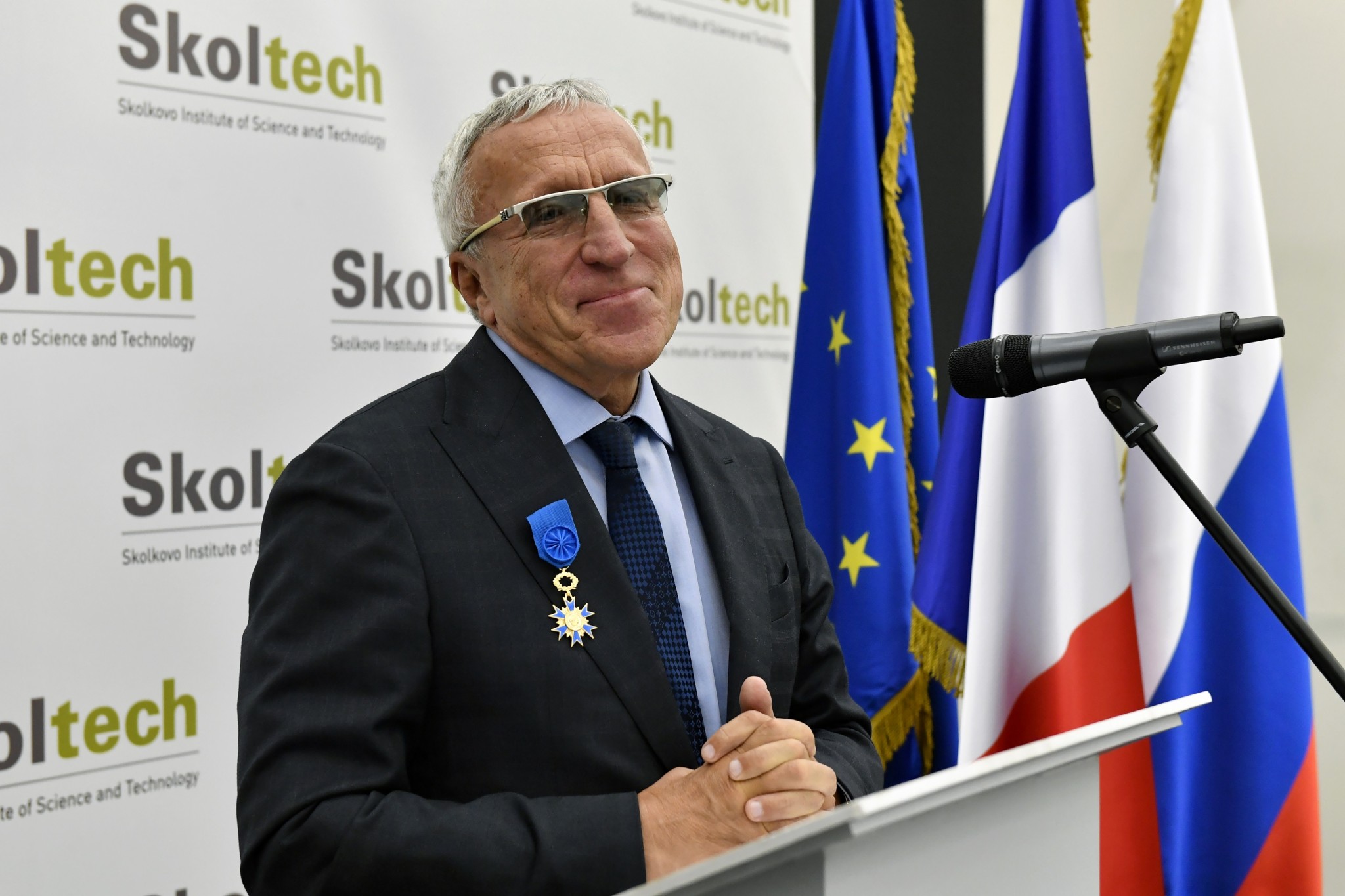 This illustrious honor is awarded by France to individuals who have shown “distinguished merit,” such as acts of devotion, bravery and generosity. Its aims are to reflect a dynamic society, set an example and recognize diversity.

The president received the award at an intimate reception at Skoltech on Wednesday evening.

The National Order of Merit is awarded to both French citizens and foreign nationals for distinguished military or civil achievements. The order, whose grand master is the French president, was established in 1963 by President Charles de Gaulle. It is France’s fourth highest award, following the Legion of Honour, the Order of Liberation and the Military Medal.

French members of the National Order of Merit have included the oceanographer Jacques Cousteau and the actors Gérard Depardieu and Isabelle Huppert, while foreign recipients of the order include King Juan Carlos I of Spain.