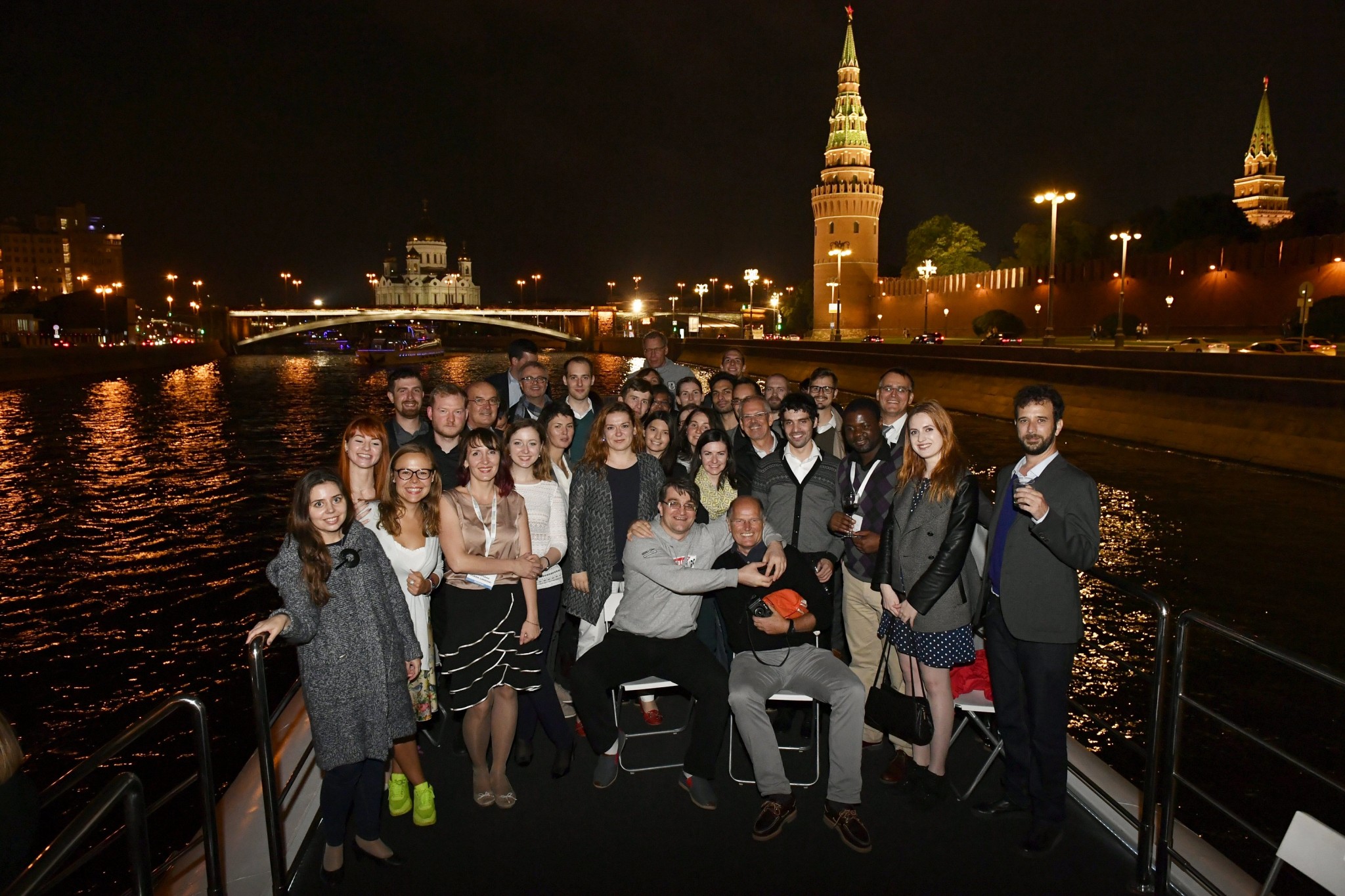 Attendees of the seventh annual German-Russian Week of the Young Researcher take a boat tour through central Moscow. Photo: Skoltech.

Graduate students and early-career scientists from Russia and Germany have spent the past week congregating in the halls of Skoltech to share their latest research and develop valuable connections with their international counterparts.

Thursday marked the end of the seventh annual German-Russian Week of the Young Researcher (WYR) – an event that aims to foster ties between the scientific communities of these two nations.

“The main goal of [WYR] is to bring together young scientists and senior scientists from Russia and Germany and to give them an overview about current scientific topics, and hopefully to build new working groups and partnerships in this field,” said Mikhail Rusakov, coordinator of the German Houses for Research and Innovation (DWIH Moscow), the event’s key organizer.

Other organizers included the German Research Foundation (DFG), Germany’s main academic grant funding organization, and the German Academic Exchange Service (DAAD), an organization that supports study abroad programs, both of which operate in Moscow under the DWIH umbrella. The German Embassy in Moscow also provided support.

Past WYR events have been held in institutions in other regions across Russia, including Kazan, Novosibirsk and St. Petersburg. Rusakov explained that Skoltech was chosen to host this year’s event because: “It is a modern and innovative institute, where the topics of this year – Biomedicine and Computational Biology – are studied. The provost of Skoltech – Professor Rupert Gerzer – is also a German professor.”

Each year the event focuses on a different scientific field. This year, it centered on Computational Biology and Biomedicine.

Lecture topics ran the gamut from mutational changes during the development of cancer, to detecting the genetic causes of inherited rare diseases, to the convergence of biomedicine and engineering.

DWIH Director Peter Hiller noted that Gerzer’s deep roots in German academia proved key to the success of this year’s conference. Being tapped into a network of professors at some of Germany’s leading universities, Gerzer was able to help attract top-flight academics and their research teams.

Hiller added that by hosting the conference, Skoltech was able to expand its repertoire of international partner universities: “Many of the German scientists attending the event came to Russia for the first time this week, providing Skoltech with an excellent opportunity to lay the foundations for a collaboration with German universities.”

Skoltech Provost Gerzer views strengthening ties with Germany as one of his important tasks at the institute: “I am still deeply connected with the German research community and always enjoy seeing how enthusiastic my German colleagues get about collaborating with Russian institutions once they have arrived here and have seen all the great developments.”

The former gave select young researchers from Germany and Russia the opportunity to deliver visual presentations on their current research interests.

The latter brought in industry representatives, including German companies Biomax Informatics AG and Bayer, and Russian company Biosoft – a Skolkovo resident – to Skoltech to provide young scientists with practical business innovation tips, including lessons on how to transform a research project into a successful company.

DFG Vice President Frank Allgöwer, who attended the 2016 WYR conference as well, said he was highly impressed with the range of topics covered during this year’s event, as well as with the quality of the research presented by young scientists from both countries. He went on to commend the “constructive spirit that carried through each day of the conference.”

Going forward, the WYR organizers plan to continue the poster and innovation sessions. “I think these sessions were very successful and very interesting, and we plan to repeat them in the coming years,” Hiller said.

The week was also replete with networking opportunities – from coffee breaks and shared mealtimes to cocktail receptions and an evening boat ride through Moscow. Fun though they may have been, these activities were guided by a purpose. The WYR organizers believe it is imperative to foster meaningful connections between conference attendees.

“In our opinion it’s very important to nurture lasting contact between scientists – especially among the younger generation – so they can communicate with each other, exchange experiences and discuss their projects, and not only make presentations,” Rusakov said. 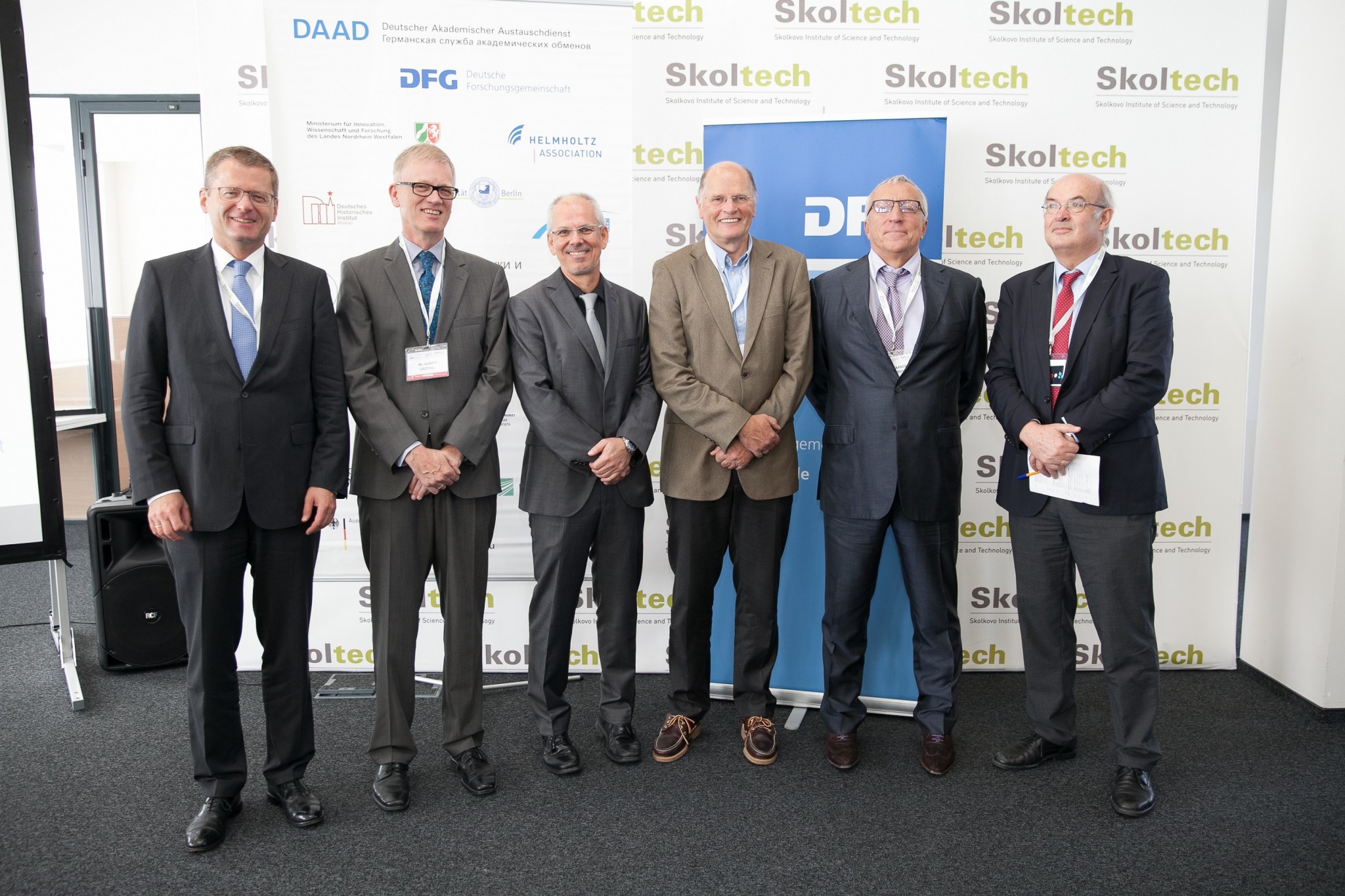 Some of the event’s organizers and key participants, including, from left, Thomas Graf, Head of the Department for Economy and Science, Embassy of the Federal Republic of Germany in Moscow; Ulrich Grothus, Deputy Secretary General of the DAAD; Professor Dr. Frank Allgöwer, Vice President of the DFG; academic program coordinator and Technical University of Munich Professor Dr. Werner Mewes; Skoltech President Alexander Kuleshov and Skoltech Provost Rupert Gerzer. Photo: DFG. 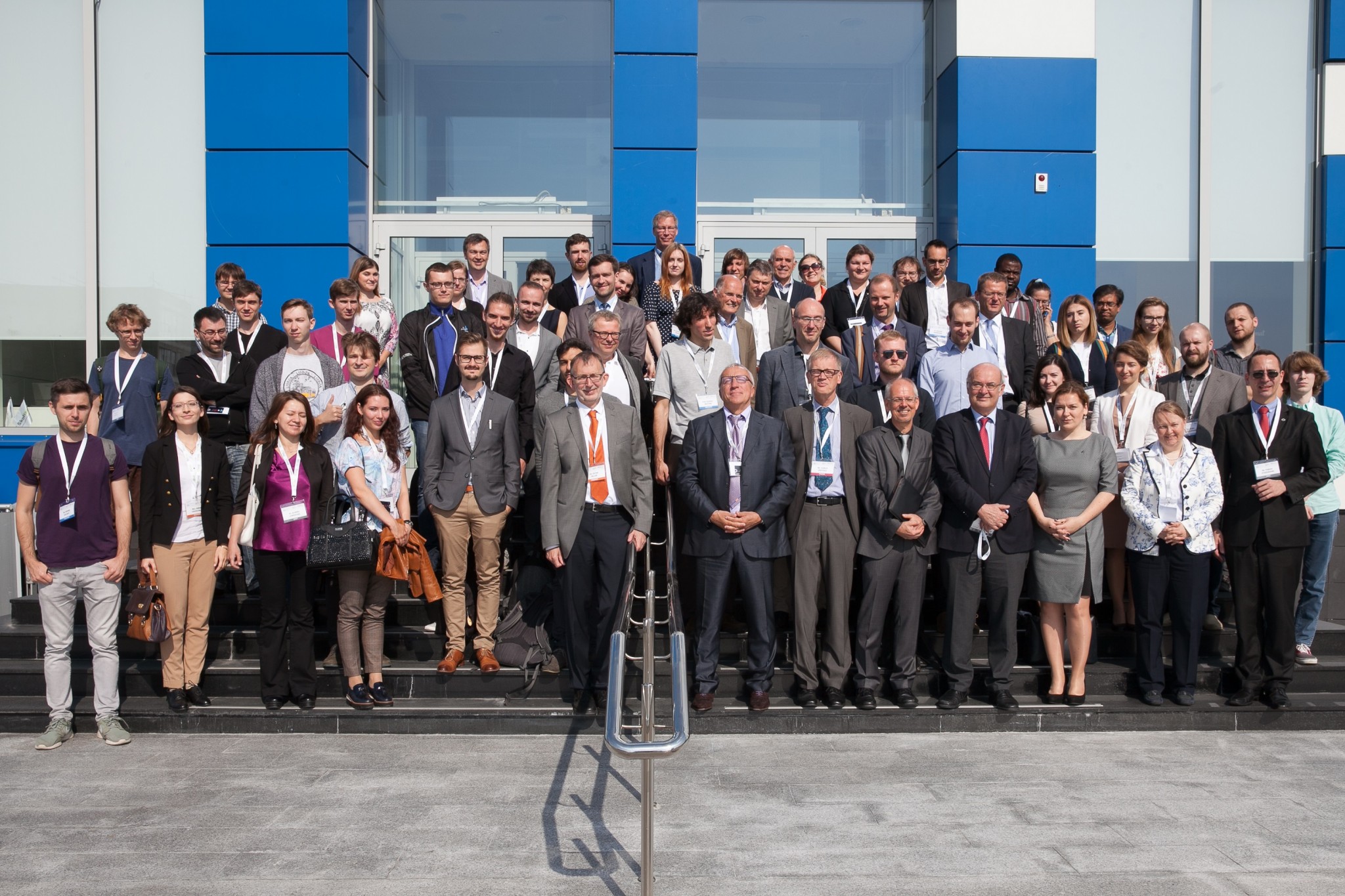 The participants of this year’s German-Russian Week of the Young Researcher. Photo: DFG.