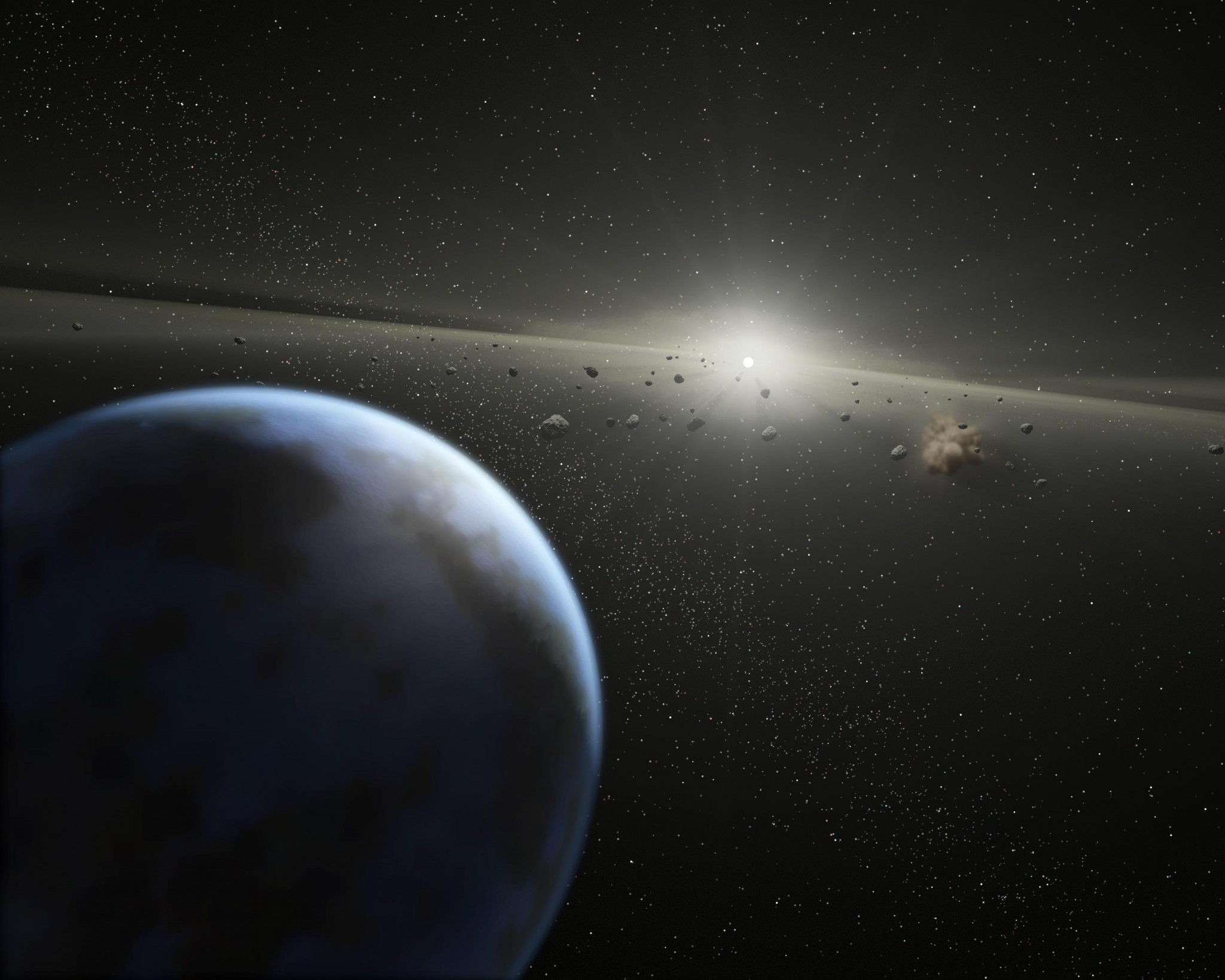 On 1 September, the largest near-Earth asteroid NASA has ever detected bolted past our planet.

The asteroid – which has been named Florence – passed by at some seven million kilometers, according to NASA, leaving those in the know confident that we have nothing to worry about… this time.

“While many known asteroids have passed by closer to Earth than Florence… all of those were estimated to be smaller. Florence is the largest asteroid to pass by our planet this close since the NASA program to detect and track near-Earth asteroids began,” Paul Chodas, manager of NASA’s Center for Near-Earth Object Studies at the Jet Propulsion Laboratory in California, said in comments released by the agency.

But the fact remains: large asteroids pose an existential threat to life on Earth.

The 10-kilometer asteroid that is generally believed to have brought about the demise of most dinosaurs nearly 66 million years ago created a 180-kilometer crater, triggering a chain of events that ultimately obliterated the majority of life on Earth.

The astronomical realities that brought about that catastrophe remain unchanged; but since that time, a species has evolved with the brain power and reasoning skills to detect and combat large asteroids and other celestial bodies that pose a threat.

While much research has been done and countless papers published on the matter, a combination of waxing and waning public and governmental support paired with technological limitations have prevented scientists from testing or meaningfully putting into action any of our theoretical defenses against potentially apocalyptic asteroids.

We sat down with Skoltech’s resident planetary defense expert, Professor Ighor Uzhinsky of the Center for Design, Manufacturing and Materials, and Skoltech Space Center alumnus Raffaele Nova Gradini to learn more about what we’re up against and how we can boost our chances of survival when disaster looms. 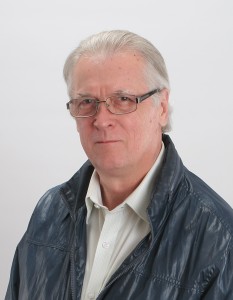 “It is absolutely inevitable that at some point, a pretty big celestial body will be on the path to a collision with the Earth,” Uzhinsky explained.

Smaller asteroids – those with diameters of about 150-500 meters – can have dire regional consequences, including crater impacts and tsunamis, while larger asteroids – one kilometer or more – “can bring catastrophic consequences and global devastation, so it is of primary interest to avoid [such collisions],” according to the ESA.

Based on these results, a Skoltech-led study authored by Nova Gradini, Uzhinksy, Skoltech Professor Alessandro Golkar and Andrey Ivanov of Russian rocket engine manufacturer NPO Energomash worked on a possible mission to defend the planet from this sort of natural catastrophe.

The good news is that we have the technical capacity to detect even golf-ball sized celestial bodies jetting about in proximity to Earth’s atmosphere. 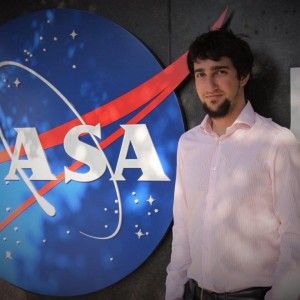 That’s not to say we haven’t been surprised, as evidenced by the many viral videos that proliferated in the aftermath of an unanticipated meteorite’s surprise visit to Chelyabinsk, Russia in 2013. But surprises at this point have much more to do with lapses in communication between those around the world who are tasked with monitoring the skies than it does with our detection abilities, according to Uzhinsky.

Once a celestial body is detected, it is possible for scientists specializing in space mechanics to monitor its trajectory, interference, gravitational field impact, and various other attributes that could have a bearing on its potential to crash into the Earth.

Key options for mitigating the effects of a potential asteroid threat include deploying a small fleet of up to six spacecraft to slowly push it away from its trajectory or using nuclear power to blow it up.

According to Uzhinsky, a nuclear detonation could do more harm than good.

“When you have a nuclear explosion impact to this type of body, it’ll just fall apart, and you cannot intercept these pieces, and some of the pieces could pose just as serious a threat to Earth as the original body would have,” Uzhinsky said.

“The solution is to push it,” he explained.

Nova Gradini continued: “But pushing is not that easy; you need first of all to identify the complete trajectory of the body. In fact, some celestial bodies are known to orbit around the sun and intercept the Earth’s orbit several times before they leave the Solar System”

According to Uzhinsky and Nova Gradini, our best bet is to send a constellation of spacecraft into a system of heliocentric orbits, and then leave them with enough power to lie in wait for the next significant threat.

Enhanced with tethers, these spacecraft could intercept an incoming asteroid and tow it away from its path of destruction.

Critical to the success of these spacecraft would be their capacity to endure reliably for what could be a very long time, bearing in mind the fact that we have no idea when the next major asteroid threat will materialize. “To implement this concept, you need a space propulsion system that’s not very high-thrust, but that will be reliable and consistent for dozens of years,” Uzhinsky said. “The most important part of this is the space propulsion that is capable of providing continuous thrust for many, many years.”

Nova Gradini added: “The concept we have been working on is not only capable of enduring several years in space in stand-by mode, but also of being refurnished and repaired if necessary. Toward this end, we focused on an orbit path that passes close to the Earth every two years, to make sure that this precious constellation will be up and working in a case of necessity.”

Timing would be key to success in any apocalyptic-asteroid scenario.

“We need to have a defense ready some 15-20 years in advance,” Uzhinsky explained.

“We can usually tell 100-200 years in advance when a particular asteroid that has been detected is going to impact us, and in such case, it’s best to be on the safe side and literally move the asteroid,” he said. “We’ll need to intersect this asteroid before it’s really approaching the Earth. And we need to do our best to identify an unknown asteroid that may intrude into the vicinity of the Solar System – somewhere around Pluto’s orbit. After that, you have about 10 years to impact and redirect it.”

Nova Gradini went on to explain: “But sometimes we do not have so much time to detect and respond to a threat. While big asteroids are easily detectable, smaller bodies, including comets coming at particular angles, are very hard to detect, significantly reducing the response time available. The response time in fact is not just the time needed to for the constellation to be deployed but also the time needed to reach the asteroid and push it. To give you an idea of the time scale needed, the pushing phase alone can take several years, assuming that the body is not tumbling. In that case, we’d need even more time – and they are almost always tumbling. Therefore, having a constellation already orbiting around the Sun will significantly cut down the response time by up to 40%.”

Banding together for a greater cause

In Uzhinsky’s view, our chances of surviving a serious asteroid threat rest largely on the capacities of governments, agencies, and private entities to pool their resources and already developed technologies together for a fail-proof asteroid redirect mission. In fact, this willingness to set aside earth-bound squabbles and act for the greater good will be essential when – not if – an asteroid eventually heads our way.

“In the cases of a lot of apocalyptic scenarios – such as pandemics – we have options. Medical science, environmental initiatives and so on can help us mitigate the consequences of many potential catastrophes. But there’s nothing we can do to prevent the catastrophic consequences of an asteroid hitting the Earth; that would be the end of human life,” he said. “This is why we need to mitigate the damage before any large asteroid comes too close to Earth.”

In light of the enormous costs and technological intricacies involved in creating and launching a constellation of spacecraft equipped to sit for decades in space with the propulsion to intercept and tow a potentially earth-ending asteroid, this burden is simply too big for any one country to take on alone.

But if there was ever a reason to rise above the political fray and work together toward a common goal – an apocalyptic scenario that we know is on the horizon is probably a good place to start.

To foster the political will for such an undertaking, Uzhinsky suggested that the asteroid threat – which has been subject to peaks and valleys over the decades in terms of public awareness – should be prioritized as on par with global warming when it comes to threats to the future of our species. Heightened popular awareness would prompt policymakers to prioritize the threat and allocate resources to remedying it.

“We have what it takes to save our descendants, if we act now,” Uzhinsky said.