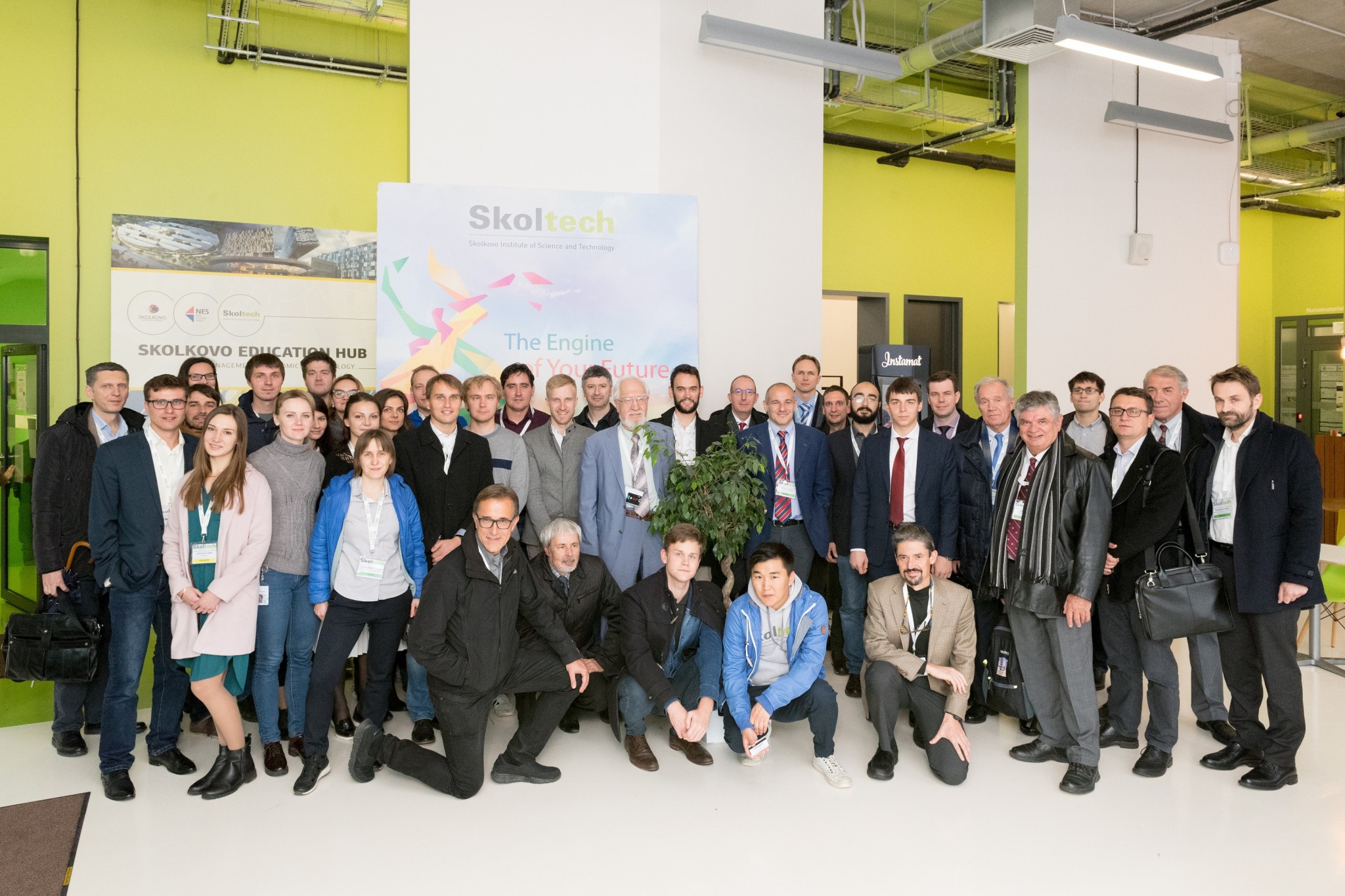 Dozens of energy systems experts from around the world pictured at Skoltech. Photo: Skoltech.

Dozens of engineers and researchers gathered at Skoltech on 12-13 October for an exclusive summit on energy systems, entitled “Science for Energy Systems Regulation.”

Energy systems – which typically transfer services like power, heat and gas to end users – have evolved rapidly in recent years. In particular, this has manifested in the form of smart grids, or electricity networks that rely on digital technology to monitor usage, thereby streamlining the energy distribution process.

A wealth of new technologies has emerged from the smart grid revolution, including ones related to energy conversion systems, renewable-energy generation, and thermal and electric energy storage.

Around the globe, brisk academic evolution in the field has often outpaced industry activity.

As explained by Mikhail Chertkov, a founding professor of Skoltech’s Center for Energy Systems (CES): “In academia, there are a lot of developments happening in energy systems. There are a lot of reasons for this. We have renewable energy, we have new devices, we have new ways to use energy, so energy consumers are becoming active. The academic world is responding with rapid developments, but there is usually a significant distance between academic developments and industry.”

This owes to the fact that energy infrastructures in many countries are tightly regulated – often to the point of encouraging monopolization of national energy markets. Strict regulations tend to disincentivize the adoption by power companies of cutting-edge technologies and theoretical engineering solutions.

The conference, the third of its kind hosted in as many years by CES, focused on scientific aspects of energy systems regulation.

Professor Janusz Bialek, associate director of the CES CREI, explained that the crowd of leading specialists in attendance at the invitation-only event had been carefully selected based on their contributions to the field of energy systems.

“We achieved a very good turnout of highly qualified people,” he said on the sidelines of the conference. “I’m very pleased with the program and with the caliber of guests – well-known international experts, some of whom are truly at the top of their fields, as well as some rising stars.”

Bialek said that his motivation to keep hosting the event stems from a desire to increase brand awareness and promote Skoltech as an energy systems leader. “By hosting this conference, and by inviting very good people, we are able to show leaders in the field the research we do and what kind of university we are. This increases the value of our brand,” he said.

Pozo, a Spanish power systems scholar who joined the CES faculty just five months ago, was pleased with the crowd and the fascinating conversations.

“We have attracted a lot of leading scholars and practitioners from different areas – heat, electricity, gas,” he said, noting that the particular mixture of Russian and international specialists fostered fascinating discussions.

“This is a great way to determine new methodologies and missions for the future, and to discuss the needs and challenges that we’re facing right now with respect to energy systems,” he said, referring to such issues as power and energy system operations, regulatory issues and system flexibility, particularly in light of the emergence of renewable energy technologies.

The program for the event was packed solid, but audience members remained focused and engaged despite the long hours and the sheer variety of topics covered.

Professor Shmuel Oren of the University of California, Berkeley – one of the featured speakers in attendance – gave glowing reviews of the experience.

“This was a great meeting. I learned a lot about the Russian system and the work that is being done here,” he said. “I really enjoyed the visit. I got to meet people here from both industry and academia [in the field of energy systems]. I’ve known [Bialek] for a long time, but I think coming here and meeting all these other people was a truly rewarding experience.”

With the conference behind them, the organizers’ next step is to introduce their findings to the Russian energy authorities.

As explained by Chertkov: “The intent of the conference is to form a package that later may be considered by the Russian Energy Ministry in terms of guidance and directions of what to do regarding energy systems. We consider Skoltech to be a research entity that provides science for regulatory consideration. Of course regulatory decisions are made by bureaucrats, but they need to be informed and educated.”

Bialek noted that the CES team may expand the conference next year, opening it up to the public rather than limiting attendance to select invitees. 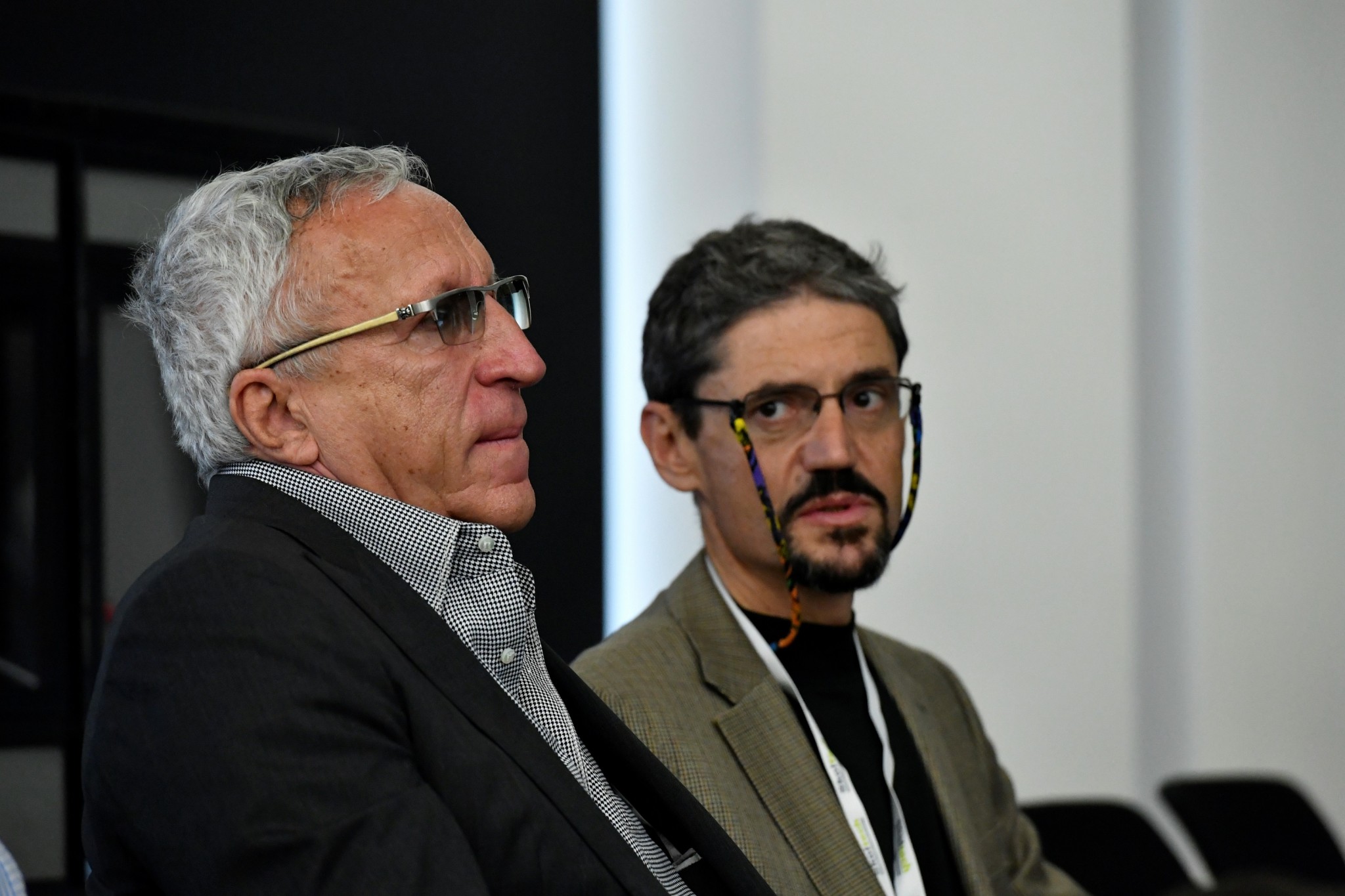 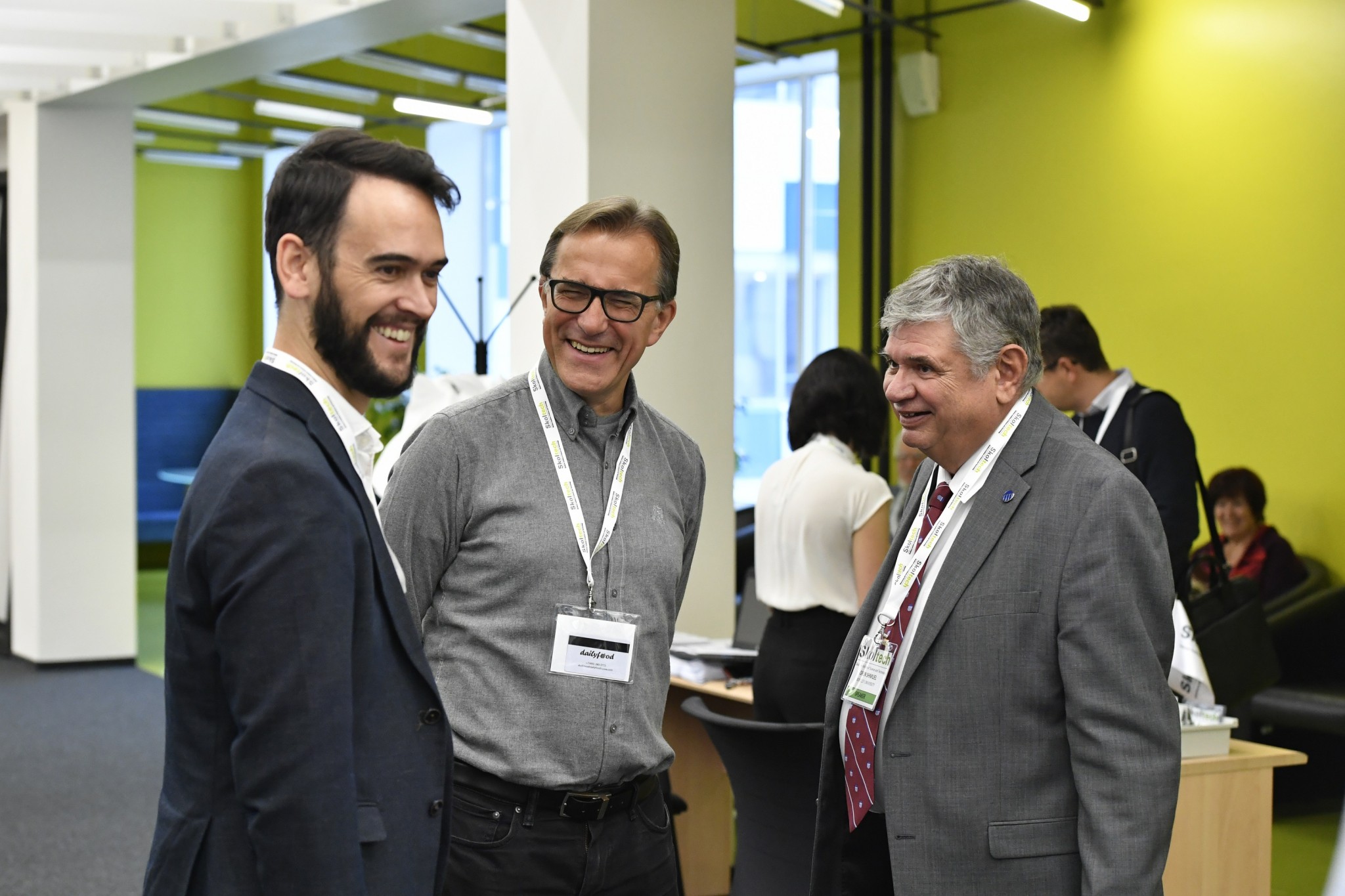 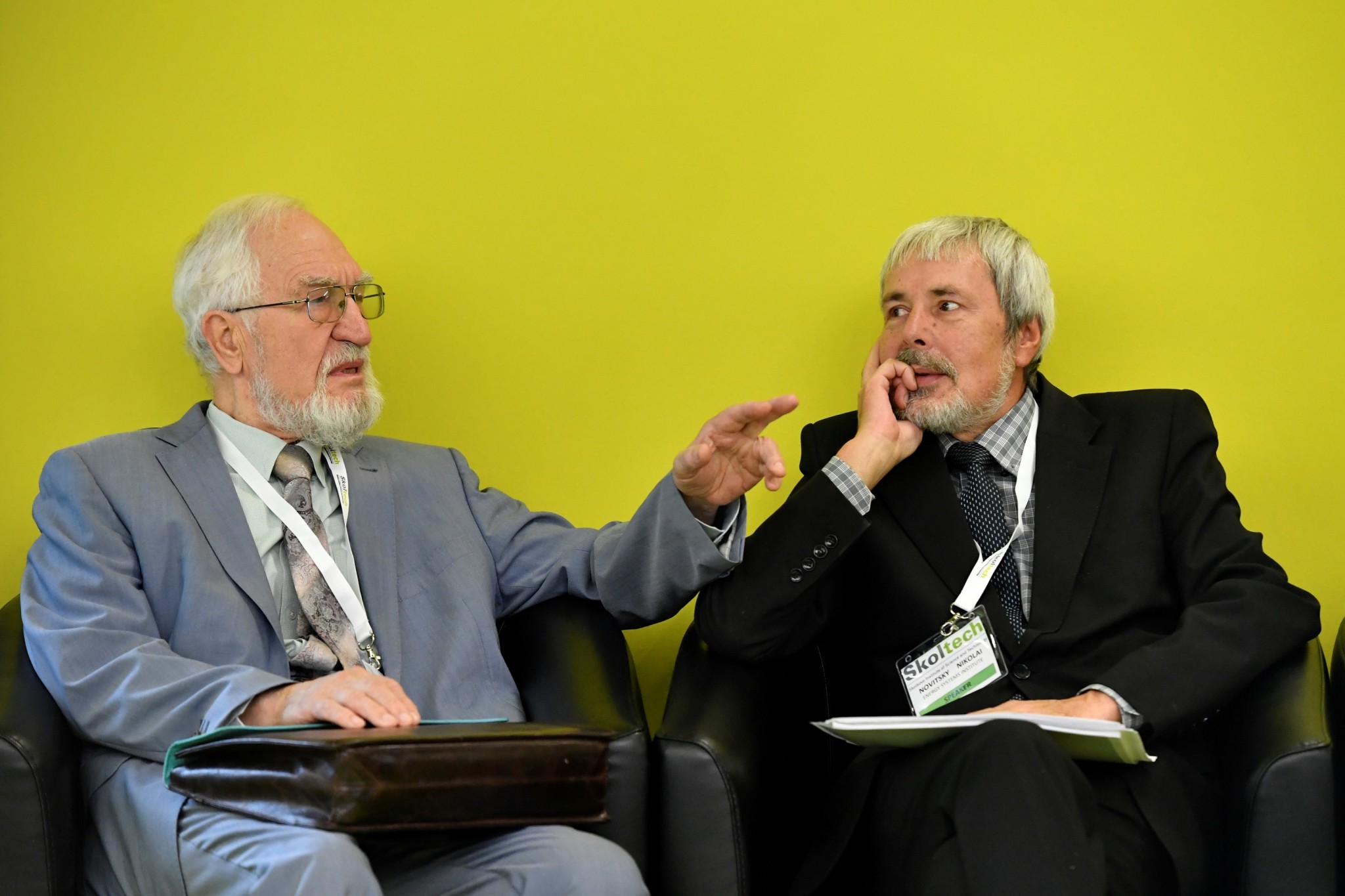 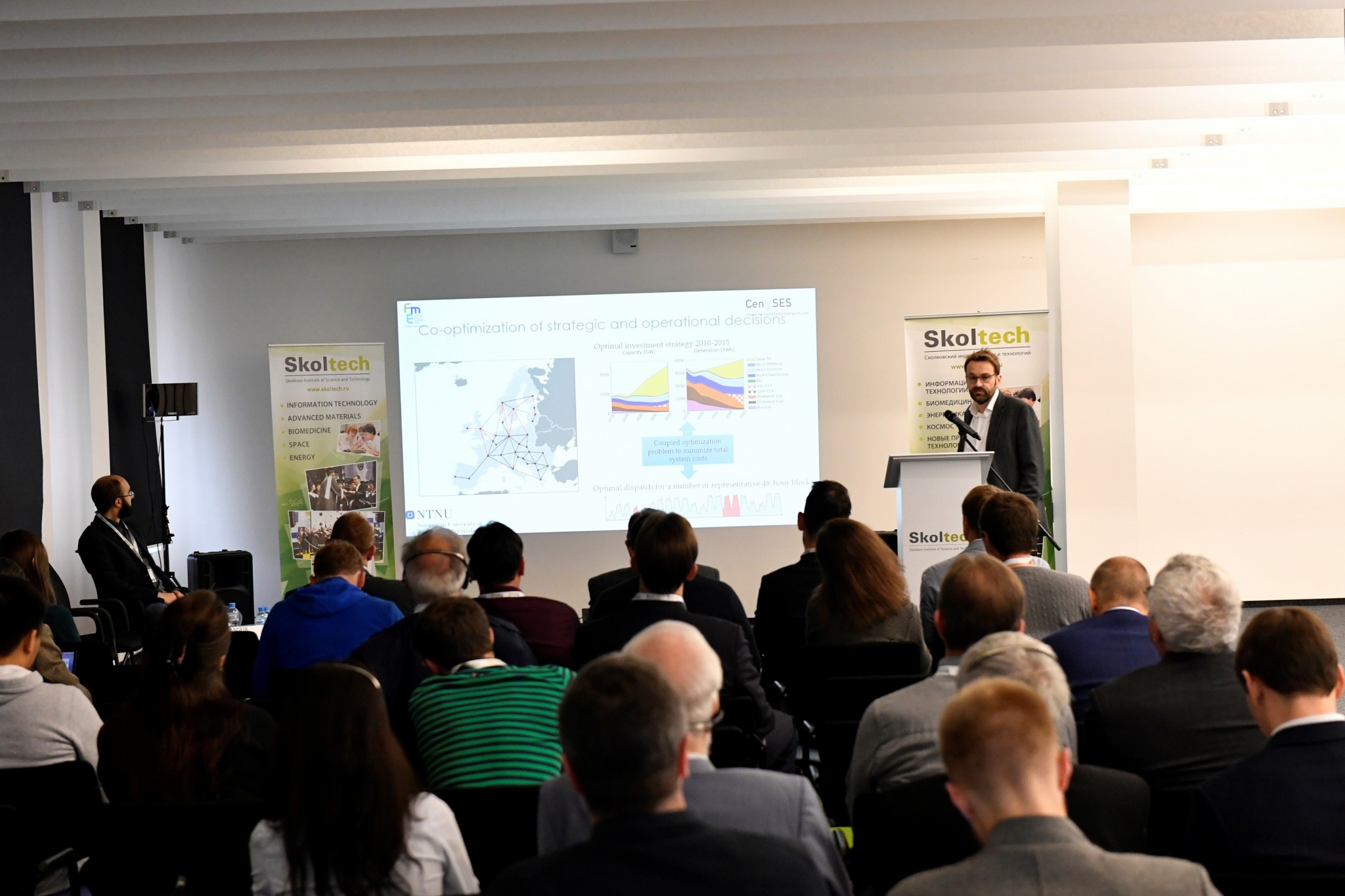 The audience sits rapt during one of many lectures included in the packed program. Photo: Skoltech. 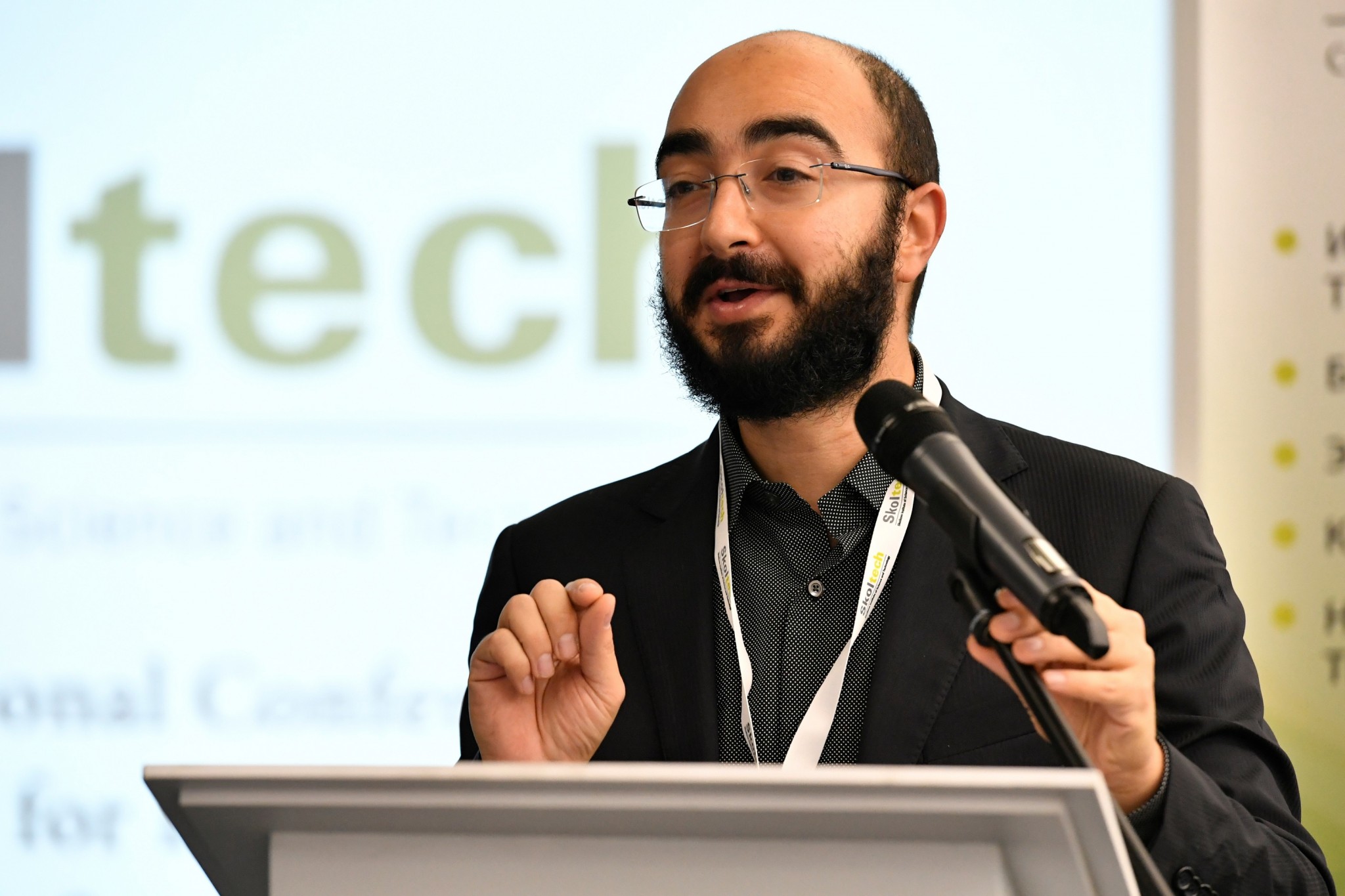 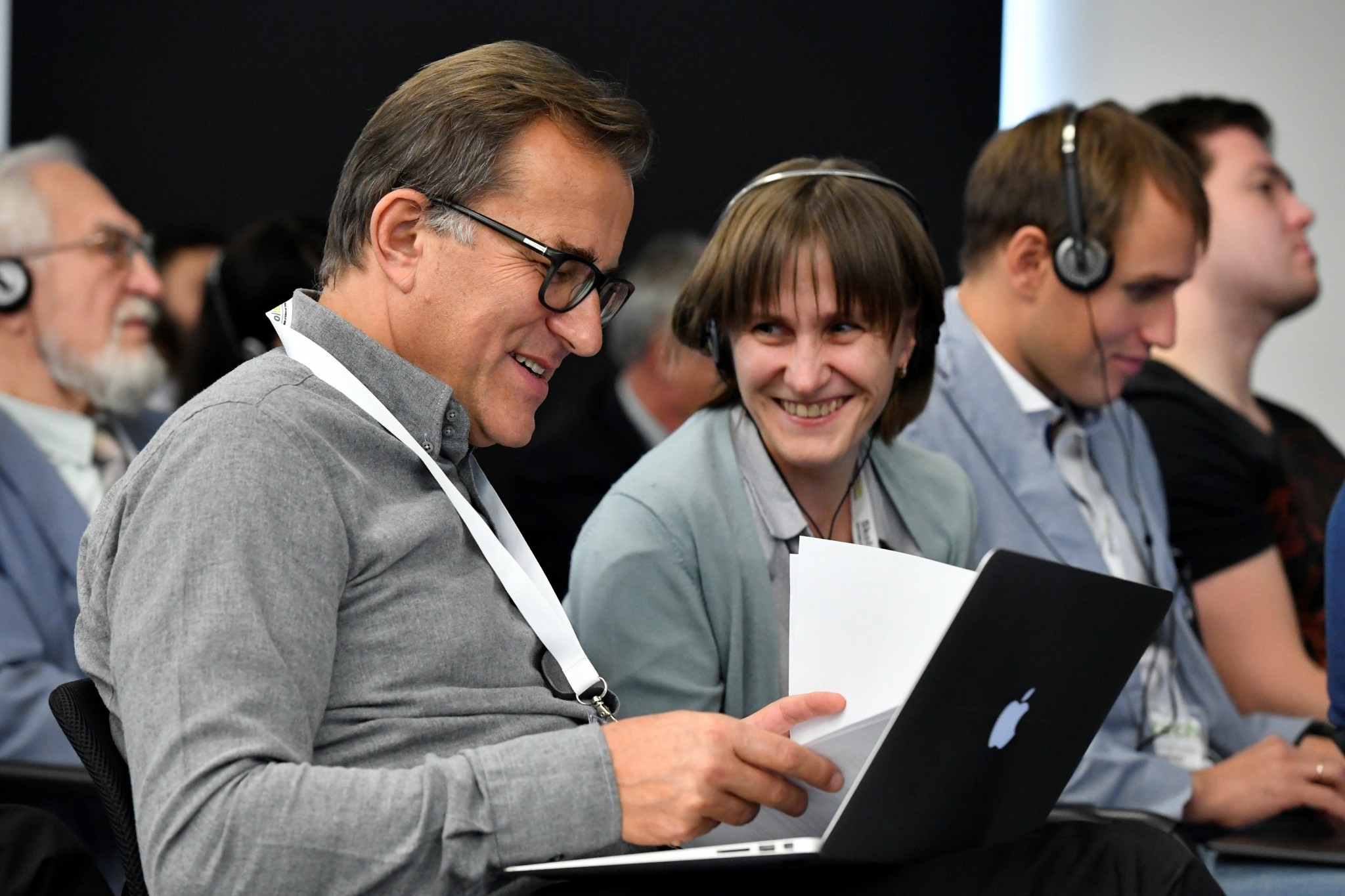 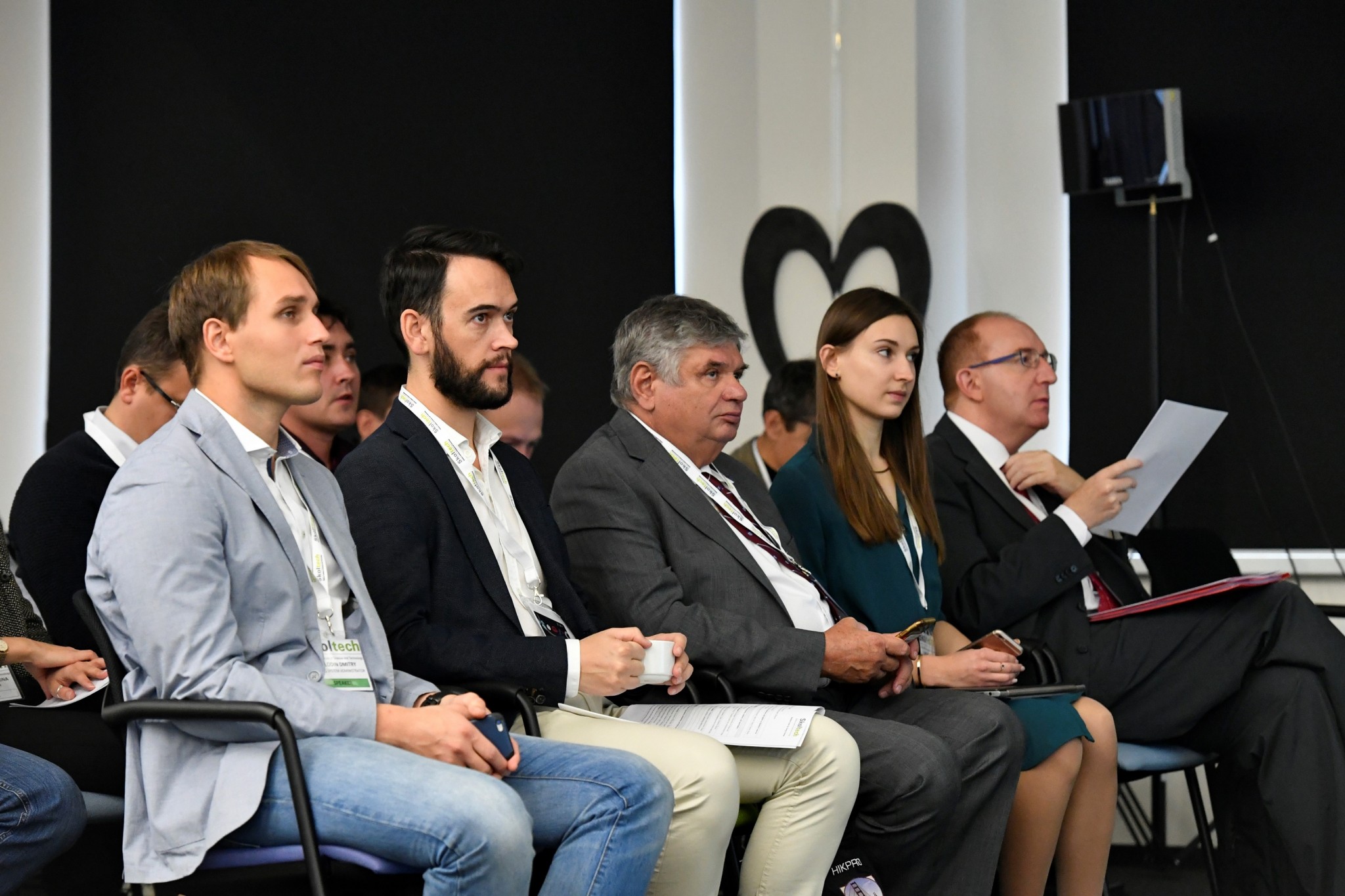