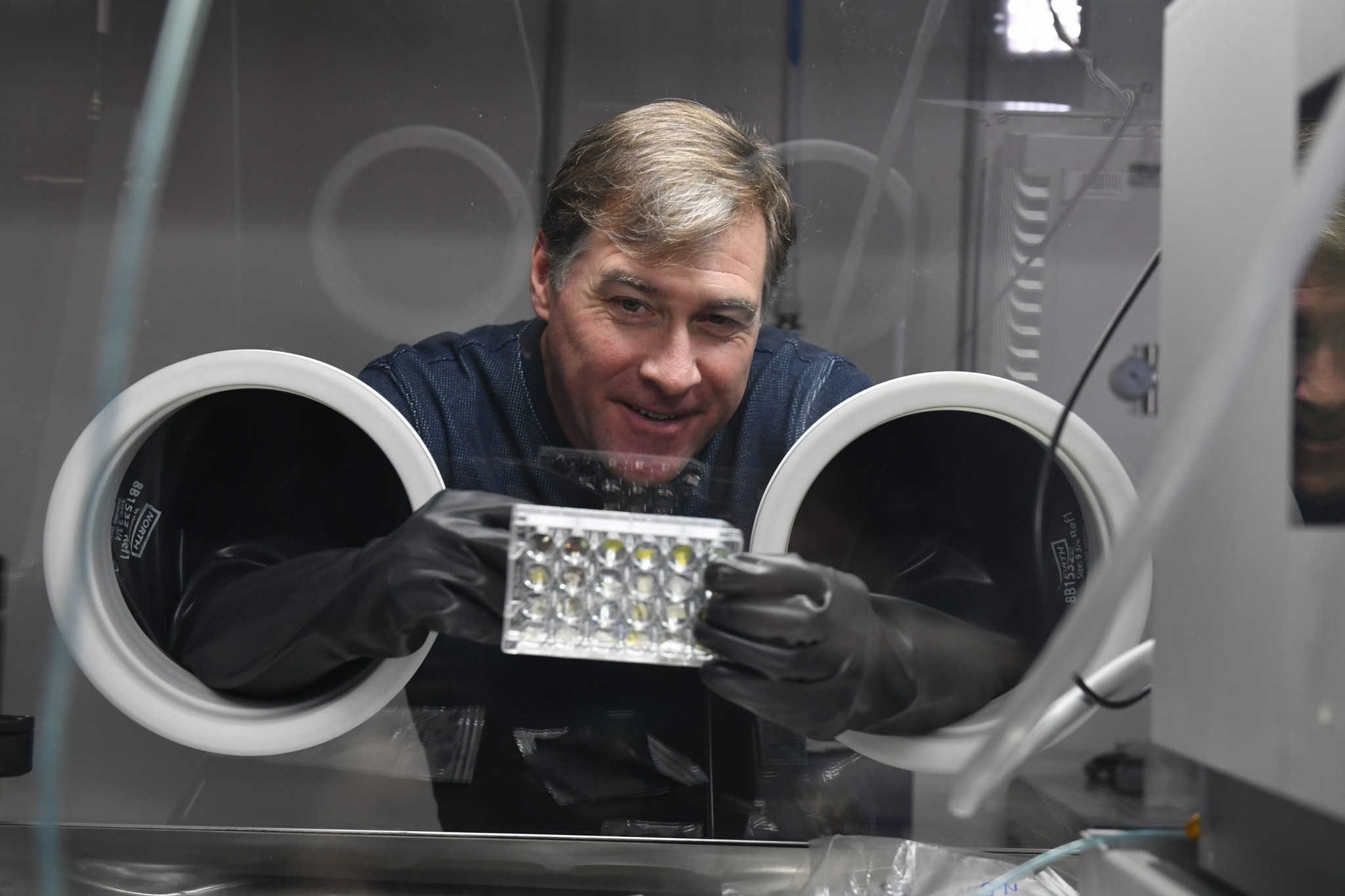 Professor Keith Stevenson came to Skoltech with a lofty set of goals.

Chief among these: He would strive to cultivate cutting edge energy efficiency technologies that minimize public health risks, while also spearheading novel educational techniques geared toward training the next generation of scientists and engineers.

While neither goal appeared to be easily achievable when Stevenson first visited the institute in 2013, both felt like natural extensions of his life’s work up to that point. At the time, he had plenty of drive, but lacked the mechanism to achieve them.

“I wanted to take on a new challenge,” he said during a recent interview. “I’m the type of person who likes to build things and to create new mechanisms, and I’m not afraid to take risks by taking less traveled paths.”

Four years down the line, he’s well on his way to surpassing these initial goals, and the Skoltech community is better off for it.

Traveling Down Your Own Road 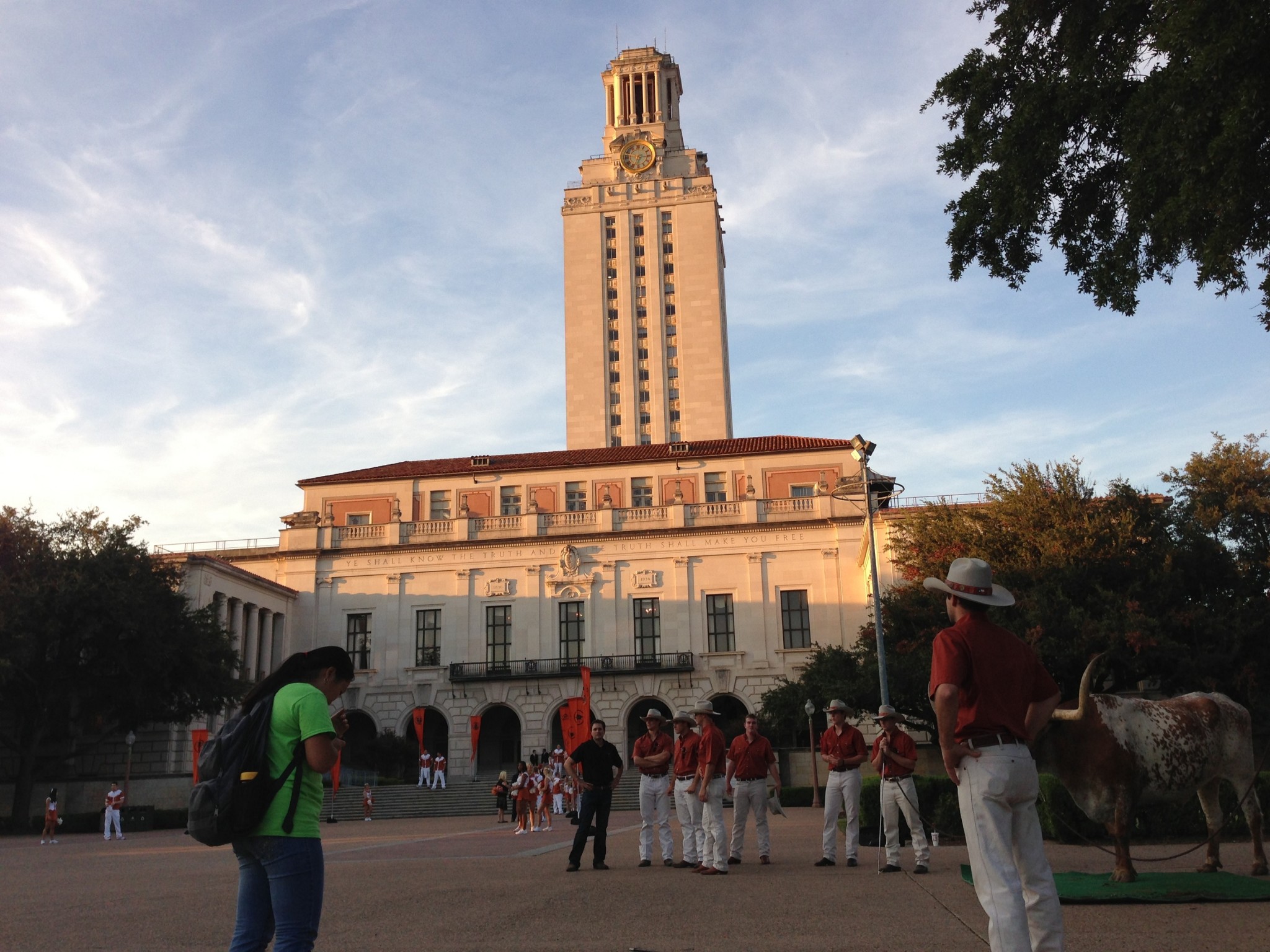 The University of Texas at Austin, where Stevenson spent more than a decade ascending the professorial ranks before accepting a position at Skoltech. Photo: Guðsþegn // Wikimedia Commons.

By the time Stevenson first learned about Skoltech in 2013, he was, by all accounts, living the academic dream.

Since arriving at the University of Texas at Austin (UT Austin) 13 years earlier to teach Analytical Chemistry, Nanoscience and Materials Chemistry, he had rapidly ascended the tenure-track ranks from assistant to associate to full professor.

But ultimately, Stevenson grew restless with the ways in which traditional academia tends to compartmentalize education, research and innovation. Over the years, he struggled with how to change and overcome the traditional barriers to modernize its programs.

He made headway toward finding answers to these questions at UT Austin, in part by co-founding a program – now known as the Freshman Research Initiative – which matches undergraduates with advanced research projects. These students remain committed to their projects from their first semester through graduation. 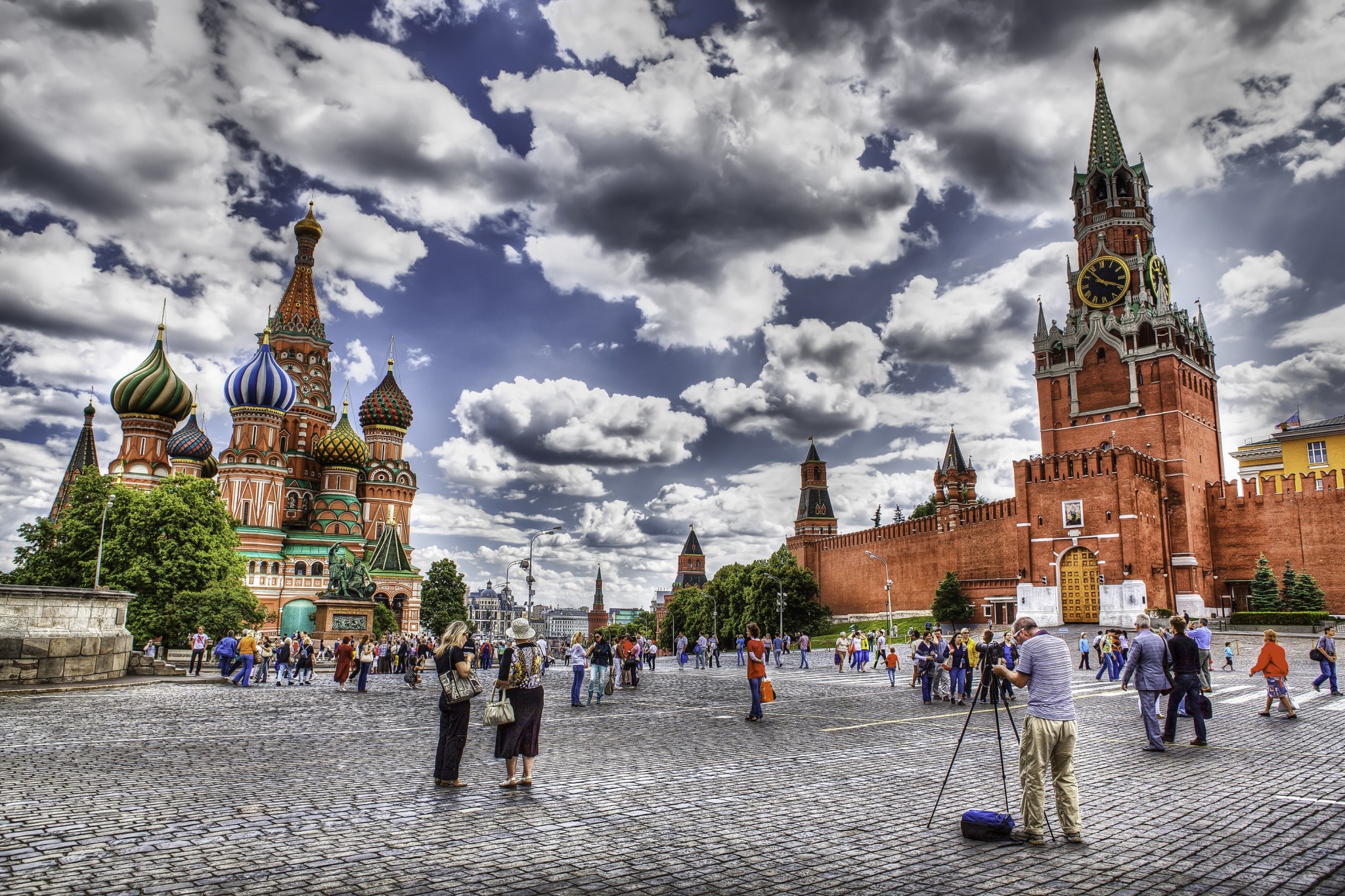 Traveling to Russia for the first time to visit Skoltech and develop a sense of what me might take on there felt like a blind leap loaded with potential. Photo: Valerii Tkachenko // Skoltech.

Despite the success of his program, Stevenson faced resistance when attempting to promote this paradigm at the graduate level.

“We were facing cutbacks to [my former university’s] graduate programs, as well as less available external federal funding,” he said. “We were also up against a lack of institutional investments to modernize existing curriculums, grow new educational initiatives with a more interdisciplinary and modern focus, and to facilitate more shared engagement and integration of high impact research infrastructures. It’s a complex problem that still lacks a clear solution for many traditional universities.”

He added that at the time a flurry of other resource-draining debates – such as those related to affirmative action and the rights of students, staff and faculty members to carry concealed firearms on campus – were drawing attention away from critical academic issues.

“The whole focus revolving around UT Austin’s campaign for ‘what starts here changes the world’ shifted away from rewarding excellent research or outstanding teaching; it has become all about how Texas was going to still support money-wasting processes and political agendas in many non-educational and non-research oriented efforts at the expense of aiding the faculty and its students to evolve in a productive manner,” Stevenson said.

It was about this time when a chance encounter with a fellow academic from the Massachusetts Institute of Technology, which helped establish Skoltech, opened Stevenson’s eyes to an exciting – albeit unconventional – opportunity in Russia.

“Rather than make a lateral move, I was interested in doing something new and challenging myself, because I’d already achieved pretty much everything I could achieve at UT Austin, and I didn’t envision much growth, much more dynamic productivity, or a sincere investment,” he said.

Traveling to Russia for the first time to visit Skoltech and develop a sense of what me might take on there felt like a blind leap loaded with potential.

“In 2013, I was identified as the potential director of Skoltech’s Center for Electrochemical Energy Storage (CEE CREI),” Stevenson said, noting that at the time, taking on the position would mean building the center from the ground up. He would have to recruit and hire faculty and collaborate with an array of external partners to build capacity.

“I solidified the existence of the center by coming onboard in 2014,” he said. “Yet in hindsight, I also found several partners and new collaborators in Russia and abroad that were extremely helpful in supporting this new construct. They too should be thanked for their willingness to change the road on which we all traveled, and collaboratively supporting the creation of a new way forward.” 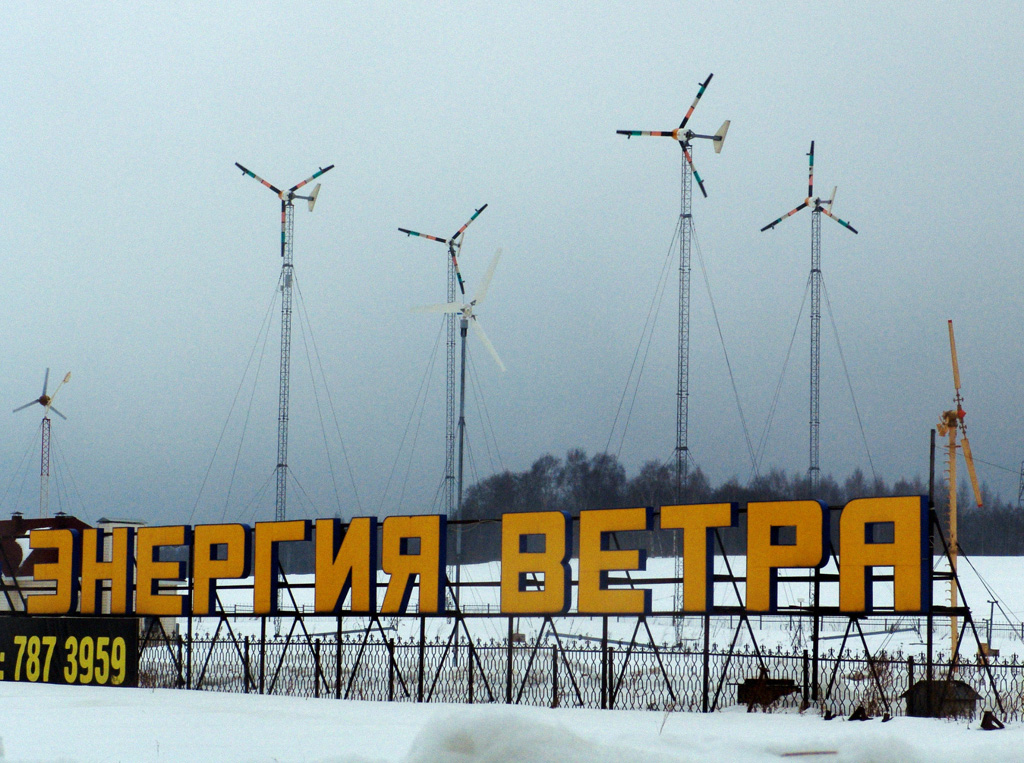 Stevenson has dedicated much of his career to renewable energy – a field that holds boundless promise of environmental health, but that the global community has been sluggish to embrace due to numerous obstacles, including that of storage. In Russia, for example, renewables account for a mere 3.6 percent of total energy consumption, according to The Financial Times.

Renewable energy systems like solar and wind power have traditionally fallen short of widespread demand due to their intermittent output levels. Storage systems enable energy producers to trap energy from these sources for use during periods of decreased abundance.

Toward this end, the CEE CREI strives to change the game in energy storage. According to the center’s website: “Important foci are devices and systems that can dramatically advance portable electronics and electric vehicle transportation sectors, in addition to grid-level energy use through load-leveling and power-shaping, which serves as energy buffers to increase the efficient use of alternative energy sources, such as solar, wind, and water, that are intermittent in nature.”

According to Stevenson, at present Russia doesn’t have an energy storage industry of its own. This fact, paired with Russia’s traditional dependence on oil, have inspired the CEE CREI’s mission.

“The idea of the center here is really to help provide the capabilities to modernize the tech base in Russia so that they can make their own batteries and other energy storage devices and can source their own materials and make their own solar cells and not rely on an import base, and they can also diversify their energy network. They can still sell oil and make money off of it, but when the oil price drops, they don’t have to then think about creating income because they’d have another source, they can develop another industry to help buffer that. They can sell batteries for instance,” he said.

He added that renewable energy will benefit Russia in a variety of ways, not only from a considerable economic perspective but also by improving its standard of living.

“For instance, It’s expensive to medicate a sick population, whereas if you get rid of that at the source with investments in say renewables, people are happy and healthy, and they’re willing to contribute more of their productivity to the growth of the gross national product as opposed to lying in the hospital sick,” he said.

According to the World Health Organization (WHO), some 6.5 million lives are lost each year in connection with pollution. In Russia, upwards of 140,000 people died as a result of pollution in 2012 alone, according to the most recent WHO study of its kind. Compared to oil and gas refineries and other staples of Russia’s traditional energy sector, renewable energy sources offer a significant to total reduction in air pollution emissions.

Beyond public health, Russia’s youth has made its devotion to portable electronics clear, indicating that Russia stands to profit from creating its own batteries and other energy storage innovations: “It seems like everybody in Russia has a smartphone. Even if they’re paid a very small amount of money in whatever job they have, they have the very best technology. They crave it. Why shouldn’t Russia make its own technology to support its people and to also profit from this?”

Toward this end, Skoltech has joined forces with several Russian stakeholders, including government agencies and representatives of industry and academia, to develop the National Technology Initiative in e-mobility.

New Smart Roads of the Future 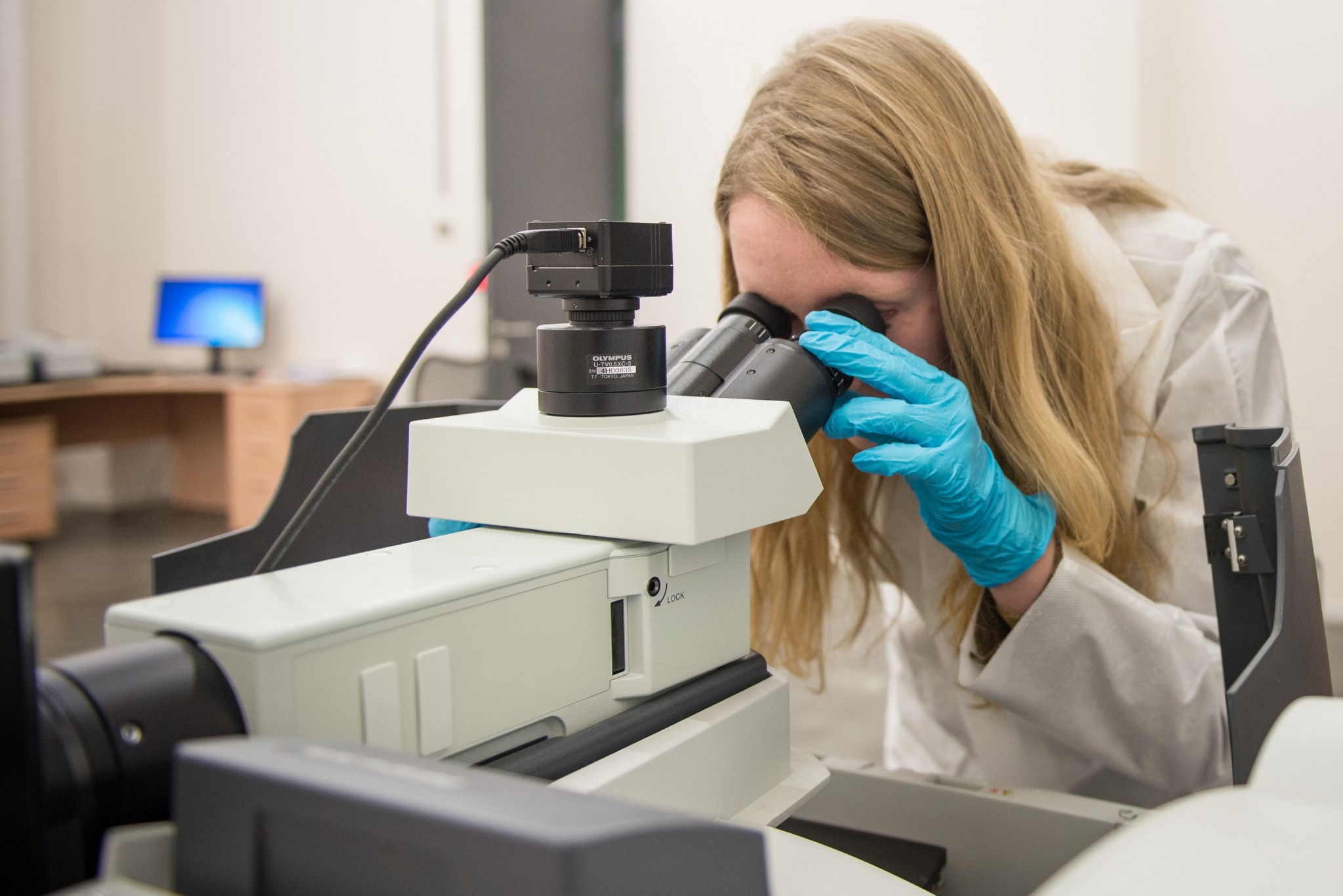 A student hard at work in the lab of the Center for Electrochemical Energy Storage. Photo: Skoltech.

Stevenson’s initial attraction to Skoltech extended beyond his traditional sphere of research, stemming largely from his interest in seeking opportunities to fundamentally change the way we view the higher training and education of students and the integration of state-of-art team based research in emerging technology domains.

“In the United States, I was successful on many levels at nucleating new programs and changing the way research and education were integrated,” he said. “I really gravitated toward this Skoltech idea. But Skoltech presented the opportunity to do it on a grander scale – to really lead by example and show how you can develop a successful center that recruits students and faculty but also changes the way that you educate and train them, focusing on the integration of education, research and innovation efforts. The whole model is a paradigm shift from what currently exists elsewhere in the world.”

One of Stevenson’s concerns with traditional academia has always been the fact that professors at leading universities are expected to fulfill their teaching obligations and to do high-profile research, but that these areas are expected to remain distinct from one another.

“To me, that’s very inefficient,” he said. “Why can’t I develop a model where I can do both effectively on a smart road of success?”

The revitalized sense of academic and intellectual freedom Stevenson has found at Skoltech has enabled him to merge his passions in a way he previously hadn’t found possible – especially at the graduate level – in creating and training the next-generation of scientists and engineers.

And it’s already paying off.

In addition, several PhD students will graduate in 2018 with what he describes as more technically-aligned skills to supply modern Russian competencies in emerging energy industries.

He and his students and Russian colleagues have also secured industry support along with forming their own Russian company for sourcing and providing home-grown materials to Russian industries and beyond.

On top of all of this, he has held the high-level administrative roles of dean of research, interim provost and associate provost of Skoltech, in addition to his role as director of the CEE CREI as well as the Center for Energy Systems (CES).

Asked if he felt swamped by these myriad responsibilities, Stevenson said he wouldn’t have it any other way: “To me this is my livelihood. I don’t think of it as a job. In some sense, it’s like a new startup model, and I like to wear many hats. It’s easier to move, mobilize and negotiate with yourself if you hold some level of responsibility in addition to fulfilling your other obligations, such as research and teaching.   If you are builder, constructor and innovator, like myself, you first have to envision the new way forward, contribute to its foundation, test drive it and then facilitate its implementation and adoption for a new road towards a better way of living.”