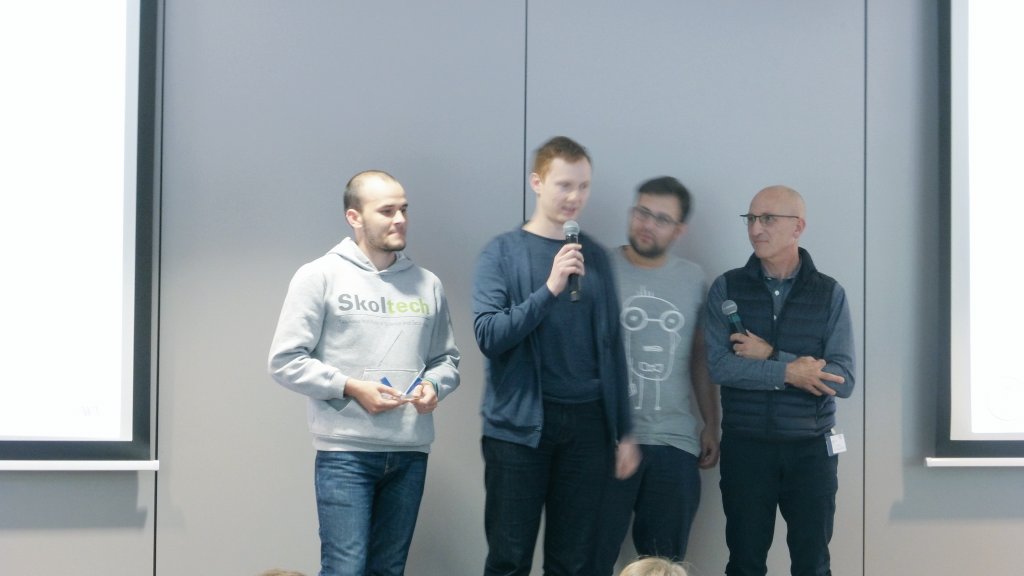 A team of MSc and PhD students from Skoltech’s Advanced Data Analytics in Science and Engineering (ADASE) group placed third in the Data Science Game, a prestigious international competition held each year in Paris.

Each team created an algorithm designed to predict demand for automobile component parts based on various types of information, including supplier partners, product characteristics and order history.

As explained by ADASE team member Nikita Kluchnikov, this challenge raises a number of critical issues for industry.

“The balancing of supply and demand is the main problem in modern supply chains; precise demand forecasts for several months ahead can give a strong competitive advantage to a company due to more efficient inventory management and a predictable production schedule,” he said.

Burnaev voiced enthusiasm about his team’s results: “This competition provided to us with a particularly valuable opportunity to test the algorithms we have developed and to compare their accuracy with those of the algorithms, developed by other participants.”

“I am proud of our team’s results, especially considering the fact that among our rivals were experienced machine learning competitors,” he added.

The Data Science Game has been held annually in Paris for the past three years.