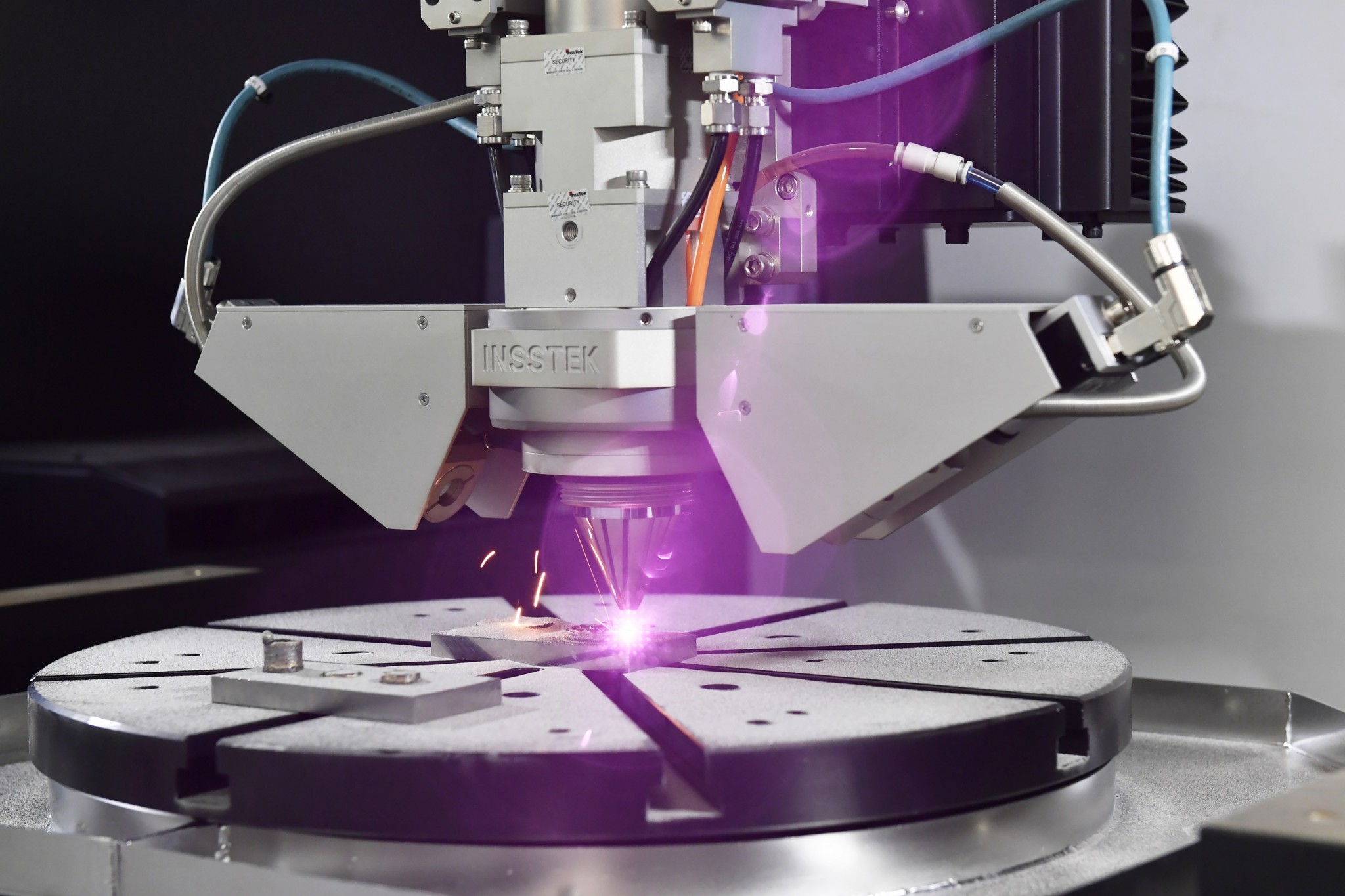 The Insstek MX 1000 at work. This is the biggest 3D printer in Russia, and one of only 15 such models on the planet. Photo: Skoltech.

Upwards of 100 representatives of Russian and international industry gathered at Skoltech on Tuesday for the opening of the institute’s new state-of-the-art Additive Manufacturing Laboratory (AM Lab).

Home to a globally unrivaled collection of the latest 3D printing technologies, the lab will operate within Skoltech’s Center for Design, Manufacturing and Materials (CDMM).

Going forward, the AM Lab will collaborate with Oerlikon and the Technical University of Munich (TUM) to bolster its technological offerings and bridge gaps between academia and industry.

During welcoming remarks, Skoltech President Alexander Kuleshov said that the parties began working on this collaboration about a year ago, when he met with representatives of Oerlikon and TUM to sign a non-binding cooperation agreement.

“The document did not oblige us to anything because Skoltech didn’t necessarily have anything to offer [at the time], but each of the parties had its own trump card. Our team was great in the field of mathematical modeling; Oerlikon is one of the world’s leading manufacturers of new materials and related technologies, and is interested in developing 3D printing technologies. [TUM] is a leading German university with excellent records in mechanics, mechanical engineering and engineering. The result was a very successful triumvirate. During the course of the year, we prepared fully to cooperate,” he said. 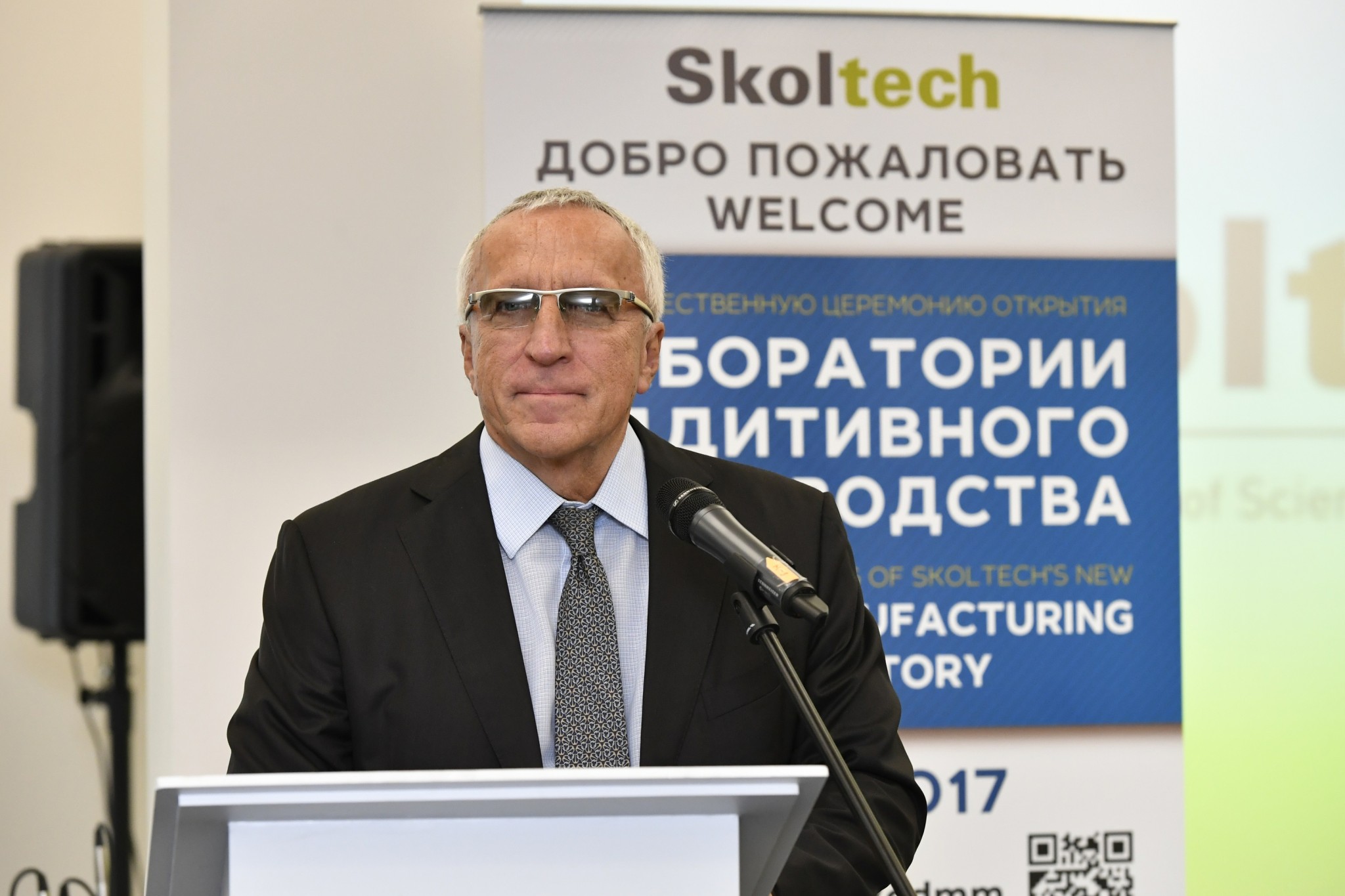 Speaking after Kuleshov, Professor Michael Süss, Chairman of the Oerlikon Board of Directors, added that the cooperation won’t stop with 3D printers; he sees this as a quest toward the mastery of a new mode of production.

“[Additive manufacturing] is a giant challenge, and success is not yet guaranteed. One thing is clear: if we try to get results alone, we will fail. This new type of production is only possible due to the ongoing digitalization of the economy, and the growing power of computers that allow us to create complex mathematical models. This is the power of Skoltech, where a brilliant team of mathematicians have assembled under the leadership of President Kuleshov,” he said.

On the sidelines of the event, CDMM Director Iskander Akhatov explained what distinguishes the AM Lab from other top-flight 3D printing labs around the globe. 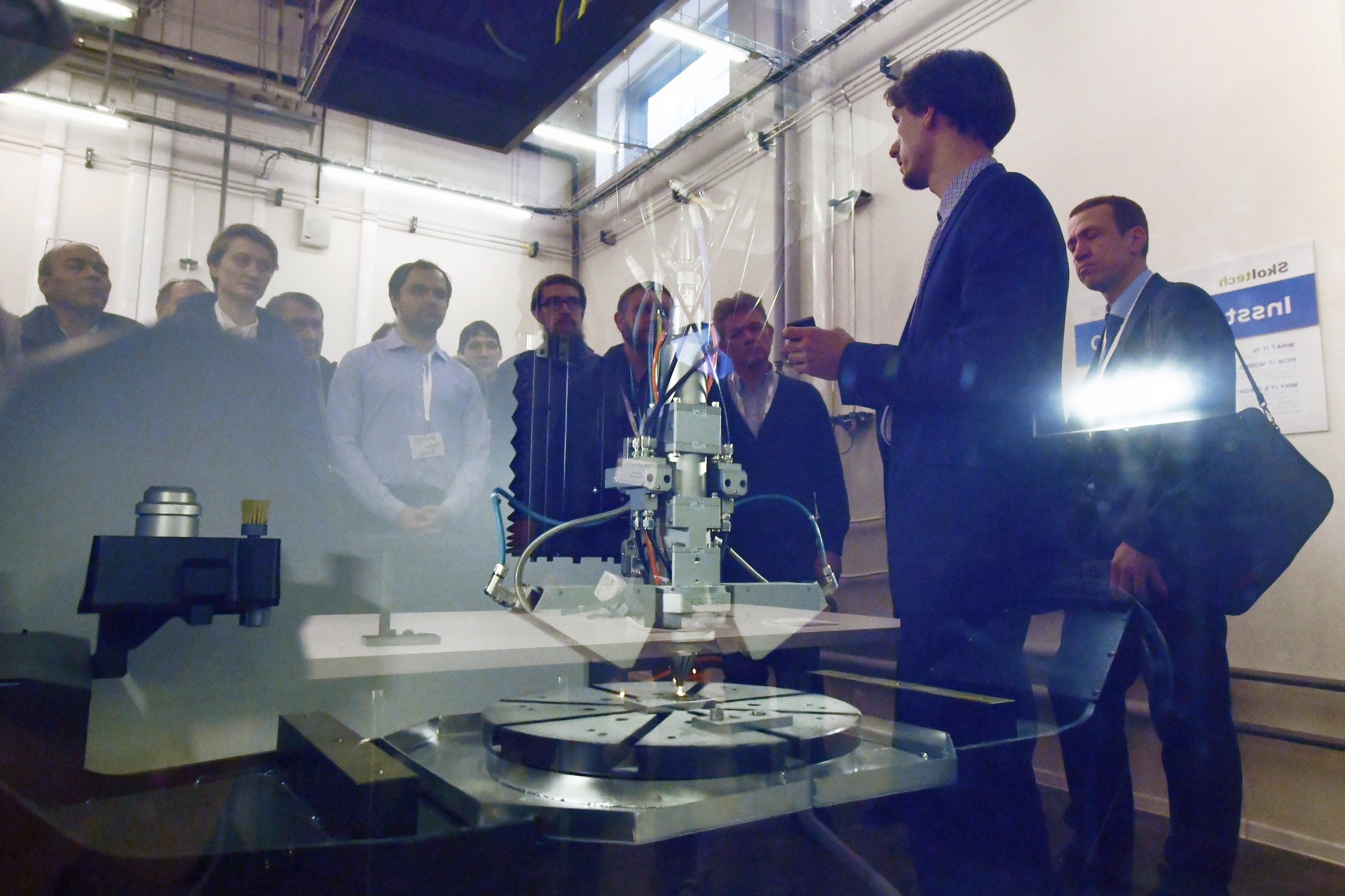 “Our lab is unique because we have three technologies in one room; we can experiment with metal, ceramic and polymers,” he said.

Among the lab’s collection of 3D printers are:

Florian Mauerer, a senior vice president and head of additive manufacturing at Swiss tech conglomerate Oerlikon, was enthusiastic about the AM Lab’s offerings. 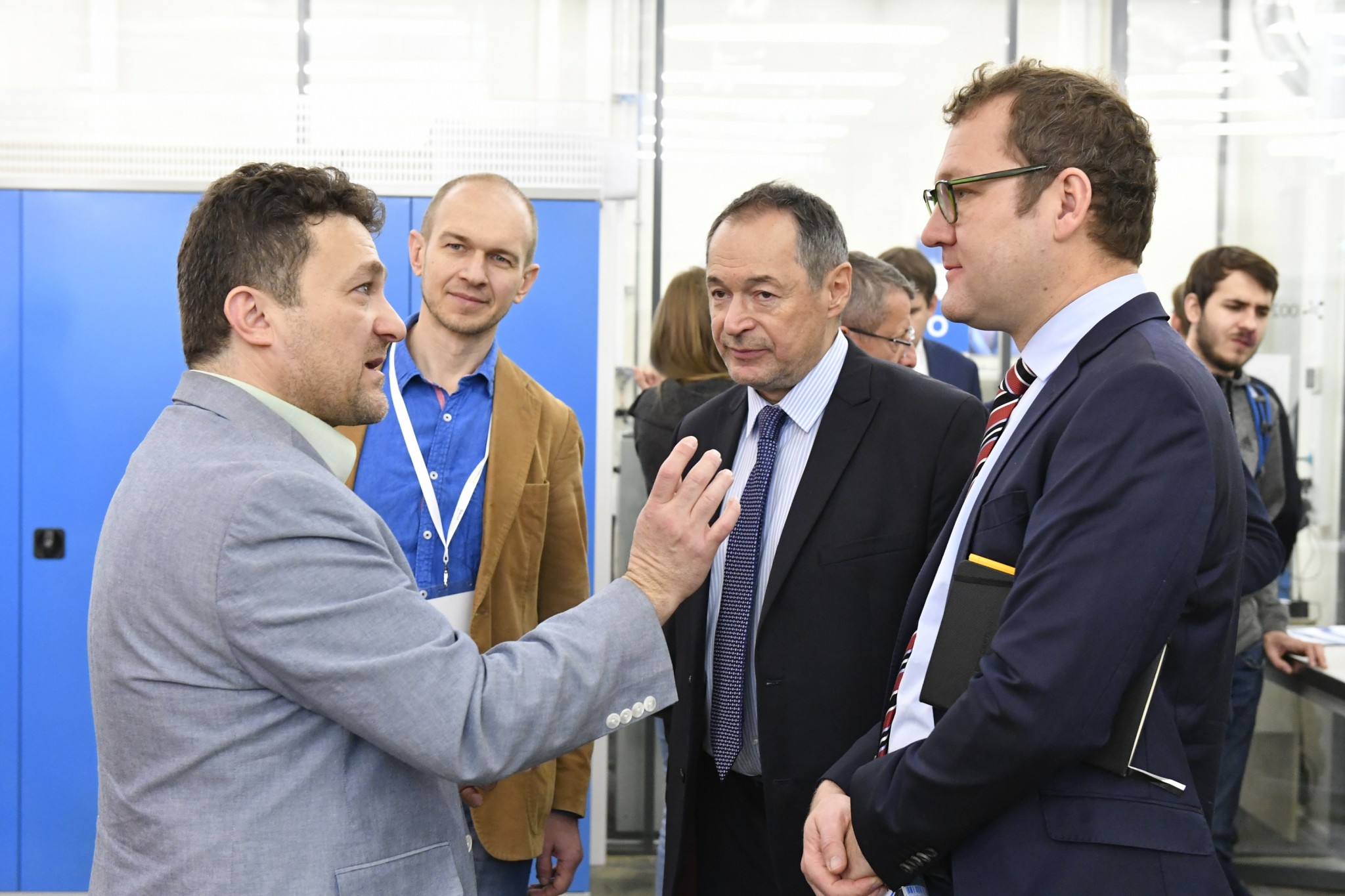 “I found the lab to be very impressive because it had a good selection of different technologies, which is important in this industry, because the different sub-aspects of additives still prove who wins and for what applications, so it’s good to have a broad selection. And what I find unique about Skoltech is that they’re combining these technologies with material science, and in particular the computational aspects of going into the material and process simulation itself,” he said.

Akhatov explained that the university setting adds a research component to the laboratory’s work that is sorely needed by industry, noting that labs like his are crucial for purposes of making additive manufacturing technology more suitable for the industry. 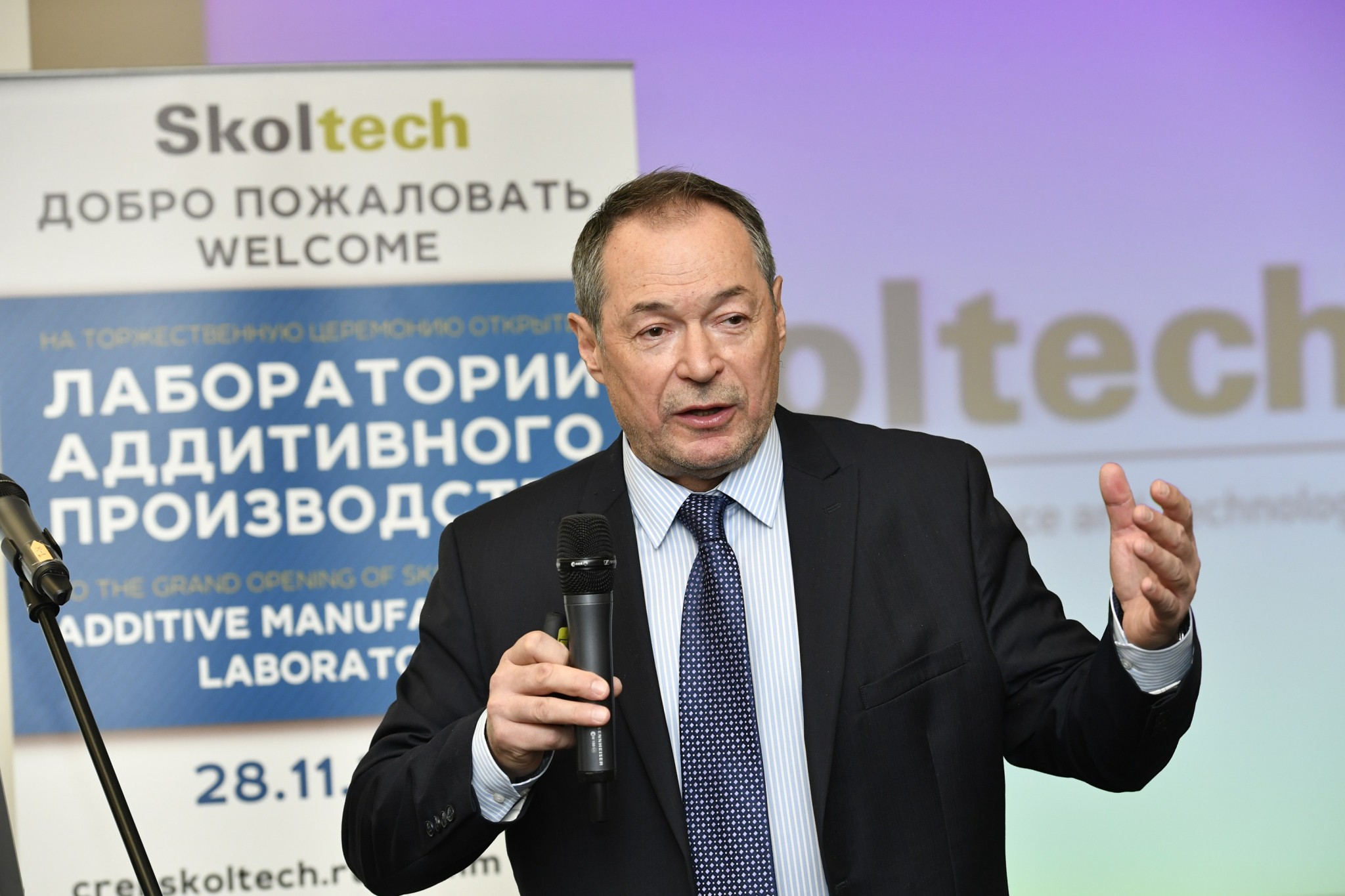 The experts agreed that the central difficulty in creating a lab such as this one is not in acquiring rare, cutting-edge technologies, but rather in finding researchers who are skilled in using them.

In the view of Oerlikon’s Mauerer, it’s the humans – not the technologies they’re operating – that are critical to a lab’s success.

“It can be easy to underestimate the importance of the people working in a lab, and focus instead on the equipment. But talking to the people in the [AM Lab], it was clear that this was a very strong group. They were very knowledgeable and also very passionate. In my opinion, that’s more important than just having great machines,” he said.

Akhatov added that despite the rarity of its equipment, the greatest challenge he faced in creating the lab was that of finding qualified people to work for him, noting that undergraduate- and graduate-level Additive Manufacturing programs around the world are in their infancy. 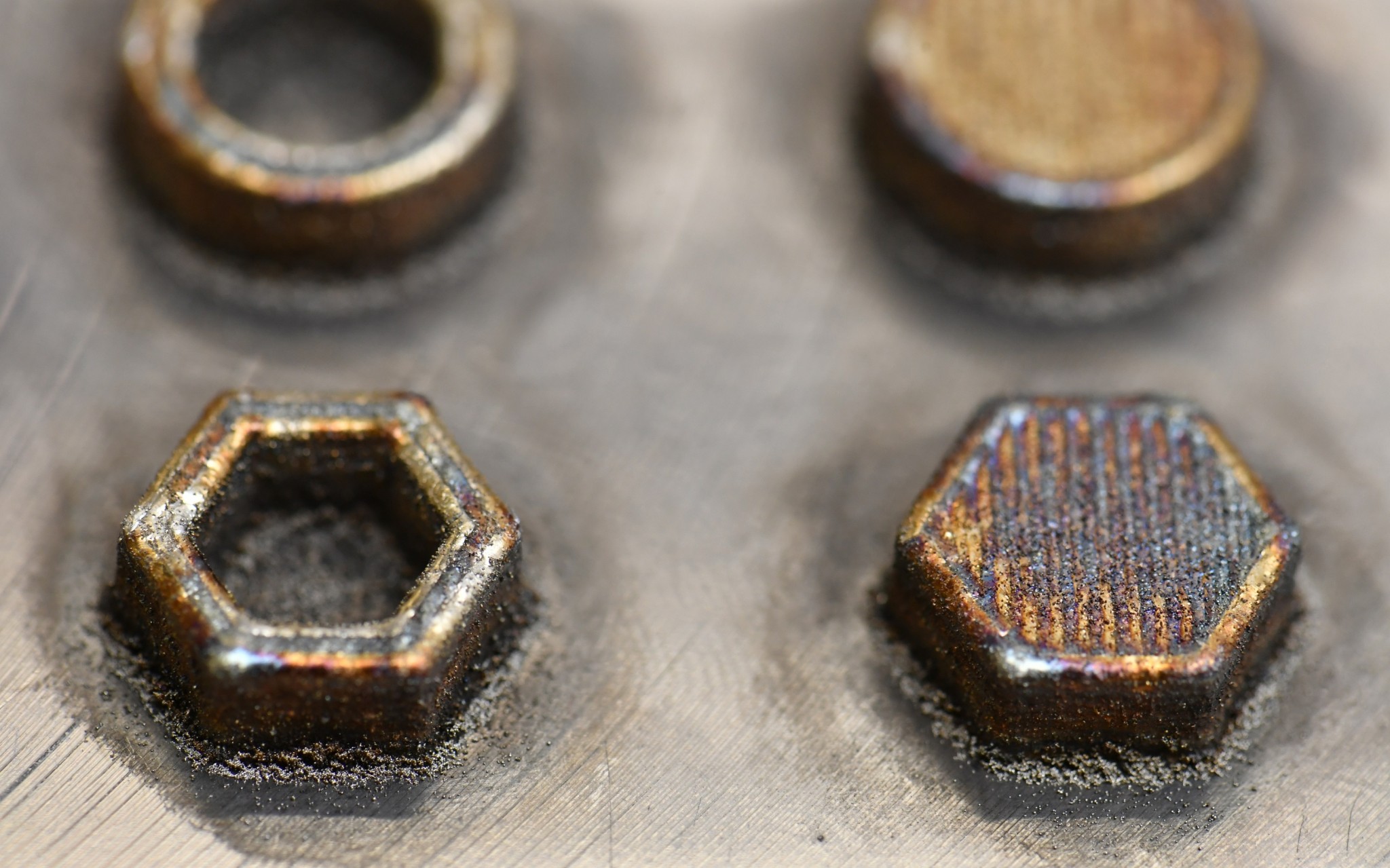 A sample of metal printed by the Insstek MX 1000 in Skoltech’s new lab. Photo: Skoltech.

Toward that end, in Akhatov’s view, it will be his team’s responsibility to pass the torch to the next generation of experts in the field.

“Our students will know all of these advanced manufacturing technologies after they graduate. It is they who will go on to change the world – not us; our time is gone. We have to convey our knowledge to this young generation of people so that they will shape the future of this field,” he said.

Another key goal for the lab will be that of promoting the use of 3D printing technology in Russia.

As explained by Fardad Azarmi, a professor of Mechanical Engineering at North Dakota State University, who played an instrumental role in establishing Skoltech’s Additive Manufacturing Lab: “What is important is that these are new and advanced technologies. In particular, the metal and ceramic printers are unique and in very high demand, and I’m sure they’ll attract interest from industry. One of the main goals of the lab will be to promote these technologies in Russia and around the world.” 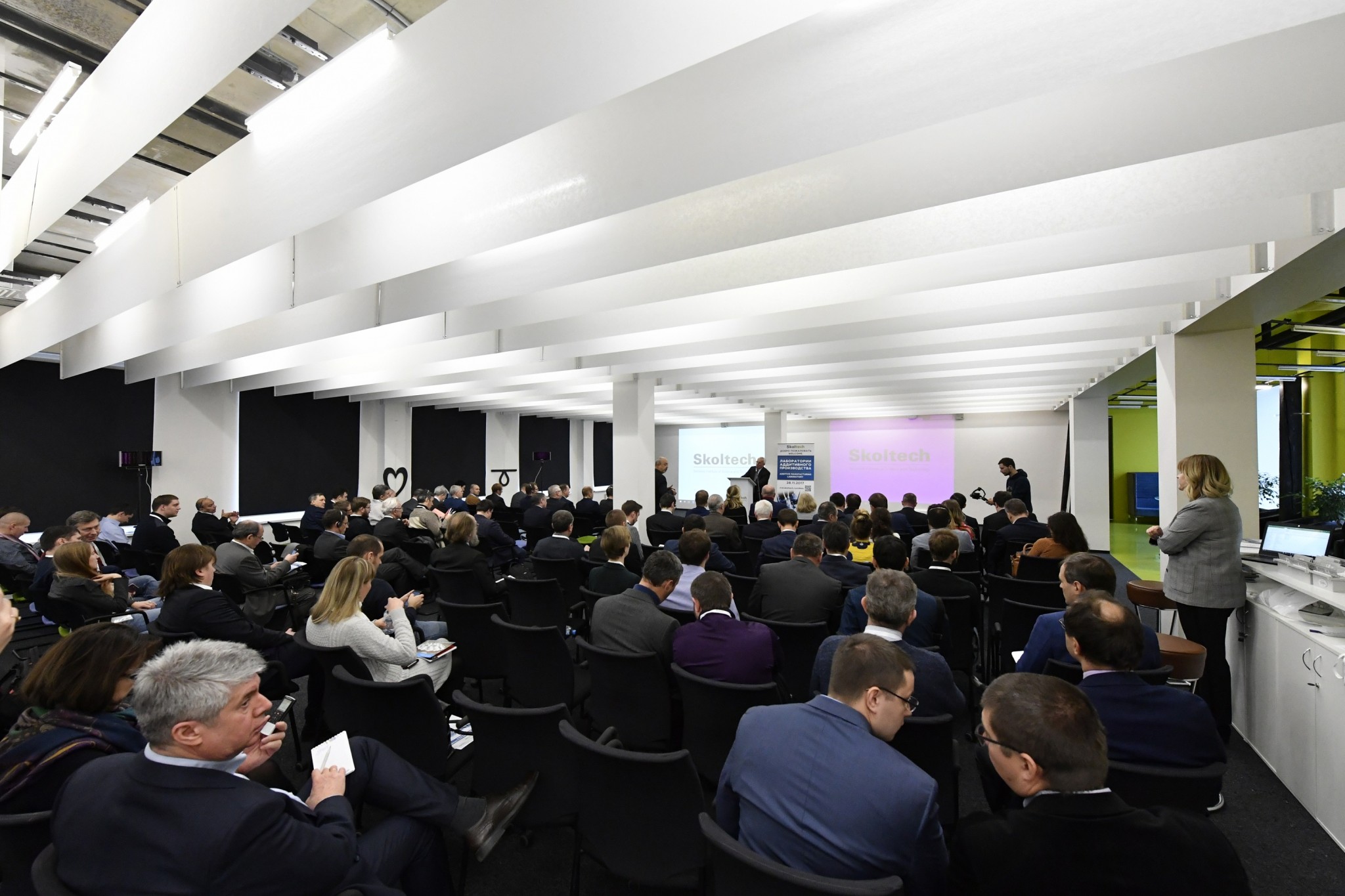 The event drew an enormous crowd of representatives of Russian and international industry. Photo: Skoltech.