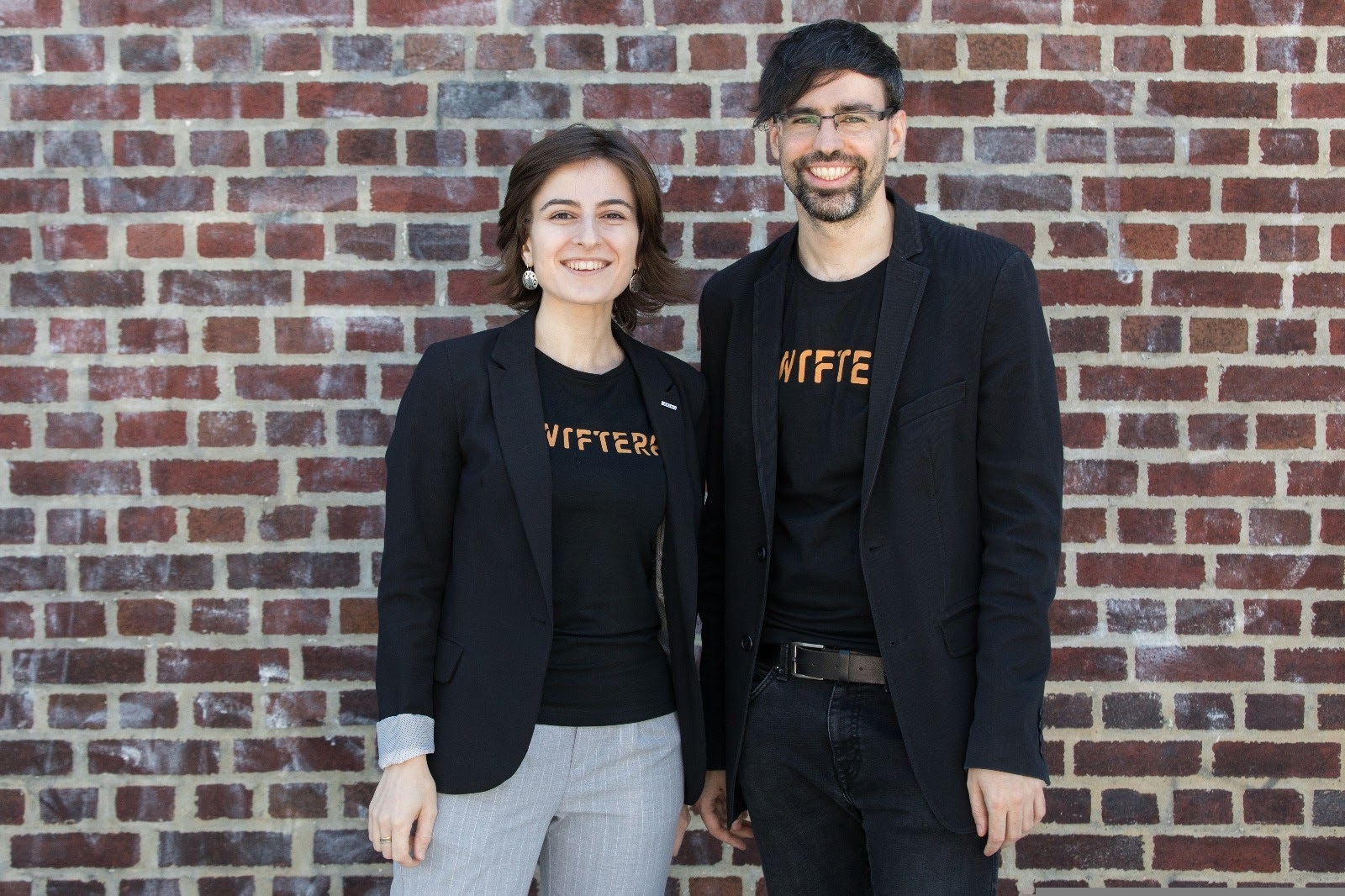 Upon becoming the first student in Skoltech’s young history to successfully defend his doctoral thesis, newly minted PhD Ignasi Lluch i Cruz jetted off to New York to take the geospatial monitoring startup he co-founded with fellow student Hripsime Matevosyan at the institute to the next level.

The company offers its client affordable, reliable and high-quality current and historic city imagery, which is recorded by platforms that are launched into Earth’s stratosphere using balloons – a cost effective alternative to traditional rocket launches.

While studying at Skoltech, Lluch i Cruz teamed up with his classmate Matevosyan, who is currently on academic leave, and fellow aerospace engineer Albert Caubet to develop Swiftera – a company that deploys platforms to collect geospatial data for a broad variety of uses.

The team’s hard work paid off this fall when it was selected from a pool of hundreds of applicants to participate in URBAN-X, a Brooklyn-based startup accelerator.

“We were drawn to URBAN-X because they specialize in smart-city technologies, like traffic sensors, pollution monitoring, ride-sharing, etc.,” said Lluch i Cruz. “Because our startup focuses on urban imagery, we figured it was a great fit.”

The team will spend the next few months at the accelorator developing a pilot of its product.

Lluch i Cruz said the idea for the company dawned on he and Matevosyan one evening on their way home from Skoltech.

“This is something that draws together many different ideas that we were exposed to at Skoltech. It was not the focus of our PhD theses; rather, it is a combination of what we’ve done here,” he said, referring in particular to a satellite course they had taken at the institute, as well as a project they worked on that involved cartography and geodesy.

“We were working on all these projects and one night while we were on our way home from Skoltech, we started to think about what could be a way to have a very high refresh rate of pictures of cities, and this ultimately led us to Swiftera. That’s how it clicked and since then we’ve been spending all of our free time on the project,” he said.

He credits Skoltech Professor Zeljko Tekic with being a critical source of inspiration during the company’s inception.

Early on, he said, Tekic served as an invaluable sounding board as the team fine-tuned their idea and prepared to bring it to market. The professor now serves as a member of the Swiftera Advisory Board.

For his part, Tekic was thrilled to have the opportunity to assist. “Our collaboration started in late October 2015, when Hripsime and Ignasi joined my Ideas to Impact course. Although the two of them worked on different teams in the course, after less than a month the two of them approached me excited about their startup idea. They wanted to solve the problem of finding a parking place in Moscow using satellite data. I was excited as well – it was the first course I was independently teaching at Skoltech and first startup idea that ‘approached’ me,” the professor said.

Over the ensuing months – through the course of dozens of interviews and meetings and hundreds of hours of lab work – the product took its form.

But it wasn’t all smooth sailing. According to Lluch I Cruz:

“A lot of the obstacles we faced in the beginning were psychological, and associated with the fact that this was the first time any of us had been entrepreneurs,” he said. “We’re engineers, so we’re used to working in big organizations where you’re told what to do. It’s a big adjustment calling your own shots and giving up your work-life balance.”

As the project evolved, so too did the challenges, Tekic explained.

“At the beginning, they had to overcome a psychological barrier – to start thinking about themselves as entrepreneurs. Later they faced the problems of a pivoting business model, finding their first investments, networking within a new industry – all typical startup problems. I am happy I was able to encourage and support their entrepreneurial journey in some of these points,” he said.

The trials and tribulations of being a first-time entrepreneur

Asked if he and his team members ever struggle to get along amid the pressure and immense workload that are inherent in starting a company, Lluch i Cruz said that he and his colleagues had already endured trials and tribulations in the forms of tough courses and projects before starting Swiftera.

“These experiences helped us to be able to work well together as a team,” he said. “What’s important is to always remember that these people are your friends, and at the end of the day it’s important to be able to leave work behind and go have a beer together. We all have different characters, but we balance each other out pretty well.”

Now that the team has settled into life at URBAN-X, Lluch i Cruz relishes the opportunity to focus solely on what had previously been a side project, relegated to the little free time he had as a PhD student.

“The beauty of all of this is that we now have funding and time, so we can focus solely on our project, and put all of our time into it,” he said.

That said, it’s not all smooth sailing; as is the case for most startup teams, Swiftera doesn’t have access to an endless stream of funds. They will wrap up at URBAN-X in early 2018, and while they will by then have developed a working prototype and a solid infrastructure, they will need to find investors in order to keep the momentum going.

“We could write a self-help book on the psychology of entrepreneurship,” Lluch i Cruz laughed when asked how he deals with such uncertainty. “In my opinion, it’s important not to focus on backup plans, as that would indicate that you think you’re going to fail,” he said.

In his view, young entrepreneurs should stay confident and bear in mind that the worst case scenario is they’ll end up back on the job hunt, but with a wealth of new skills, ideas, knowledge and business connections to propel their searches.