Why would you toss your leftovers in the trash if instead they could be used to create fuel for cars?

Scientists from Skoltech and the Russian Academy of Sciences’ Joint Institute for High Temperatures have proposed converting food waste into biofuel via hydrothermal liquefaction – a thermal depolymerization process used to turn wet biomass into oil.

The question of how to utilize such volumes of discarded food products is complex and socially significant.

One approach that has courted a wealth of attention is that of converting food waste into biofuel, which would carry both environmental and energy benefits. Toward this end, researchers have already successfully used carbohydrates fermentation or fat transesterification for biofuel production.

However, these approaches don’t solve the food disposal issue; as only part of their respective biomasses are converted to fuel, the leftovers remain to be disposed of.

In an effort to remedy this situation, Skoltech scientists theorized that hydrothermal liquefaction presented a uniquely energy-efficient and universal option. In particular, this method makes it possible to produce biofuel directly from wet biomass. Notably, it is best to convert the wet biomass before it dries, as the drying process consumes a considerable amount of energy.

To test their theory, the research team experimented with various types of food waste, including parmesan cheese, ham and apples. They then analyzed the molecular composition of the biofuel produced with an ultra-high resolution mass spectrometer.

“We found that after undergoing the process of hydrothermal liquefaction, meat and cheese converted into a water-soluble fraction and a water-insoluble oil. Apples only converted into a water-soluble fraction. The molecular composition of the biofuel produced from the meat and cheese was very diverse and was more like tar than oil,” said Skoltech research scientist Yury Kostyukevich. 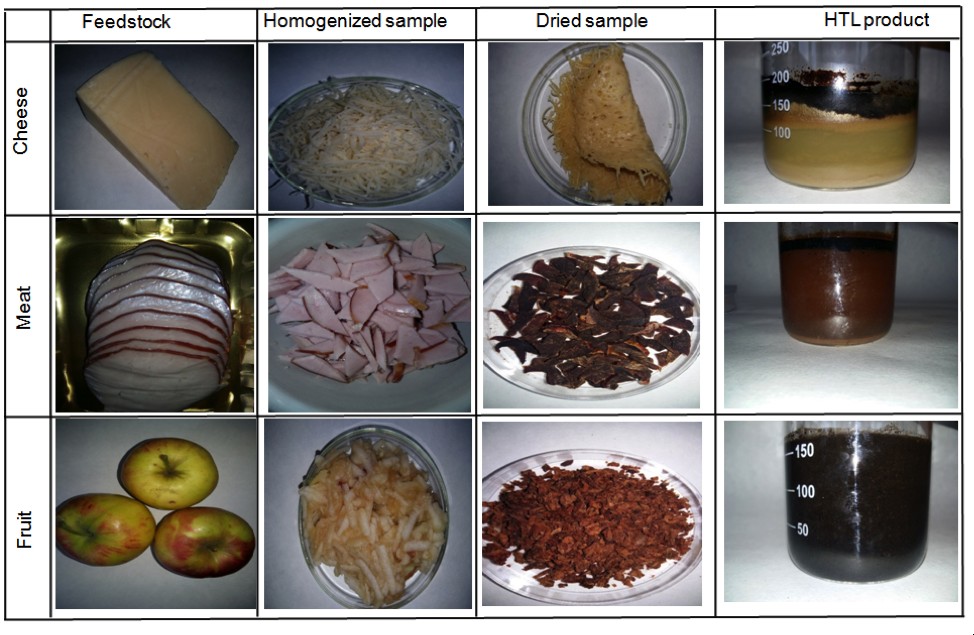 Knowledge of the molecular composition of products obtained as a result of hydrothermal liquefaction will allow scientists to develop the most optimal methods for their subsequent processing to produce fuel suitable for powering cars.

The results of the study are published in the European Journal of Mass Spectrometry. The work was carried out under the guidance of Professor Evgeny Nikolaev of Skoltech and the Moscow Institute of Physics and Technology (MIPT), who is also a corresponding Member of the Russian Academy of Sciences.