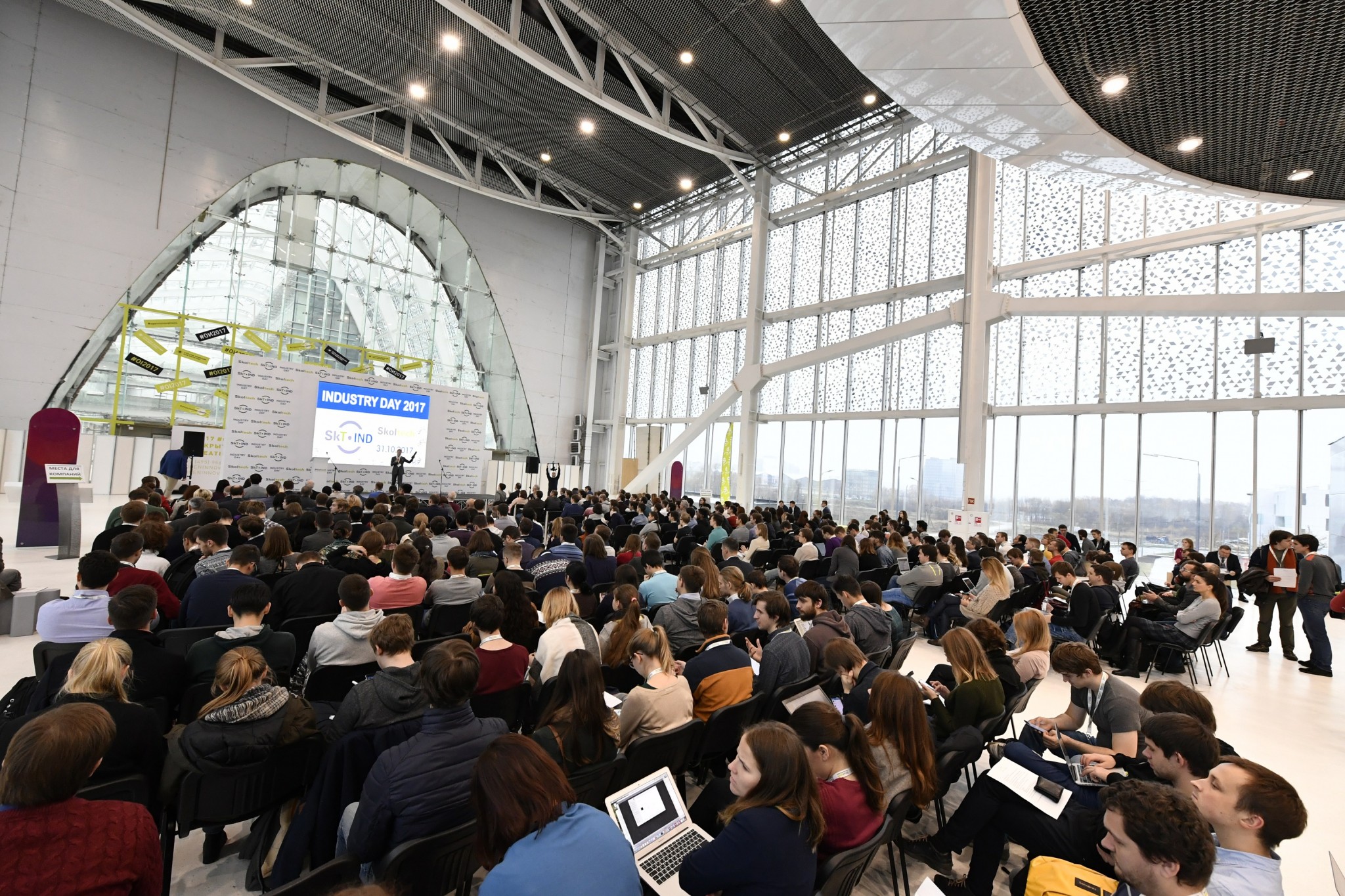 Hundreds of students, professors and representatives of major Russian and multinational companies gathered on Tuesday at the Skolkovo Technopark to celebrate the industrial achievements of Skoltech’s students.

In accordance with Skoltech’s twin philosophies of learning by doing and of strengthening ties between academia and industry, each MSc student is expected to spend at least two months during his or her academic career working with companies on projects in their field of study that will have a real-world impact. Most students opt to gain this experience during the summer between the two academic years of the Skoltech MSc program.

Among the wealth of companies that participated in the most recent industrial immersion season were Samsung, Airbus, Yandex, and Dauria – all giants in their respective spheres that even seasoned professionals dream of working for.

In the past, these industrial immersion experiences have led to a wealth of job offers, or served as invaluable professional stepping stones for Skoltech students upon graduating.

Alexander Ponomarev, the institute’s Vice President for Strategy and Industrial Cooperation, kicked off the event on Tuesday by outlining the plethora of ways that Skoltech and companies can work together to effectively transfer deep knowledge from the classroom to industry.

Skoltech Professors Ivan Oseledets and Zeljko Tekic then took the stage to provide practical examples of successful collaborations their students have had with companies.

Fifteen students were selected to provide rapid-fire presentations on their industrial experiences. Each was given 90 seconds to wow the audience with tales of the trials, tribulations, lessons and successes they came away from the industrial immersion experience with.

In the end, the audience voted for their favorite presentation. The winners were students Denis Volkhonskiy and Vladislav Ishimtsev, who worked with Chinese telecommunications equipment multinational Huawei on a project involving Machine Learning for network traffic prediction.

Speaking on the sidelines of the event, Professor Dzmitry Tsetserukou, head of Skoltech’s Intelligent Space Robotics Lab, explained why in his view industrial immersion is so important: “If Russia would like to compete with other leading industrial countries, they will have to fight for the best brains. These companies must give opportunities to students so they can implement all of the skills they’ve learned in university as well as their creativity for the sake of the success of the companies and success of the country.”

Notably, three of Tsetserukou’s MSc students were among the 15 selected to present on their industrial experiences.

Ivan Bogdanov, head of Skoltech’s Industrial Liaison Office, who played a key role in organizing Industry Day, said: “I believe that Skoltech Industry Day is a unique event in the Russian academic ecosystem – one that aims to establish relations between students and companies in different formats within the educational program. It is essential to begin to build [student-company] relations right from the start of students’ educational programs in order to give students a greater opportunity to make a deliberate choice of the company with which they’ll start their careers.”

He went on to explain why industrial immersion is a vital element of education at the institute: “Skoltech industrial immersion is a proper instrument for starting collaborations between students and companies, as each group of students works on one project under dual supervision: from the side of the company and from the side of Skoltech. Skoltech Industry Day aims to bring together companies, Skoltech faculty and students to find ideas for joint projects and to complete the pre-selection of students for the Industrial Immersion Program. The event was a success for sure. We’ve already received a great deal of positive feedback from students and industry. We plan to make this event annual.”

Scroll down for more photos of the event: 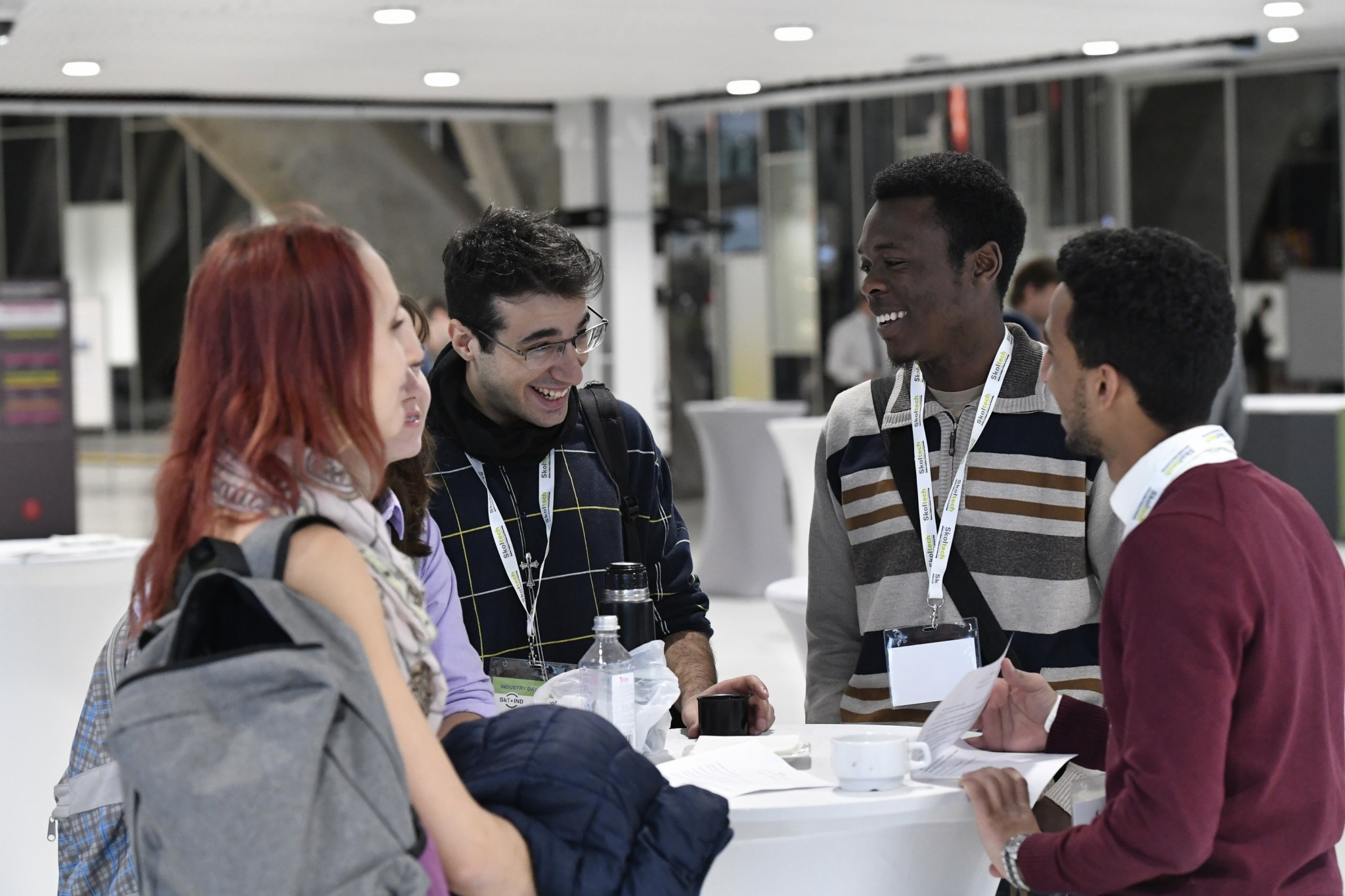 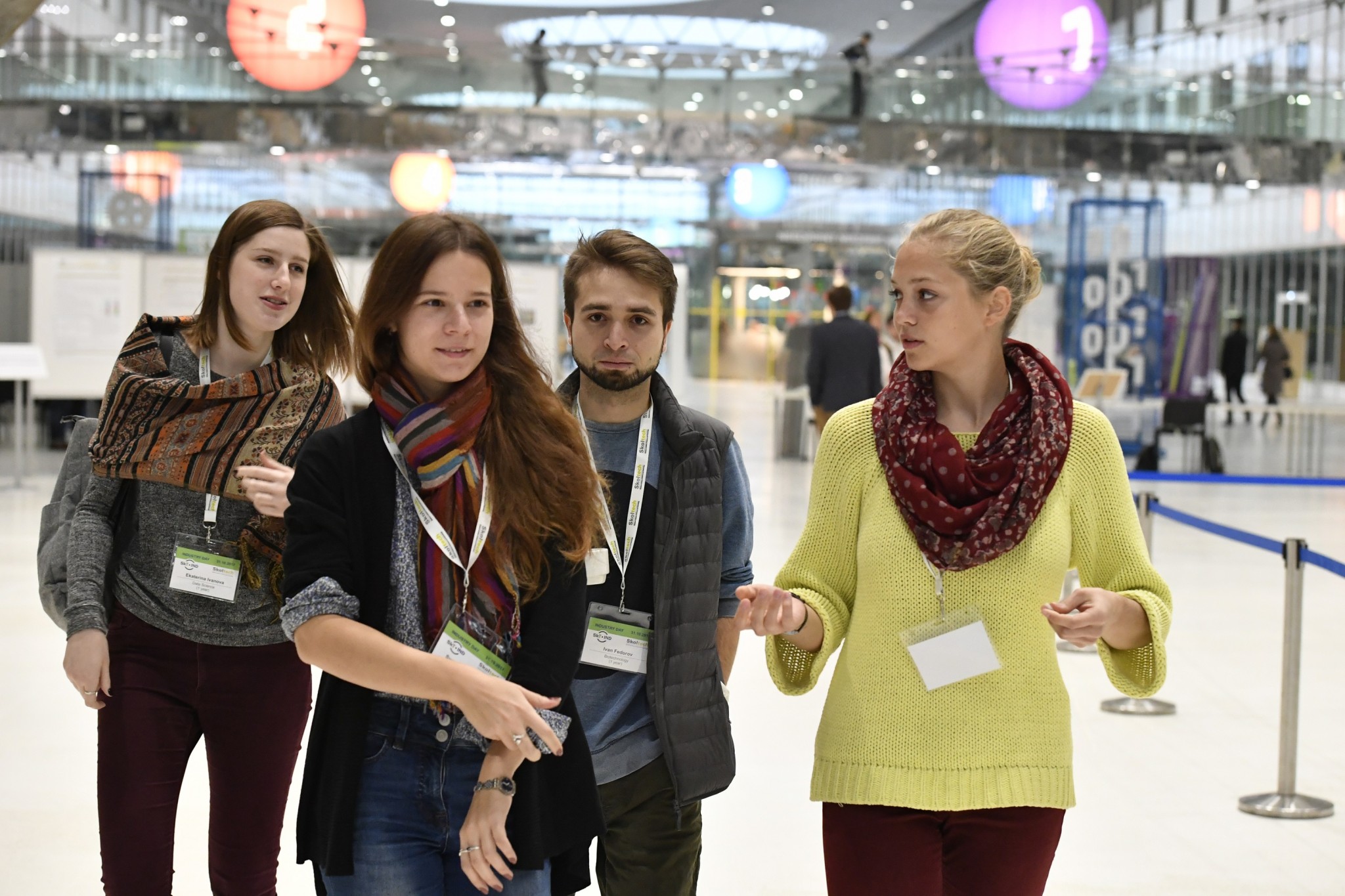 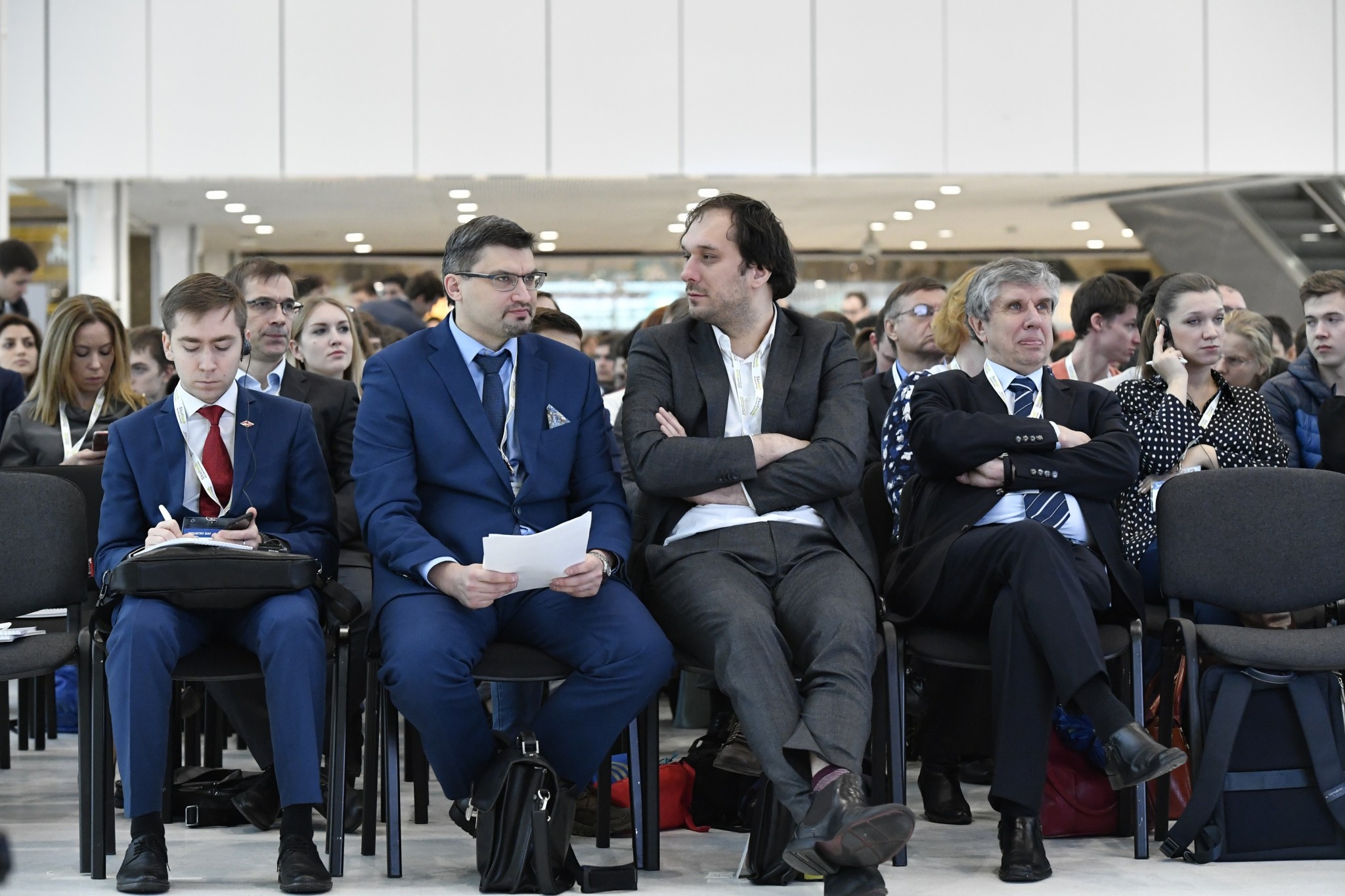 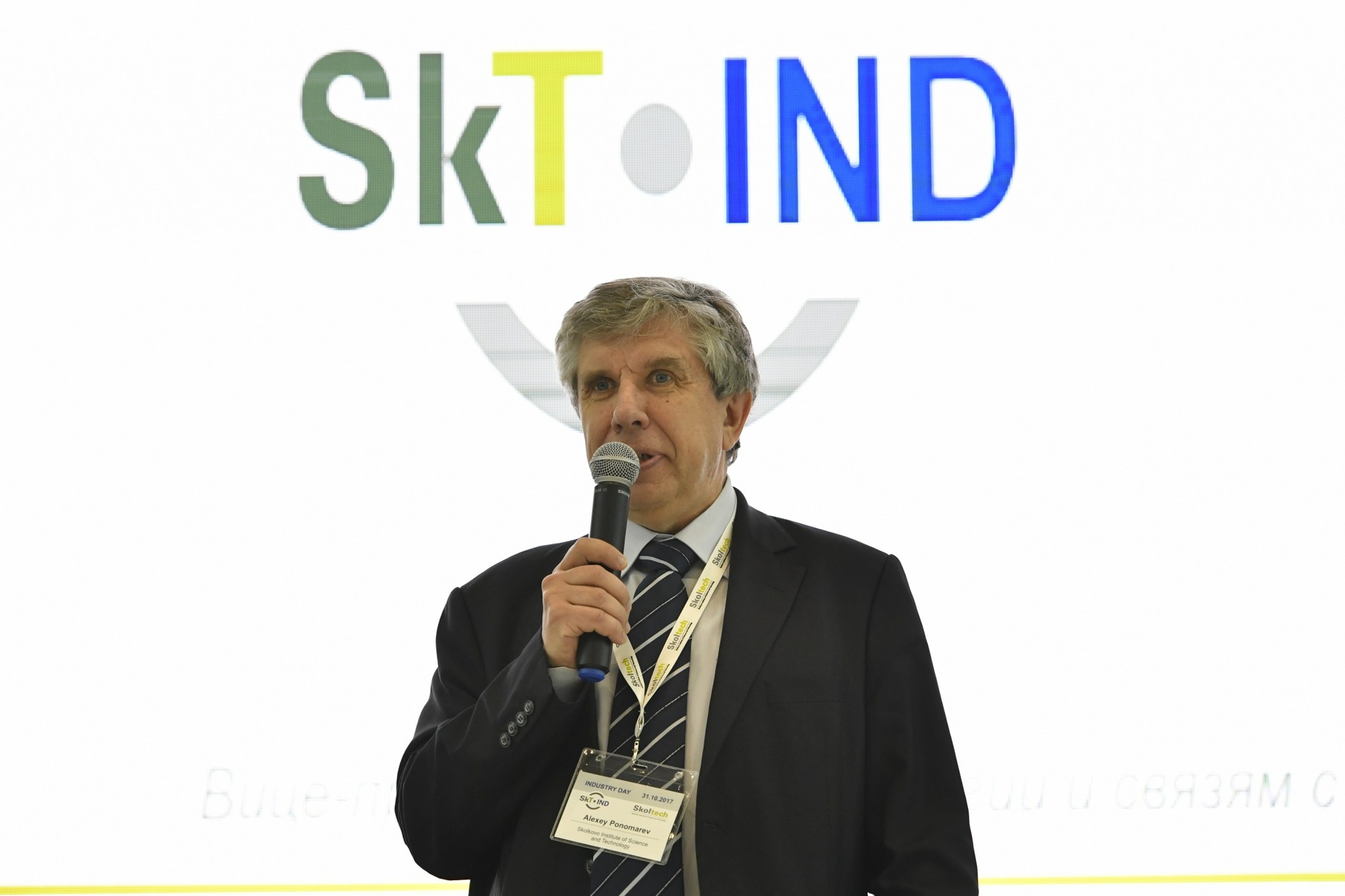 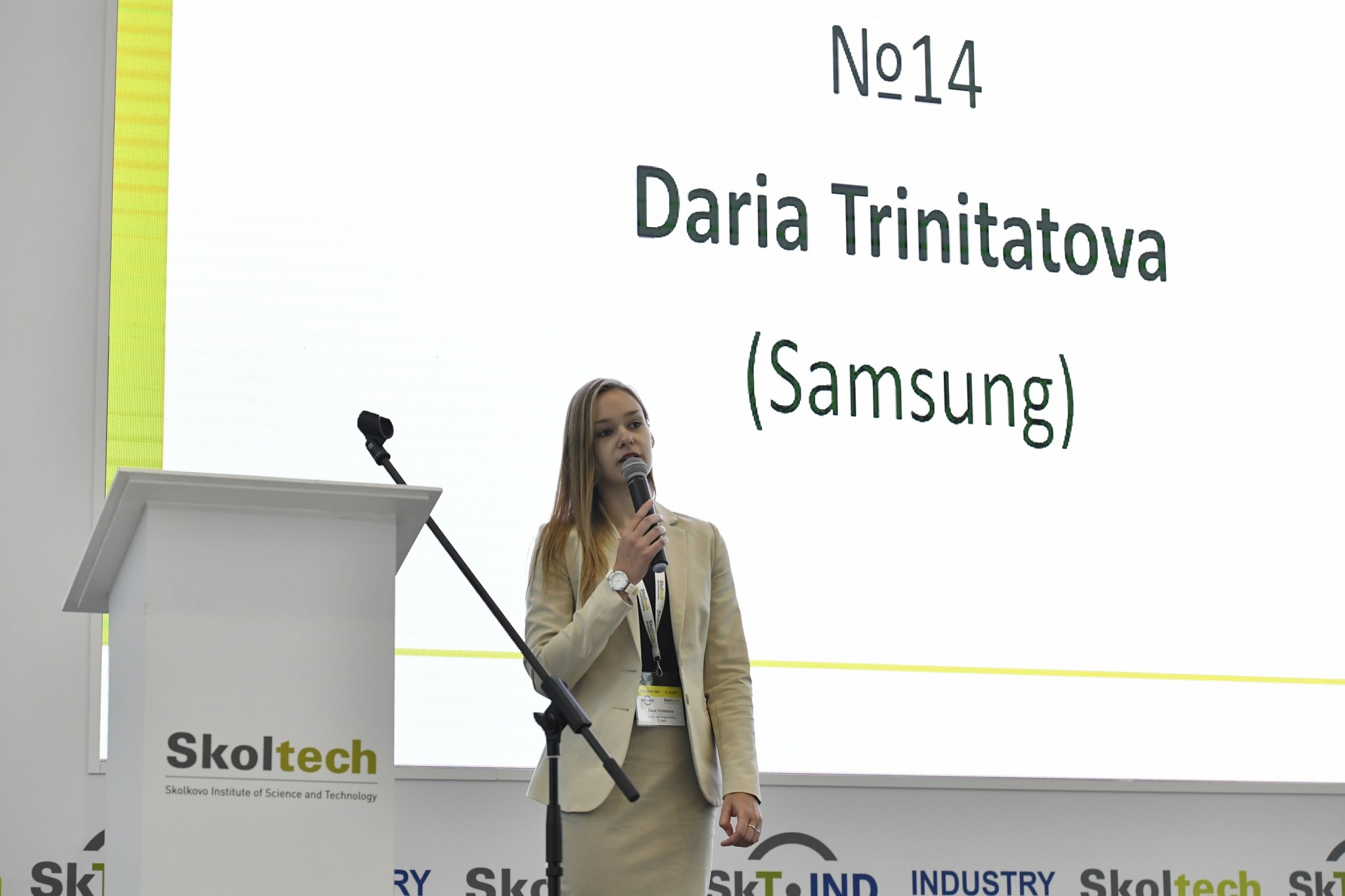 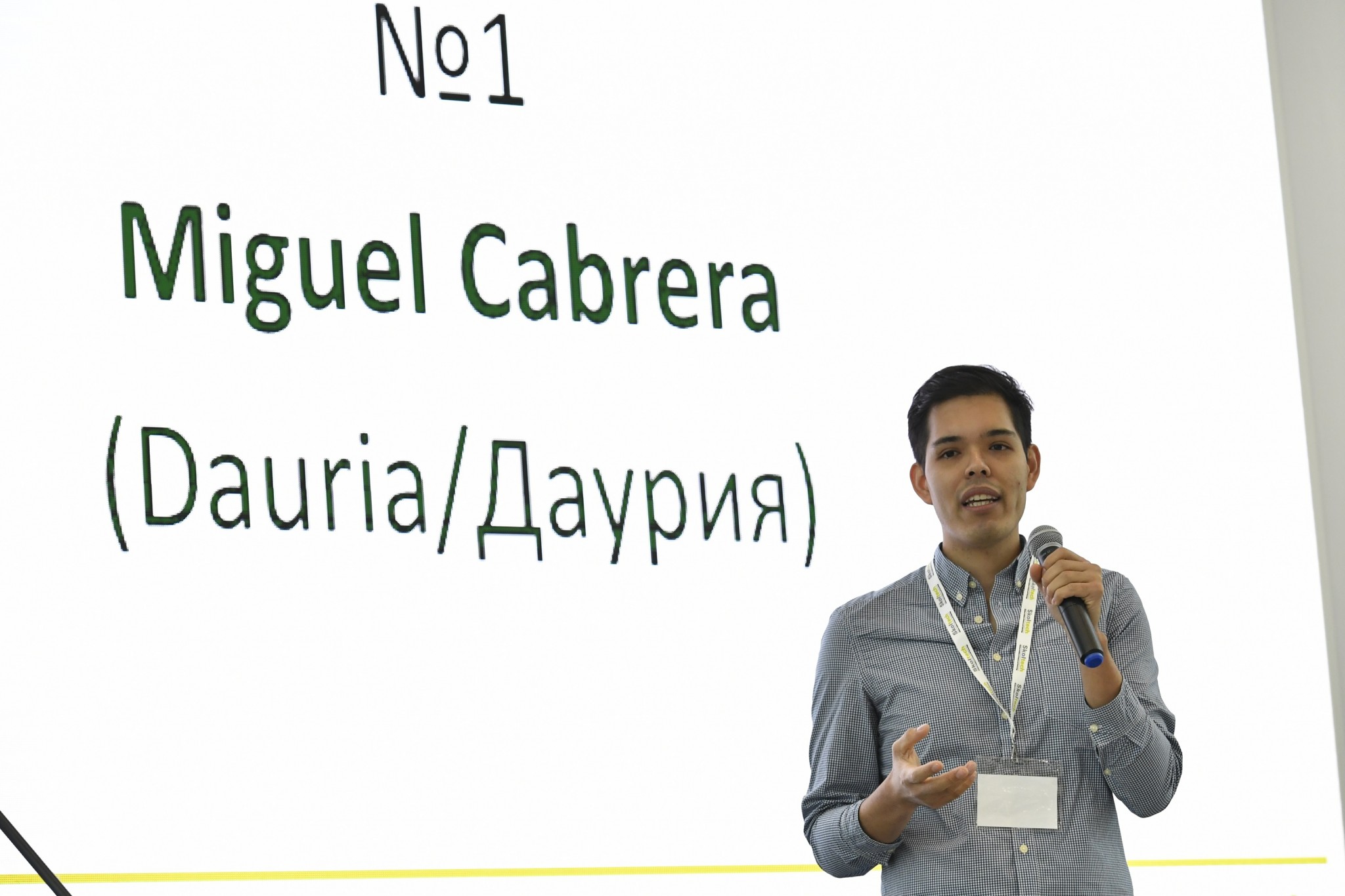 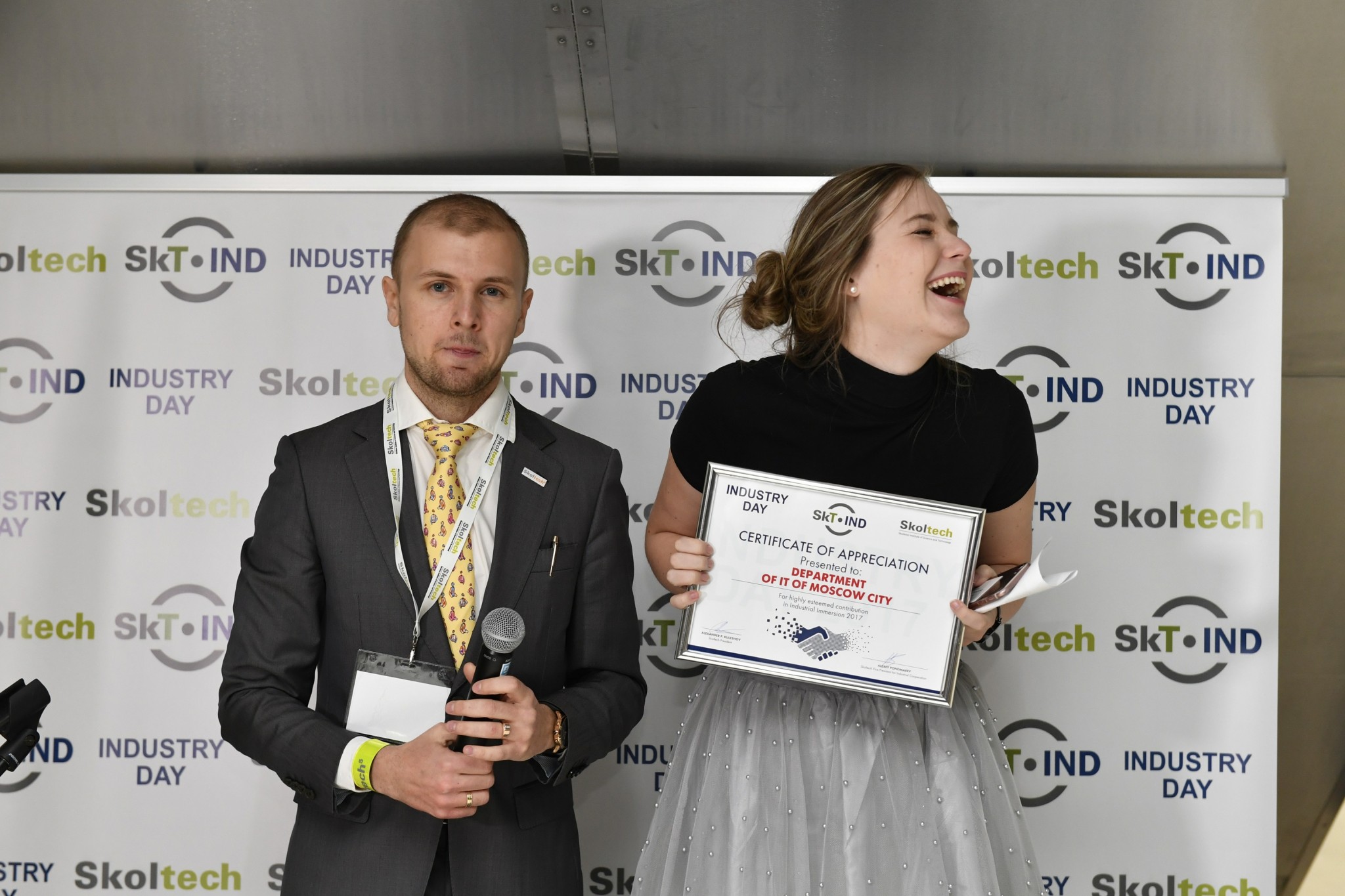