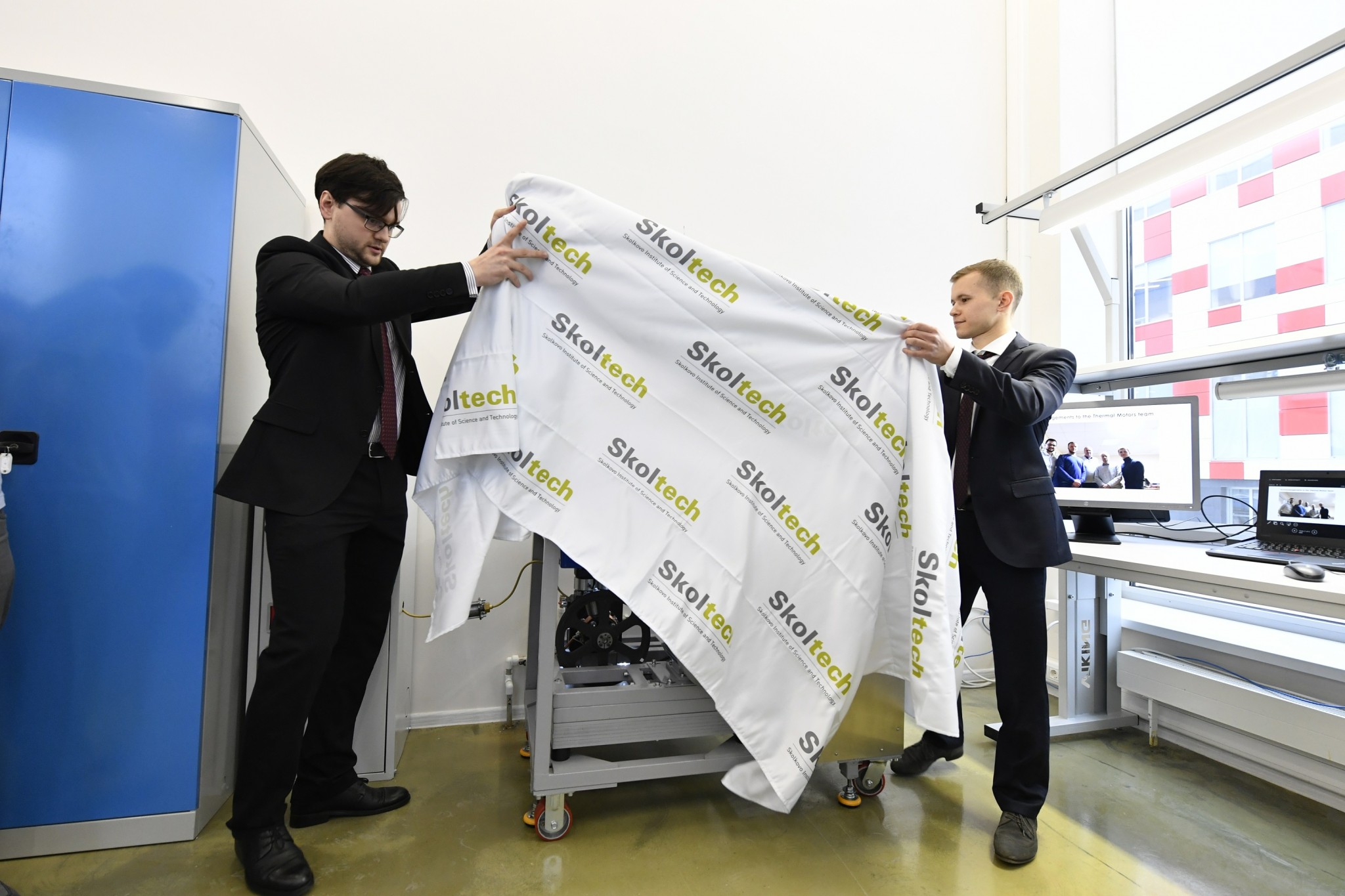 Once relied upon primarily by astronauts, soldiers and survivalists, freeze-drying has become increasingly popular in recent years.

Pharmaceutical companies have come to embrace it as an effective means of preserving medications such as those used to treat cancer and infectious disease. They favor the method for its ability to create easily transported and administered drugs with increased shelf life.

Likewise, researchers working with catalysts and ceramics covet the method’s ability to foster uniformity and homogeneity in delicate materials, even on the nanoscale.

Amid the emergence of a wealth of new and promising applications, the freeze-drying market is on course for rapid growth. According to consulting firm Grand View Research, the value of the market has been on the upswing in recent years and is expected to reach USD 35.81 billion by 2020.

That said, the conventional vapor-compression refrigeration equipment currently favored by the industry is large and costly, delivering a considerable blow to profit margins.

Spotting the opportunity to innovate, Skoltech PhD student Dmitry Smirnov and his colleagues from the startup Thermal Motors LLC, which Smirnov cofounded in 2014, created and patented the Stirling refrigerator – a groundbreaking system for freeze-drying refrigeration that beats its more conventional counterparts by just about every measure.

“It typically requires three large vapor-compression refrigerators to reach -100° Celsius,” said Smirnov during a brief interview on the sidelines of the recent commissioning of the Stirling system. “Our refrigerator has the potential to reach temperatures of less than -160° Celsius – 1.5 times lower than that of conventional systems – while taking up one-third of the space and costing one-third of the amount of the traditional approach.”

The Stirling also boasts more accurate freezing-rate and cooling-temperature controls, as well as an environmentally sound refrigerant, relying on helium rather than the comparatively toxic refrigerants vapor-compression refrigerators typically run on, such as Freon.

Smirnov added: “Whereas the conventional technology uses double-phase refrigeration, with the Stirling it’s possible to achieve a significant temperature drop with just one phase.”

The Stirling system started as a student project at the Peter the Great St. Petersburg Polytechnic University (SPbPU). Smirnov and his classmate Alexander Saychenko were fascinated by the Stirling engine – a focus of one of their courses. Over time, the duo – along with fellow student Vladimir Dvortsov, Dr. Mikhail Tkachenko and Dr. Sci. Maxim Kukolev, all from SPbPU – repurposed the engine and added new elements to create a refrigerator that would outshine its vapor-compression by every measure.

Market research led the group to set its sights on the burgeoning freeze-drying industry and its outdated instrumentation.

Since joining Skoltech’s inaugural MSc class in 2012, Smirnov has had the institute’s support in developing the Stirling and preparing it for commercialization. In 2016, Thermal Motors entered into an R&D collaboration with the Skoltech Center for Energy Systems to create the first experimental unit. Skoltech plans to use the Stirling to conduct research in a broad range of areas, including thermal science, advanced manufacturing and freeze-drying for food, pharmaceuticals and electrochemical materials.

The young researchers plan to spend the next year fine-tuning their experimental unit and preparing for commercialization. 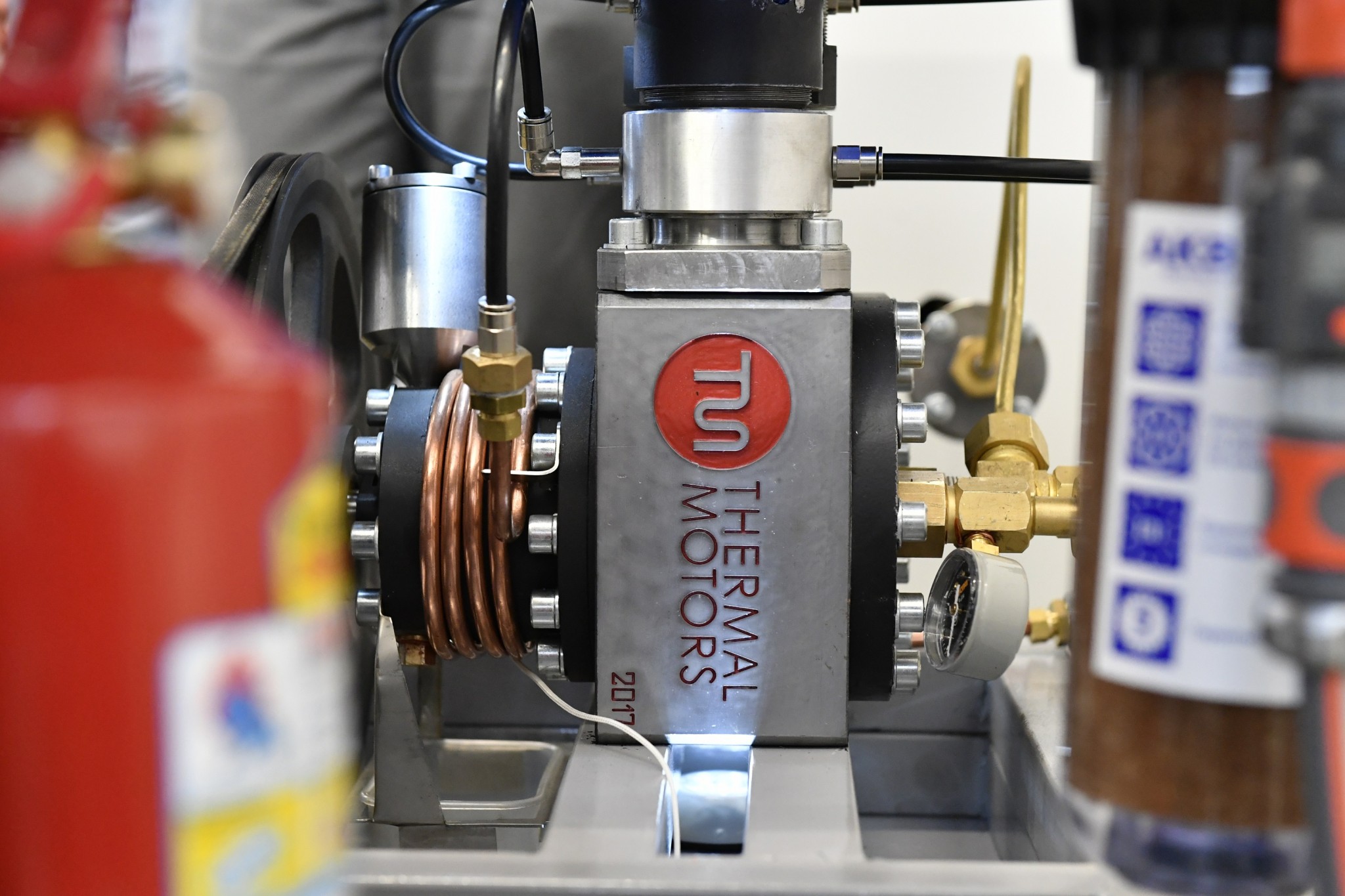 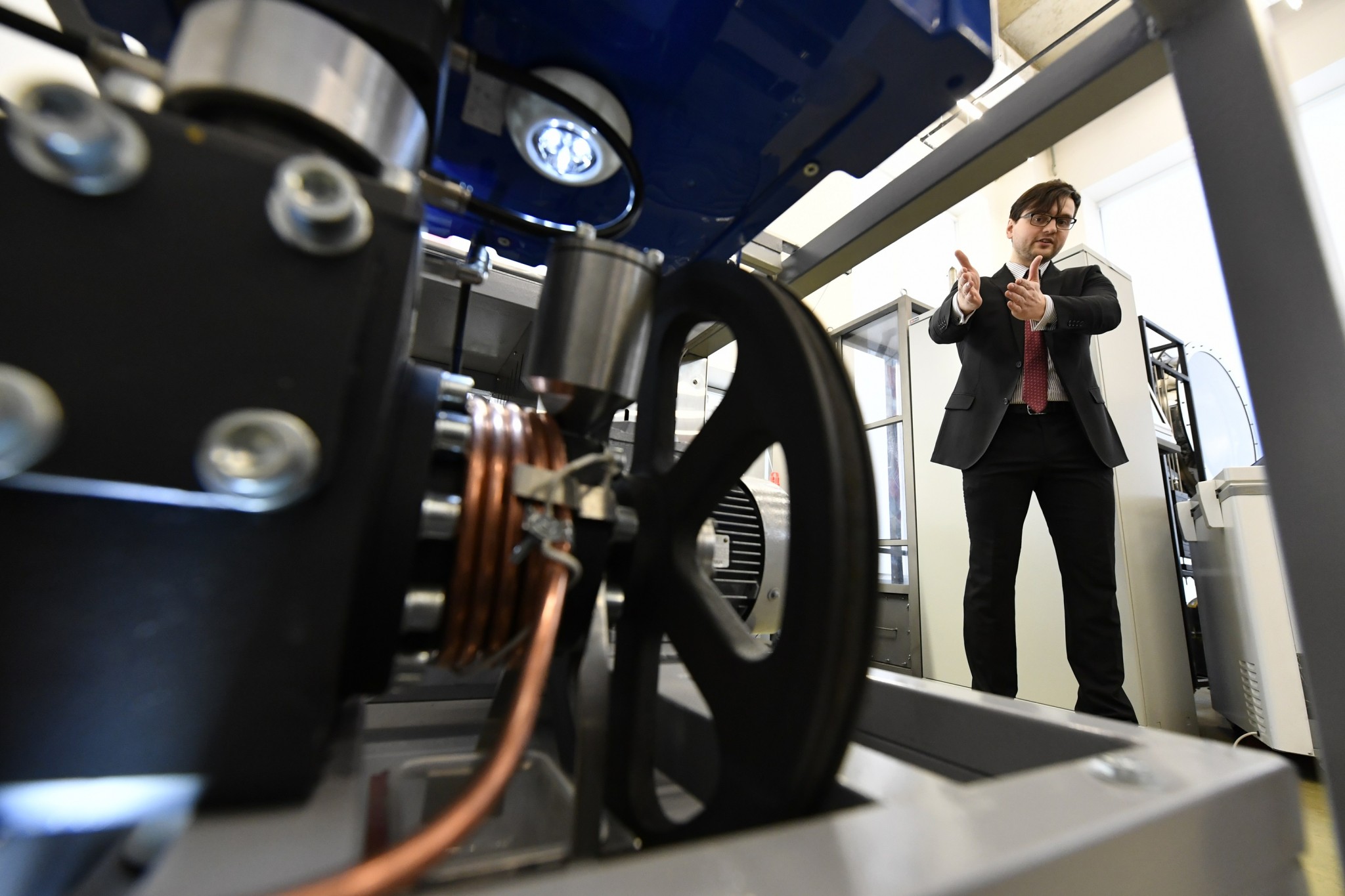 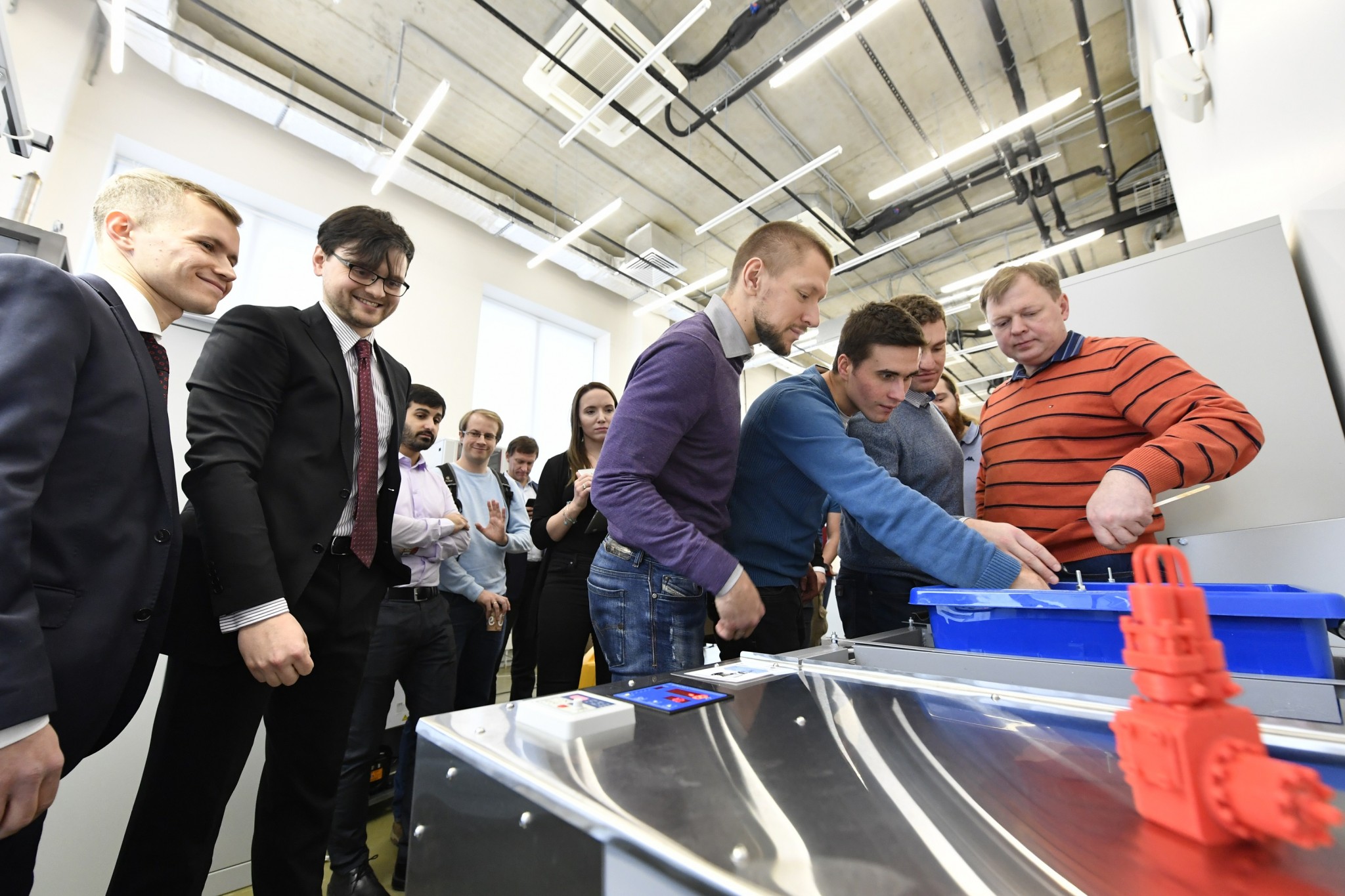 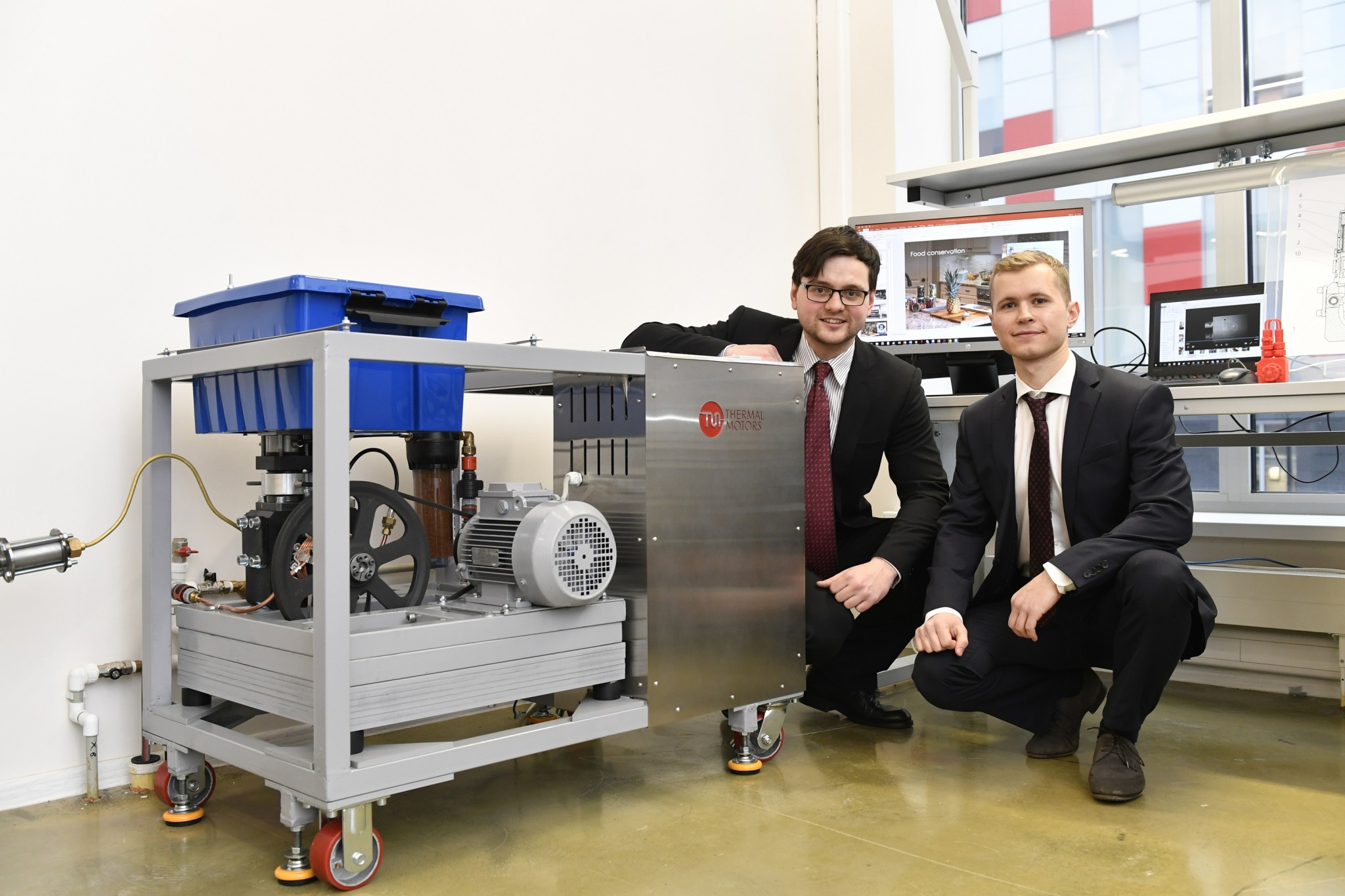