Scientists at Skoltech’s Center for Computational and Data-Intensive Science and Engineering (CDISE) and Center for Design, Manufacturing and Materials (CDMM) have determined through mathematical modeling that the process of erosion optimizes the shapes of disintegrating materials. 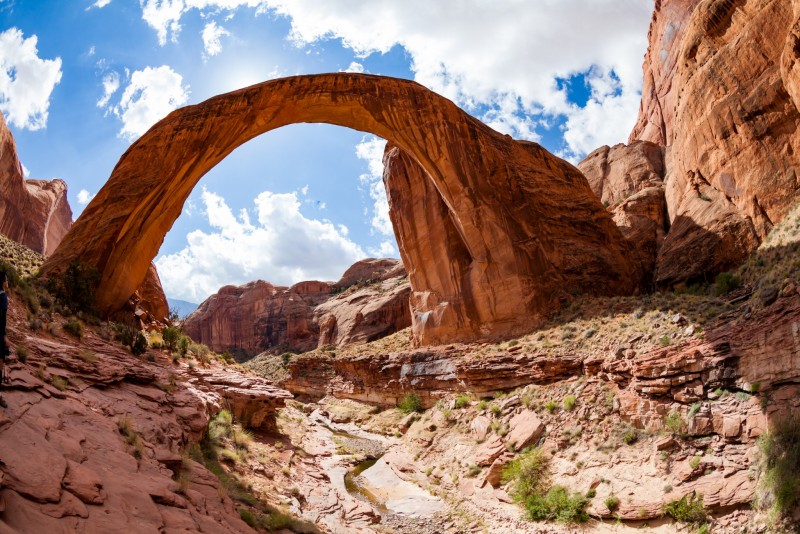 Natural wind and water erosion often creates spectacular landforms, such as natural arches and bridges, balanced pillars and domes. The national parks of Utah in the United States truly serve as museums of these beautiful structures. And this phenomenon may not be limited to Earth’s surface; recent evidence show that similar landforms might also be common on Mars. The beauty of natural arches, their stability and engineering precision (nature tends to form so-called “catenary” arches – the most stable among possible freestanding arches) have always inspired amazement and curiosity among geologists, as well as architects that have built such structures as the famous “Gateway arch” monument in Missouri, USA.

Questions about the mechanisms of formation of such structures have long remained unanswered. The absence of convincing explanations of how the erosion process – random by its nature – is capable of sculpting such non-trivial shapes as catenary arches, has gained particular flavor in the context of the geomorphology of Mars and other planets, sometimes inspiring fanciful speculations on the architecture of extraterrestrial civilizations.

Skoltech researchers were inspired by the resent study where scientists from Charles University in Prague, suggested the idea that the mechanism behind the formation of natural arches is the negative feedback between stress and the rate of surface erosion. In other words, natural erosion tends first to remove unstressed material that is inefficient in terms of load transfer. The reason for such behavior is nothing but a well-known law of dry friction – the greater the particle of a rock is compressed between its neighbors – the harder it is to detouch it.

“This simple idea captured our attention. We could not help but note that very similar methods of search for optimal shapes of engineering structures were widely used in modern industry. These methods, known as evolutionary structural optimization, are based on the subsequent removal of inefficient material. The most striking aspect of this resemblance is the fact that the mathematical criterion for material removal used in engineering optimization approaches is almost exactly the one that follows from the physics of the erosion process,” said Skoltech research scientist Igor Ostanin, the study’s lead author.

In their work Skoltech scientists proposed considering the phenomenon of erosion as the process of shape optimization. They managed to show that, under a set of reasonable conditions, erosion performs the shape optimization of disintegrating material, locally minimizing the elastic strain energy stored in the rock bulk. It was also shown that during the process of the formation of a stable and well-balanced structure the rate of erosion drops dramatically, since the structure does not contain any more unstrained and inefficient material. Therefore, the structures that were initially eroded at rates observable with the naked eye, as time passes, become stable at geological time scales of thousands, and even millions, of years.

The formation of columns, arches and other exotic morphologies was illustrated in numerical modeling, using the software for the optimization of topology, developed at Skoltech earlier. 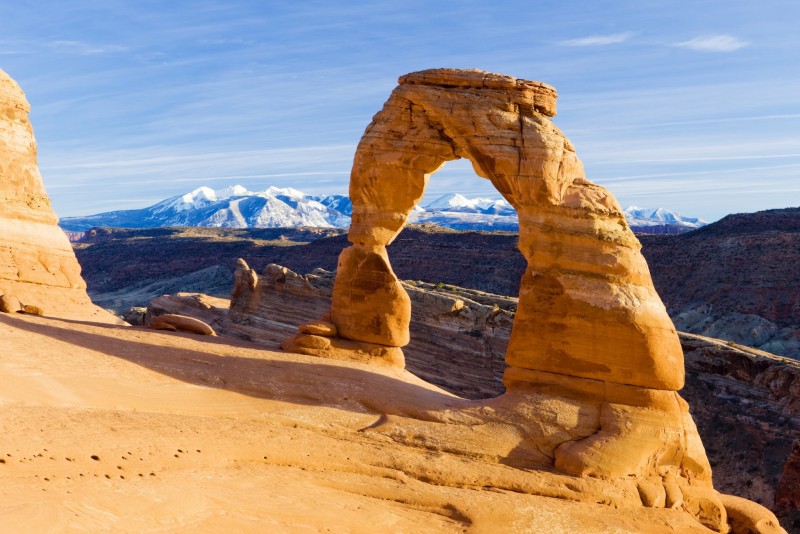 The results of the study have been published in Nature Scientific Reports Journal.