Robots could revolutionize the world of eldercare. Photos: Public domain.

Early into the 1985 blockbuster Rocky IV, the iconic boxer’s curmudgeonly brother-in-law receives a gift that at the time was emblematic of the distant future: a robotic butler.

The robot was able to serve birthday cake and cold beer, clean the house and croon positive affirmations.Professor Jun Miura.

Professor Jun Miura of Toyohashi University of Technology in Japan has developed a human-support robot that is capable of monitoring patients’ activities, and carrying out a wealth of household tasks, from finding a pair of glasses to detecting potential fire hazards. 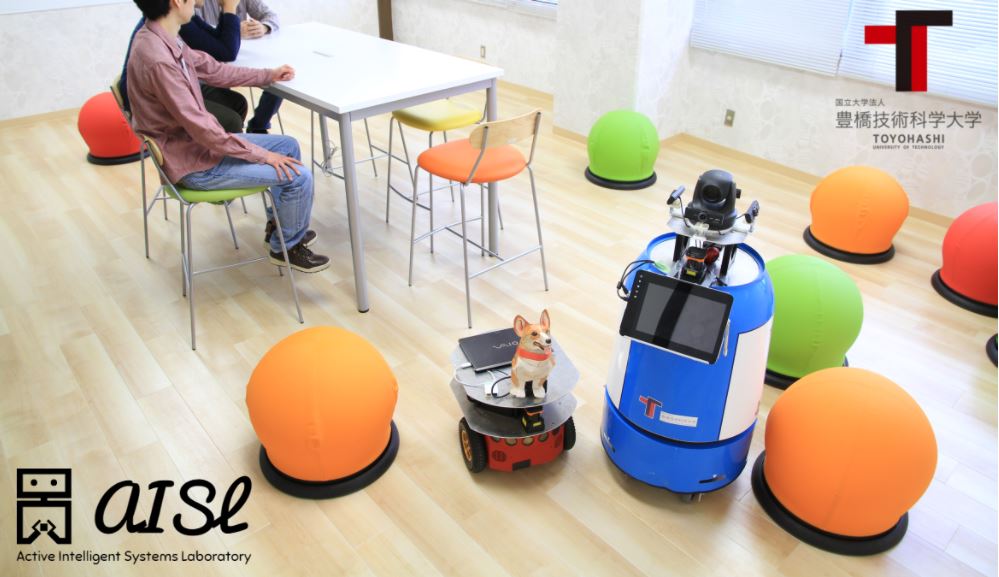 One of Professor Miura’s caregiving robots pictured next to a corgi. Photo: Toyohashi University of Technology.

But unlike Rocky IV, Miura didn’t design these robots for the benefit of slovenly bachelors. His goal instead is to bolster the independence of Japan’s elderly. 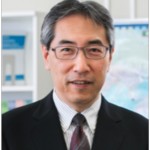 According to World Bank, Japan boasts the world’s largest aging population, with 27% of its residents aged upwards of 65. And that figure is set to soar to 40% by 2050, the Organization for Economic Co-operation and Development (OECD) reported.

“In light of the growth of the country’s aging population, the number of caregivers in the country is insufficient, and this number will only become smaller in the future. Robotic technologies will be necessary for dealing with this issue,” he said on the sidelines of a recent guest lecture at Skoltech.

Guided by this goal, Miura and his lab have developed a robot designed to serve as roving attendants to the elderly.

As a child, Miura was captivated by machines – trains having been his favorite. He took every opportunity to ride and photograph trains, a passion that ultimately drove him to study mechanical engineering in university.

In graduate school, his enduring fascination with locomotives converged with a newfound passion for the then-burgeoning field of computer science. 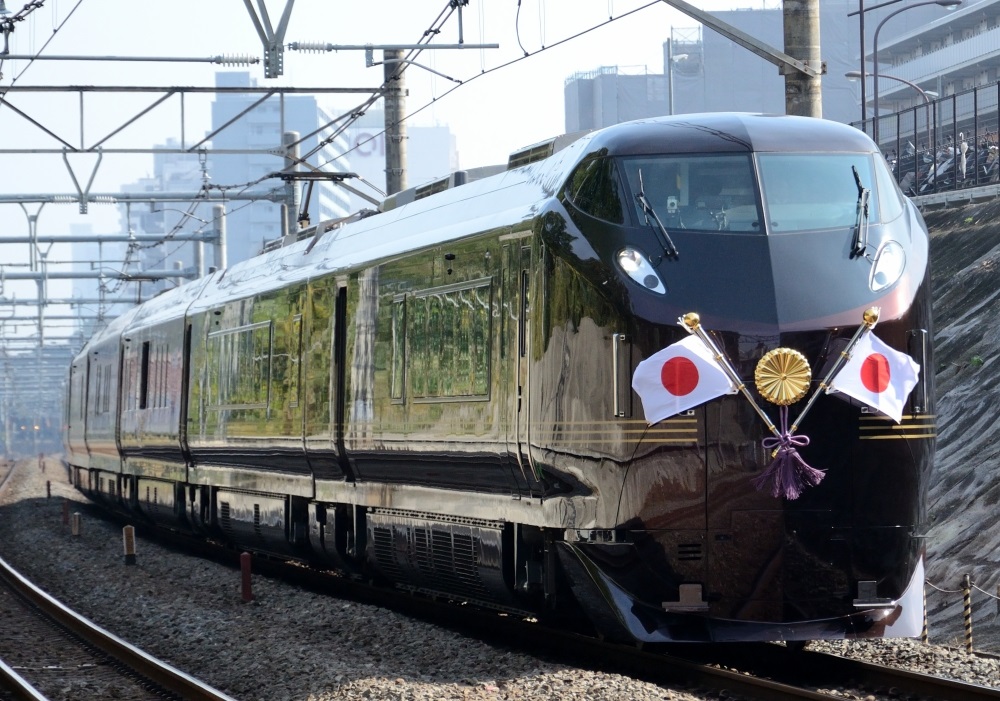 “I liked machines and I developed an interest in computers, and if you put together a machine and a computer, you get a sort of robot,” he said.

In graduate school he focused on Artificial Intelligence (AI), particularly as it pertains to recognition and planning.

“Recognition is to know what is happening in one’s surroundings. It is very important for the safe and intelligent behavior of a robot. It’s the basis of everything. Once you know what’s happening, you make a plan – how to move, how to interact and how to manipulate your surroundings,” he said.

Miura’s robotic caregivers use an array of cutting-edge technologies related to recognition and planning in order to monitor their patients and their surroundings.

They can detect and track individuals, objects and comprehensive scenes. 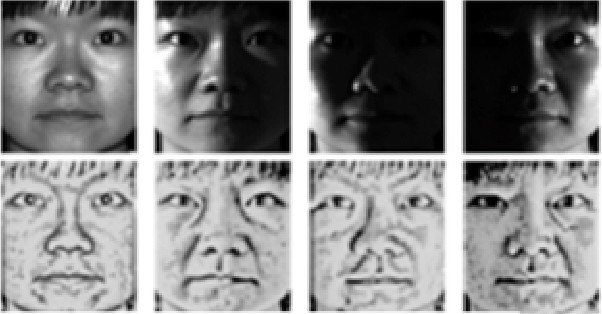 They can identify their patients in a crowd using a multiple feature-based re-identification method, as well as a facial-recognition technology that is able to identify an individual in a variety of lighting conditions.

They can detect potential health crises by memorizing their patients usual posture and gait, and alerting emergency services in the event of a fall or collapse.

Using a combination of 3D LIDAR (Light Detecting and Ranging) and movement detection technologies, they can monitor a patient’s behavior across a broad physical area.

These qualities combined, in many ways Miura’s robots mirror the behavior of human caregivers, but in reality, the roboticist will be the first to tell you that the last thing he wants to do is replace humans.

AI and the fate of human civilization

In December 2014, iconic physicist Stephen Hawking conveyed his concerns about the future of AI in no uncertain terms to the BBC, stating: “The development of full artificial intelligence could spell the end of the human race.”

In July 2017, SpaceX and Tesla founder Elon Musk likewise warned a group of United States governors that – having been exposed to the latest emerging technologies – in his view, AI poses the most significant threat to humanity.

“AI is a fundamental existential risk for human civilization, and I don’t think people fully appreciate that,” he said in comments carried by NPR. 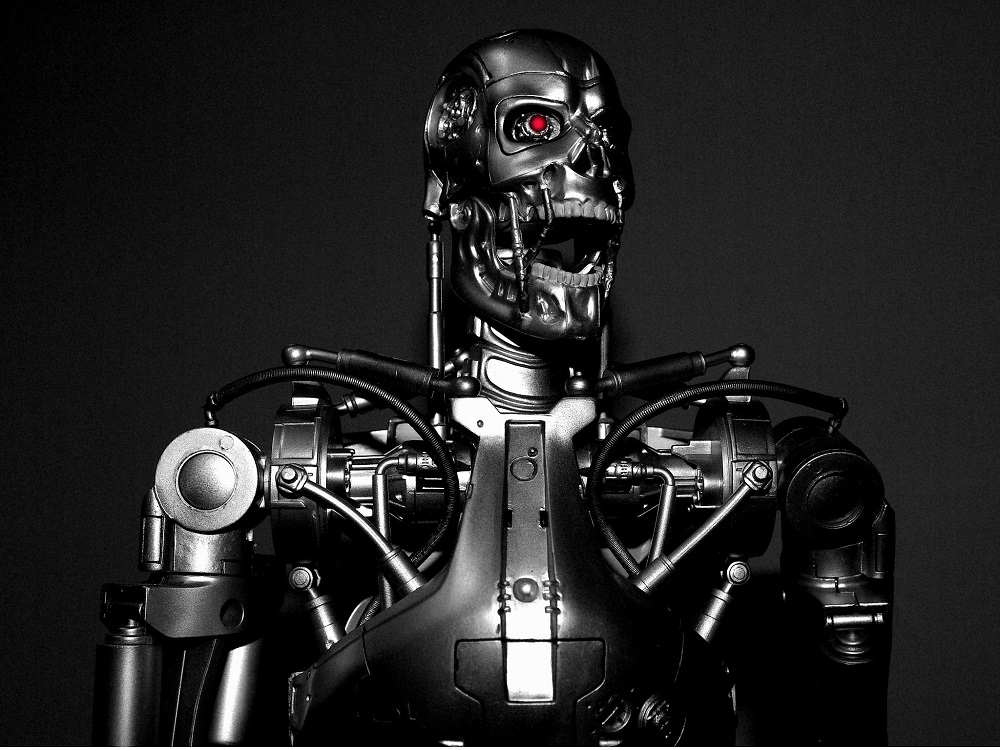 Some of the world’s greatest scientific minds have warned of the potential menace of AI. Image: Stephen Bowler // Wikimedia Commons.

As a man who has dedicated his career to creating human-esque robots, Miura didn’t disagree with these statements. However, he was quick to point out that the current state of AI is a far cry from surpassing human intelligence.

“There are many levels of intelligence. Lower-level intelligence relates to reactive behavior, so, for example, touching something and noticing that it’s hot, so reacting with pain. Even this kind of base level intelligence is still being developed,” Miura said.

And in fact, he strives specifically to create AI that doesn’t come close to matching human intellect.

To date, Miura’s team has constructed three caregiving robots for research, each of which possesses a unique combination of mechanisms and sensors. And though they’ve generated a great deal of buzz, they have yet to enter the market.

Down the line, Miura plans to commercialize individual mechanisms and technologies, rather than one robot containing all of his innovations. This way, his work can be used to foster the creation of an array of robots that cater to individual needs.

Meanwhile, he continues to grapple with theoretical and technical challenges.

“On the theoretical side, it’s still difficult to detect the real state of a human; a human caregiver can notice a very slight change of state – such as if the patient begins to feel dizzy or a bit depressed. For a robot, this would be very difficult,” he said.

From a technical perspective, Miura explained, it’s tricky to keep a robot running around the clock.

But in the coming years, he expects to tackle these challenges, creating a robot that can cater to a broad range of patients’ needs.

“In the future, I anticipate that human caregivers will continue to provide patients with services that require very close interactions, and more perfunctory tasks, like carrying groceries or helping elderly clients get around, will be outsourced to robots,” he said.