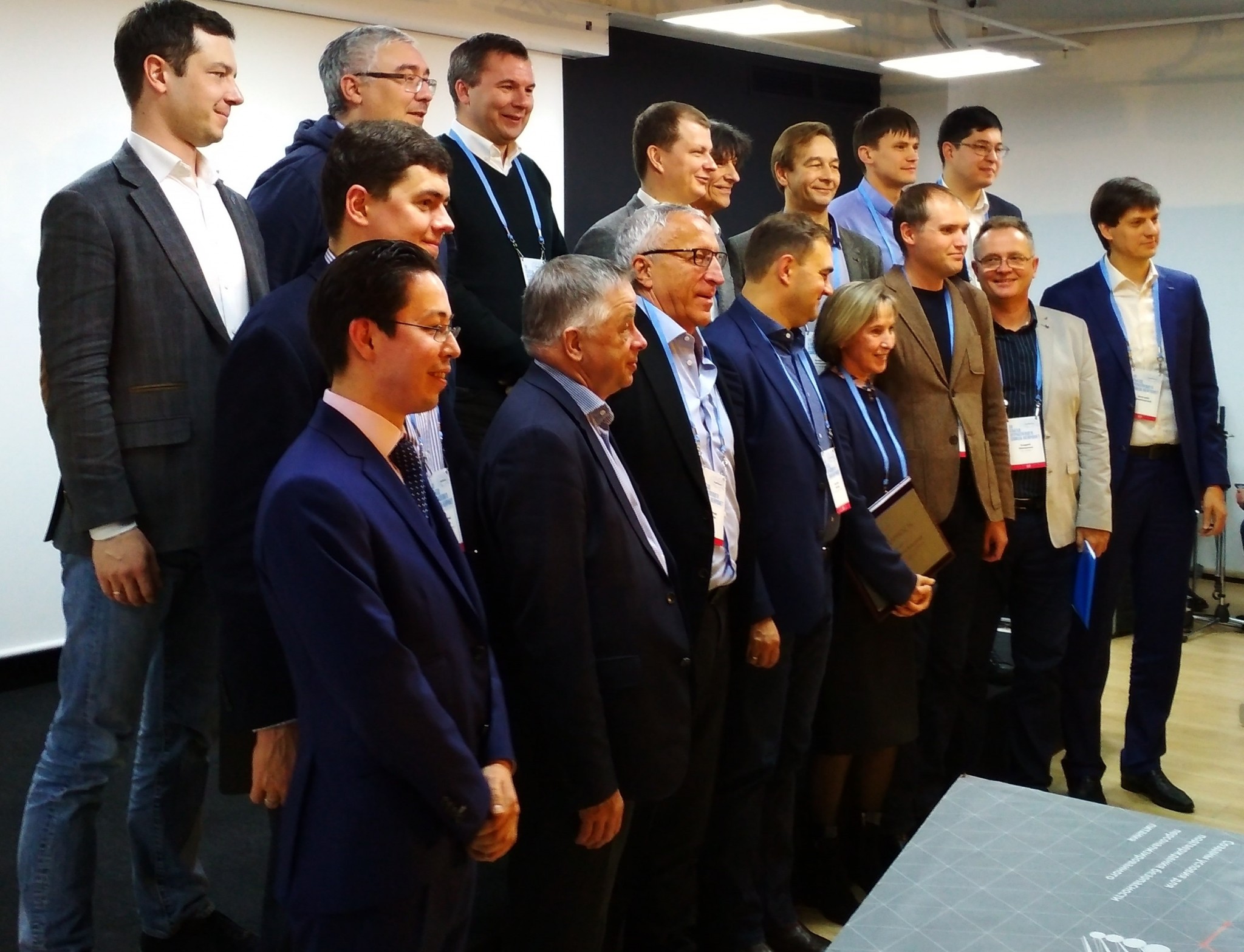 Representatives of Skoltech and the Research Centre of Medical Genetics after the signing on Saturday. Photo: RBK.

The Skolkovo Institute of Science and Technology (Skoltech) and the Research Center of Medical Genetics, run by the Federal Agency for Scientific Organizations (FASO), will join efforts in analyzing and processing genetic data, monitoring the quality of lab research and compiling medical genetics databases within the newly founded CoBrain-Analytics project. The two organizations signed a Memorandum to this effect in Moscow on February 3, 2018.

The Memorandum was signed by President of the Skolkovo Institute of Science and Technology Alexander Kuleshov and Director of the Research Centre of Medical Genetics Sergey Kutsev.

According to the Memorandum, CoBrain-Analytics project partners will share knowledge and expertise in the analysis and processing of data on hereditary mutations and develop a framework for monitoring the quality and analyzing the results of lab research.

“Each year, clinical practice generates growing amounts of genetic data, whereas the tools used for their processing are generally rooted in research and are not up to the mark in terms of quality and user friendliness. New easy-to-use data processing tools with a user-friendly interface and a set of handy functions will help doctors and lab scientists to focus on their primary mission,” says President of Skoltech and Full Member of the Russian Academy of Sciences (RAS) Alexander Kuleshov.

According to the World Health Organization (WHO), up to 5% of newborns have congenital or inherited health disorders, which is one of the biggest reasons for high infant and child mortality rates. Throughout their lives, patients with congenital or inherited disorders suffer from their various manifestations and have to get outpatient care 5 or 6 times more often that the rest of the population. There is a wealth of databases in the world that contain clinically essential data on genetic diseases but lack information about the specifics of the Russian population.

According to Dmitriy Vinogradov, Junior Research Scientist at Skoltech, “gathering depersonalized medical genetic data and giving the Russian medical community access to this data will not only enhance the quality of healthcare but will also ensure faster and more accurate diagnosis.”