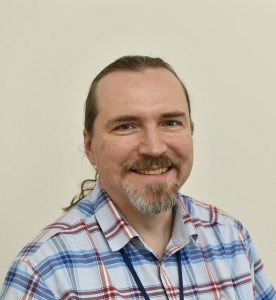 Professor Sergey Abaimov of Skoltech’s Center for Design, Manufacturing and Materials has been appointed to the editorial board of Frontiers in Physics.

Having only published its first edition in 2013, Frontiers and Physics has rapidly gained recognition around the globe due to the high quality of its publications and the transparency of its review process. In particular, when an article is published, reviewers’ names and comments are published alongside it, transforming the review process into a scientific dialogue.

The journal is part of the Frontiers in series of academic journals, which provides free and open access to all published research, in line with the philosophy that “all research is for the benefit of humankind. Research is the product of an investment by society and therefore its fruits should be returned to all people without borders or discrimination, serving society universally and in a transparent fashion.”

Abaimov said that it was his book, Statistical Physics of Non-Thermal Phase Transitions, that brought him to the attention of the journal’s editorial board.

“In my book I had accumulated all my experience, ideas, and hypotheses about statistical physics of complex systems. Professor Alex Hansen [Chief Field Editor of Frontiers and Physics] told me that he was impressed by it, and invited me to visit his research group in Norway as well as to become an associate editor of the journal’s Interdisciplinary Physics section,” he said.

Abaimov enthusiastically accepted the invitation, explaining that throughout his career he has pursued an interdisciplinary approach to research.

He described one of his favorite examples of interdisciplinary research: “Damage mechanics is a relatively new science, while statistical physics of phase transitions possesses a well-developed mathematical mechanism to solve problems of different natures. In the 1980s, it was discovered that damage can be described as a phase transition also. Only in contrast to usual phase transitions where separate phases like ice-water or water-vapor are intuitively identified, damage is more elusive since one phase is an intact material while another is a failed material. For that reason, damage was only recently associated with phase transitions. Nevertheless, mathematics in the base of all phase transitions is the same, and the huge mathematical apparatus of statistical physics has become available to describe damage phenomena as well and to discover what has been missed in damage mechanics itself.”

Abaimov joined Skoltech in 2013. In addition to the abovementioned book which initially caught the attention of the Frontiers in Physics editorial board, he published a Russian-language textbook on the statistical physics of complex systems. He received his MSc with honors in 1996 from the Moscow Institute of Physics and Technology, and his PhD in 2008 from the University of California, Davis, where he specialized in complex systems, with a specific emphasis on the applicability of statistical physics to damage phenomena.