Four Skoltech scientists have been chosen as winners of the Russian Science Foundation’s 2018 competition for individual scientific groups carrying out fundamental and exploratory research.

In total, each grant winner will receive between four and six million rubles each year from 2018 through 2020, with the possibility of extension for one to two years thereafter.

Skoltech’s winners were among 3,654 applicants competing for grant funds, which ultimately were awarded to 525 projects.

The winners and their projects include: 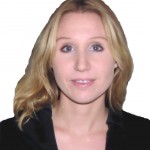 Asked what she believes set her project apart, and inspired the Russian Science Foundation to select her team to receive funding, Frolova explained:

“This project is particularly valuable for the scientific community because it is aimed at solving an important scientific, social and environmental problem – namely the development of competitive alternative renewable energy sources, such as third generation solar cells. Recently, hybrid lead-halide perovskite solar cells have attracted a significant amount of attention among both the scientific community and industry owing to their impressive power conversion efficiencies (PCE) exceeding 23% for the best laboratory devices and the feasibility of their relatively simple low-cost production using the roll-to-roll printing technology. However, the low stability of hybrid systems based on the lead halides currently represent a key impediment for their practical use. Our project is aimed at solving this important scientific problem – reaching long-term operation stability of the perovskite solar cells in a real environment by virtue of promising research directions in the design of novel stable perovskite and perovskite-like semiconductor materials for third generation photovoltaic cells. We expect that the successful realization of this project will shorten significantly the way from ongoing intense fundamental studies of perovskite absorbers to their massive commercial application in highly efficient and durable solar panels.”

She added that she was thrilled to receive the award, and emphasized that it was a team effort.

“I am very grateful to the Russian Science Foundation for supporting the project. I also want to thank my colleagues for their help in preparing the project application. This is the overall success of the research team.” 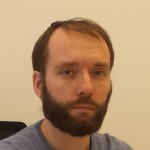 Project: The application of machine learning to construct models of interatomic interaction

Shapeev said that his project’s success in the competition is likely due to its potential to make super computers an even greater force to be reckoned with.

“The project is aimed at using modern machine-learning methods to accelerate the computation of properties of materials and chemical compounds. Presently, supercomputers spend almost 50% of their time modeling molecular properties. The machine-learning methods would accelerate molecular modeling by orders of magnitude and allow us to computationally develop new materials with superior properties which are out of reach for state-of-the-art algorithms,” he said.

He added: “I am glad that the scientific community have recognized the importance and feasibility of my project.” 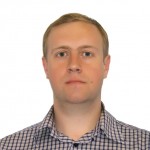 Asked what set his project apart, Frolov explained that when it comes to wireless networks, we are at a crossroads, and his work could help pave the way to the wireless networks of the future:

“Current wireless networks were developed with the goal of transmitting large data streams: files, webpages, multimedia information. The next generation of wireless networks is facing a new challenge in the form of machine type communication. Indeed, according to Cisco, in 2015 the number of devices involved in network communication exceeded the world population twofold, and this figure continues to grow exponentially. Note, that the traffic generated by devices significantly differs from the traffic generated by human users and mainly consists of short data packets. We can distinguish two main scenarios of machine type communications: 1) massive machine type communication (mMTC) – technology which allows for the interaction of 20,000-50,000 autonomous devices connected to the same access point. This technology is of critical importance for mass deployment of Internet of Things systems; and 2) ultra-reliable and low-latency communication (uRLLC) – technology of short data packet transmission with a delay of at most 1 ms and a probability of packet loss at most 10-5-10-7 for critical applications,” he explained.

“Existing wireless networks are inefficient in these scenarios. Thus, the task of developing new technology that provides the possibility of machine type communication is relevant and critical. The research in this direction is actively conducted in 3GPP standardization committee. In this project, we plan to develop new non-orthogonal multiple access schemes for the mMTC scenario and methods for ensuring guaranteed packet delivery for the uRLLC scenario,” he said.

Like the other winners, he expressed gratitude and pride over having been selected for the honor: “It is a great honor for me to win this grant. This award shows that our team is moving in the right direction, this is a serious incentive to continue working on this new and hot task. In the course of the project, we plan to work in collaboration with the Massachusetts Institute of Technology (MIT) in the United States, as well as with leading companies in the telecommunications industry.” 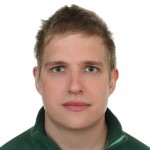 The Russian Science Foundation is a public organization that strives to support basic research and the development of top-flight research teams in various scientific fields.

Skoltech takes great pride in all four of these projects, and wishes each winner and their teams the greatest success.