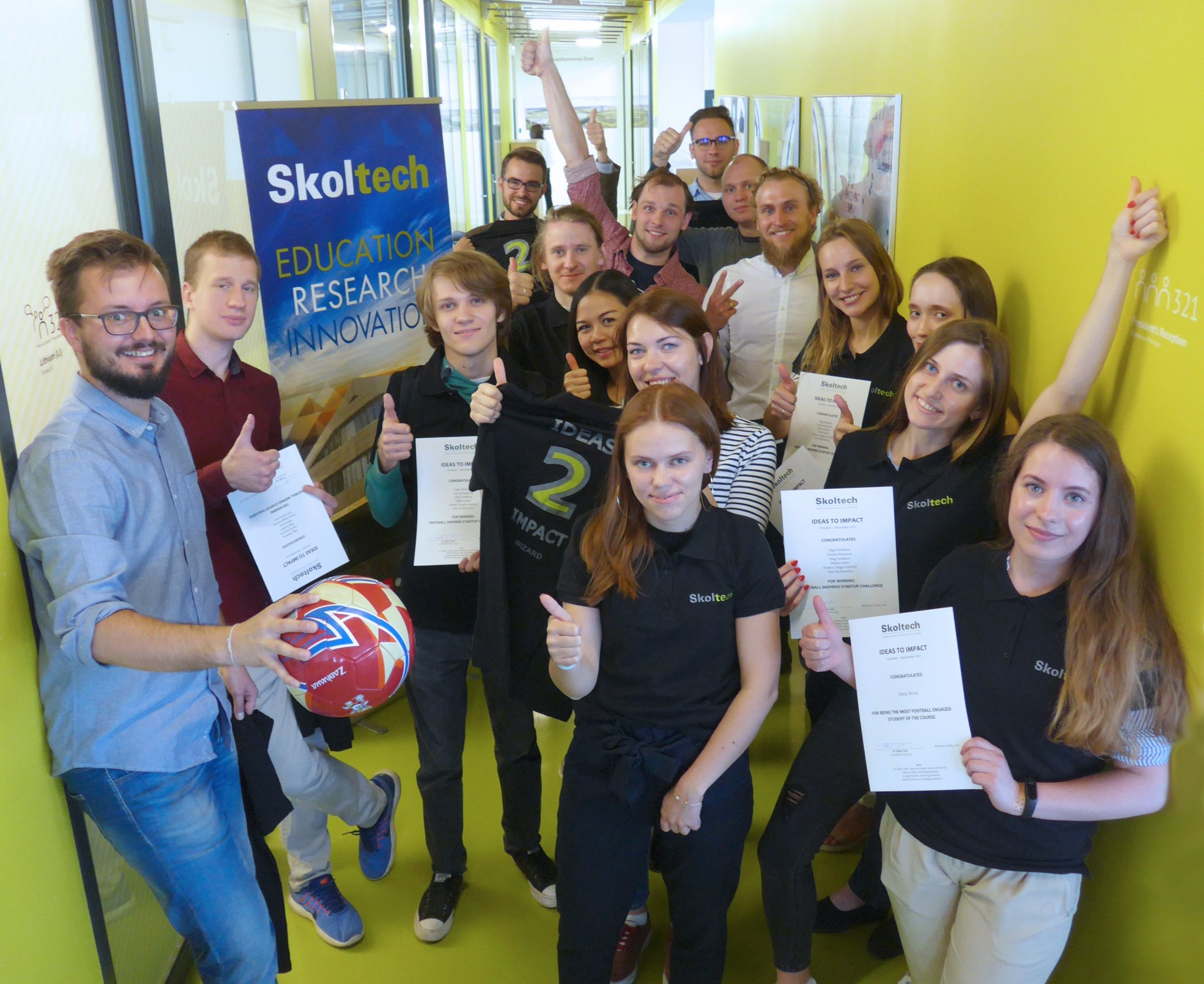 The upcoming FIFA World Cup, which begins next month in Russia, has already served as motivation for Skoltech students to refine their entrepreneurial skills – readying them for the challenges they will face in the world of business.

Zeljko Tekic, an assistant professor who works with Skoltech’s Center for Entrepreneurship and Innovation (CEI), challenged his class of 76 MSc and 11 PhD students to come up with a business idea centered on the international football tournament.

Tekic’s CEI class, entitled Ideas to Impact, prepares students for the big step into the commercial world they will face after leaving the institute’s academic environment. “The goal of Ideas to Impact is to help students move from idea to execution – to push them outside of their science and engineering comfort zones into areas where they can solve problems, bring value, and eventually make money,” Tekic explained.

A football fan himself, Tekic saw the upcoming FIFA World Cup as a great vehicle to implement Skoltech’s mission of cultivating a new generation of researchers and entrepreneurs with a focus on innovation. “The Cup is a worldwide event with international tourism implications that presents multiple opportunities for entrepreneurial ideas,” said Tekic.

He split his students into teams, each of which was tasked with developing an innovative business idea, and crafting a convincing sales pitch to go along with it. Throughout the course, his students were evaluated on their performance in pitching ideas – which Tekic described as an often-overlooked, but vital skill in successfully communicating a business startup’s details to venture capitalists, customers and others.

The winning team of six students proposed a smartphone application that searches Russian social media platforms for televised sporting events shown locally in public locations. “If you’re interested in seeing a match with friends, the app will help determine what restaurant, pub or other gathering place is showing which game,” Tekic explained.

Tekic said that while Skoltech students generally excel at solving mathematical or computational problems, what impressed him about the winning team members was the human element they brought to the equation. “Their central idea was that sports matches are, by nature, social events… and every social event revolves around a place. With this concept in mind, the team went out and talked to people, interviewing pub owners about features that would make their proposed app more beneficial.”