As Skoltech’s international presence grows, so does its appeal to visiting students and scholars from some of the world’s leading academic institutions.

In our latest series, we’ve caught up with several of this summer’s brightest visiting students to learn about what they’re studying and what brought them to Skoltech.

Alexander Knapp is a rising senior at the Massachusetts Institute of Technology (MIT), where he is majoring in Aerospace Engineering and minoring in Computer Science. His goal is to build a career in autonomy – i.e. autonomous cars, drones, etc. – an area that fuses these two subject areas.

While he’s not busy studying the future of transportation, Knapp keeps busy training in the US Armed Forces’ Reserve Officers’ Training Corps (ROTC), and, as if that weren’t enough, running cross country and track and field.

So it makes sense that rather than relaxing on a beach somewhere, he’s opted to spend his summer vacation immersing himself in robotics under the watchful eye of Skoltech Professor Dzmitry Tsetserukou.

Read on to learn more about Knapp’s academic pursuits and his adventures in Russia. 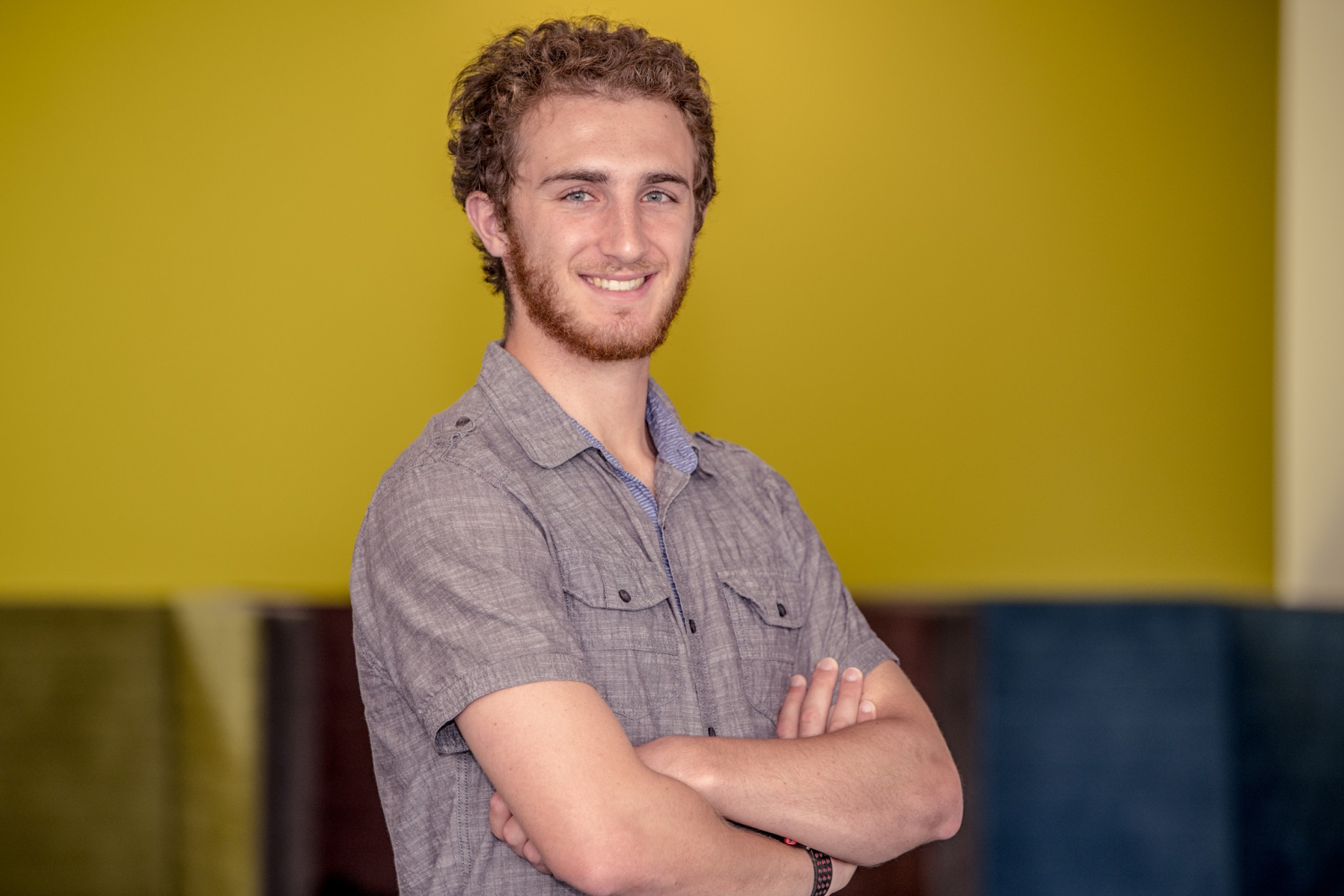 What inspired your interest in autonomy?

I decided to study Aerospace Engineering because I thought flying was pretty cool, and space is an awesome, largely unexplored area that I could research. I was also interested in Computer Science – it’s something that I started during my senior year of high school. I quickly realized I was pretty good at it, so I choose to look look into options in that as well.

My program at MIT – Aerospace Engineering – involves a lot of aerodynamics, structures and materials, propulsion and controls, and autonomy. In other words, there are a lot of disciplines I could go toward. When deciding what to focus on, I figured that I liked programming and I liked trying to figure out how aerospace could work with my computer science background, which led me towards the autonomy section they have there.

What are your career goals?

I’ve been looking into a lot of autonomous car companies, and I wouldn’t be surprised if at some point I end up working for one of them. That seems to be a common topic that people are working on these days, and that’s the sort of work I’m doing at the Skoltech Intelligent Space Robotics lab.

On the other hand, I think working for an aerospace company would be very cool – particularly one of the big companies like Lockheed Martin, Boeing or SpaceX.

How did you hear about Skoltech?

I came here through MIT’s internship abroad program, and what they do is they match you up with companies or universities in the country that you decide to work in. I gave them an idea of what my interests were, and then they gave me a list of companies and universities that I could work for. I looked through a brief description of each lab I could work at, and I saw that there were a lot of cool opportunities here at Skoltech, so I told them that two of the labs here and a third one somewhere else were my top three options.

They put me in touch with some of the professors in charge of the labs on Skype, and I thought based on some of the exciting opportunities that I’d have here at Skoltech, this would be a great place to go.

So I decided to spend my two-month internship period here. 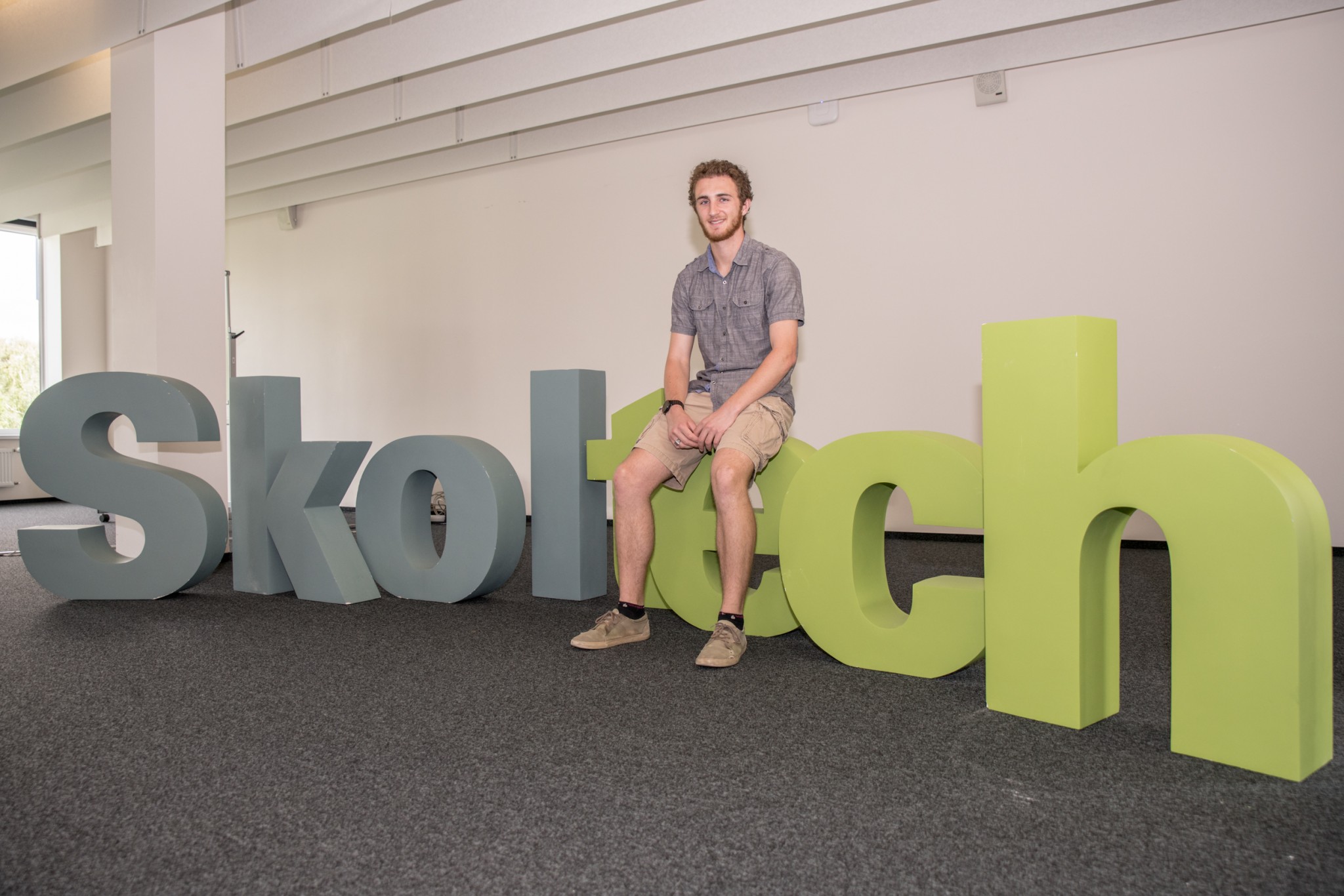 Why did you decide to spend the summer in Russia?

I’ve been studying Russian language for the past two years. My family is Russian and Italian, so when I was younger, I decided I wanted to learn both languages. I studied Italian for five years [before starting college]. After that I got to MIT and realized they had a Russian program, and figured this was my chance to learn it. That’s why I started studying the language and the culture, and I decided this internship would be a great opportunity to come here and explore the country.

Not to mention, this year Russia hosted the World Cup, so that was an added bonus.

What do you hope to accomplish here at Skoltech?

I’m relatively new to doing robotics – I haven’t actually done anything in the field prior to this year so really, I would like to learn a lot. I’d previously been focusing on Computer Science and autonomy, but I hadn’t actually worked on any concrete robotics projects.

So basically this internship at Skoltech provided a great chance for me to continue to learn how to use robots in real life, as well as what some potential applications are. It was also a great chance to do some research and to get some real-world, hands-on experience. 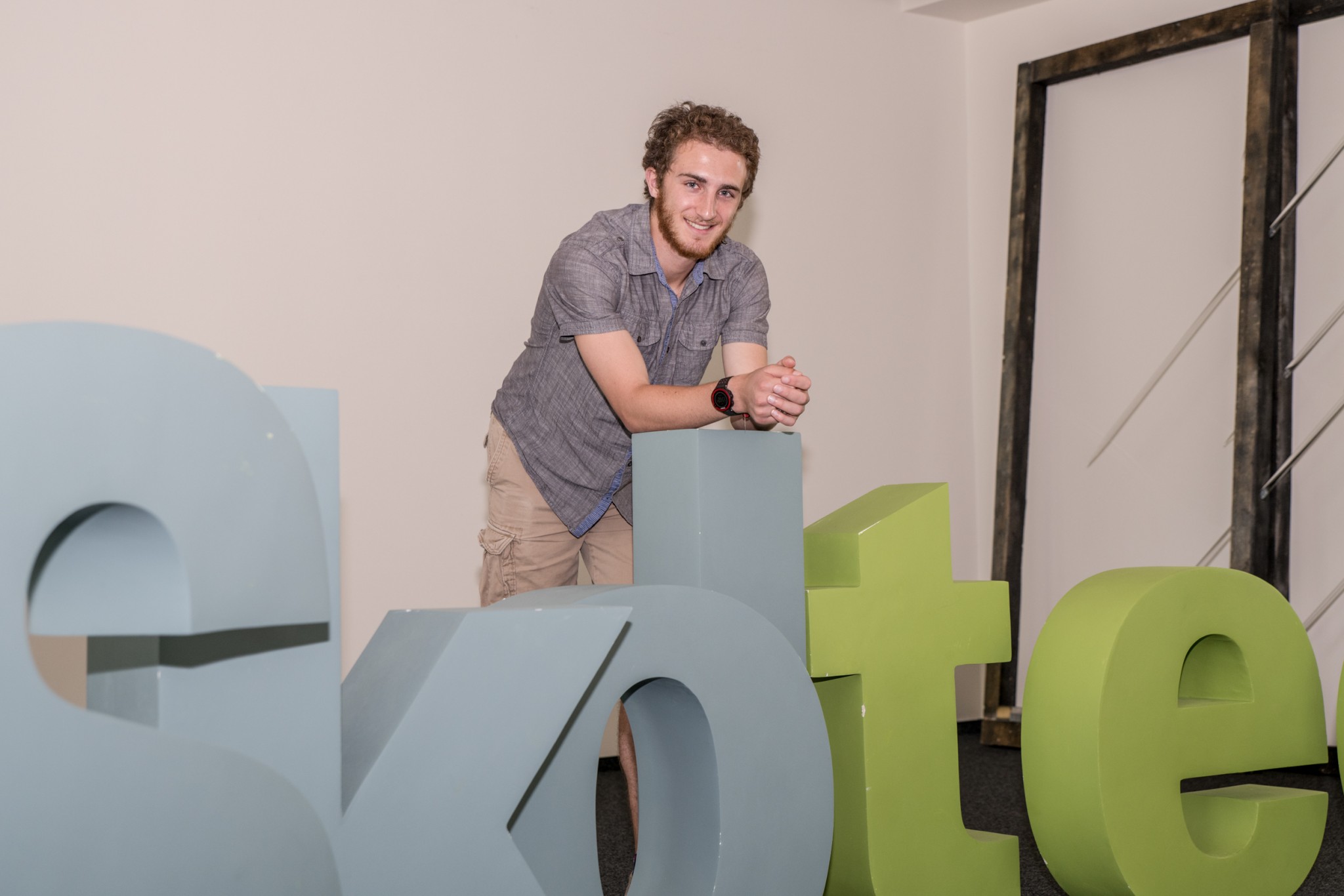 What are your impressions of Moscow?

It was very crazy to start my internship here with the World Cup going on. It was pretty cool – I watched the Spain vs. Russia game with some people here, and it was cool to watch how excited everyone was when Russia won. I was walking around the city and everyone was outside chanting and getting caught up in the excitement.

I come from a small town – West Chester, Pennsylvania. When the United States was in the World Cup four years ago, I had a similar experience. We tied Portugal which was a huge deal, so everyone was going crazy. It’s fun to see how in some ways, everything’s the same no matter where you are – people cheering for their sports teams, national pride, it’s really cool.

I’ve also done some touring around and seen some sites in Russia. We went to the Izmailovsky Market, which was cool. We checked out the Cosmonaut Museum near VDNKh, and toured Red Square and the Moscow Metro. I’ve also found some nice parks to run in. So altogether, it’s been a great experience thus far.