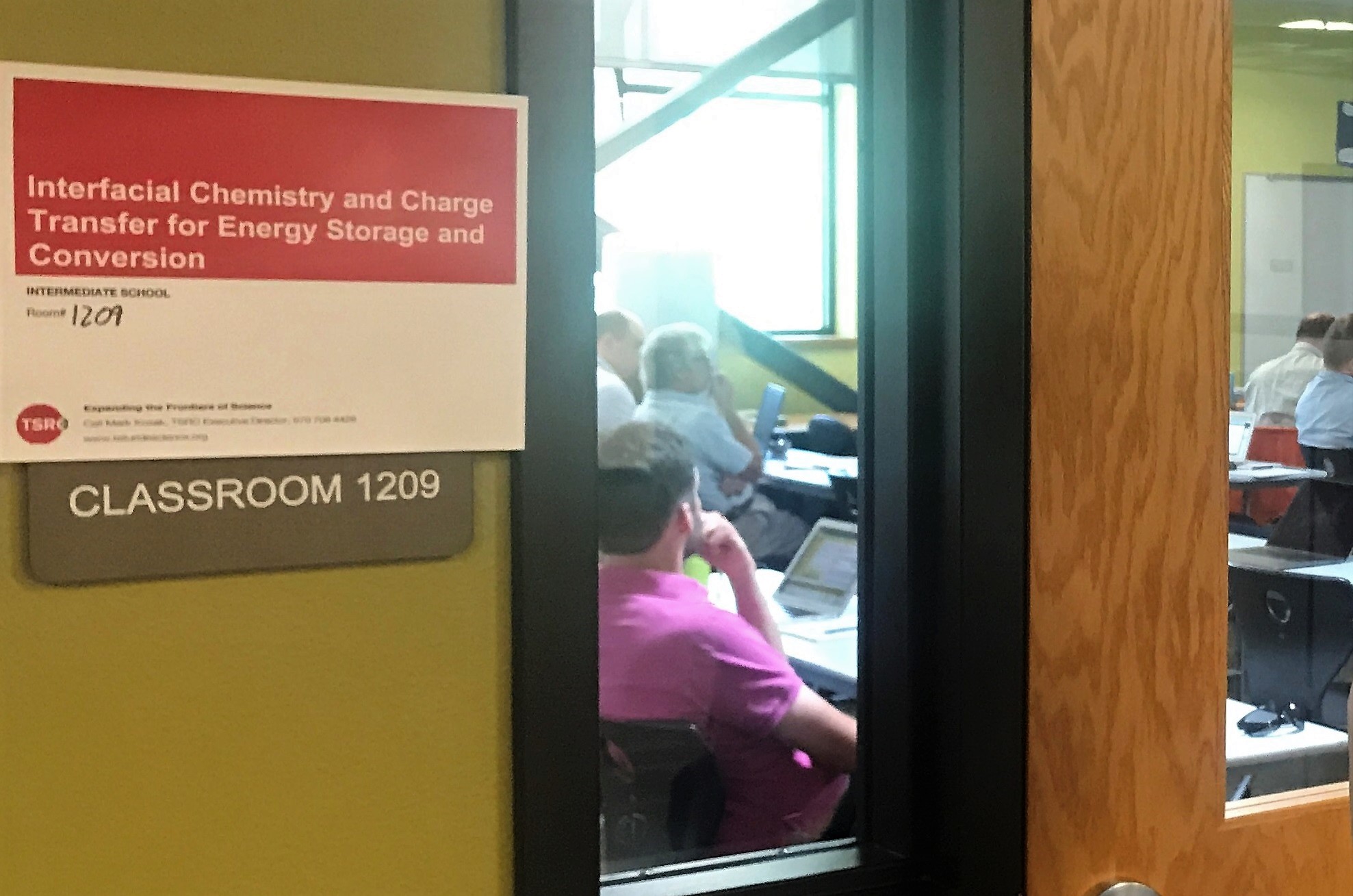 The Telluride workshop in progress

A week-long U.S. workshop organized with Skoltech’s involvement put the focus on new ideas related to chemistry and electrochemical charge transfer at interface points – essential aspects of energy optimization for such storage devices as batteries and fuel cells.

The workshop’s goal was to foster a global exchange of ideas and boost interdisciplinary communication on these subjects – recognizing the growing worldwide interest in vehicle electrification and grid-based energy storage. Held at Colorado’s Telluride Science Research Center during July, the event was attended by nearly two dozen prominent experts, including top scientists from academia, industry and government.

“If energy density and power can be raised, batteries can become much lighter and much smaller – with better implications on performance in the long run,” said Keith Stevenson, one of the gathering’s organizers, who is the Director of Skoltech’s Center for Electrochemical Energy Storage.

Closing the gap between experimentation and theory

Stevenson said the workshop’s aim was to bridge the gap between experimentation and theory – a key area of emphasis on the future of commercialized batteries and the next-generation materials used to build them.

“If every major automotive company transitions to electric vehicles in the future, there could be huge problems in their widespread use and recycling – as well as the energy consumption and waste that might be generated if we can’t recycle,” he added.

With research at Skoltech’s own Center for Electrochemical Energy Storage including new metal-ion and redox-flow battery chemistries, along with new cell technologies, Stevenson noted that discussions at the Telluride workshop were of direct interest to the institute.

Stevenson – who also serves as the Associate Provost and Dean of Research at Skoltech, in addition to his role as a professor – added that another goal of Skoltech and research centers in general is finding cheaper and more sustainable battery materials than cobalt, which is widely used today, but is expensive and creates toxic waste.