The public debut of Skoltech’s new campus has put the spotlight on this innovative facility, which is being readied for its full operation at Moscow’s Skolkovo Innovation Center.

Leading the list of attendees at the September 1 inauguration ceremony was Russian Prime Minister Dmitry Medvedev, who was a driving force behind the Skolkovo innovation city’s founding in 2010, followed a year later by Skoltech’s creation. Medvedev was given a tour of the campus facility by Dr. Alexander Kuleshov, the Skoltech president.

“The atmosphere is unique and will undoubtedly facilitate the process of obtaining all the necessary knowledge – and that is, after all, what you are here for,” Prime Minister Medvedev told Skoltech students who gathered in the new campus’ large inner courtyard for an afternoon barbecue and music concert. 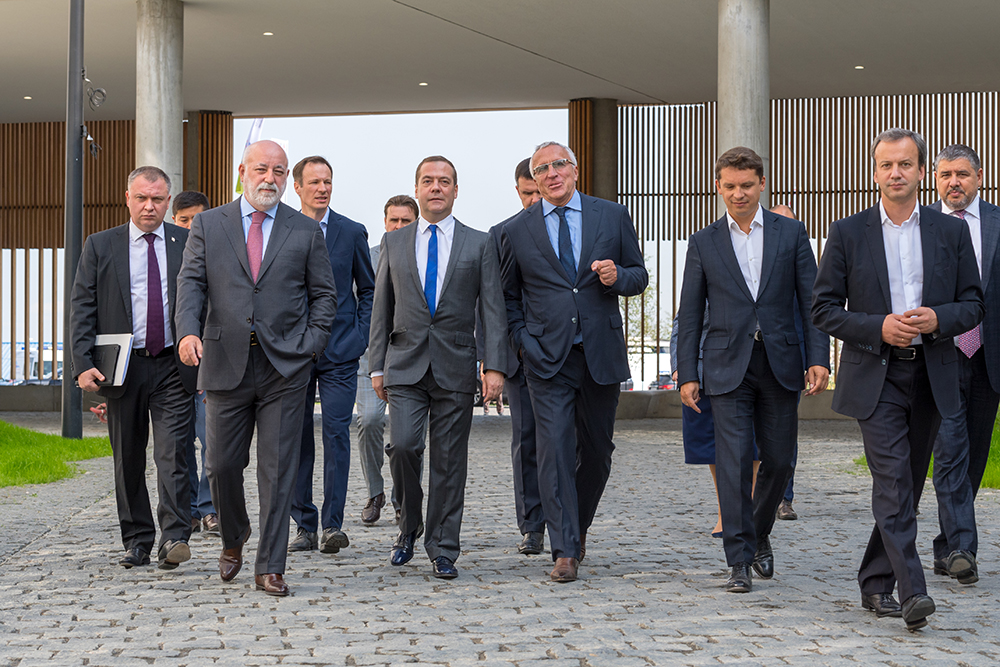 The inauguration celebration, which coincided with Russia’s annual observation of Knowledge Day, also included the agreement signing for a new neurobiology and neurorehabilitation center at Skoltech – the result of cooperation between researchers from Skoltech, the University of Southern California (USC) and Novosibirsk State University.

This agreement was inked by Skoltech’s Kuleshov; along with Charles Yu Liu, USC professor of neurosurgery and neurology; and Andrei Pokrovsky, director of the Zelman Institute of Medicine and Psychology of Novosibirsk State University. The signing was overseen by Vladimir Zelman, a professor of life sciences at Skoltech, and a professor and co-chair of anesthesiology at the USC Keck School of Medicine – who was described as the inspiration behind the new neurobiology and neurorehabilitation center. 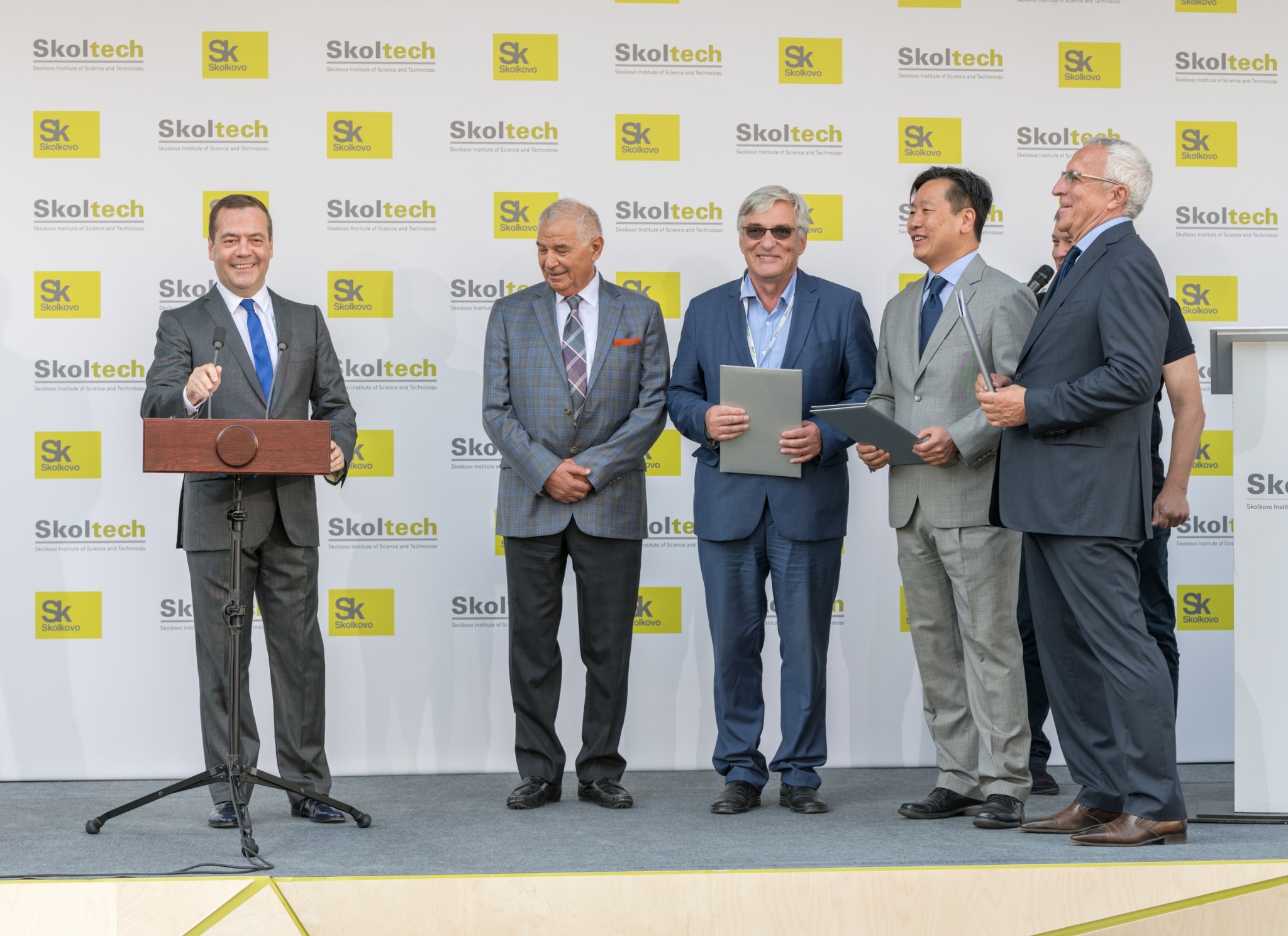 Another milestone during the September 1 new campus inauguration activities was the presentation of a 1 million-ruble ($15,000) endowment to Skoltech by two graduates who founded the Karfidov Lab engineering design laboratory.

“We came to Skoltech in 2012 dreaming of establishing an engineering company,” said Karfidov Lab co-founder Dmitry Vasilyev. “Our dream came true, so we would like to thank our professors and supervisors from Skoltech and everyone else who was there for us for their support.” 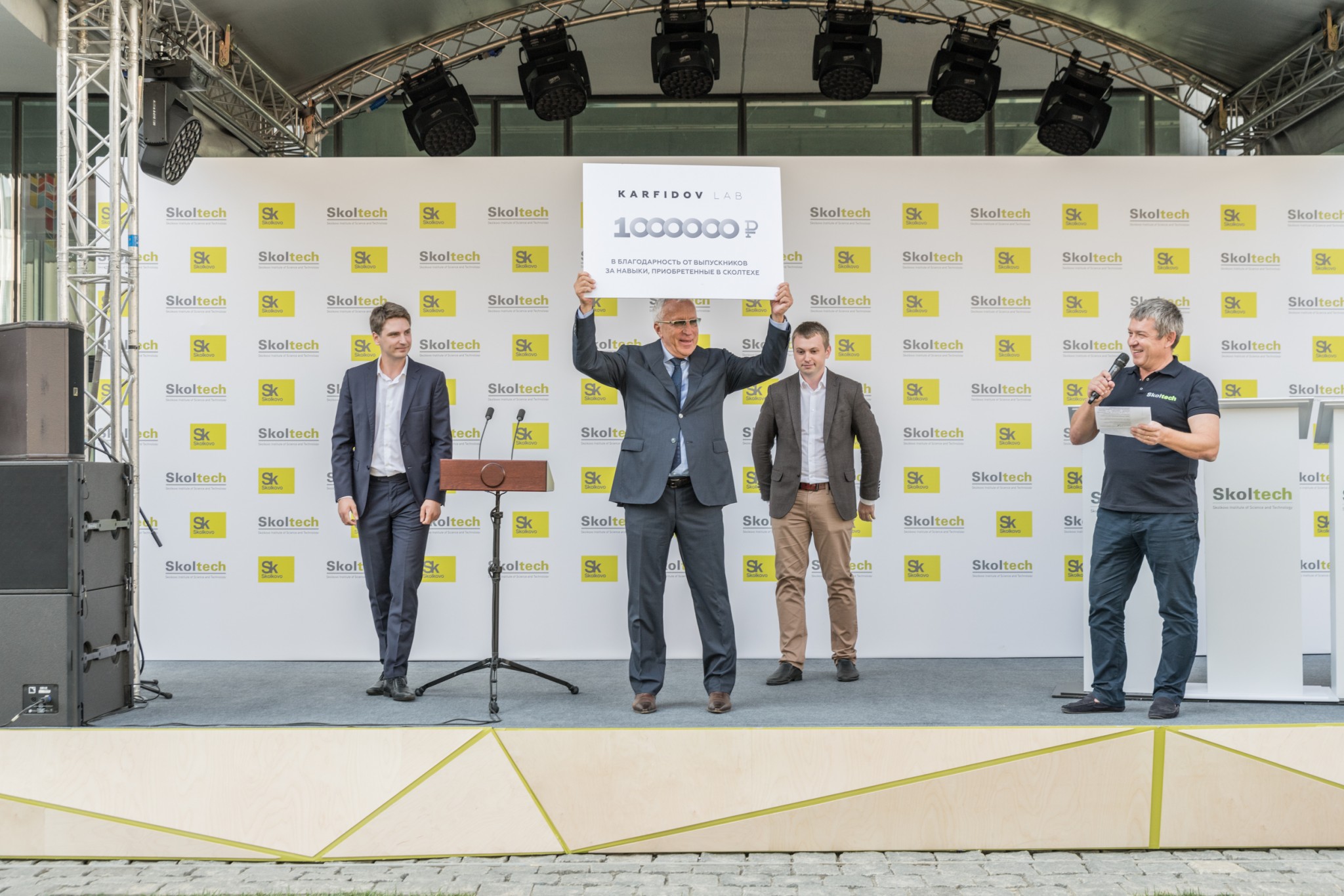