Scientists from Russia, China and the United States predicted and experimentally identified new uranium hydrides, predicting superconductivity for some of them. The results of their study were published in Science Advances. 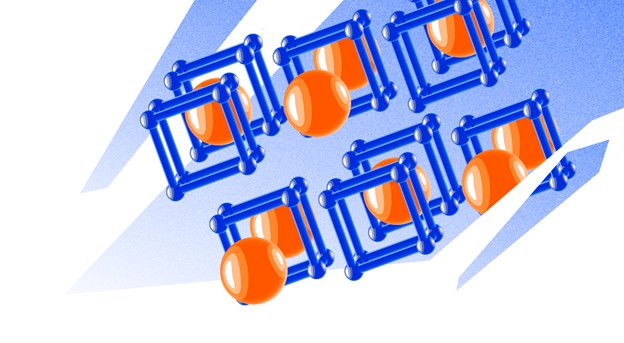 A group of physicists led by Professor of Skoltech and MIPT Artem R. Oganov predicted that much lower pressures of about 50,000 atm can produce 14 new uranium hydrides, of which only one, UH3, has been known to date. They include compounds rich in hydrogen, such as UH7 and UH8, that the scientists predicted to be superconducting too. Many of these compounds were then obtained in the experiments conducted by the teams of Professor Alexander Goncharov at the US Carnegie Institution of Washington (USA) and the Institute of Solid State Physics of the Chinese Academy of Sciences. The calculations suggest that the highest-temperature superconductor is UH7 which displays superconducting capability at -219° C – a temperature level that can be increased further by doping.

“After H3S was discovered, scientists started eagerly searching for superconducting hydrides in other non-metals, such as selenium, phosphorus, etc. Our study showed that metal hydrides hold as much potential as non-metals in terms of high-temperature superconductivity,” says the main author of the study Ivan Kruglov.

“The two highlights of our results are that high pressure produces an amazingly rich collection of hydrides, most of which do not fit into classical chemistry,  and that these hydrides can actually be obtained and become superconducting at very low pressures, perhaps even at atmospheric pressure,” says Artem Oganov.