MOSCOW – RIA Novosti. Quantum physics governs the life of everything that surrounds us. Is it possible to turn the entire Universe into a quantum computer, will the aliens notice it and why would we need such machines? Jacob Biamonte, professor at Skoltech, one of the top specialists in this field, answers these questions and tells how he ended up in Russia.

“I first came to Russia more than ten years ago, and it was not related to quantum physics. I enjoy martial arts, including sambo, and I came here to study and exchange experience. Later I learned that there’s Skoltech, an institution where advanced science is possible. It attracts people from all over the Earth”, – says the scientist.

As Biamonte noted, today he heads the Deep quantum labs laboratory, created two years ago as part of Skoltech, to unite the efforts of Russian and foreign physicists, mathematicians, computer scientists and engineers studying the problems associated with the development of quantum computing systems.

“We are not in business of building the actual quantum computational devices – we are focused on theoretical aspects of quantum computing. We also collaborate with experimenters, including Skoltech scientists and specialists from the Moscow State University, Russian Quantum Center and ITMO. We are open to cooperation and are ready to help any other experimenters studying these problems”, – continues the professor.

What is a quantum computer? It is radically different from classical computing devices that allow simple or complex mathematical operations with numbers or data sets, expressed in binary form, ones and zeros.

In their quantum cousins, an idea pioneered by the Soviet physicist Yury Manin almost 40 years ago, the information is coded in a fundamentally different way. The elementary memory cells of quantum computers, the so-called qubits, can contain not just zeros or ones, but a whole spectrum of values in the interval between them.

Due to this, the power of such calculators grows exponentially. If a quantum processor contains several dozen qubits, then its behavior can no longer be calculated even with the help of the most powerful classical supercomputers.

For a long time, these machines have remained the subject of fantasy and theoretical research of many physicists. Over the past 15 years, scientists have made several major breakthroughs in the creation of qubits and in their integration into more complex systems. The most advanced versions of quantum computers, created at Google, IBM and Harvard University by the Mikhail Lukin group, contain from 20 to 50 qubits. 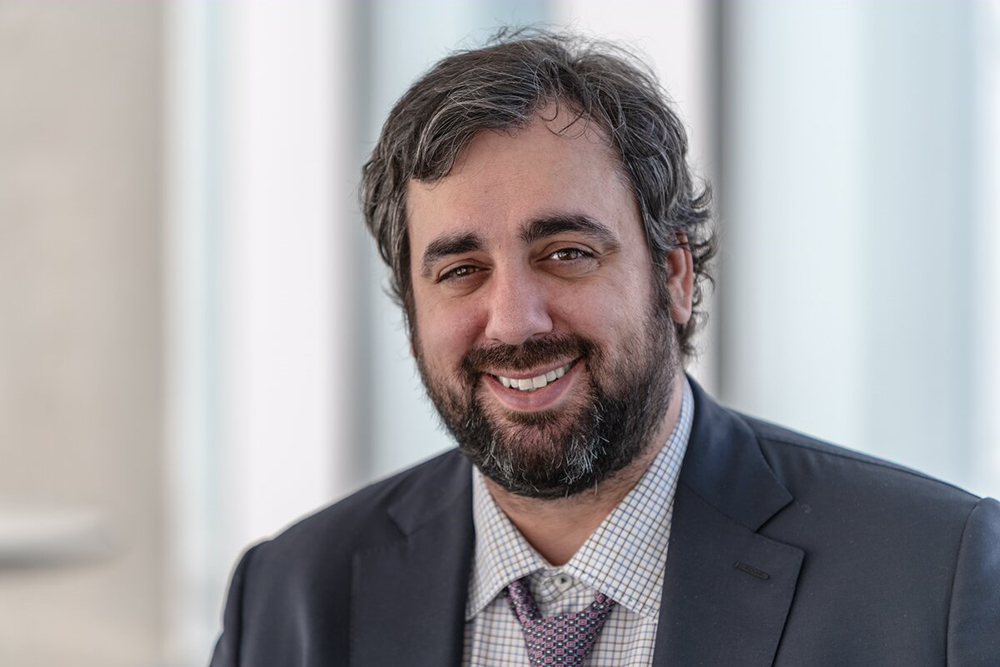 Despite these achievements, the creators of these machines themselves assume that full-fledged computing systems capable of solving any tasks will appear only in 10-20 years. Interestingly, this estimate has not changed since the end of the 1990s, however, new problems are constantly arising, which constantly shifts the never-coming “bright quantum future.”

While giving a talk at MSU, Biamonte said that he takes a relatively different position in this respect. In his opinion, “useful” quantum computing systems will appear much earlier, but they will not look at all like the people and the press imagines them to be.

“Today there is one big problem in physics, which is at the same time its main advantage. Now, experimenters are in charge of everything, for some reason it seems that they are more important for science than anyone else. Thanks to the money they have, they almost destroyed theoretical physics”, – said Biamonte.

The professor himself considers himself a “classical” theoretical physicist, whose ideas dominated science about a century ago, in the early stages of the emergence of quantum mechanics and modern Einstein physics. In recent decades, such people, he said, were forced to “move” to the mathematical faculties, where they, including Biamonte himself, feel more comfortable.

“Experimenters, including the creators of quantum computers, are only concerned about their own developments. With rare exceptions, they know nothing about what is known and what is not known about the operation of such machines in physics as a whole, which affects their mentality and makes them give non-rational and emotional estimates”, explains the researcher.

For example, there’s no definite proof that quantum mechanical computers can outperform their classical counterparts. However, as Biamonte says, if we consider each simplified model as adding more evidence to this idea, collectively this provides a strong argument in favor of quantum computing.“On the one hand, Alexei Ustinov, Alexander Zagoskin and other leaders in this field are right – a quantum computer will not appear soon. On the other hand, in this case we are talking about universal machines that can correct their own mistakes,” the physicist notes.
Absence of such a feature, emphasizes Biamonte, does not make such machines useless or fatally imperfect

“In nature, there are countless examples of various quantum systems that do not have the capacity to do quantum error corrections. Their behavior is very difficult to calculate using ordinary computers. Therefore, creating a quantum system that simulates such processes will allow us to carry out such calculations and get something useful,” says Biamonte.

This idea is far from new – it was voiced by the famous American physicist Richard Feynman just two years after the publication of Manin’s first papers. As Biamonte noted, experimenters have been actively developing such systems in the past few years, and theorists have been thinking about where they can be applied.

Such analog computing devices, the so-called adiabatic computers or “annealers” in the jargon of physicists, do not necessarily have to use quantum effects in their work. Classical interactions between atoms will be enough for solving many problems.

“There are three types of such computers – classical annealers, their quantum-accelerated cousins and fully quantum gate-model based devices.. The latter was created in IBM laboratories, the first in Fujitsu, the second by the D-Wave startup”- explains the scientist.
Biamonte and his Skoltech colleagues are most interested in the third type of calculating machines for several reasons. Such devices, according to him, are the most difficult of these to create, but they can be used to solve the most complicated optimization problems ranging from machine learning to drug discovery.

“Gate-based devices are very interesting for us, but they are still a few years out while adiabatic and classical simulators are available to us right now. They are the most useful type of such machines in a practical sense”, — says the professor.
Many processes in physics, as the researcher notes, are “programmed” by nature so that they optimize themselves in order to achieve an energy minimum. Accordingly, if you learn to manage these processes, we can force a set of atoms or some other objects to carry out these calculations for us.

“Why waste a huge amount of processor time on such optimization tasks, if a classic annealer or a quantum device similar to D-Wave processor can do this? Figuratively speaking, why do we need a virtual wind tunnel if we already have a real one? Many Russian companies started thinking about it and we are actively cooperating with them, “continues Biamonte.

Successful completion of these experiments will pave the way for the creation of quantum annealers, in which the principles of quantum physics will be used to accelerate the interactions between atoms and other particles. Of course, it won’t be possible to use them to solve most of the science-related problems, but they will be able to execute many “everyday” tasks, such as optimizing traffic or managing a portfolio of stocks.

Many people, as noted by the Skoltech professor, believe that Google will win the quantum race. Biamonte himself believes that this impression is deceptive – representatives of the Californian company are very fond of crowing about their successes, but rarely publish scientific papers and reveal the inner workings of their quantum machines.

In his opinion, IBM’s engineers are the closest to success today – their computers really work and can be checked at any time through the cloud systems created for this by the blue giant. Their scale is still quite limited, and they still can’t be used to solve complex problems.

If such “serious” systems appear in the near future, a natural question arises. What can you create them from, what sizes can they reach and how will they influence our life?
According to Biamonte himself, there are no fundamental physical limitations for the emergence of quantum computers or annealing machines containing millions of qubits. On the other hand, it is not clear now how many there will be, since we are now at the very early stages of the development of quantum technologies.

“Today we are trying to adapt existing technologies in the microprocessor industry to work with quantum computers. No one is sure that this is the right way. There are systems that are much better suited for creating quantum machines, but which are much more difficult to manage “- explains the scientist.
For example, there are natural defects inside diamonds, empty regions that are isolated from the outside world almost as well as single atoms that reside in the vacuum of outer space. It is not clear how many such points can fit in one diamond and how close they can be to each other without interfering with the work of neighbors. The answer to this question will determine whether diamonds will be used in quantum computers or not.

Indeed, large quantum machines, as the Skoltech professor noted, will solve not only practical tasks related to the everyday life of a person, but also some of the most interesting scientific riddles.

For example, they can help us study the quantum nature of gravity and test Biamonte’s theories about the symmetry of time by observing whether unexpected disturbances arise in their work when scientists try to “break” this symmetry or turn back time while conducting calculations with such a computer.
When humanity is done with these tasks, what will it do next? This question, according to Biamonte, is somewhat related to the search for extraterrestrial life and how representatives of alien civilizations can signal their existence. 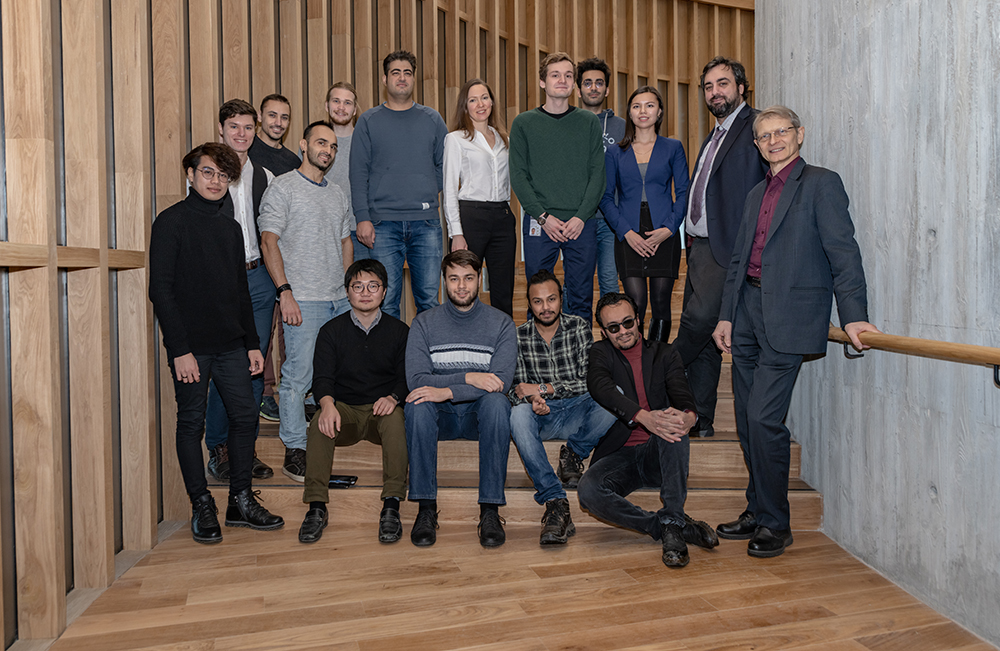 “Imagine that we will master all the energy and power of the Universe. What will we do first? Of course, we can destroy ourselves, but we can imagine a more interesting scenario. For example, we will have the opportunity to accelerate the movement of the whole Earth to extremely high speeds and leave the computer in orbit, “- says the physicist.
In accordance with the theory of relativity, time on such a planet will slow down. If we spend dozens of years in this state, a quantum computer or its ordinary cousin in the “outside world” will work for several thousand years. It can be either a man-made device or a ‘natural’ space object, such as a cloud of interstellar gas.

“How often can we do this? There is no obvious limit on such a thing, but we all know that the late Universe will not be a very interesting place for us. The stars will gradually begin to fade and the galaxies will become invisible to each other due to the expansion of the Universe “, – said the professor.
Such an idea has an obvious extension – if such a feat is achievable by the mankind, what prevents the aliens from doing the same? If so, some kind of traces of such “cosmic” quantum or classical computing should be present in space.

“What can it be? I can’t give an exact answer to this question and suggest how to look for such clues. At the same time, the existence of such “cosmic computers” seems to me much more likely than the spontaneous emergence of “intelligent planets” and other space objects capable of realizing their existence, which “quantum” philosophers often argue about, “concludes Biamonte.