On December 14, 2018, Director of the newly established Skoltech CNBR Professor Fabio Macciardi presented groundbreaking research on the evolution of the human brain at the 2018 Huashan International Neurosurgery Conference (HINC2018).  In one of the keynote lectures, Professor Macciardi introduced the newly established CNBR and presented the results of studies on the evolution of the modern human brain shape and function by looking at clues from the presence of fragments of Neanderthal DNA.  This collaborative work was published in the journal Current Biology and involved three senior investigators, including Professor Macciardi.  On the day of the lecture, an international press release announced the significance of the work which was covered in all major news outlets, including the New York Times and CNN.  In addition, editorials about the significance of the work were published in the journals Nature and Science.  Immediately preceding Professor Macciardi’s lecture, Professor Charles Liu delivered another keynote lecture on the importance of maximizing the impact of neurosurgery to address critical issues related to brain restoration, emphasizing the importance of collaborations between international institutions to solve issues of global relevance.  Professor Liu is the Director of the USC Neurorestoration Center and a key member of the CNBR leading the clinical integration strategies.

The Shanghai conference is the largest and most important neurosurgery conference held in China annually.  The HINC2018 was attended by many of the most prominent neurosurgeons from around the world, including the USA, Canada, Europe, Japan, and China. Neurosurgeons from the Moscow’s Burdenko Neurosurgical Institute were also in attendance.  This year, the conference was held to commemorate the opening of the Huashan Neurosurgical Institute on the new West Campus.  The Department of Neurosurgery of Huashan Hospital is affiliated with Fudan University School of Medicine and is the highest volume neurosurgery department in the world.  It is one of the key future collaborators for the CNBR.  Together, Professors Macciardi and Liu are working to expand ongoing collaborations between the Skoltech CNBR and Chinese institutions as part of a greater effort involving the BRICS nations around neurosciences.  In early 2019, plans are in place for a series of bilateral visits between the leadership of Chinese institutions and key Skoltech CNBR members, including Professors Macciardi and Liu, as well as Professors Philipp Khaitovich and Vladimir Zelman. 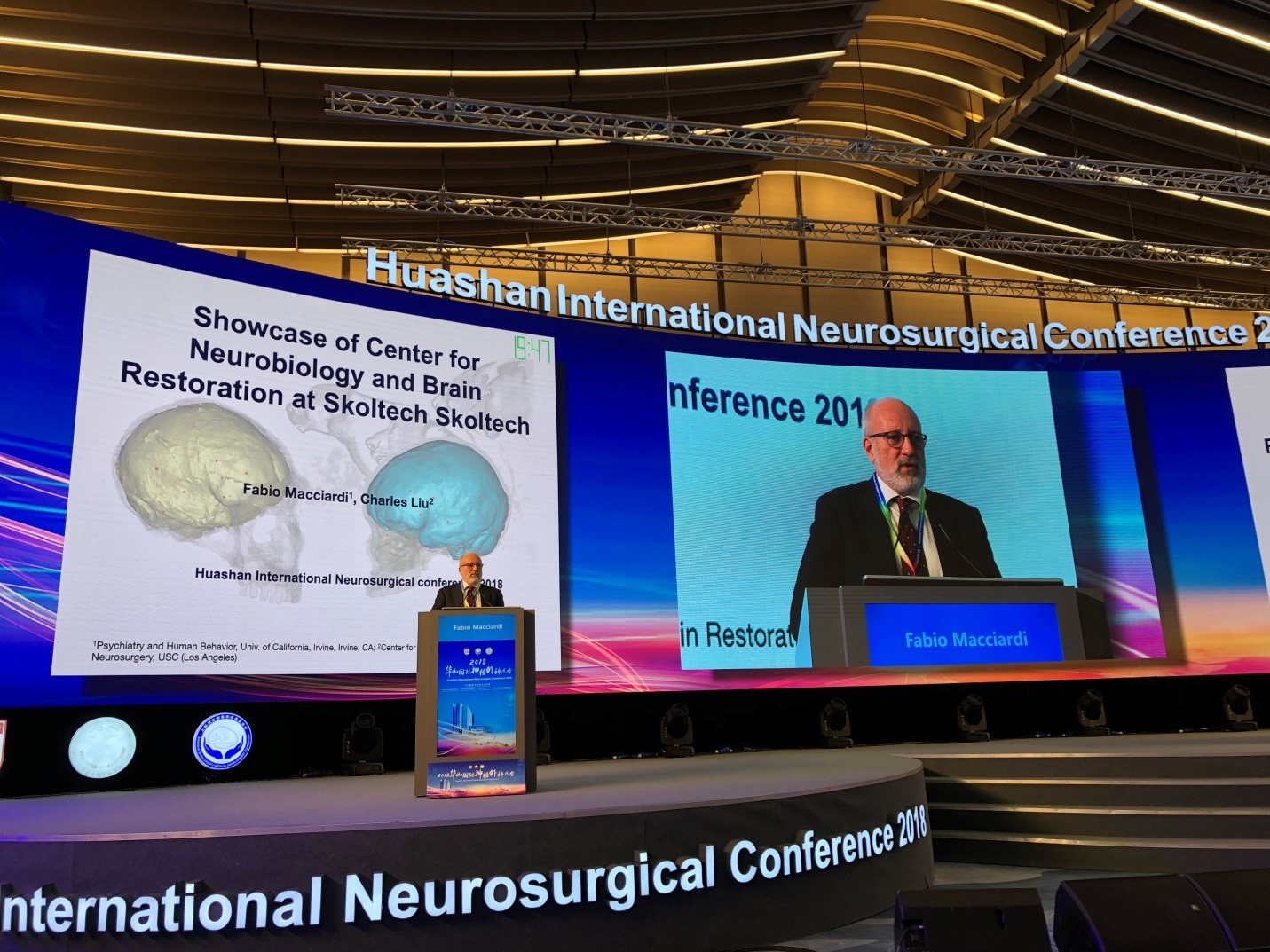