Young researchers of the Skolkovo Institute of Science and Technology (Skoltech) win the 2018 Moscow Government Award for Young Scientists.

“We are proud of our outstanding scientists and their ground-breaking discoveries in biology, mathematics, physics, chemistry, economics and many other areas. They have set up a strong tradition for the current generation of researchers to build upon,” said the Moscow Mayor Sergey Sobyanin, addressing the winners.

This year Skoltech’s researchers collected the coveted awards in three categories. Mikhail Bershtein won the award in the “Mathematics, Mechanics and Computer Science” category for a series of studies on the theory of representations of infinite-dimensional algebras. Maria Logacheva came out on top in “Biology” for her research accomplishments in the functional and evolutionary genomics and metagenomics of the flowering plants. Sergey Shmakov picked up the award in the “Biotechnology” category for the discovery of new types of CRISPR-Cas systems and their use in genome editing and other biotechnological applications.

We caught up with the winners to find out what had led them to a career in science.

As a kid, I went to a school in Kharkov, which had a well-structured enhanced math program, where I joined my first Math Circle run by Elena Arinkina, my math teacher until 7th grade. After finishing school, I entered the Physics and Mathematics Lyceum and successfully participated in Mathematical Olympiads for schoolkids. I am thankful to my father who played the key role in my mathematical education; a graduate of the Department of Mechanics and Mathematics at Kharkov University, he guided me along, explaining how to solve problems and helping me to choose the right book from our substantial collection at home. I continued my studies at Kharkov University where I stayed one year before entering the Department of Mechanics and Mathematics at Lomonosov Moscow State University. Simultaneously, I studied at the Independent Moscow University where I met my future supervisor, Boris Feigin. Later, I did my postgraduate studies at Landau Institute of Theoretical Physics, RAS, under the supervision of Alexander Belavin who worked with me a lot throughout the program. 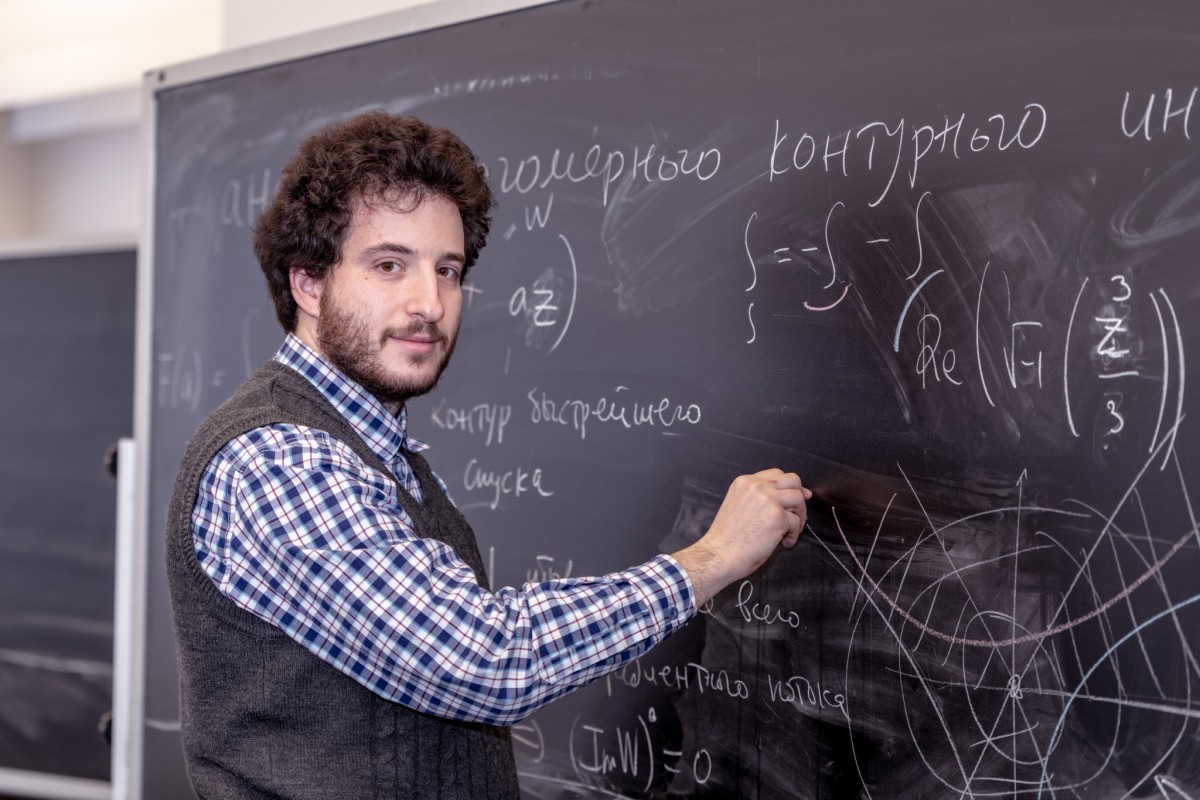 My research is concerned with infinite-dimensional groups where elements depend on an infinite number of parameters. These groups have representations that are always infinite-dimensional too. I also work on the applications of the theory of representations. In fact, the functions that define the representations have a lot of remarkable features: they help you to solve some differential equations or can serve as correlation functions in physical theories, such as a two-dimensional conformal field theory or four-dimensional supersymmetric gauge theories. This is a very broad topic that research teams worldwide are working on. I plan to continue exploring this topic, too.

I joined Skoltech in 2016 when our Center for Advanced Studies was still at the incipient stage. By Russian standards, Skoltech is a truly unique university in that it boasts top-notch research facilities and an extensive collaboration network, making it easy to bring in guest researchers from across Russia and beyond and host scientific schools and conferences. Its administrative staff is always there to help with various matters. And last but not least, Skoltech has a lot of bright students that inspire you to hone your skills and learn new things. Working for Skoltech is both an honor and a great responsibility.

Although I do my mathematical research full-time, I have some time left to work out at the gym a couple times a week to keep fit. I also enjoy swimming and cycling. Like everybody else, I like reading books and watching movies.

Our family history gives a precise account of how I developed an interest in plants. A few months before I was born, my parents bought a rare and expensive six-volume book, “Plant Life,” which was one of the best popular science editions in the early 1980s, in the hope that their future child would take an interest in nature. Their hopes came true: as a little girl, I loved this book and never as much as rumpled a page. I cannot say for sure whether “Plant Life” was the first book I read myself, but it was definitely my favorite. I changed several schools that offered enhanced programs in different subjects, including one that specialized in foreign languages. Thanks to this particular school and my mother’s involvement, I took a liking to the French language and French culture. I never stopped loving plants though, so in my senior class I decided to apply for MSU’s Biology program and immersed myself in biology studies. As a senior, I took an interest in the molecular biology of plants, the topic I continued to work on during my PhD studies. 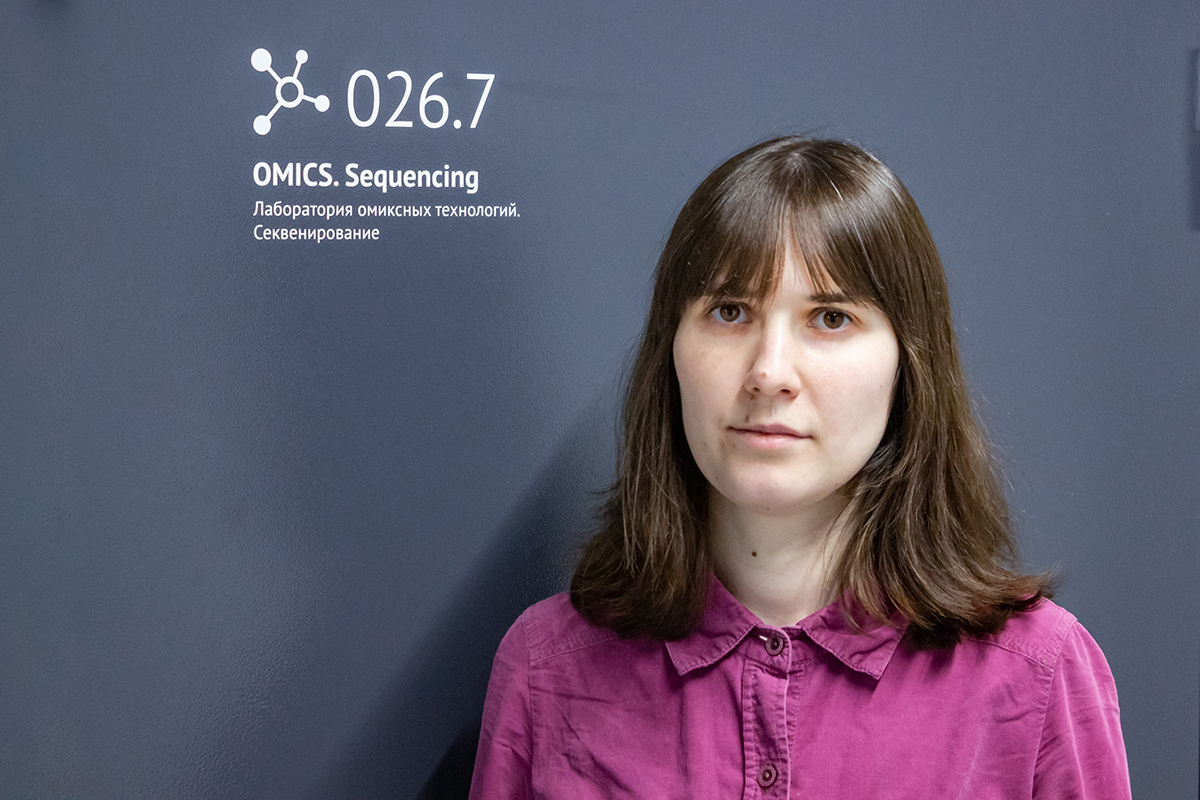 I’ve been doing research on plant genetics and genomics for over 12 years, focusing on several areas of interest. I have been leading research studies into the genome of a major agricultural crop, buckwheat, since 2007. My PhD thesis was concerned with the genome of buckwheat plastids. Right now, we are completing work on a genetic map that may help speed up the creation of new varieties of buckwheat. Over the past two years, I’ve been managing a project that aims to develop methods for identifying the composition of complex plant-based mixtures, such as herbal teas, spices, honey and the like. This is a study of a purely applied nature that should help improve food quality control.

As for basic research, the most remarkable results were attained in the evolution of genomes. For example, our study of Genlisea aurea, a plant that has the smallest genome among all the flowering plants, showed that the reduction is caused by a decrease in the size of gene families and not only by the loss of the non-coding DNA. The plants that have lost their photosynthetic ability are another example of the reduction process. We demonstrated for a multitude of plant species that despite the sharp decrease in the number of genes in the genome of plastids (the organelles responsible for photosynthesis), some of the genes remain intact and are apparently involved in other processes not related directly to photosynthesis.

The applied research project that I direct, which makes up part of the “Research and Development” Federal Target Program, resulted in the development of new methods that help identify the components of complex herbal mixtures. When applied in real life to determine the composition of herbal teas available on the Russian market, the methods produced a surprising result: most of the teas either lacked the ingredients from the manufacturer’s list or contained unlisted ingredients. What’s even more appalling is that the teas touted as “natural” or “environmentally friendly” contained the greatest number of foreign substances.

Our institute provides an excellent environment for research and helps with organizing the work. Managing the Skoltech Genomics Core Facility sets new goals that help broaden our horizons in genomic research and work on exciting projects.

While further developing our Genomic Core Facility, I expect to explore new methods, including monomolecular sequencing, and get more deeply involved in educational projects, such as student and graduate projects, summer schools, etc. As for my own research plans, in the years to come I will focus on the buckwheat genome research project supported by the Russian Science Foundation grant. I also plan to study non-photosynthetic plants and their properties in depth and, in particular, their response to light.

I hope that despite these ambitious plans, I’ll have a chance to spend more time with my daughter.

I started looking into the CRISPR-Cas systems way back when I was working for the industry. At the time, I was attending a summer project at the Moscow School of Bioinformatics, run by Professor Mikhail Gelfand, where I pursued a course delivered by Professor Konstantin Severinov. I was so enthralled by his lectures that I decided to do a project at his lab. Our study focused on the adaptation mechanism of the CRISPR-Cas systems. My first paper had been published before I joined Skoltech. Soon after, I enrolled in Skoltech’s PhD program and that’s where we started the research that I’ve been honored for. 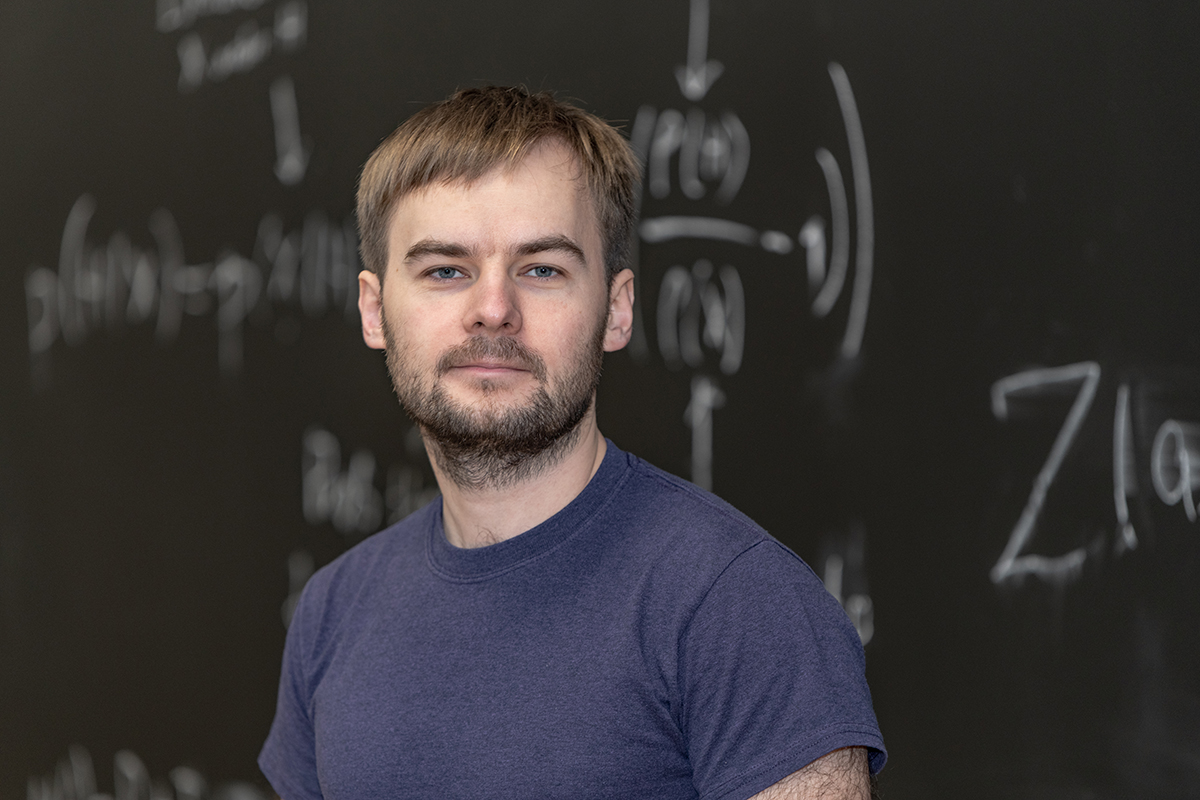 We looked for new CRISPR-Cas systems; they are really worth studying from both the perspective of evolution and their possible application in biotechnology. CRISPR-Cas systems insert short viral DNA sequences into the genome and then use them as a viral database to combat viruses. Identifying and splitting the DNA using a short sequence is the long-sought-for genome editing tool. The project is not completed yet, as we are still carrying on with the research. It took us only four to five months to obtain the first results, but further work proved to be more time-consuming. We discovered several new second-class CRISPR-Cas systems where the target is pinpointed and the DNA is “cracked” by a single protein, which makes these systems a handy DNA editing tool. The new systems we identified expand the range of existing tools, while offering a wealth of novel features, such as RNA detection, editing and monitoring. The research community eagerly embraced these discoveries and our methodologies.

Skoltech holds up to the world standards in academia and research, which, as proved by our example, allows for making notable discoveries and effectively disseminating them both to the scientific community and the industry. Skoltech offers its students a plethora of opportunities, such as studying under top-notch professors and working at state-of-the-art labs, which engage in diversified research and maintain ties with leading labs around the world. This makes Skoltech students capable of competing with scholars at an international level. What is also important is that Skoltech provides its students with sizeable financial support, which gives you a sense of freedom and helps you to focus fully on your studies and research.

It is five years since I switched from engineering to biology, and I intend to carry on with my studies, research and personal development. There are plenty of challenging topics and problems that I am eager to study and find solutions to.

I am excited about other areas of science, too, but unfortunately I don’t have a ton of free time to study physics or computer science. In the little leisure time I have, I do rock climbing and cross-country skiing.

The Moscow Government Award for Young Scientists was established in 2013. The contest is open to young Russian scientists working for Moscow organizations: postgraduates, Candidates of Science, researchers, specialists (up to 35 years old) and Doctors of Science (up to 40 years old). The award amounts to 1,500,000 rubles. A total of 50 awards in 22 categories were presented at the end of 2018.